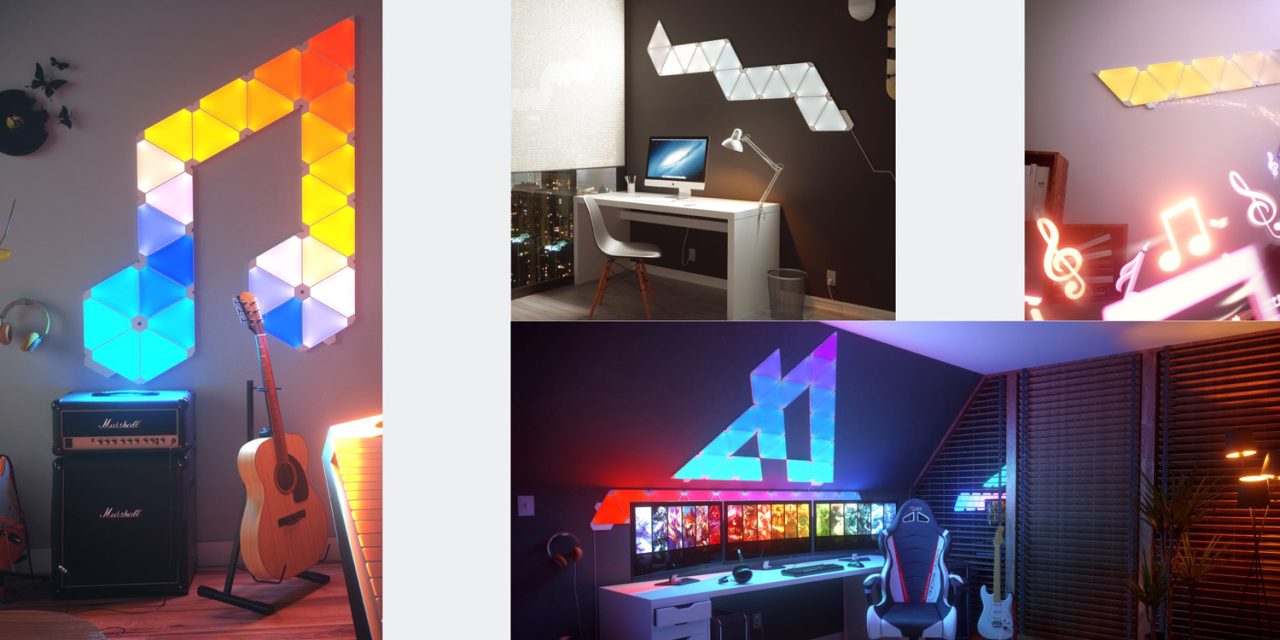 Both Zac and I are fans of the HomeKit-compatible Nanoleaf Aurora smart lighting panels – which Zac dubbed ‘a screensaver for your wall.’ The device just got even better with a small plugin that allows it to sync displays to your music …

The Aurora Rhythm is a new sound module that transforms your playlist into a dancing symphony of color and light.

The Rhythm add-on module transforms music into light for your Aurora. Plug it in, turn it on, and embark on a sensory adventure personalized just for you.

From the description, there’s no configuration needed – just plug the 3×2-inch audio module into your existing panel and it will listen to your music and create an automated animated display in tune with the music.

Nanoleaf didn’t give any details on how the sync works, but from the video demo below it appears to respond to volume as well as beats.

The Aurora Rhythm costs $49.99, with preorders already sold out.

The company is also launching a cute remote later in the fall. This appears to have no buttons or controls of any kind. The visual shows a dodecahedron somewhat reminiscent of the company’s funky bulbs (review) which you turn or place on a different face to change the animation.

(An earlier version of this post had a concept video of a black one, but the company tells me it will now be white.)