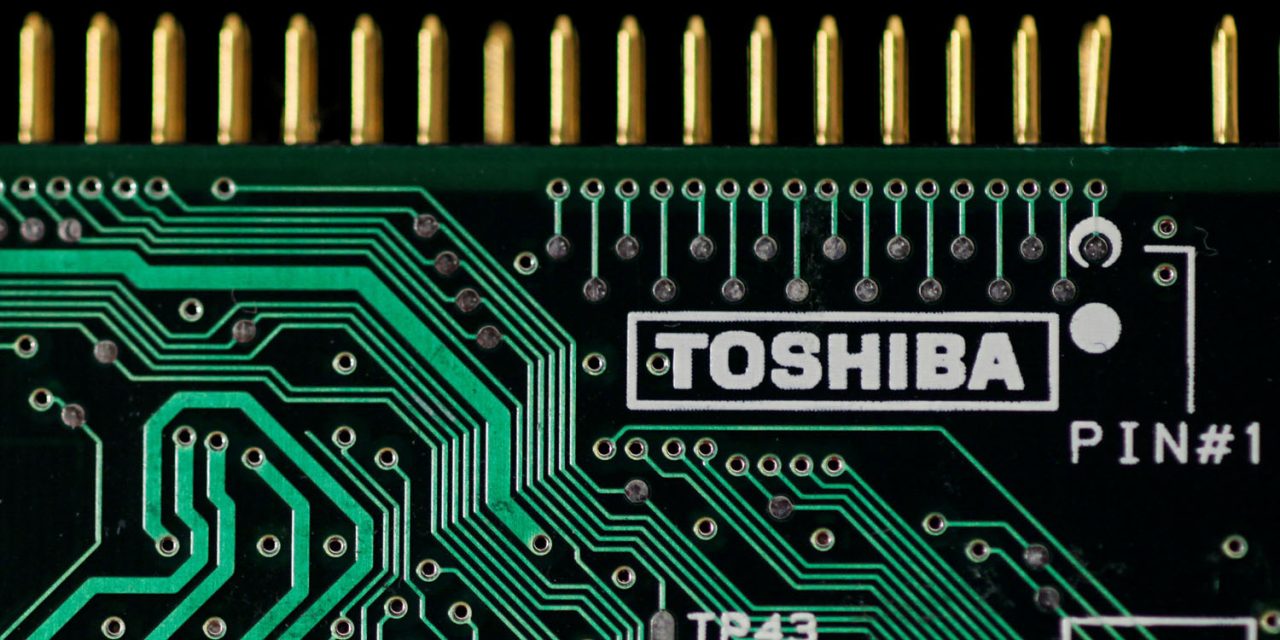 FILE PHOTO: A logo of Toshiba Corp is seen on a printed circuit board in this photo illustration taken in Tokyo July 31, 2012. REUTERS/Yuriko Nakao/File Photo
0

The ongoing saga of Toshiba’s sale of its memory chip business seems destined never to end. First it was unclear whether it was Apple or Foxconn bidding for it, then it was both, but possibly neither, then Apple without Foxconn – and in the latest twist, the two are now bidding rivals …

The WSJ reports that while Toshiba had previously been uneasy about accepting Foxconn’s offer, it is now considering approving the deal as Foxconn’s bid is higher.

Some board members of Toshiba are making a last-minute push to accept Foxconn’s bid for Toshiba’s memory-chip unit, fighting an uphill battle against Japanese government pressure to choose a bidder with fewer Chinese ties […]

The Foxconn consortium is getting a vocal boost from some board members, said people involved in the discussions, [arguing that] Toshiba needs to get a maximum price so its remaining parts can survive.

Foxconn’s bid is higher than that of Western Digital and a Bain Capital-led group which includes Apple, but the Japanese government is concerned about proprietary technology leaking to Chinese companies.

Just to add further uncertainty, some board members apparently feel that they shouldn’t sell the chip division at all as it’s the most profitable part of the company …

While the business is a profitable one, Apple and Foxconn’s main interest is to secure supplies of NAND chips at a time when shortages are expected to persist for several years.