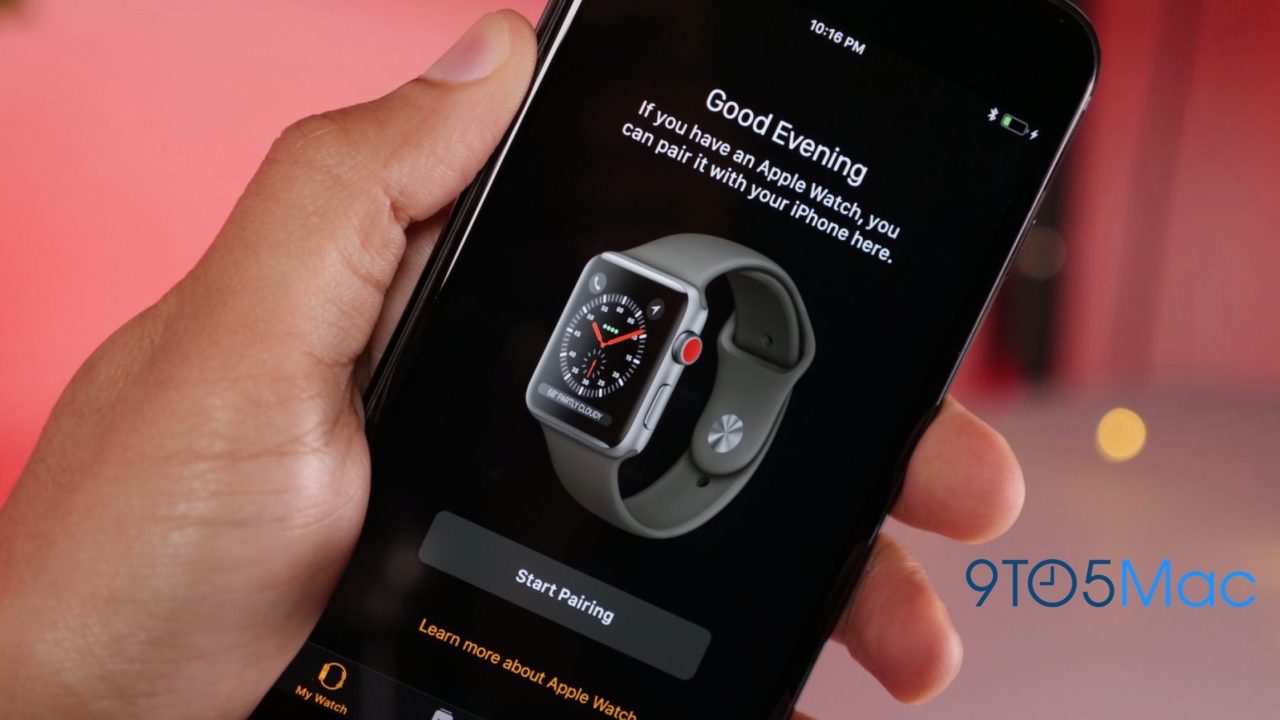 We’re still digging through the new iOS 11 GM firmware, and we’ve unearthed what we believe is the new LTE Apple Watch Series 3 that will be announced on Tuesday. The new Apple Watch makes a brief appearance in the Watch app sporting a red-accented digital crown, a signal meter, and complications that further hint at wireless LTE connectivity.

Notably, the LTE Apple Watch appears to share a similar form factor as the Apple Watch Series 2, meaning you’ll be able to use the same bands from previous generations. The model demoed in the Apple Watch app is a Space Gray model with a black Sport band. The Digital Crown is accented with an attractive red surface, which would help to easily identify the fact that it sports a new LTE wireless chip inside.

Assuming that red Digital Crown is the LTE antenna, it’s possible Tim Cook was testing this in the wild when the original Apple Watch launched.

The presence of a pre-iOS 11-styled signal meter, though, is what makes it apparent this is the cellular-enabled version of the Apple Watch. There are also complications for phone connectivity and navigation, further suggesting the presence of new wireless radios. 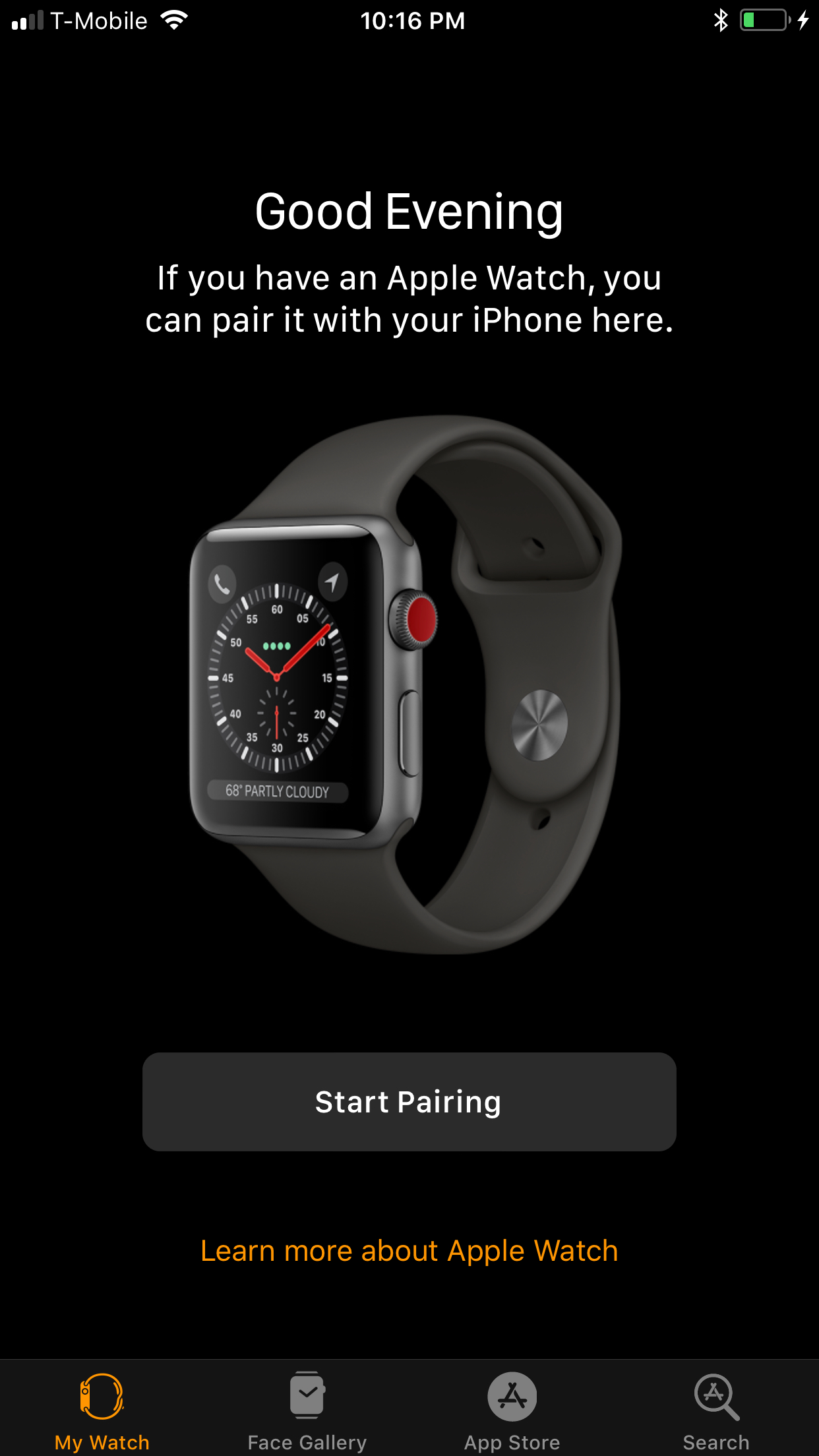 We should learn all about what will be presumably called the Apple Watch Series 3 during Apple’s keynote this coming Tuesday. Keep it locked to 9to5Mac for additional information before, during and after the iPhone 8/Edition keynote.