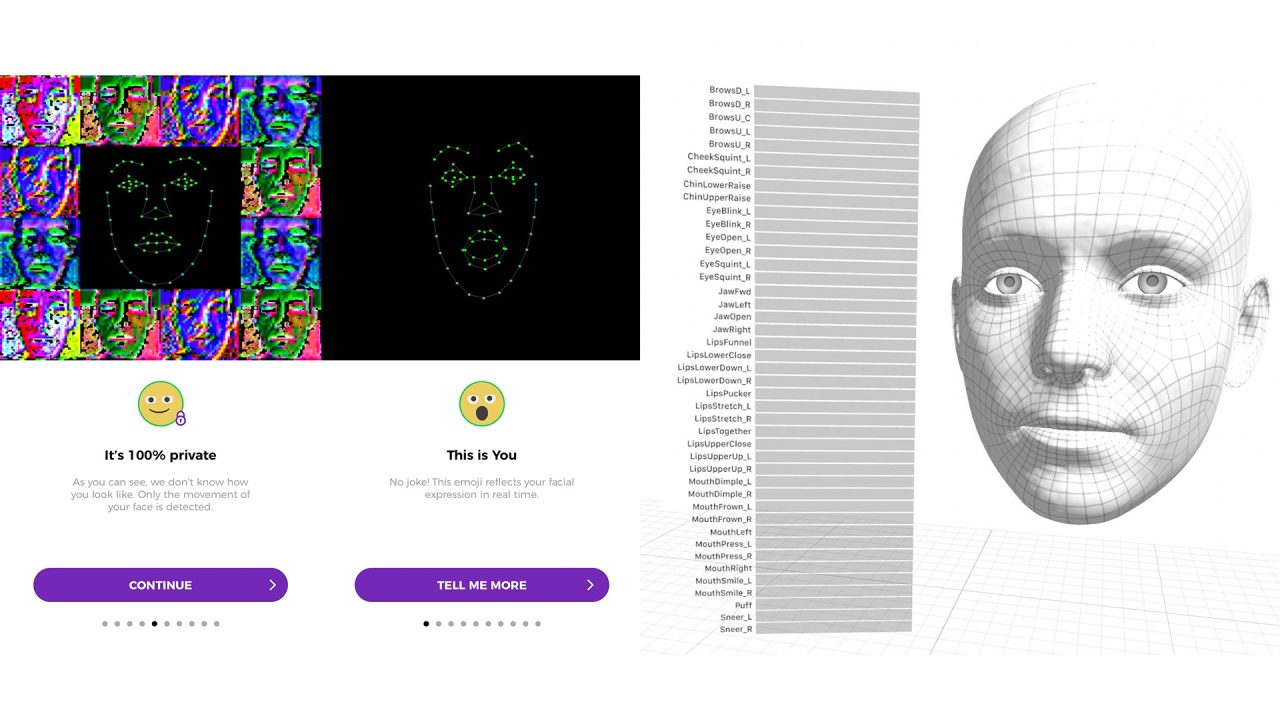 Over the weekend we gave you an exclusive look at some of the big new features coming to iOS 11 and the soon-to-be-announced iPhone 8, 8 Plus, and iPhone X. One of the highlights is a novelty feature for iMessage called Animoji, which will allow users to send their friends 3D emoji animated by actual facial expressions. Apple isn’t the first company to pull off this effect, however. A new social app called Polygram has already implemented its own version of facial reactions, and you can run it on your iPhone today.

One of the hallmark features of iPhone X will be a depth-sensing camera module that allows for much more precise facial recognition and scanning. Apple plans to make use of these new sensors first and foremost with Face ID, an authentication system for unlocking your device and making purchases by simply looking at your phone.

The new camera system will also be used to bring the standard iOS emoji set to life. Apple has created custom 3D models of certain emoji characters which can be animated simply by making faces at the camera. The catch is that you’ll need an iPhone X to try out Animoji, because the effect relies on the new camera hardware. If you’re impatient or don’t plan on shelling out $1000+ for an iPhone X, but still want to try out the effect for yourself, Polygram is the next best thing.

On the surface, Polygram looks like a clone of Snapchat. You can take photos and add them to your story, view disappearing images from others, and even use live selfie filters. Where Polygram differs is how you interact with others. Polygram analyzes your facial expressions in real-time and animates emoji with them, so your friends know how you reacted to seeing their posts. The idea sounds almost identical to Animoji, but since the technology isn’t hardware dependent, it can run on any modern iOS device.

Polygram’s CEO Faryar Ghazanfari tells me that the algorithms powering the app have been tested to run smoothly on devices as far back as the iPhone 5, but there’s no reason it couldn’t work on even older phones.

Traditional face tracking technology relies on identifying a series of points on the user’s face, which a general face pattern is matched and modeled to. This process is repeated for every frame of video to generate a smooth result. Polygram has developed new technology that analyzes video at the pixel level to make more advanced facial recognition features possible – like knowing when you’re sticking out your tongue. The result is an app that’s fun to play around with, and gives some insight into how Animoji will work.

For the last YEAR I’ve been battling App Store rejections – we made an app called Animoji with animated emojis…now I know why. https://t.co/jKJXfLMGj2

After the reveal of Animoji, Ryan Jones tweeted that Apple had repeatedly rejected an application he’d been working on of the same name. Ghazanfari has faced no such problem, likely since the technology and its implementation is distant enough from how Apple plans to use Animoji in Messages. Polygram was approved onto the App Store without hassle and has faced no problems with Apple since. You can download Polygram here.