It seems someone at Verizon was a little too eager to hit the update button over the weekend; several people on Reddit noticed that the Verizon app was displaying ‘Apple Watch Series 3’ in one of the configuration screens for adding a device.

This certainly gives a strong indicator that Apple will indeed brand its next-generation LTE-enabled Watch as ‘Series 3’. However, it is worth noting that the leaked firmware hasn’t been able to corroborate the name …

It is well reported at this point that Apple will launch at least one new model of Watch tomorrow with cellular LTE capabilities.

However, whilst we are pretty sure we know now the marketing names of the iPhone X and iPhone Pro, the Watch branding has so far proven elusive. 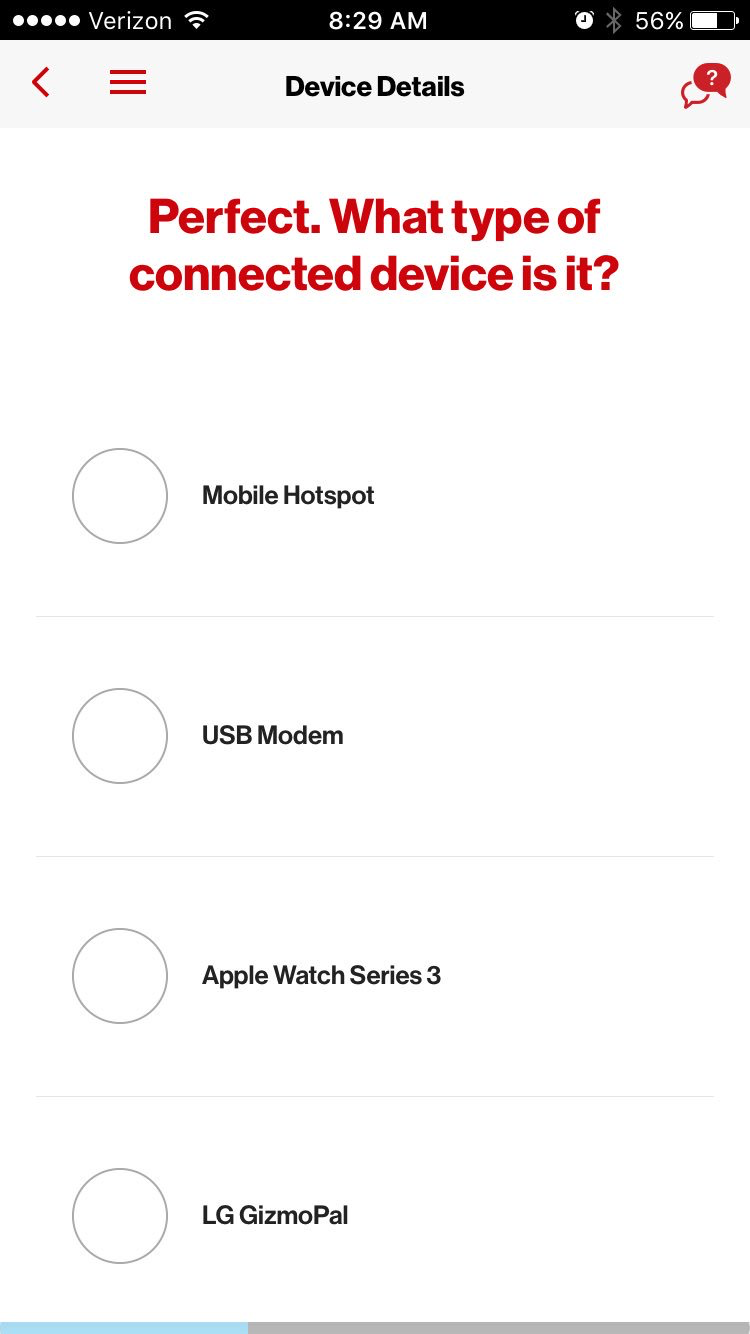 The accidental leak by Verizon gives a lot of weight to the ‘Series 3’ name but we have to acknowledge the possibility that the carrier is simply preparing its backend for the addition of Apple’s new Watch and it is using placeholder product names until the official name is revealed.

What’s interesting is that the iOS 11 GM code does not contain any mention of a Series 3 Watch. In places where we would expect it to be there, only the Series 1 and Series 2 are listed.

That’s not to say we don’t know a lot about the Watch already. We have seen a marketing photo of what it looks like, know that it will support both data and phone calls over the cellular network, and have some insight into the automatic carrier setup process. We have also found code references that indicate the new Watch will come in two new case finishes; blush gold and ceramic gray.

We’ll know for sure what Apple decides to call the new Watch models tomorrow, when Apple holds its September event at Apple Park. It will officially unveil the new iPhone 8 and iPhone X, a 4K Apple TV and the new Apple Watch generation.