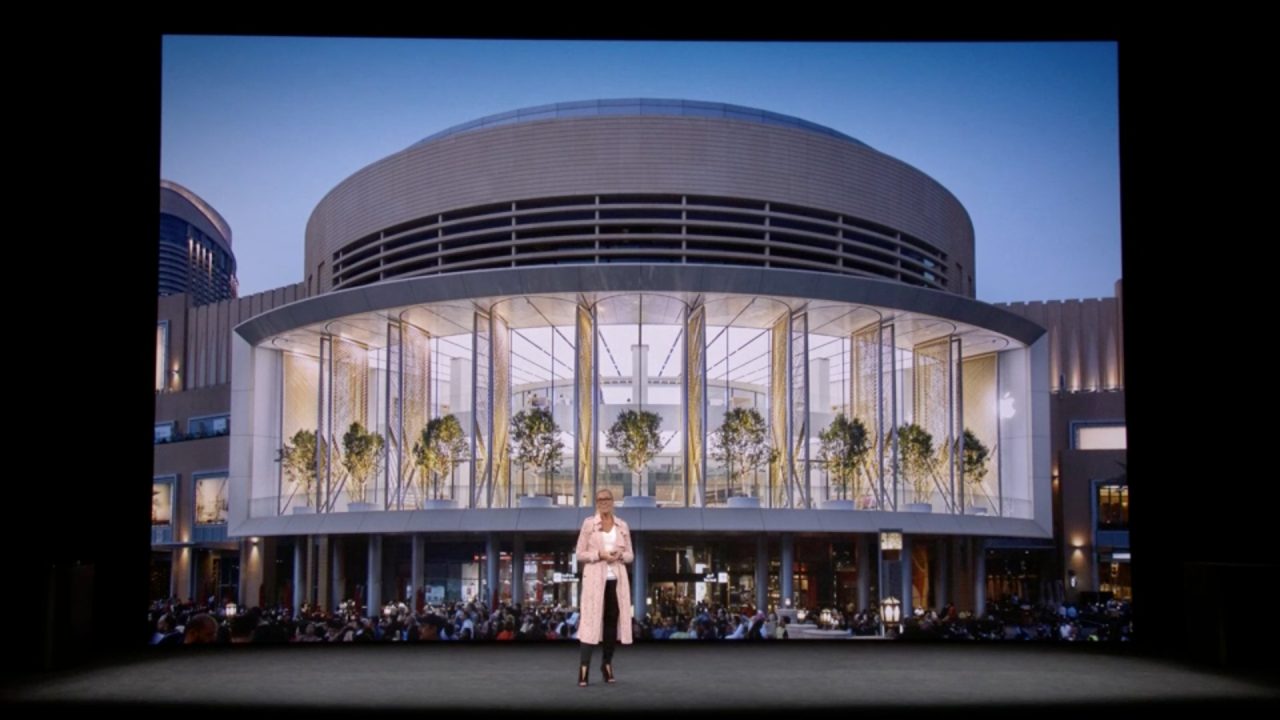 Ahrendts said that over 500 million people visit Apple retail stores every year and talked about Apple’s recent expansion of retail efforts, including its new Today at Apple initiative. She also talked up Apple’s biggest retail stores, which include things such as a boardroom for collaboration, a public forum, the Genius Grove, and more.

What’s next for Apple retail?

“We’re going to continue to open Apple Town Squares in cities around the world. We’re going to invest in online and continue investing in our classic stores.”

Ahrendts also talked about Apple’s upcoming stores, including a 5-story store in Paris, the updated Fifth Avenue location, and its Carnegie Library location. Finally, Ahrendts said that Apple’s new Chicago retail location (the one that looks like a MacBook Air) will open on October 20th.