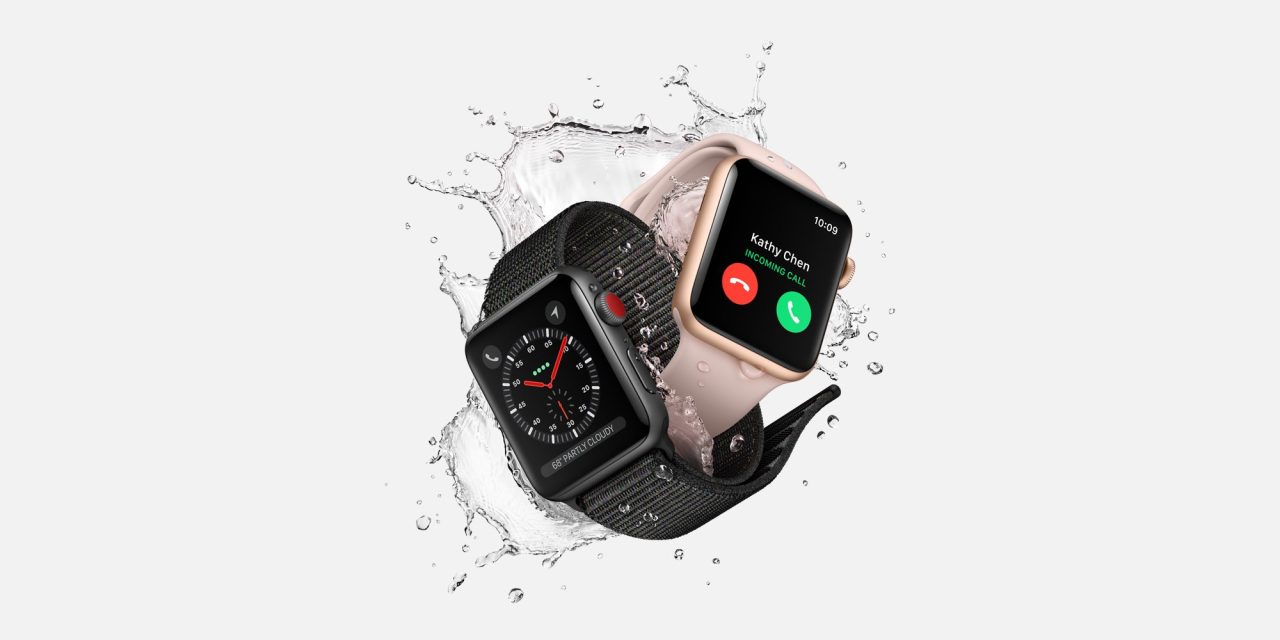 Update: AT&T, T-Mobile, and Verizon have all announced $10/month plans with an initial three months of free service.

Today’s announcement of the Apple Watch Series 3 with cellular support included details on how the device will function with wireless carrier plans. Apple mentioned that the phone number from the iPhone will remain the same and be usable on the Watch.

There is one obvious caveat though: to get the cellular functionality of your Watch, you may be required to pay an additional fee to your carrier. Only AT&T and Verizon have officially announced their price points as of today, but we’re expecting to learn more from other carriers soon.

Jeff Williams, Apple COO, took to the stage to demo off just how the cellular functionality would work with the new Apple Watch. Placing a call to Deirdre, who was paddle boarding at the time, he made sure to let the audience know he was placing the call over AT&T.

The nationwide carrier has already announced that its plan will cost customers an additional $10/month. Verizon has decided to begin its plans by being more gratuitous with its customers. Users on a Verizon plan will be able to get three free months of service to start, before being charged $10/month as well. T-Mobile is offering the same free three months of service, then upping it to $10 per month.

The Apple Watch Cellular page lists support for Sprint, but it hasn’t announced pricing just yet. For Apple Watch Series 3 users in Canada, Bell and Telus will be available later this year. AT&T, Sprint, and T-Mobile are also offering support for customers in Puerto Rico.