Apple Watch Series 2 has been removed from the lineup, while Series 1 remains with a price cut. Let’s dive in and take a look at how the current Apple Watch lineup compares with specs and pricing.

There’s good news for everyone when it comes to the new Apple Watch lineup. Those who don’t want or need GPS and were considering a Series 1 Watch can now pick one up for less than ever before at $249/$279 (Series 1 works with GPS/Maps when using with an iPhone, it just doesn’t have stand-alone GPS functionality).

Those who want GPS, a faster processor, and more but don’t want cellular can get the new Apple Watch Series 3 for less than the Series 2 sold for. And now, for the first time, Apple is also offering a cellular model, enabling some great new features and benefits to users.

Here’s an overview of the new models and pricing:

As for Series 1, you do get a dual-core processor which is an upgrade over the original Apple Watch, but you’ll miss out on a lot of improvements and features that Series 3 brings to the table.

This is the headline feature for Apple Watch Series 3 and the GPS + Cellular models also bring a handful of other features and benefits beyond the Series 3 GPS model. But first let’s look at how cellular functionality changes things.

You’ll be able to make phone calls with the same number as your iPhone, receive and send text messages, stream Apple Music (coming next month), use Siri, and much more without needing your iPhone nearby.

Like Chance mentioned recently, this really makes Apple Watch a true iPhone replacement in many situations. 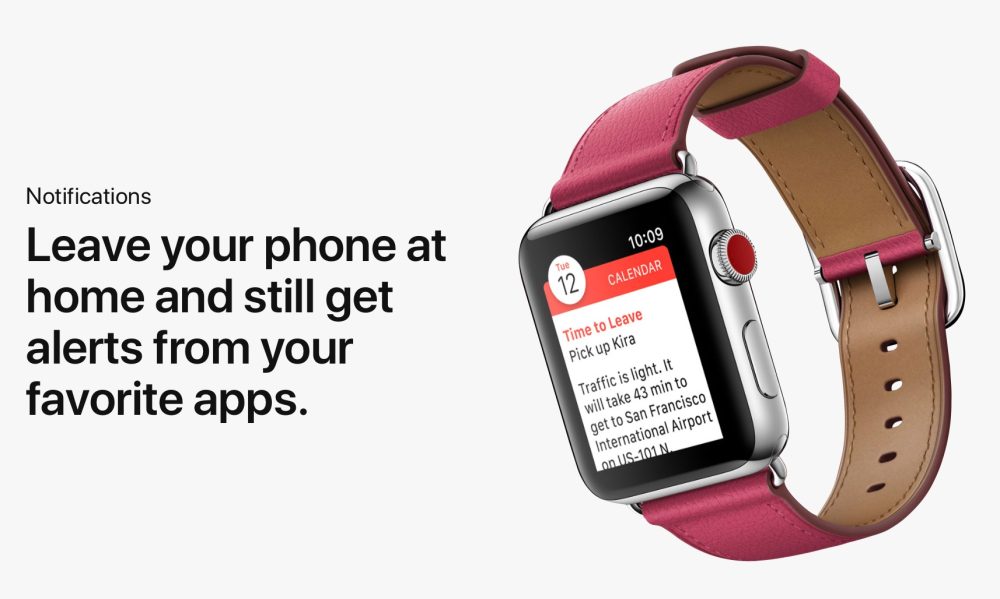 Beyond the value of the cellular functionality, the GPS + Cellular model features 16GB of storage vs. 8GB on the other models, has a ceramic back vs. a composite back, and sports a red digital crown. Just don’t forget that you’re looking at about $10/month from most carriers to add a cellular Apple Watch.

Both the GPS and GPS + Cellular Apple Watch Series 3 models sport the new S3 processor and new W2 chip. The S3 dual-core processor will bring up to 70% faster performance (although Apple didn’t say on stage if that’s in comparison to the S2 or S1, but hopefully S2).

The W2 chip will deliver 85% faster Wi-Fi and Bluetooth connections, while also being 50% more power efficient. Another new feature with Series 3 is a barometric altimeter, making it more accurate for tracking stairs climbed, outdoor workouts, and more.

Until the Series 3, Siri hasn’t responded to your interactions with the intelligent assistant. Now, you’ll find the same full-functionality that you’re used to with Siri on iPhone, iPad, and Mac on new Series 3 Apple Watches.

All Apple Watch models offer “Up to 18 hours” of battery life, which is impressive particularly with the new cellular model. For a detailed breakdown on Apple Watch Series 3 battery life for various uses, check out the stats here.

No matter which model you choose, most users will find charging nightly will still be a requirement. However, charging will become a bit easier at some point in the future, as Apple teased wireless Apple Watch charging with its AirPower product.

The fact that the latest Apple Watch software watchOS 4 will run on any Apple Watch model is awesome. The update will bring a lot of great new features to Apple’s wearable like new Siri and Toy Story watch faces, enhanced Music and Workout experiences, Apple News, person to person payments and Apple Pay Cash, and more. 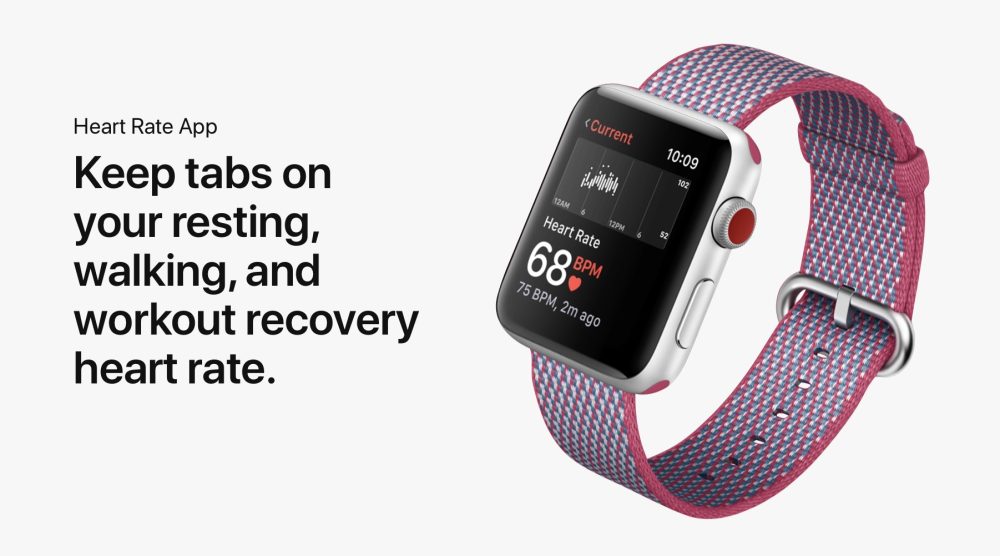 Apple also announced new Heart Rate tracking features that will come to Apple Watch, however, it seems unclear if that will be with just Series 3 Apple Watches or with all models.

Unless you’re really on a tight budget, it seems to make the most sense to go for a Series 3 Apple Watch. If you don’t want cellular, the Series 3 GPS model nets you a faster and smoother experience, better water resistance, brighter screen, and more for only $80 more than a Series 1 Watch. You’ll also likely to see more longevity with a Series 3 Watch.

If you’re interested in cellular, well, I think most people will be really pleased with the reasonable starting prices of $399 and $429 for all that you’re getting. With it only being $70 more than the non-cellular Series 3 model, I’m betting the Apple Watch Series 3 GPS + Cellular will be really popular this holiday season.