Professional photographer shoots 2,000 images with the iPhone 8 Plus, impressed by color capture

We noted in our review roundup that TechCrunch said the iPhone 8 Plus is all about the camera, and CNETs senior photographer James Martin decided to give it a thorough test. He spent three days shooting more than 2,000 images before reaching his verdict.

I set out on an adventure in and around San Francisco, CNET’s hometown, to capture the city’s eclectic mix of architecture, landmarks and natural beauty — testing a range of lighting conditions, photography modes and filters.

I boated on San Francisco Bay, fished on Ocean Beach, biked around Angel Island and walked through Chinatown with the soon-to-be-released iPhone 8 Plus in hand …

Martin says that the result left him impressed.

More than 2,000 photos later, I feel like I have a good sense of what this new camera can do. I’m definitely impressed […]

My photos look just as my eye had seen them. The images are as detailed as I remember them.

The colors are vibrant and true to life, allowing the images to pop with the clarity of a good memory. San Francisco’s natural beauty glows, the rust in abandoned buildings is warm with history, and the waters of the San Francisco Bay are blue and crisp. The pictures really do tell the story.

He shoots a whole range of different types of photos, each with their own challenges, and reports back on how well the camera handled each.

But it was the headline image, above, that caught my attention. It was a very similar photo to one I shot myself some years ago with a professional DSLR body and lens. This is the type of low-light shot that normally requires a camera with a large sensor, and a long exposure at low ISO (mine was a 30-second exposure at ISO 200). I would never have dreamed of attempting it with an iPhone.

The iPhone 8 photo is not perfect. You can see noise in the image, especially in the clouds, and there’s some significant smudging in the detail, both in the city and on the right side of the bridge in particular. Compare it directly with my DSLR image below and it’s clear that Apple still isn’t about to replace standalone cameras. But it’s way, way closer than I would have imagined. I can’t wait to try some experiments with the iPhone X camera once I get my hands on it.

Here’s a direct comparison between the iPhone 8 Plus shot (top) and my DSLR version. They are obviously taken from different angles, with different framing, and in different conditions, but I think there’s enough similarity to give a sense of how the camera performance compares. 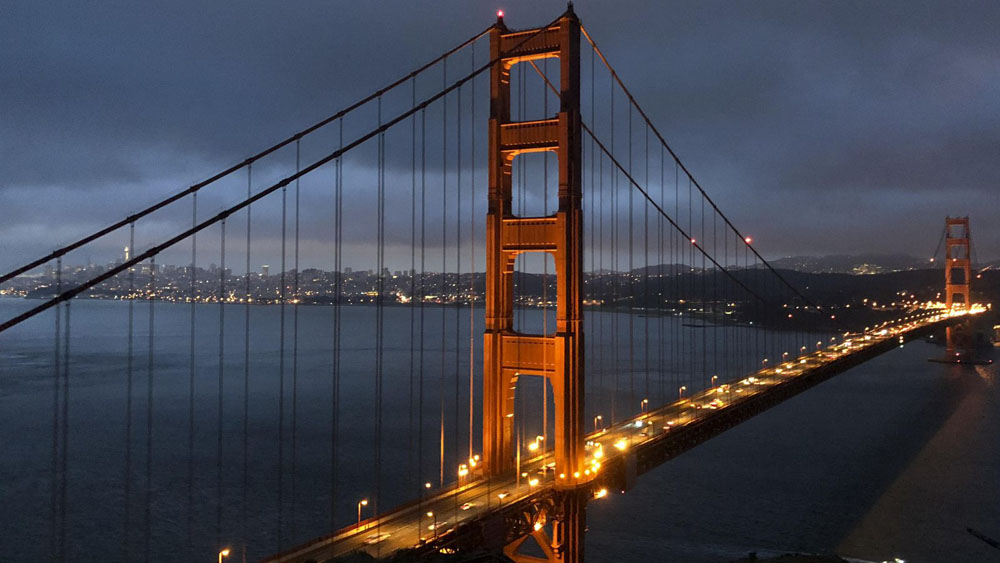 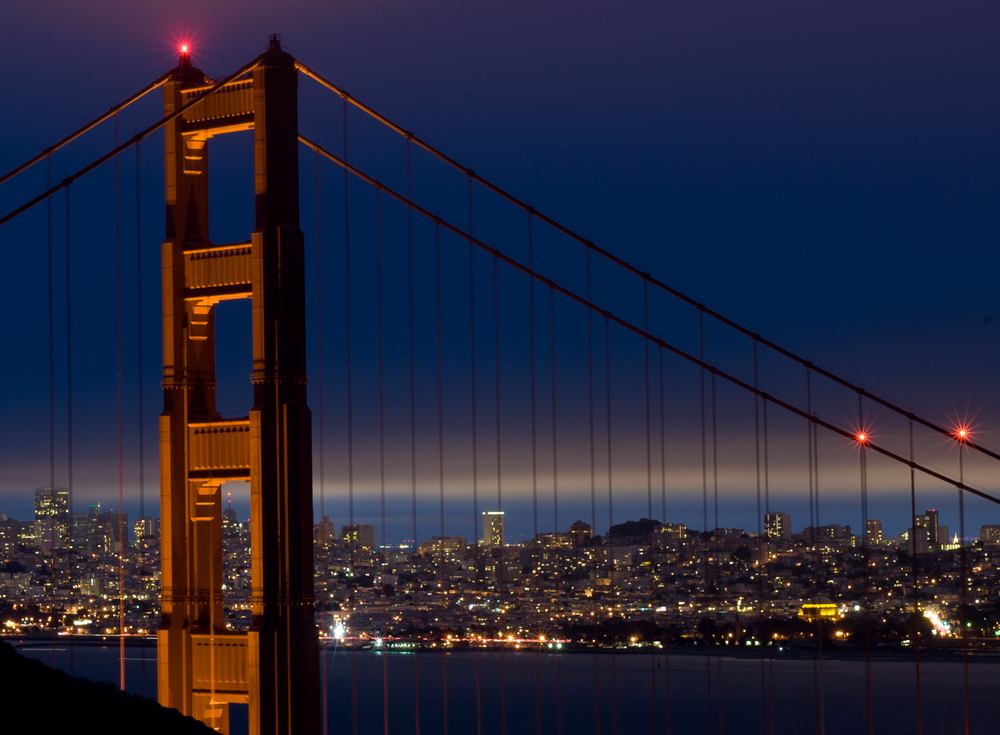