The best (and worst) new iPhone 8/Plus features [Video]

The iPhone 8, and iPhone 8 Plus are officially on sale, and we were able to score both new smartphones early last Friday morning (read Jordan’s full review).

This launch felt a little different from past iPhone launches, simply because the highly-anticipated iPhone X looms large on the horizon. I’ve asked lots of people, and many of them have stated that they are waiting for Apple’s OLED-enabled, diminished-bezel flagship model.

But just because the iPhone X is coming later this year doesn’t automatically mean that you should ignore the iPhone 8. Apple’s brand new flagship smartphone shares a lot of the same design characteristics as the iPhone 6, 6s, and 7, but it also shares some of the same technical power that’s found inside the iPhone X. In this hands-on video unboxing and walkthrough, we consider some of the iPhone 8’s best new features.

Top iPhone 8 and iPhone 8 Plus features

In my opinion the iPhone 4 was the best looking iPhone of all time. Much of that had to do with the symmetry of the device, along with its shatter-prone glass back. After the iPhone 4s, Apple abandoned the rear glass design.

Seven years after the iPhone 4 debuted, the glass back makes its long-awaited return. Since the iPhone 8 sports the familiar curved-edge design of the iPhone 6-era, the glass is more subtle this time around.

One of the reasons that Apple ditched the glass back starting with the iPhone 5 was because it was shatter-prone. This time around, Apple worked directly with glass-supplier Corning to come up with a solution that can stand up to abuse. The glass in the iPhone 8 is reportedly more durable than Corning’s own flagship Gorilla Glass 5 product used in many of today’s top smartphones.

If you weren’t a fan of the gold and rose gold colors on older iPhone hardware, then there’s a good chance you’ll like the iPhone 8’s new gold color. The iPhone 8’s gold is less pink than rose gold, and less gaudy than the regular gold on older devices. It’s more of a refined, classy caramel look, that slightly changes color based on ambient lighting. 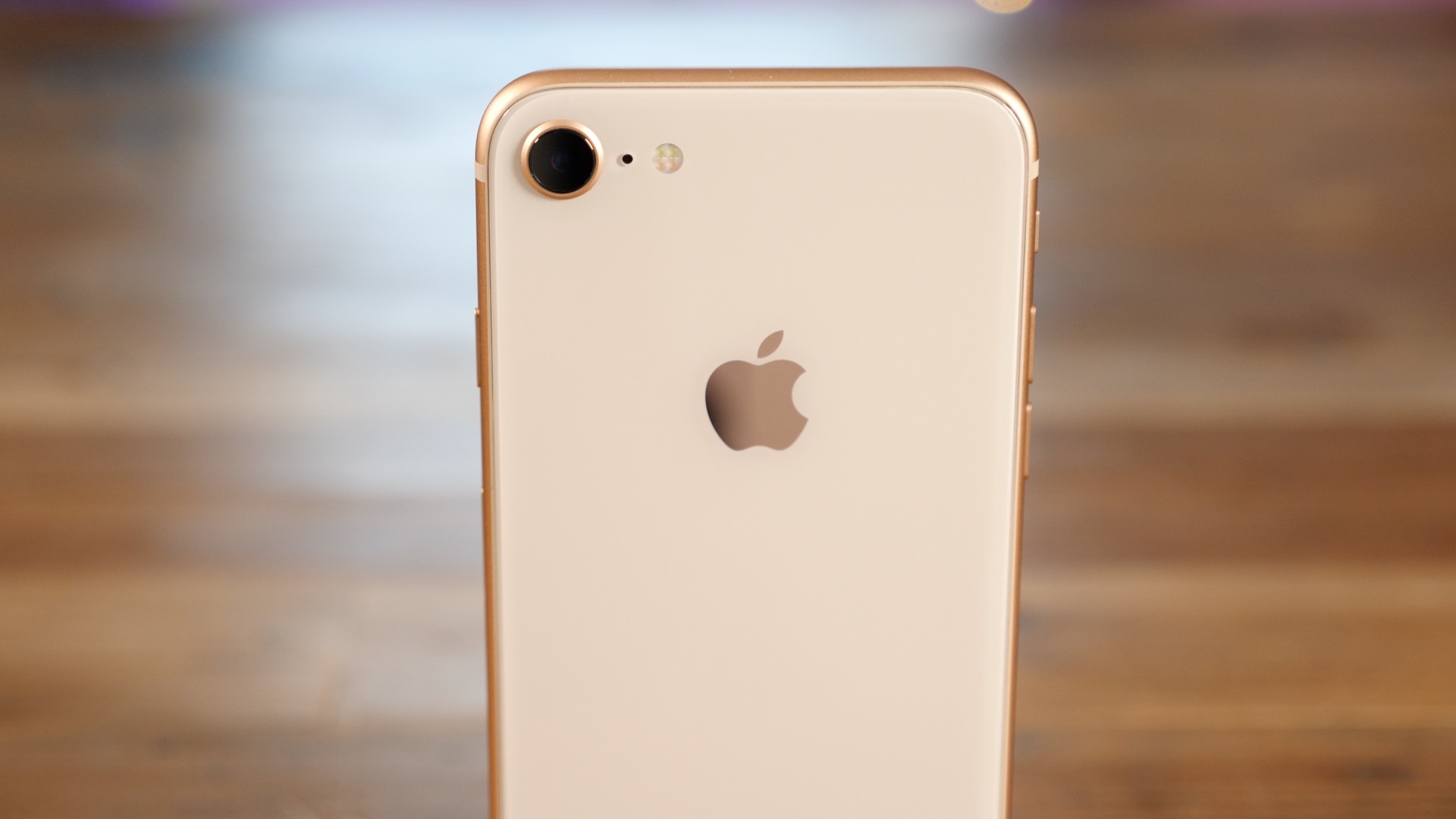 By now we’ve all read the reports about how fast the iPhone 8 is. Thanks to its six-core A11 Bionic processor, the iPhone 8 runs circles around most Android phones, and is seen competing with some of Intel’s mid-range consumer Core-series processors. Featuring a second-generation performance controller that’s capable of using all six-cores simultaneously, it delivers significantly higher performance than last year’s A10 Fusion. 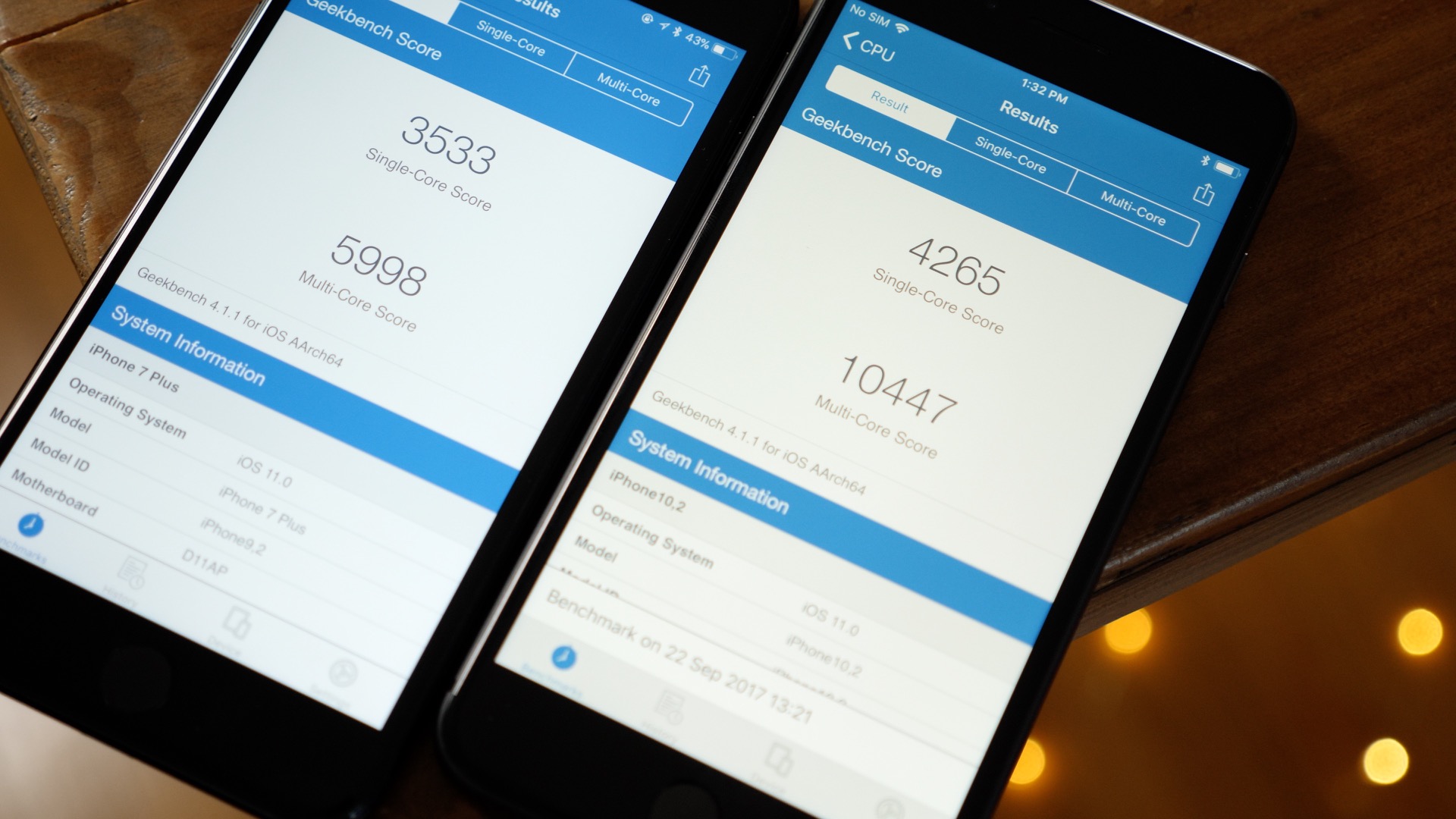 After controversially ditching London-based GPU-supplier Imagination, Apple, for the first time, is using its own custom-designed silicon to power the iPhone 8’s graphics. The result is an up to 30% boost in performance. 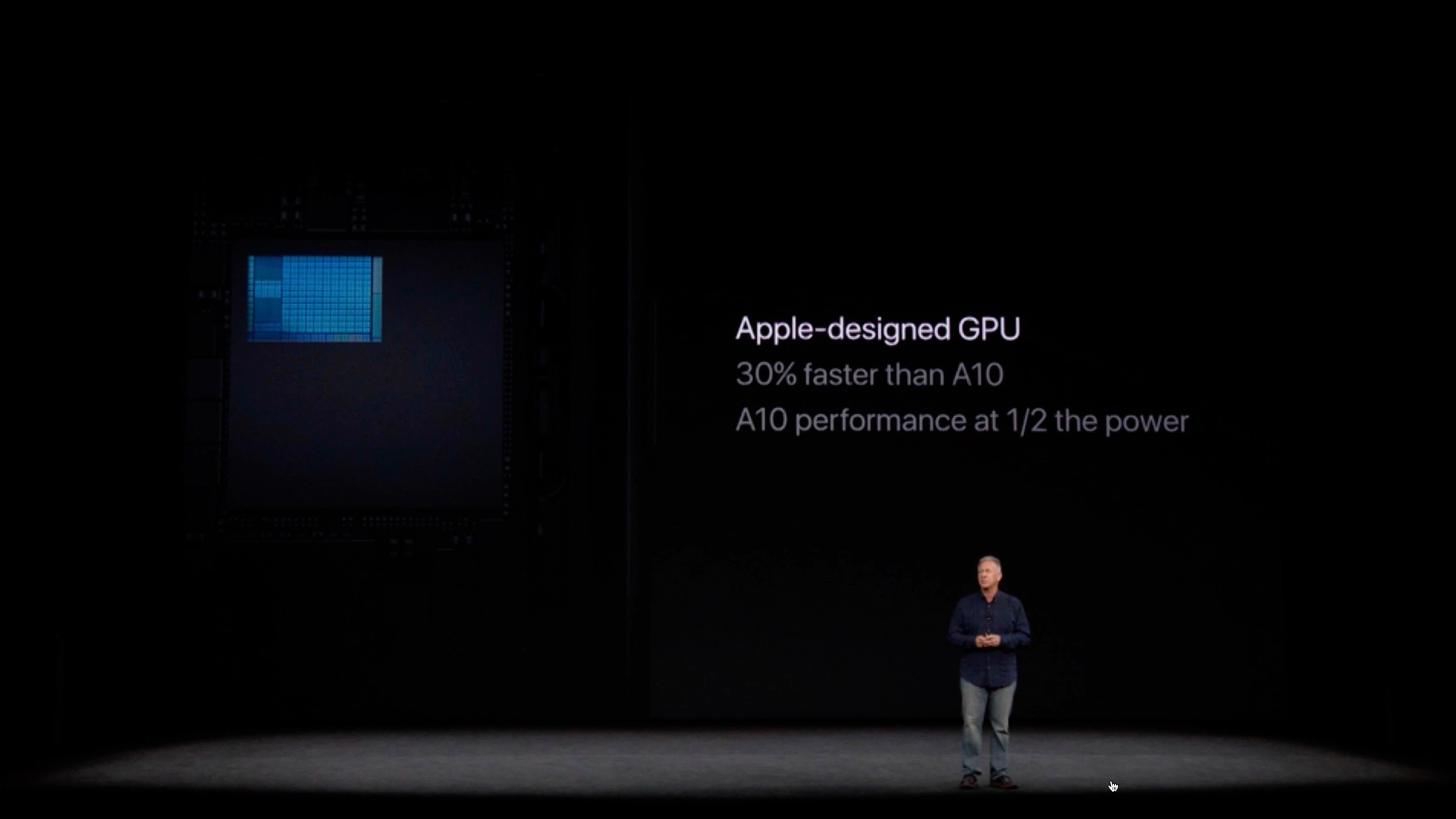 Coupled with the new Metal 2 API found in iOS 11, which lends near direct access to the GPU, it’s exciting to think about the type of games, machine learning, and AR applications that may be possible on the iPhone 8 and future iPhone models.

Apple says that the stereo speakers in the iPhone 8 are up to 25% louder and deliver deeper bass. After doing a side-by-side comparison, I agree with its claims. Sound quality remains nothing to write home about, but you will notice overall louder volume, and subtle, yet noticeable gains on the low-end. 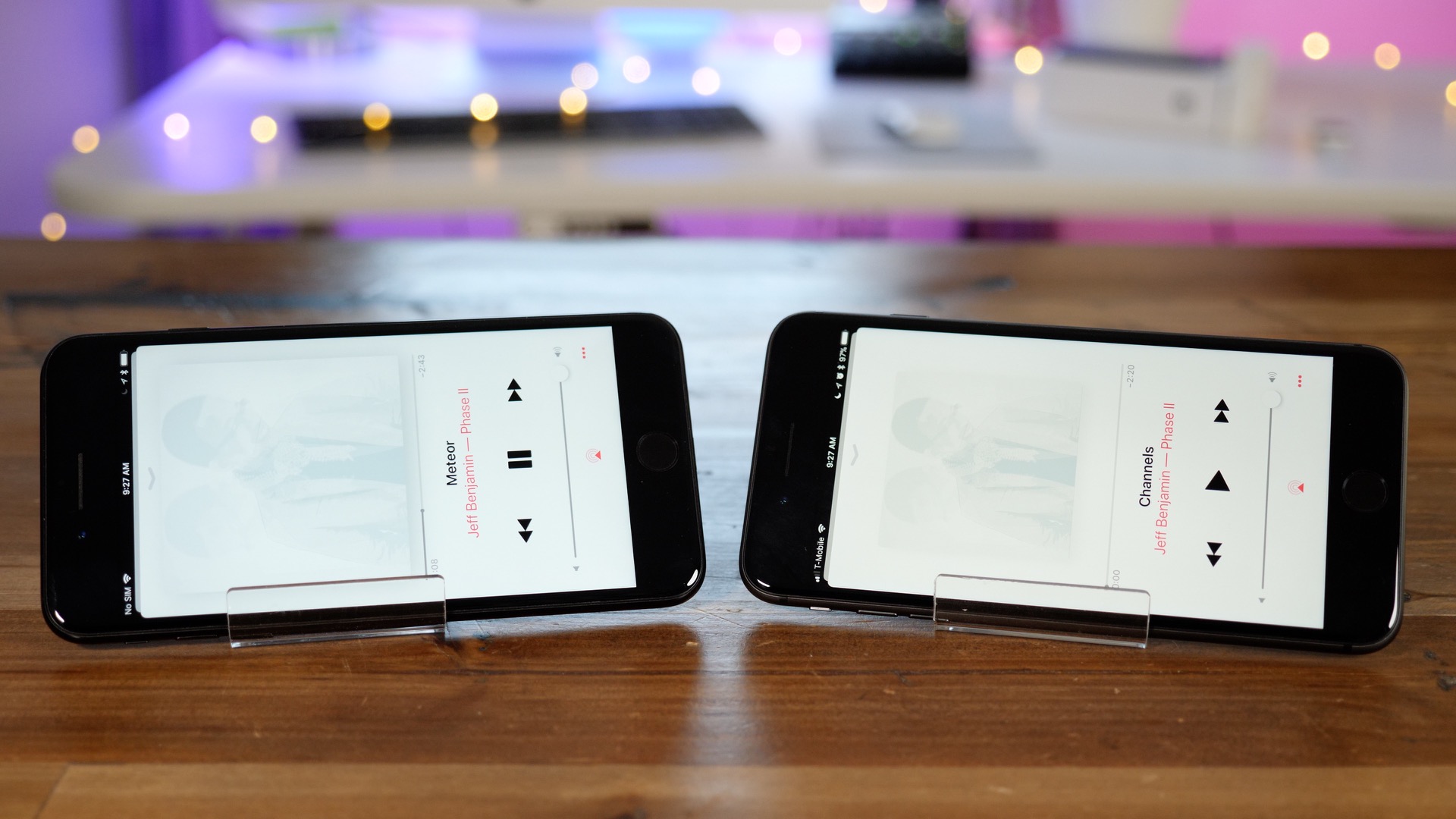 The iPad Pro’s True Tone display is a great feature, because it automatically adjusts the color temperature of the screen to compliment the ambient lighting of your environment. With a device featuring a screen as large as the iPad Pro, the True Tone effect is much more pronounced on Apple’s flagship tablet. It’s still a great feature to have on the iPhone 8, I just find that it’s not as important as it is on the iPad Pro. 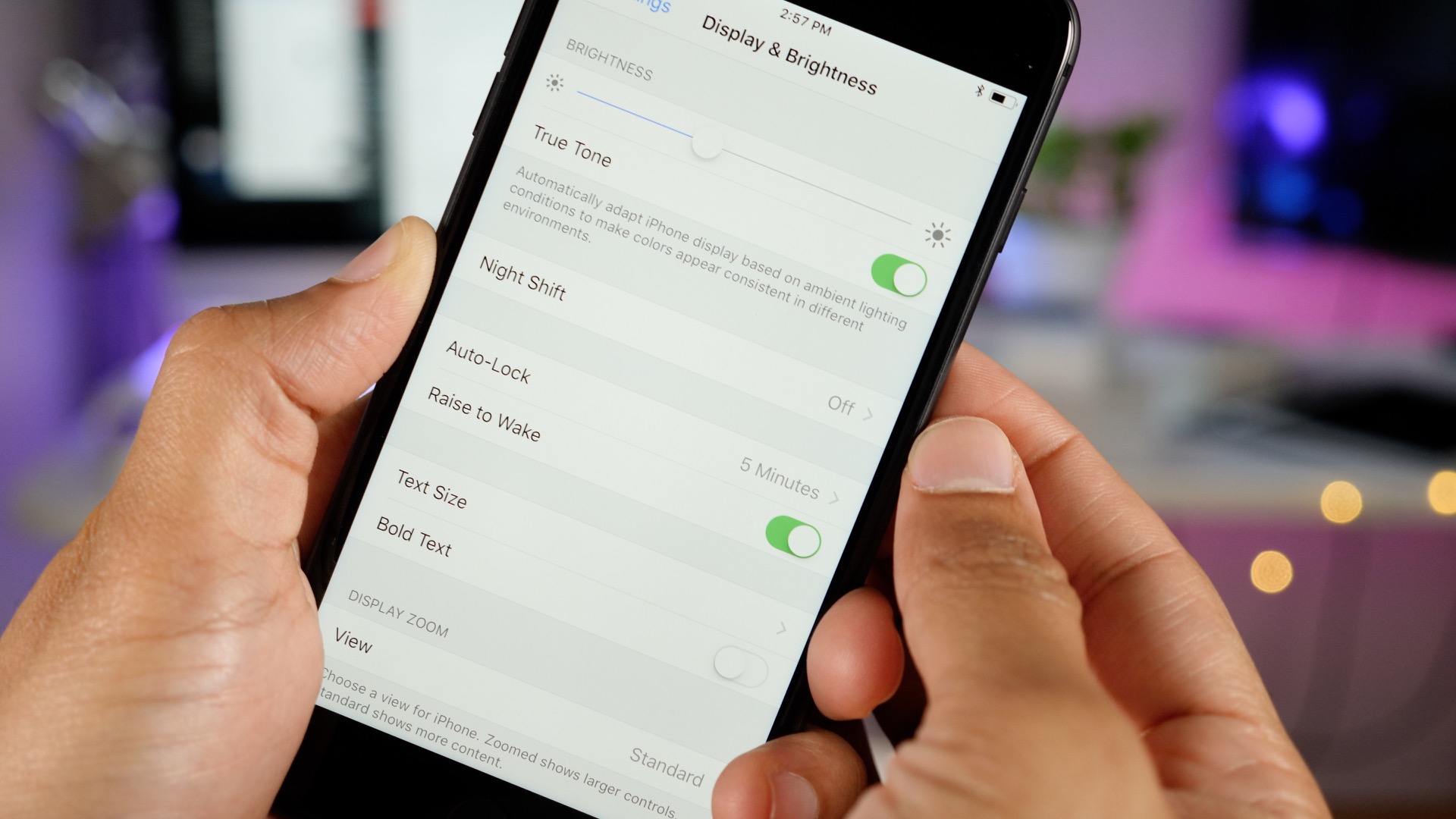 The A11 Bionic’s new image signal processor, or ISP, improves the performance of the cameras in the iPhone 8 and 8 Plus. One of the things you may notice is the reduced shutter lag when taking photos. A snappier shutter increases the likelihood that you’ll be able to snag an in-the-moment photo before it’s too late. 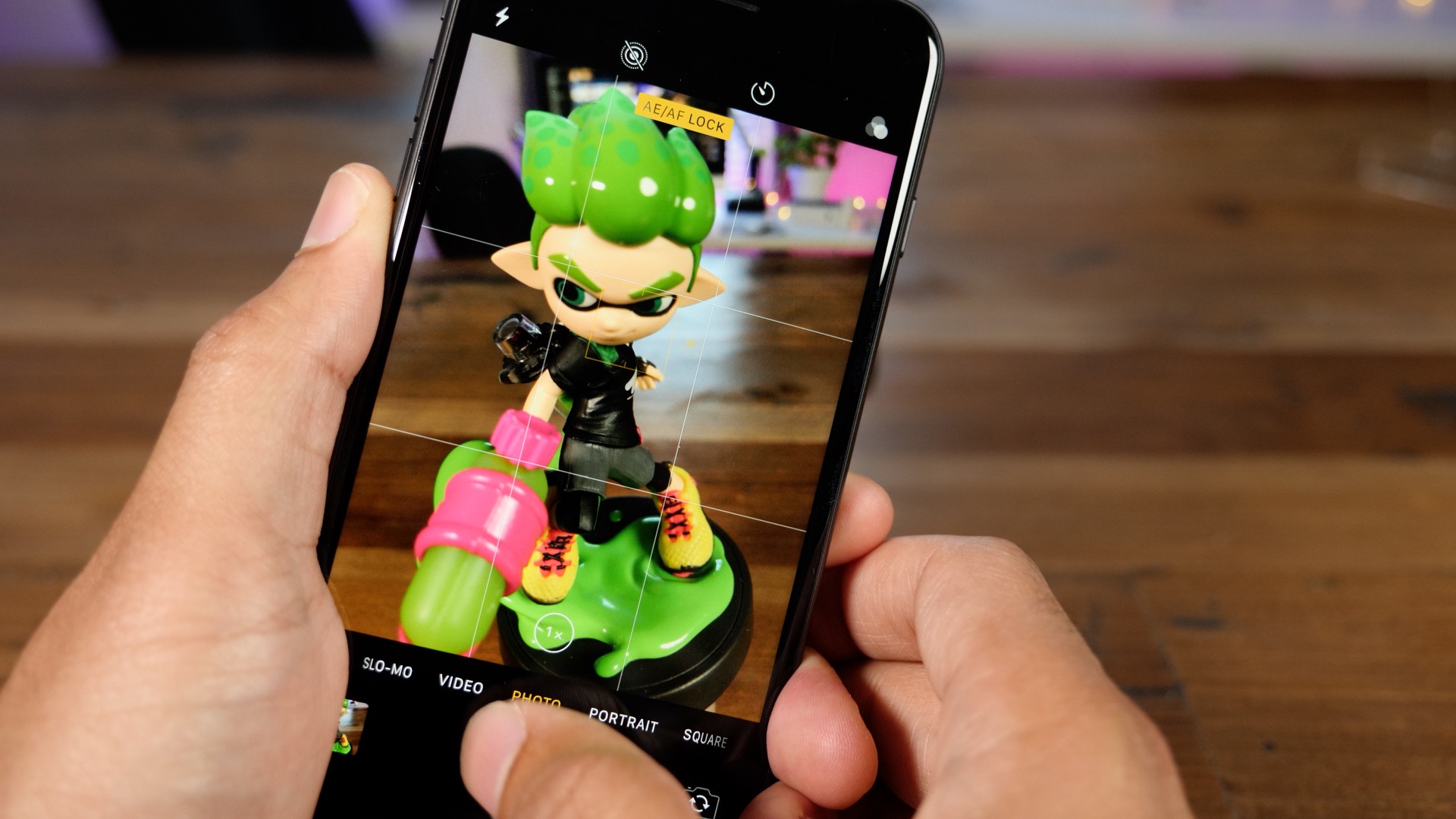 There’s also the subtle presence of haptic feedback when pressing the shutter button. This lends users with a sensory confirmation that the shutter was pressed successfully, resulting in a more complete-feeling photo-taking experience.

The Quad-LED flash now comes equipped with Slow Sync, a technology that combines a slow shutter speed with a short strobe pulse. When using the flash, Slow Sync affords a brighter foreground while providing a properly exposed background. It means that your photos will appear more even and natural, even when shot in less-than-ideal lighting conditions. 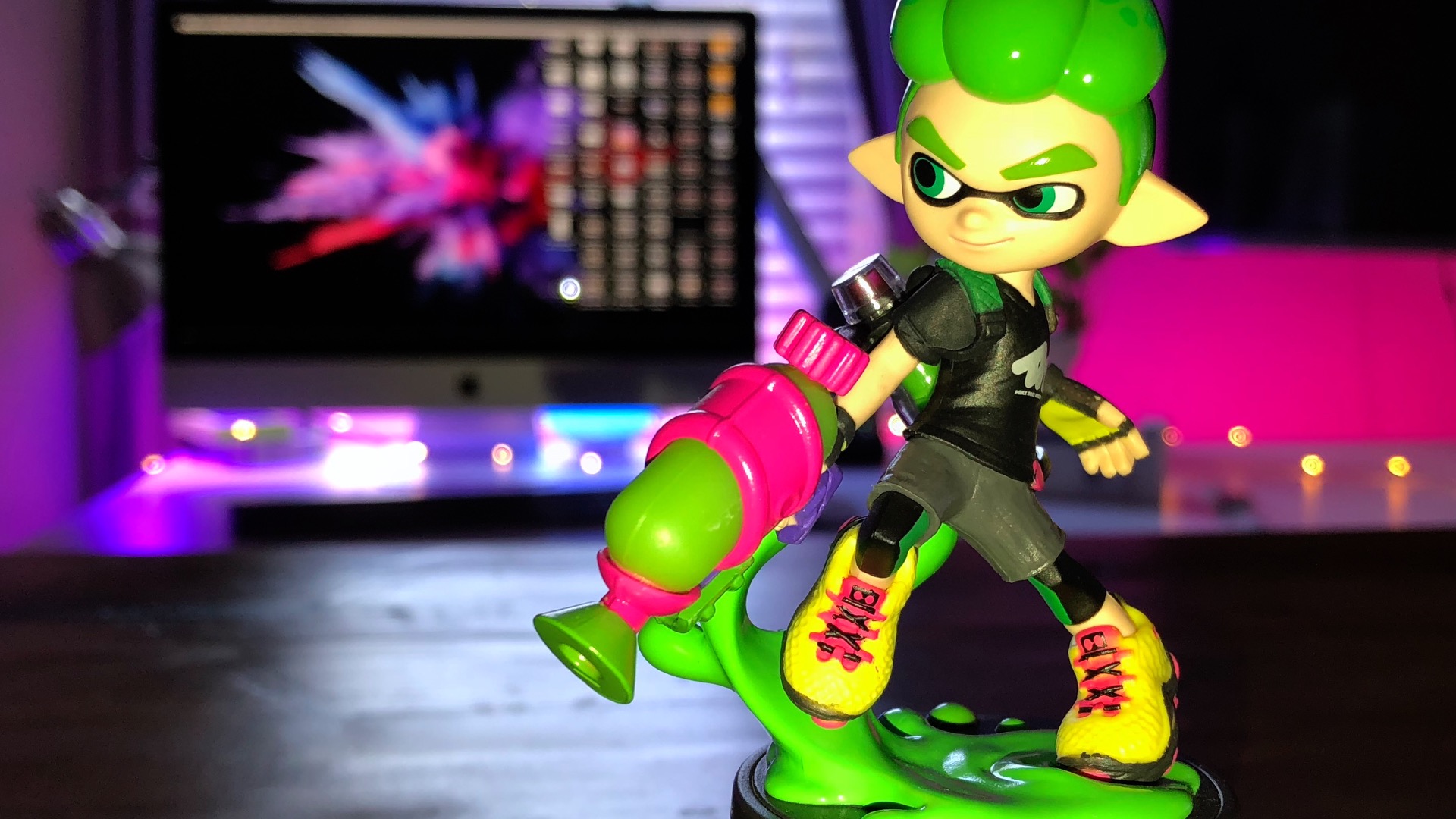 For the very first time in a flagship smartphone, 4K video capture at 60 frames per second is possible. Most high-end standalone video cameras and still cameras can’t do that, let alone a smartphone camera. 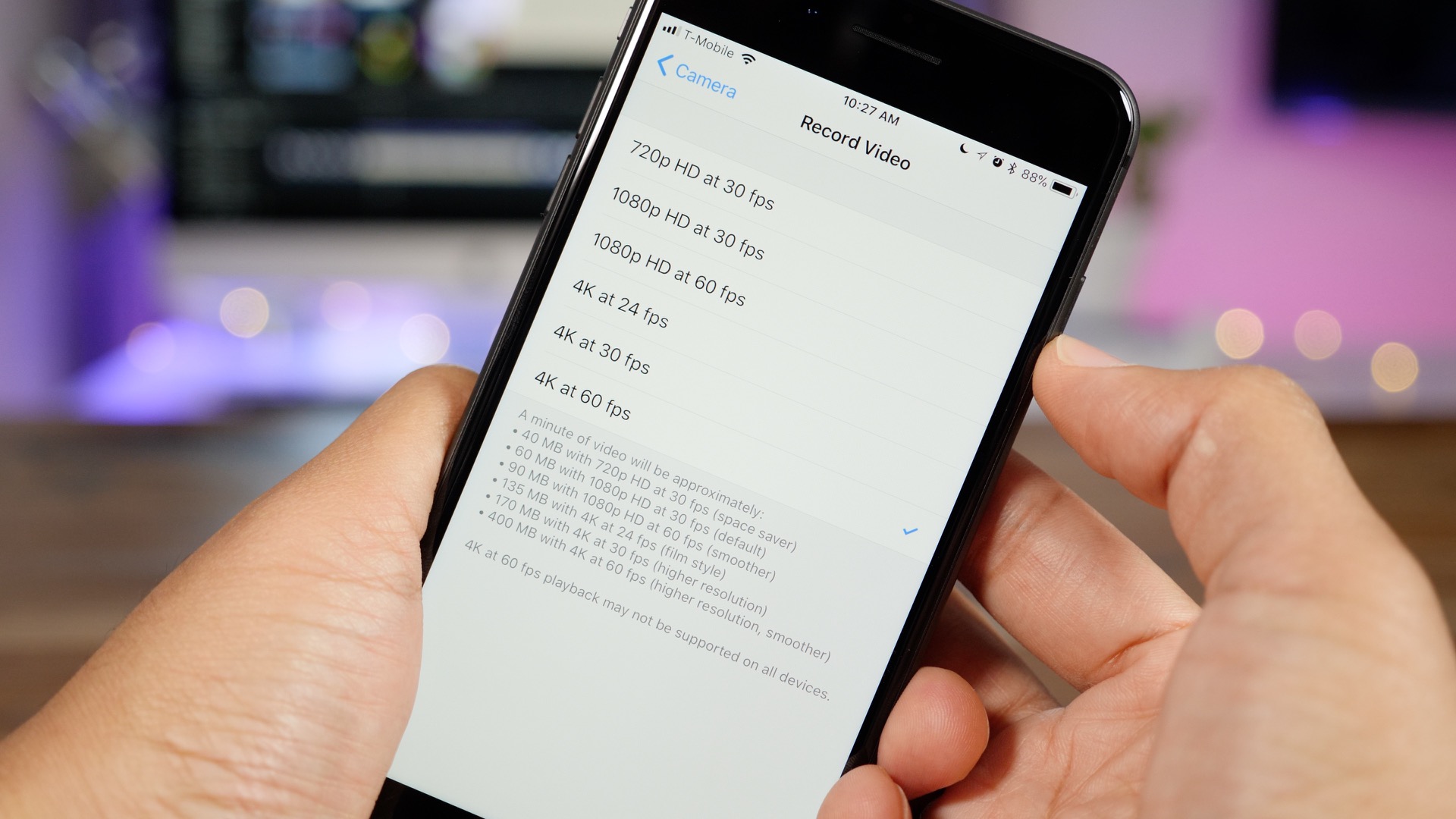 4K at 60 frames per second has many applications, including slow motion (in post) while still retaining UHD resolution. Although controversial in some circles, many people enjoy the lifelike speed that the 60 frames per second frame rate affords. Since YouTube now supports 4K60, the iPhone 8 could make for a solid vlogging camera for the masses.

It should also be mentioned that, for the first time, Apple is supporting 24 fps at 4K on the iPhone 8. Previously, users had to purchase a third-party app like the excellent Filmic Pro to shoot video at 24 frames per second. 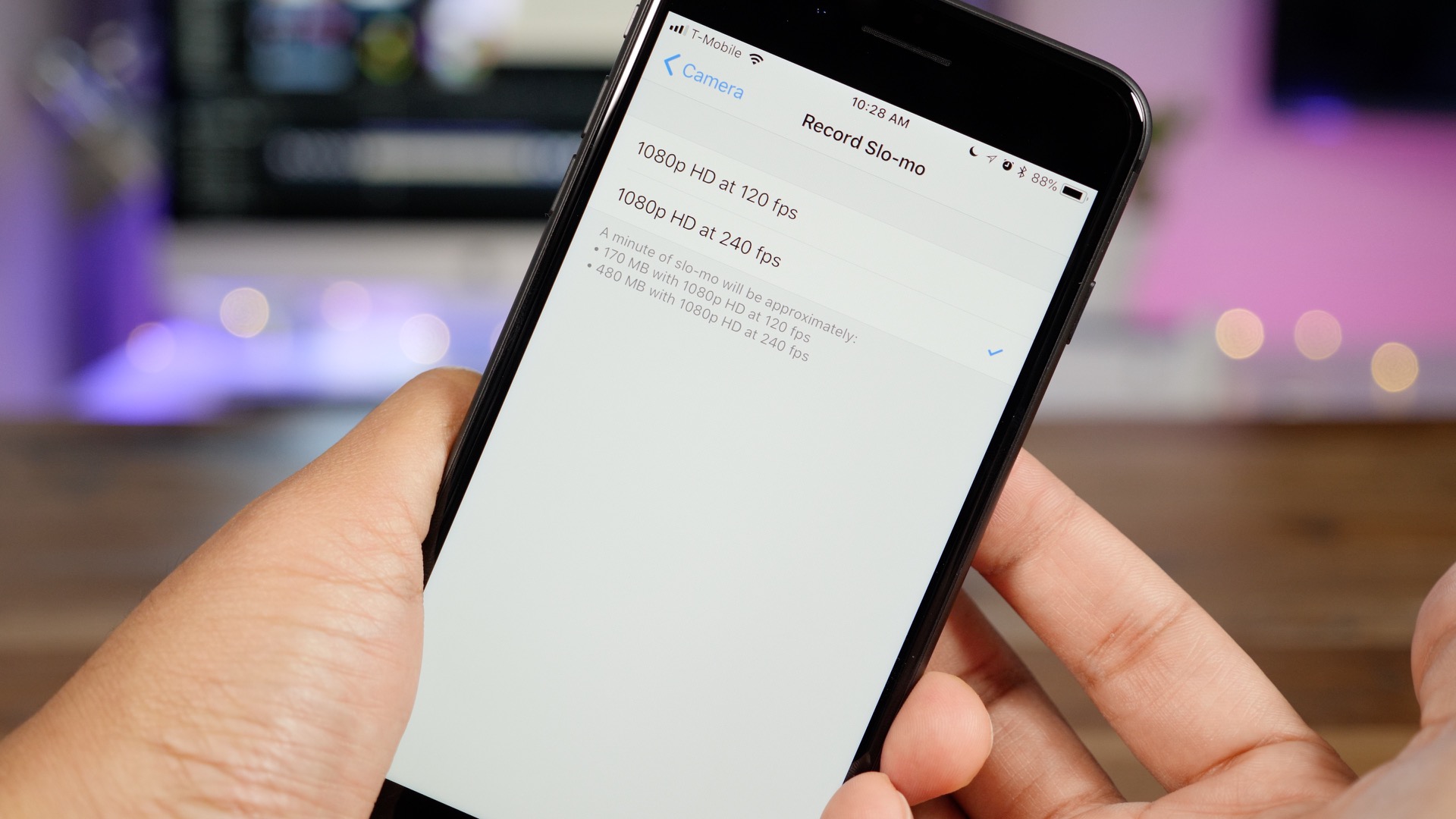 Apple notes that the upgraded camera hardware inside the iPhone 8 provides improved Optical Image Stabilization for the main wide-angle lens. You’ll need to keep your eye out for it, but there is definitely a difference between the OIS found on the iPhone 7 and the slightly improved stabilization present on Apple’s new flagship release. 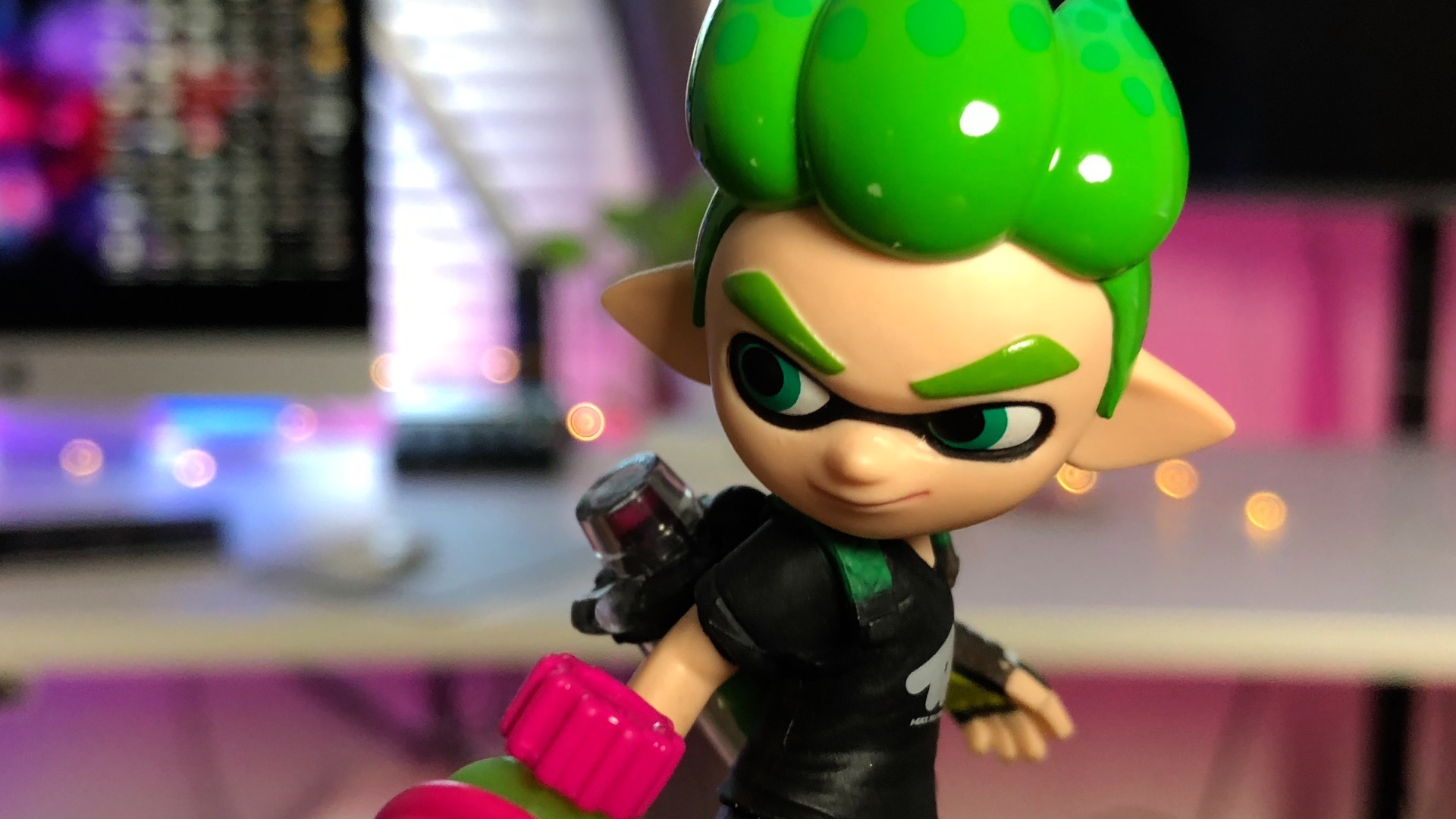 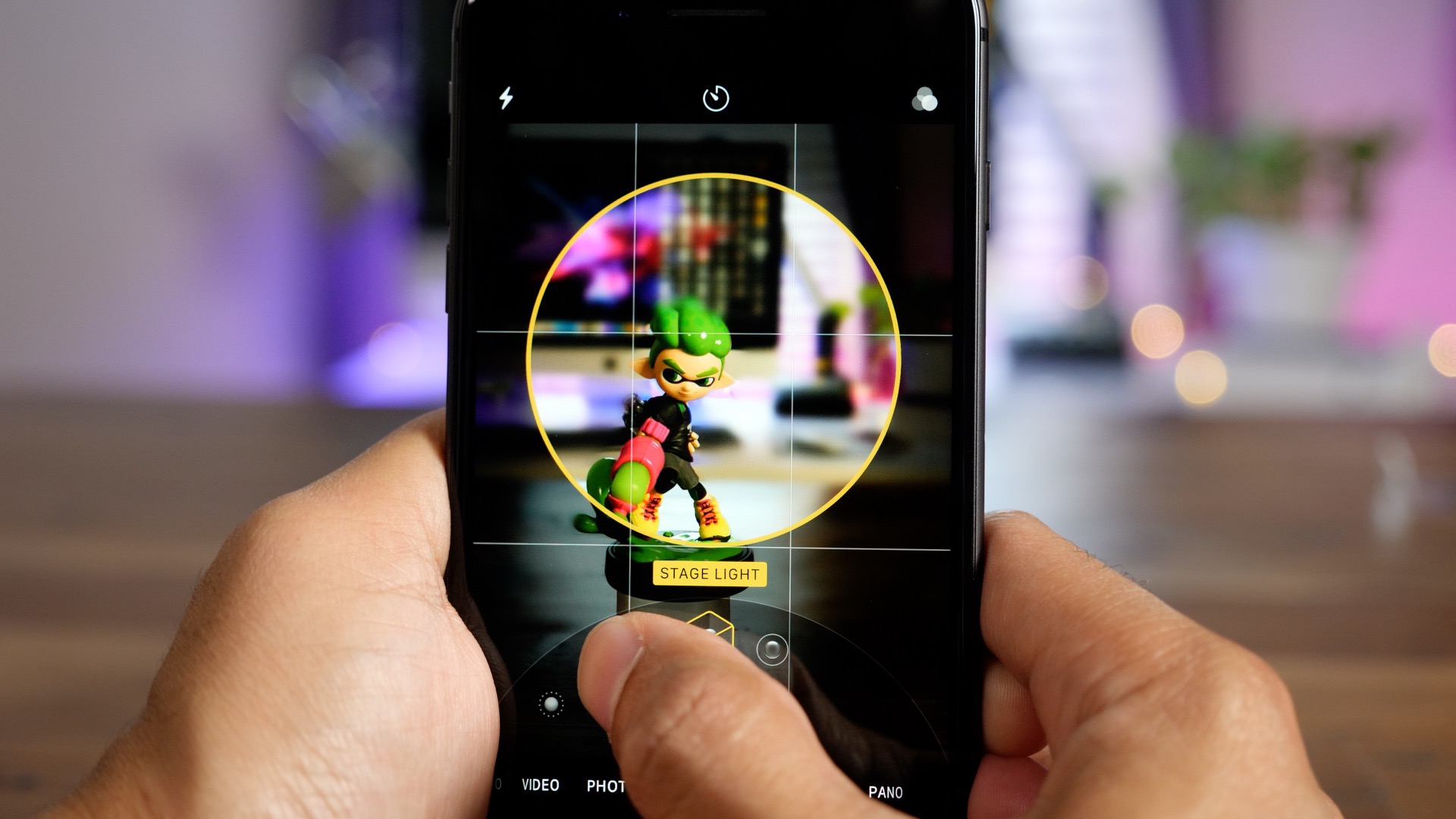 Although I’ve long been critical of using the word “wireless” to describe what ultimately is not a true wireless technology, Qi chargers still present a measure of convenience. 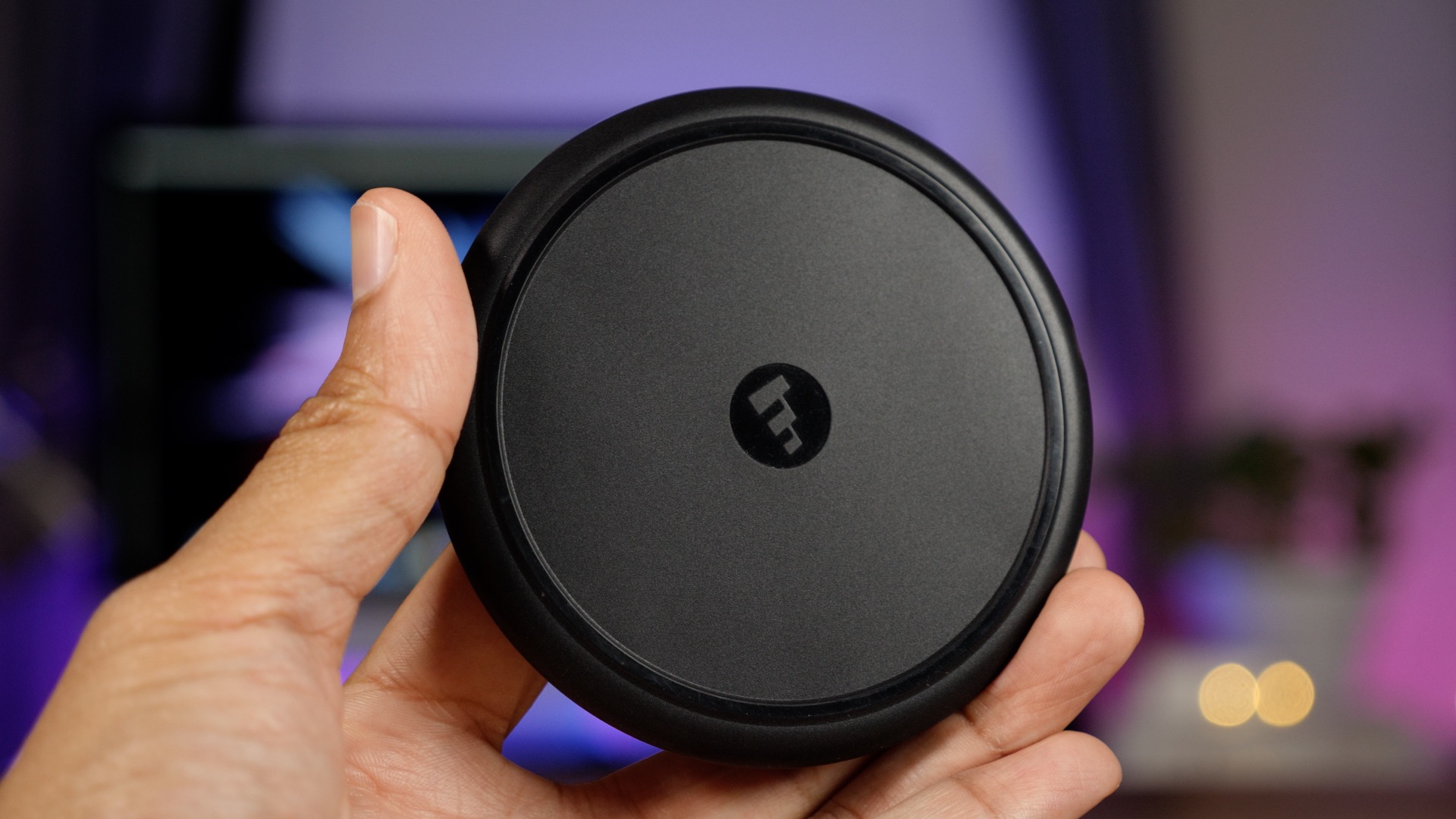 And for the first time ever, Apple is finally jumping on the wireless charging bandwagon, with the iPhone 8’s glass back making it all possible. The iPhone 8 is compatible with most Qi-enabled chargers, and Apple is recommending two of them: Belkin’s Boost Up Wireless Charging Pad, and Mophie’s Wireless Charging Base.

I have no idea why Apple continues to insist on shipping its dinky 5W adapter with every new iPhone, but for whatever reason, it still does. Users have long been able to use larger adapters, such as the iPad’s 12W adapter, to charge the iPhone much faster. 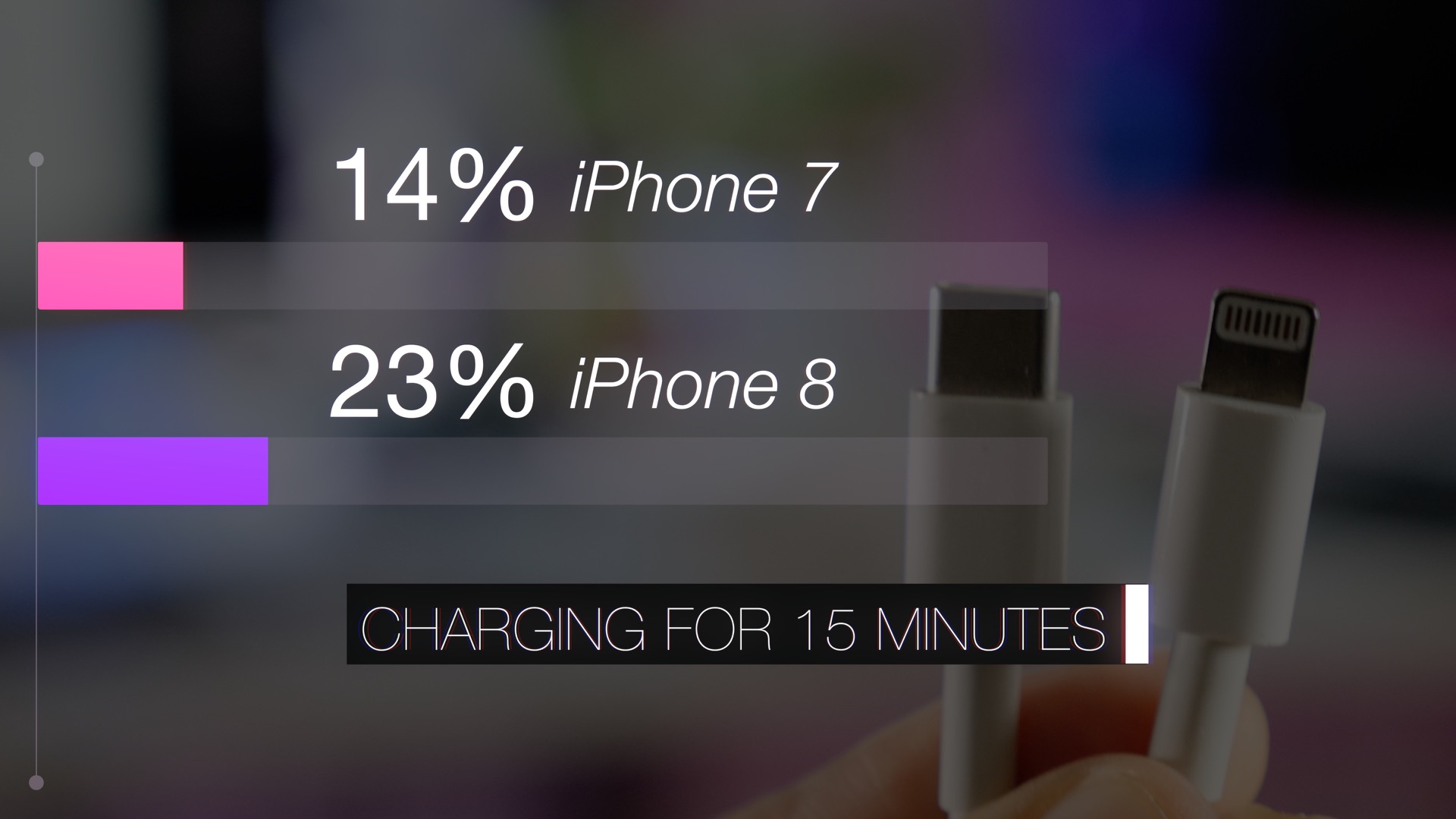 But the iPhone 8 is capable of charging even faster by employing the use of the company’s 29W adapter that’s normally bundled with its MacBook line of laptops. In addition, you’ll need to purchase a USB-C to Lightning cable to reap the benefits of faster charging.

The iPhone is 10 years old, yet Apple continues to insist on shipping it with a slow 5W charger. Why provide users with a sub-optimal charging experience for so long? It’s inexcusable that Apple doesn’t provide at least a 10W or 12W adapter inside the box. And if you want to take advantage of the iPhone 8’s new “fast charging feature” be prepared to pony up close to $80 for the 29W adapter + USB-C to Lightning cable. Ugh… 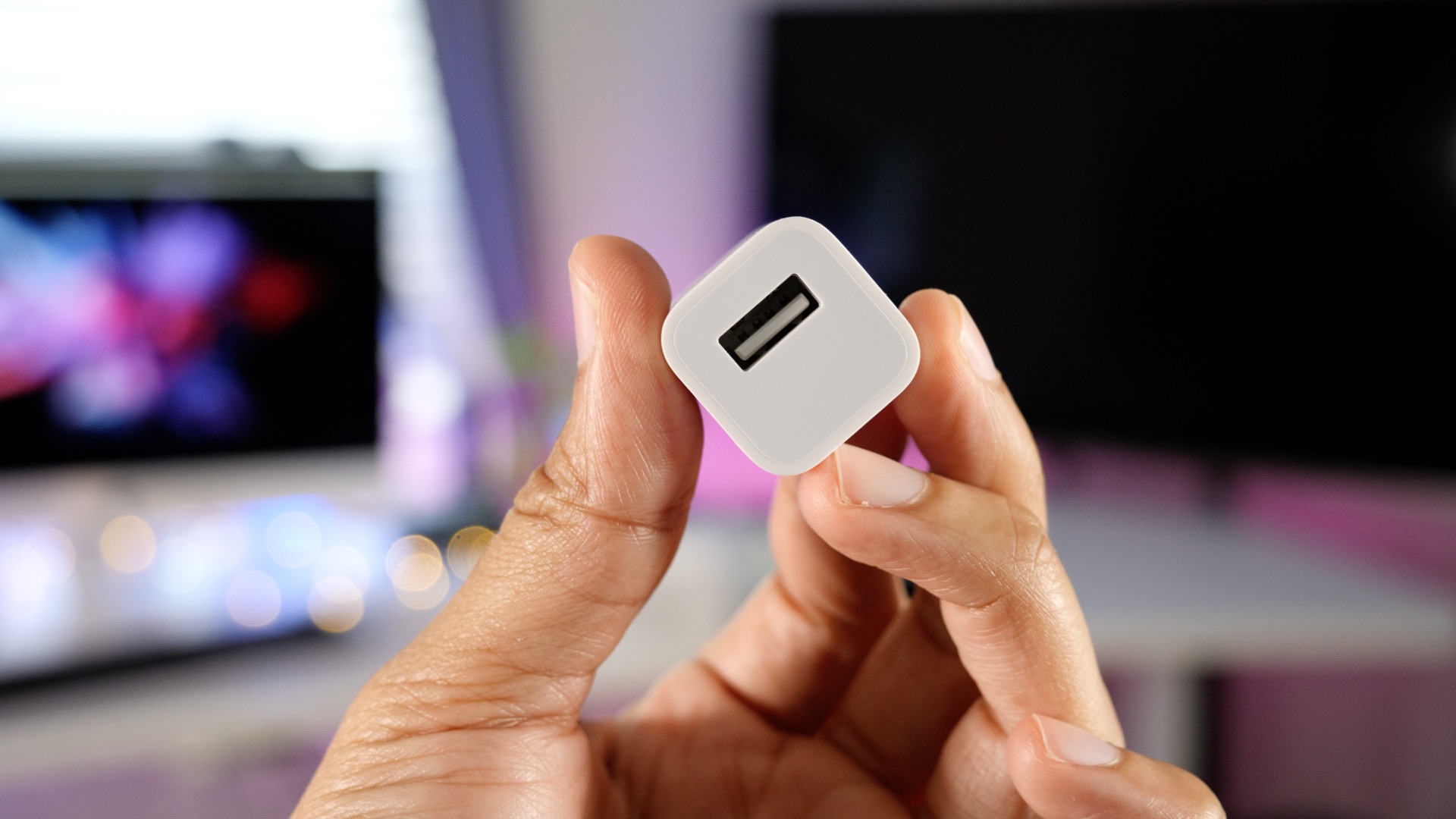 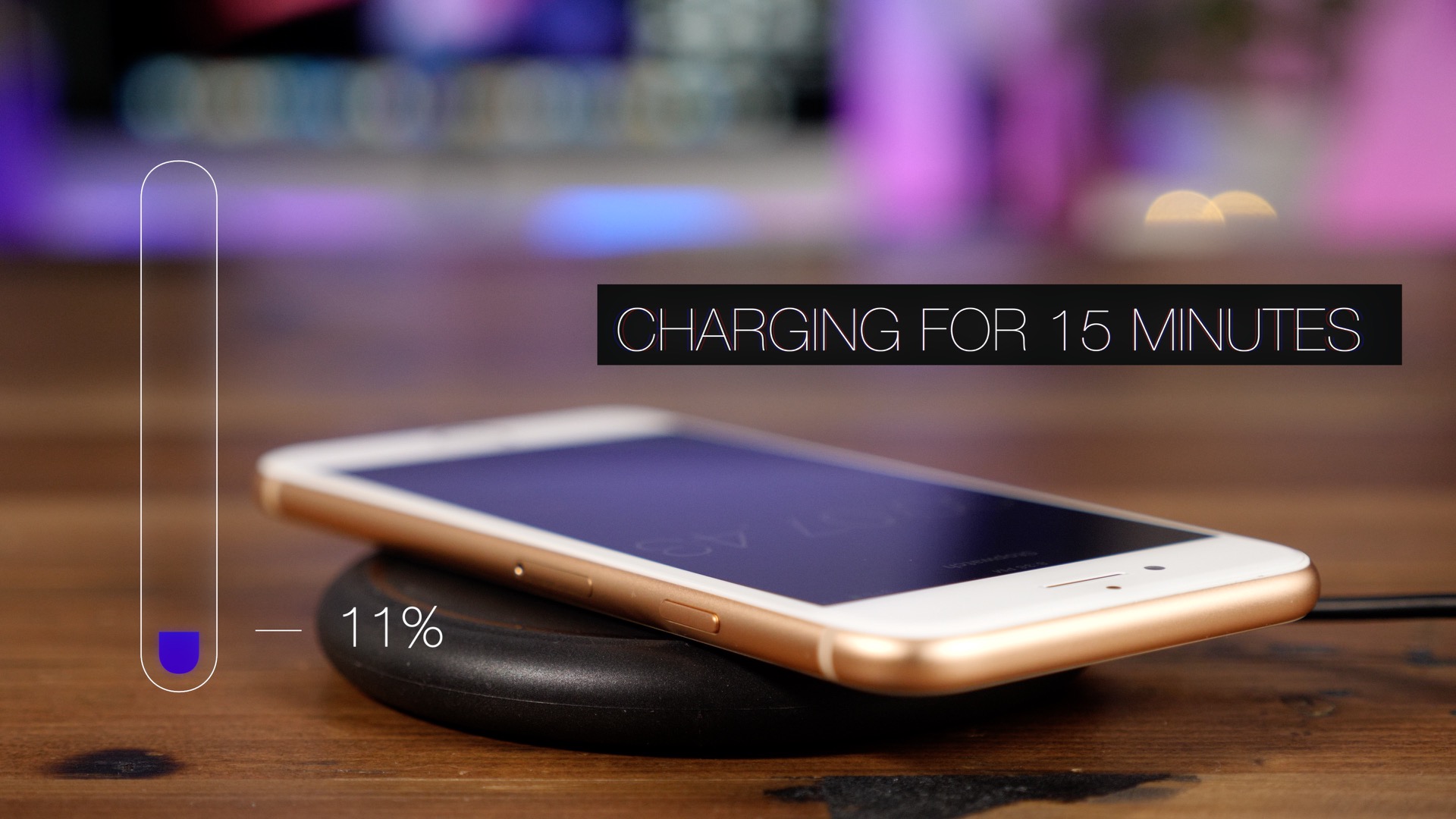 We’re four generations into what can generally be considered the same exact design as the iPhone 6, which debuted back in 2014. The glass rear casing of the iPhone 8 is nice and all, but it’s still pretty much an iPhone 6 on steroids from a looks-perspective. 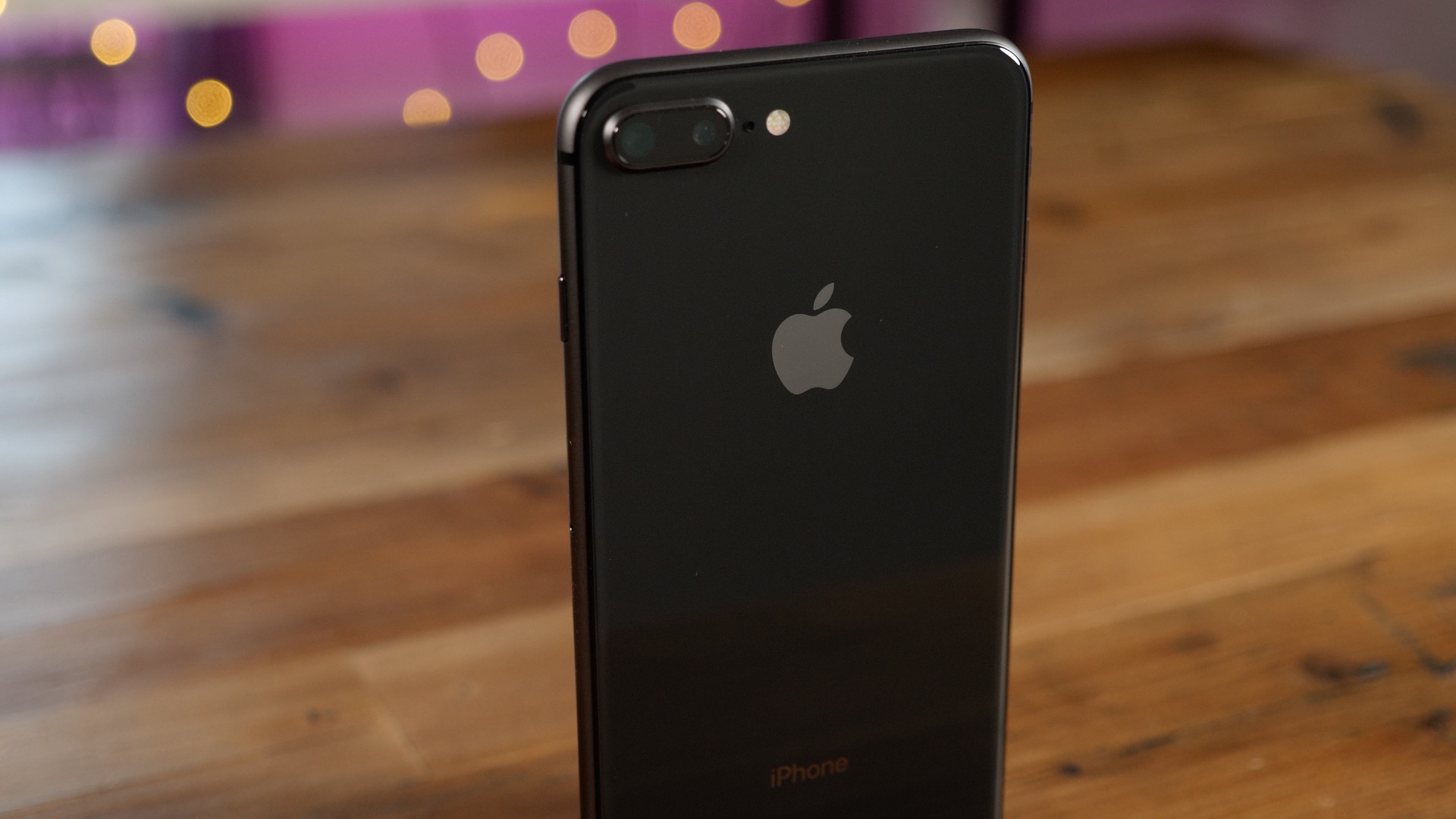 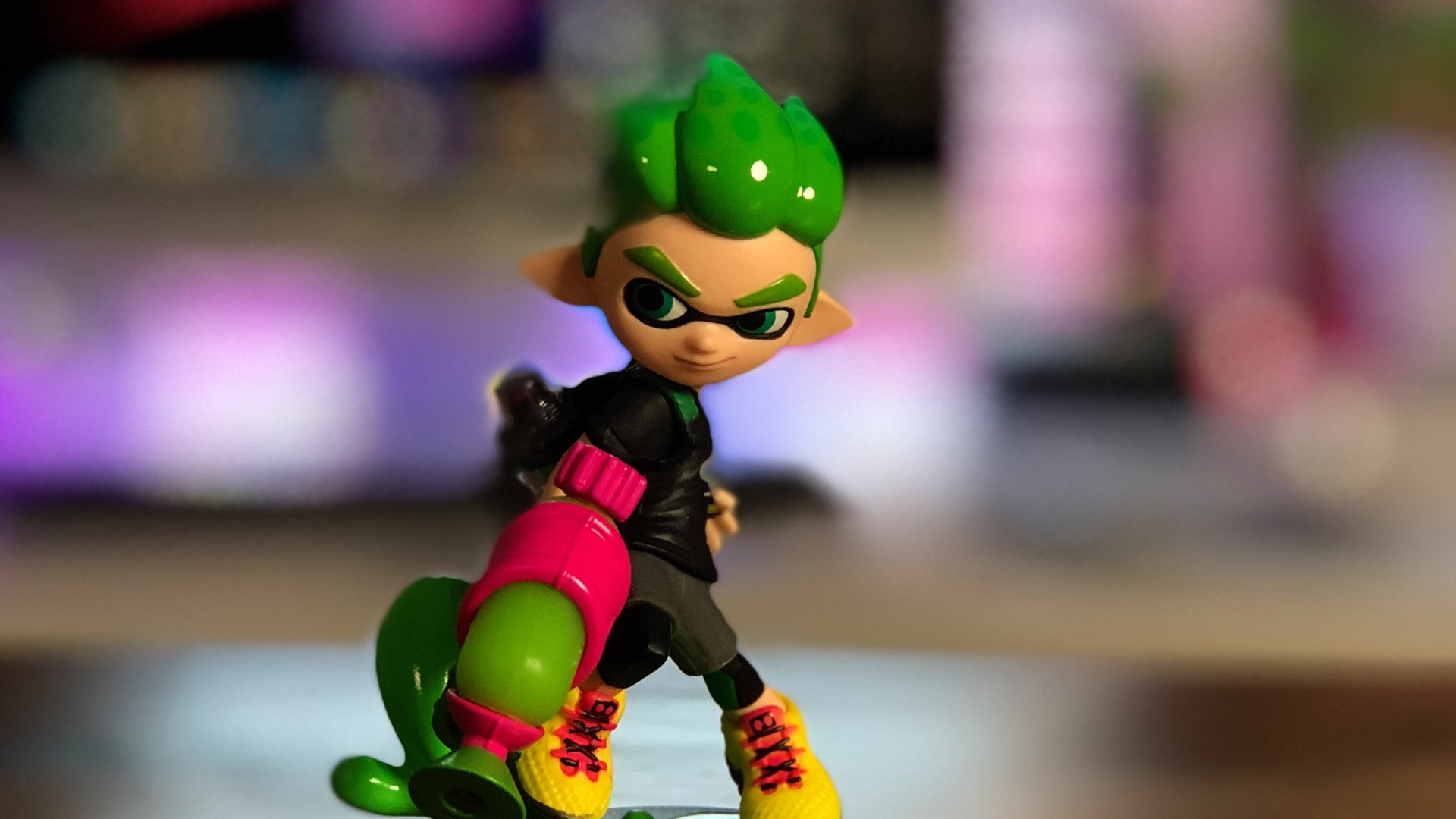 Perhaps the biggest not-so-good thing about the iPhone 8 is a competing product, one not made by another company, but by Apple itself. The iPhone X looms heavy over the iPhone 8 like an impending storm cloud set to soak the device’s microscopically-sealed chassis into obscurity.

Many people I’ve talked to have said they’re holding off on the iPhone 8 in favor of the iPhone X, and anecdotal evidence, like short queues, and good overall availability, seem to suggest a softer demand for the iPhone 8 when compared to previous flagship launches.

The iPhone 8 probably could have been called the iPhone 7s, and no one would have blinked an eye. It features some significant upgrades, but overall, it still feels like a phone deserving of an S-year moniker. That said, if you’re upgrading from an iPhone 6 or below, the iPhone 8 will feel like a major upgrade across the board. iPhone 6s and iPhone 7 owners have more to think about in that regard. 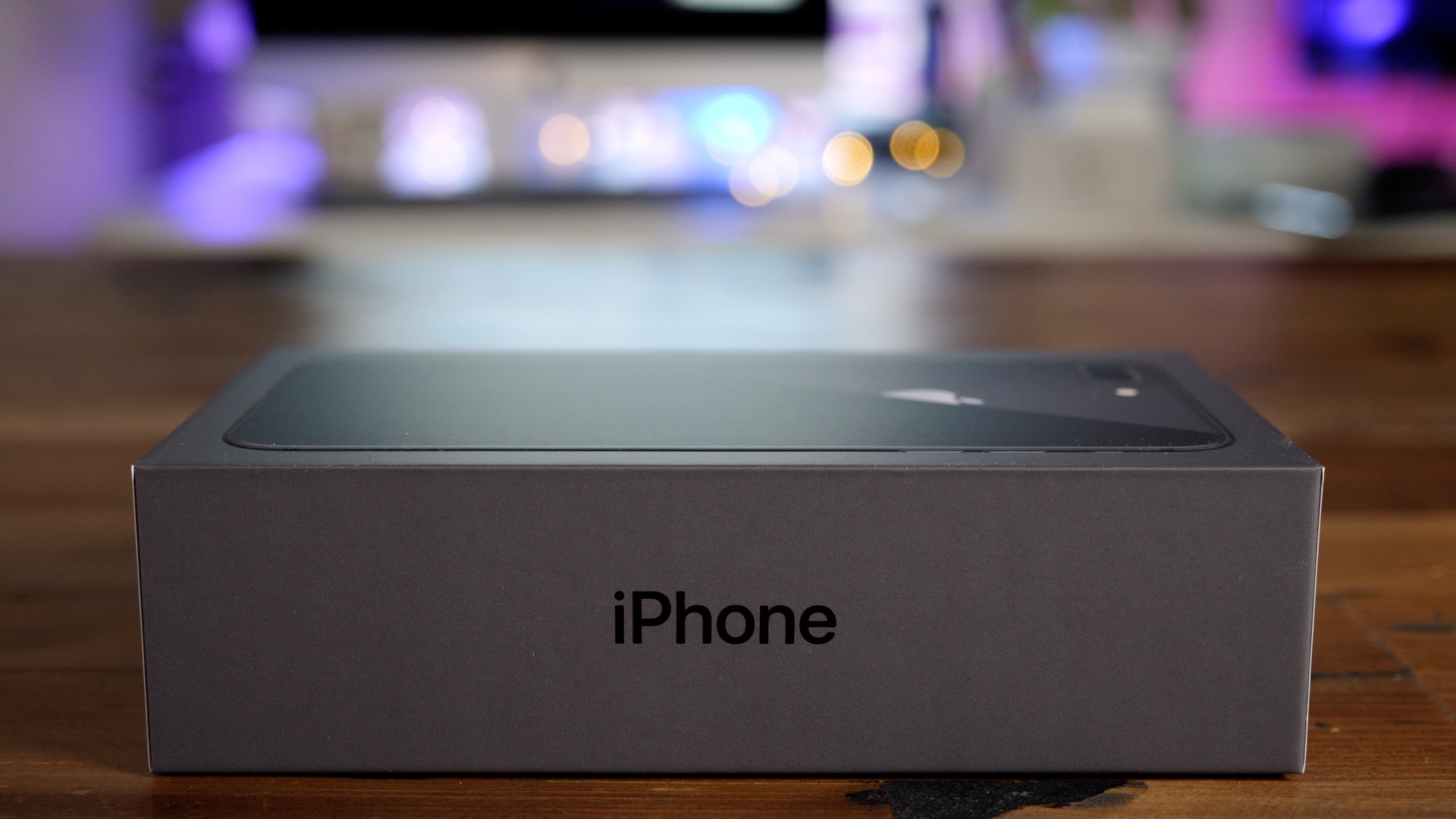 What are your thoughts on the iPhone 8? Have you purchased one, or do you plan on purchasing one? Are you holding off for the iPhone X? Sound off in the comments below with your thoughts and opinions.