iFixit have got their hands on one of the new pucks and their teardown shows how Apple managed to achieve this substantial increase in performance: a large internal fan and eight vents to disperse heat …

The internal fan is almost the same diameter as the width of the puck, stretching to all four edges inside the casing. The new components must give off significantly more heat in use; the previous-gen Apple TV had no fan at all.

As shown by the lack of mention in the official reviews, the fan is close to silent in operation so people shouldn’t be too concerned about leaving the new box under their living room TV.

iFixit was happy to report that the fan is actually replaceable, meaning customers will be able to swap out the fan relatively easily if it breaks or gets gummed up with dust.

An inspection of the new logic board reveals the Apple A10X Fusion chip, alongside the Gigabit Ethernet controller. Interestingly, Apple is using two different RAM modules, separate 2 GB and 1 GB components, to make up the total 3 GB RAM. 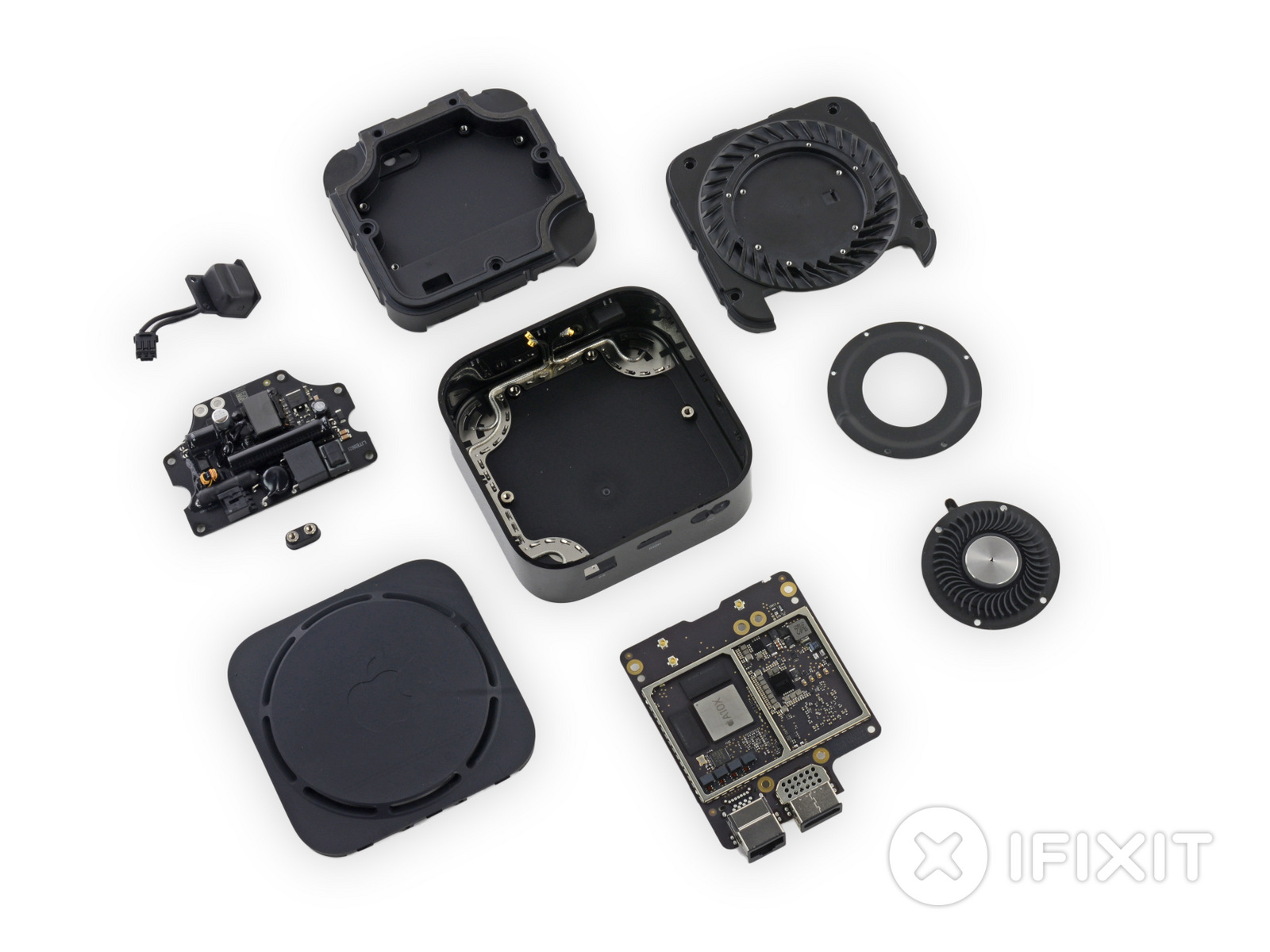 The power supply amperage has been upped slightly to accommodate the more power=hungry components. Apple is still using a clever internal design for power transfer to the logic board first seen in the fourth-generation Apple TV; rather than wiring, power is transferred through conductive posts.

iFixit rated the Apple TV 4K 8/10 in terms of repairability; it continues to be the most user-accessible Apple ARM device with modular components and standard screws. Check out the full teardown over at iFixit.