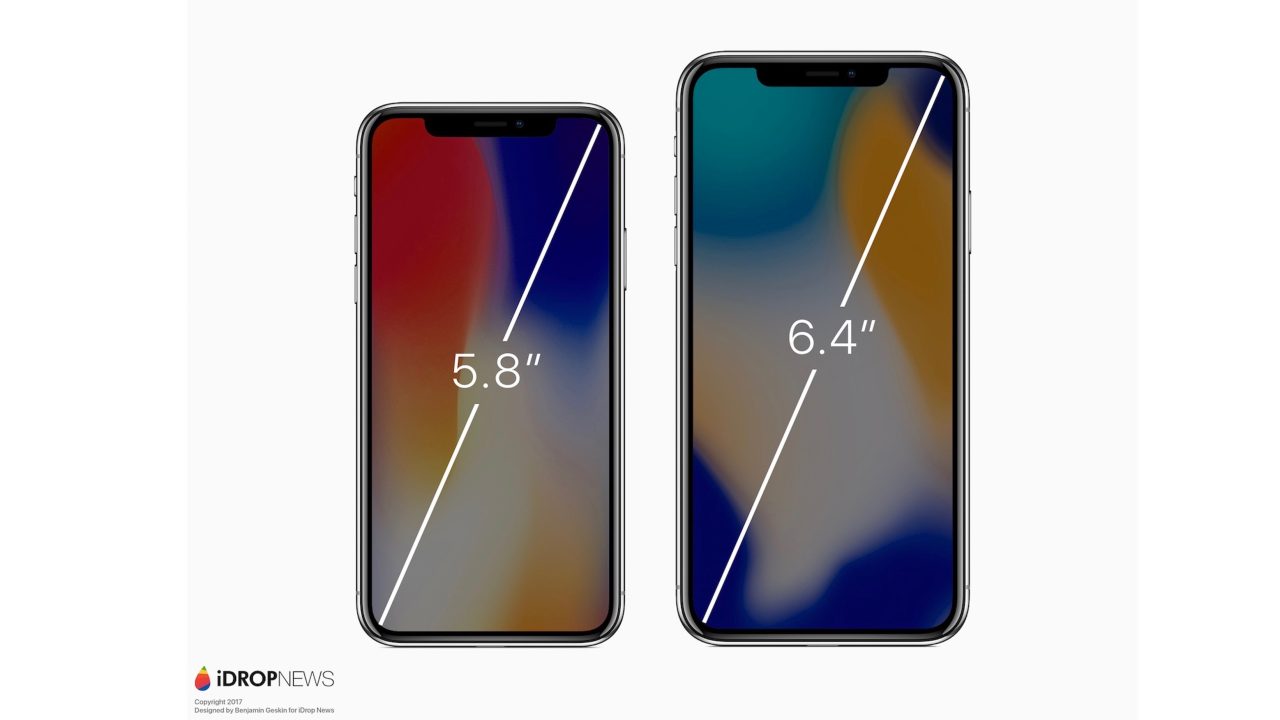 Even though we’re still a month away from the iPhone X making its way to consumers, many are already looking towards next year. Building off of reports claiming Apple has a 6-inch iPhone in the work, iDropNews today has shared a new set of renders that imagine that large-screened iPhone…

The renders depict a 6.4-inch “iPhone X Plus” that features the same nearly bezel-less design as the upcoming iPhone X, but in a larger overall footprint. These renders offer a neat comparison between the 5.8-inch iPhone X and the rumored larger 6.4-inch form factor.

A report last month explained that Apple had originally planned two new iPhone sizes for 2018, one at 5.28-inches and another that was larger than 6-inches. The report explained, however, that due to increasing demand for larger screened devices, Apple ditched plans for the smaller of the two models.

What’s still unclear is what sort of screen tech the 2018 iPhones will feature:

Apple has decided to ditch the smallest 5.28-inch OLED iPhone next year, while adding a larger — possibly more than 6 inches — LCD model into the full lineup.

The report said the iPhone 9 is expected to come in two OLED models — 5.28- and 6.46-inch display sizes. Samsung’s OLED shipment is also likely to be more than double at 180 million units.

“Other details such as screen design and functions could be adjusted considering the phone is still under development.”

Given that we’re still a year away from any sort of iPhone X Plus announcement, this should all be taken with a massive grain of salt. It is interesting, however, to imagine what a 6.4-inch iPhone with the iPhone X design could look like.

What do you think of these renders? Would you be interested in a 6.4-inch iPhone X Plus? Check out the renders below and let us know your thoughts down in the comments.