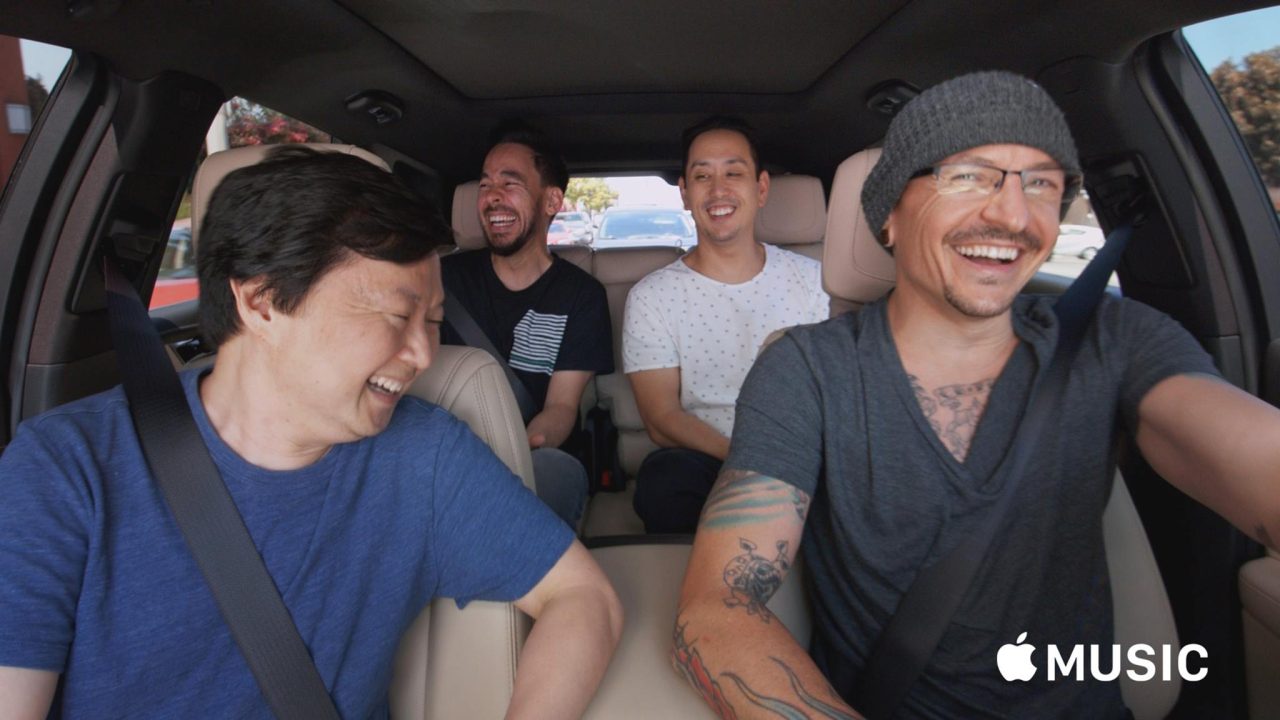 Prior to the death of lead singer Chester Bennington, Linkin Park had filmed an episode of Carpool Karaoke for Apple’s spin-off, but Apple said at the time that Bennington’s family would decide whether or not to air the segment. Linkin Park announced on Facebook today, however, that the segment will air next week…

In the post, the band says the episode will premier next Thursday on Facebook, making this the first segment from Apple’s Carpool Karaoke to air on a platform other than Apple Music.

Alongside Bennington will be his Linkin Park bandmates and comedian Ken Jeong. It’s unclear if the episode will be available outside of the band’s Facebook page. The debut of Linkin Park’s Carpool Karaoke comes ahead of the “Celebrate Life” concert that the band is hosting at the Hollywood Bowl in California on October 27th.

Head to Linkin Park’s Facebook page to see the band’s announcement post and where to watch the episode next week.