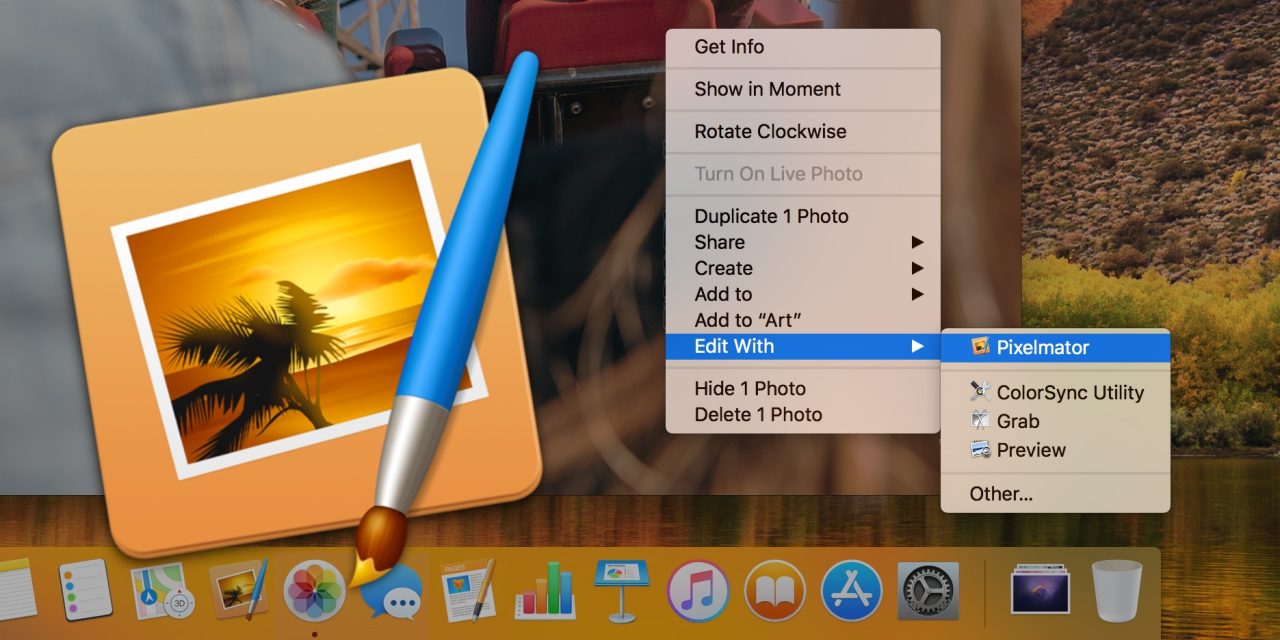 Pixelmator for Mac has just released version 3.7 to the Mac App Store, a small but important update to the Mac image editor.

The update includes support for the new ‘Edit With’ feature in the macOS Sierra Photos app, as well as the ability to import the new HEIF images taken by the latest iPhones.

Version 3.7 adds full compatibility with macOS High Sierra, including support for the new third-party editing integration in the Photos app.

Photos users can now easily use Pixelmator to edit photos in their library, and save any changes back to the iCloud Photo Library seamlessly.

Simply right click on a photo and select ‘Edit With -> Pixelmator’.

Pixelmator has also added support for the HEIF image format, which Apple has popularised recently with iOS 11.

iPhone 7, iPhone 8 and iPhone X devices take HEIF pictures by default. Now, you can import photos saved in the HEIF format with Pixelmator.

The update also brings various other improvements, including an enhanced Repair Tool, bringing back the ability to drag image assets from Photos and Safari directly into a Pixelmator canvas, better support for Photoshop PSD files and more.