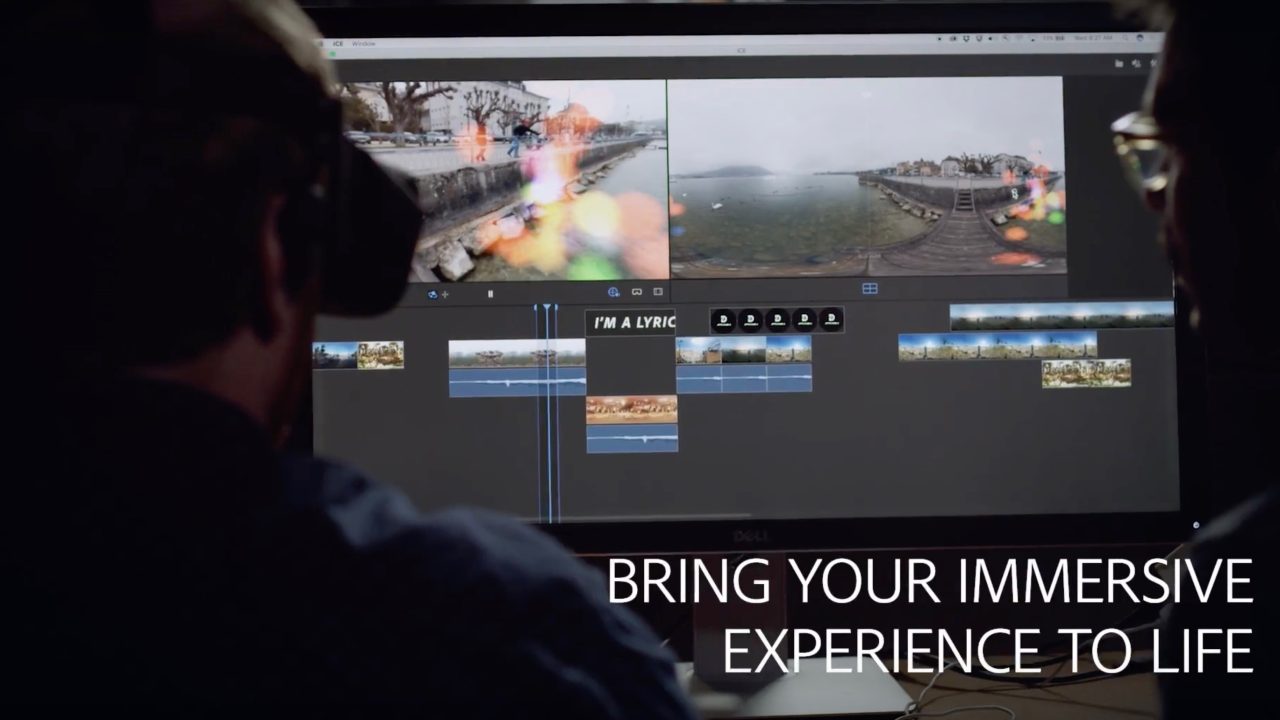 The magic begins by capturing 360-degree video and audio. Spatial audio imported by Project SonicScape is shown onscreen, with different frequencies represented by colored dots. This new visualizer moves beyond the traditional waveform by showing you not just audio frequencies themselves, but their position in 3D space. By clicking and dragging, the audio can be manipulated in space to change the perceived direction of sounds.

In a brief demo given to 9to5Mac, the VR interface looked like a fluid and intuitive way to tackle what has previously been a tricky problem. In terms of functionality, Project SonicScape today is still fairly rudimentary, but the product is not yet shipping and will likely be refined and revised significantly in upcoming months.

In its current state, Project SonicScape isn’t built into any specific Creative Cloud application, but rather serves as a standalone tech demo, showcasing the capabilities made possible thanks to modern advancements in VR. Adobe hasn’t provided a timeline for the feature’s release, but we’ll keep you up-to-date on new developments in the future.