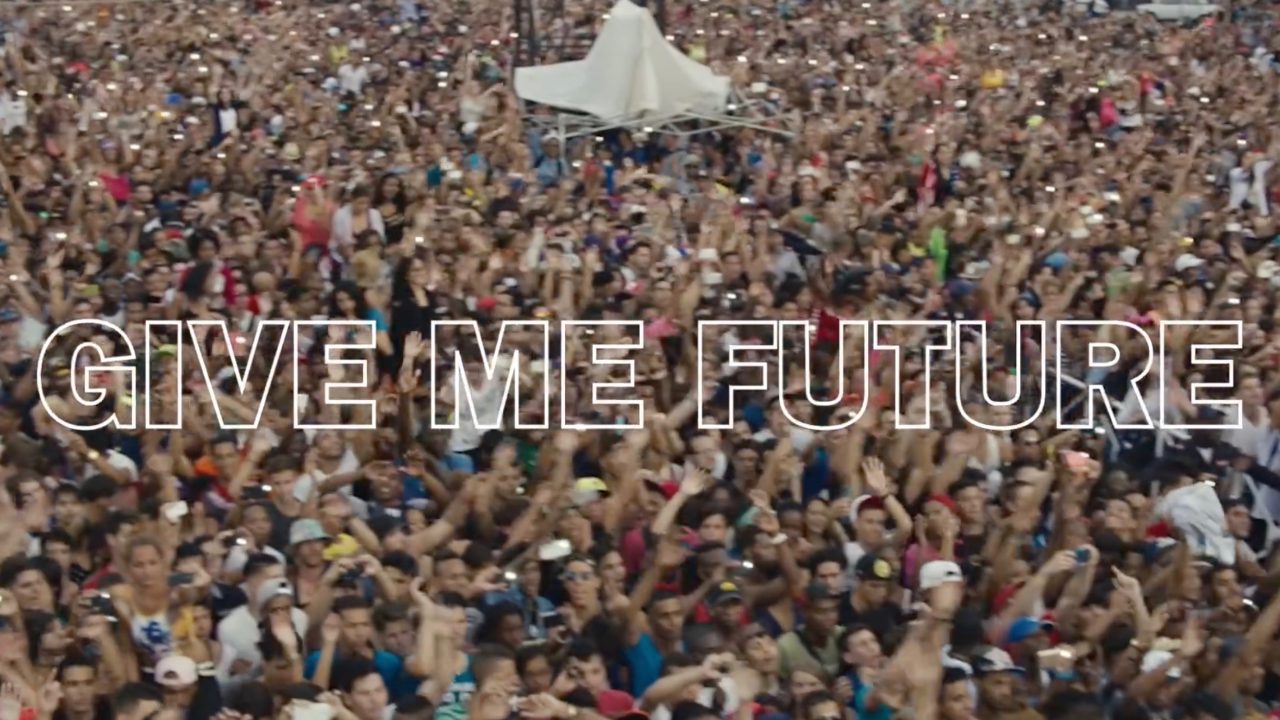 As it continues to expand original content efforts, Apple Music has secured the rights to an upcoming documentary about electronic music trio Major Lazer. The film depicts the process of organizing the first Cuban-American concert in Havana and is entitled Give Me Future.

The film starts shortly after President Obama announced that the “United States of America is changing its relationship with the people of Cuba. And begin a new chapter among the nations of the Americas.”

After President Obama made that announcement, Major Lazer’s Diplo, Jillionaire, and Walshy Fire set out to organize the first Cuban-American concert in Havana. The three are followed as they set up the concert, meeting with local Cuban artists and planning the intricacies.

In conjunction with the documentary, Major Lazer also announced a new album called “Major Lazer Presents: Give Me Future – Music From and Inspired by the Film.” The album features unreleased Diplo work, including songs recorded with Cuban artists during the making of this documentary.

Give Me Future debuted at the Sunset Film Festival earlier this year and will be available on Apple Music on November 17th. Will you be watching? Let us know down in the comments!

Here’s the trailer and description of the documentary:

In March 2016, following the restoration of diplomatic relations between Cuba and the United States, electronic dance music trio Major Lazer made history, becoming one of the first major American acts to play in the communist state. Unsure how their descent on Havana would be received and hoping to reach a few tens of thousands, the epic concert unexpectedly drew in close to half a million fans.

Much more than a garden variety music film, “Give Me Future” begins as a behind-the-scenes look at the historic concert and evolves into a masterful exploration of Cuba’s inspirational youth movement and its ingenious DIY information culture.

Capturing exhilarating performance footage and authentic stories highlighting the country’s cultural growth and desire for inclusion in the global community, director Austin Peters conjures a transcendent, rhythm-laced depiction of the powerful catalysts driving a country on the brink of change.