As we approach the release of the iPhone X next month, the device continues to make appearances in the wild. We shared a video and a handful of images of the device earlier this month, and now another close-up look of the iPhone X in white has hit the web…

Shared on Reddit, this video shows the iPhone X in white and offers a look at how iOS performs, as well as the Instagram app. In the video, it appears that Instagram is not yet optimized for the iPhone X’s notch as there are some alignment issues along the top. Of course, this is putting aside the fact that the all-white app design doesn’t look all that great when paired with the notch.

On the Home screen, you can see a TextEdit icon. Users have long called for Apple to bring TextEditor to iOS, but evidence in this video isn’t something to get too excited about. The TextEdit icon has appeared on internal test iPhone and iPad models before and we’ve yet to see the app launch to the public.

Earlier this month, a leaked video and a handful of images offered our first look at the iPhone X in the wild. The video showcased a new dynamic wallpaper that’s seemingly coming with the launch of Apple’s device, as well as the phone in white and black.

Check out the most recent video of the iPhone X in the wild below and let us know what you think of it, as well as the Instagram design, down in the comments. 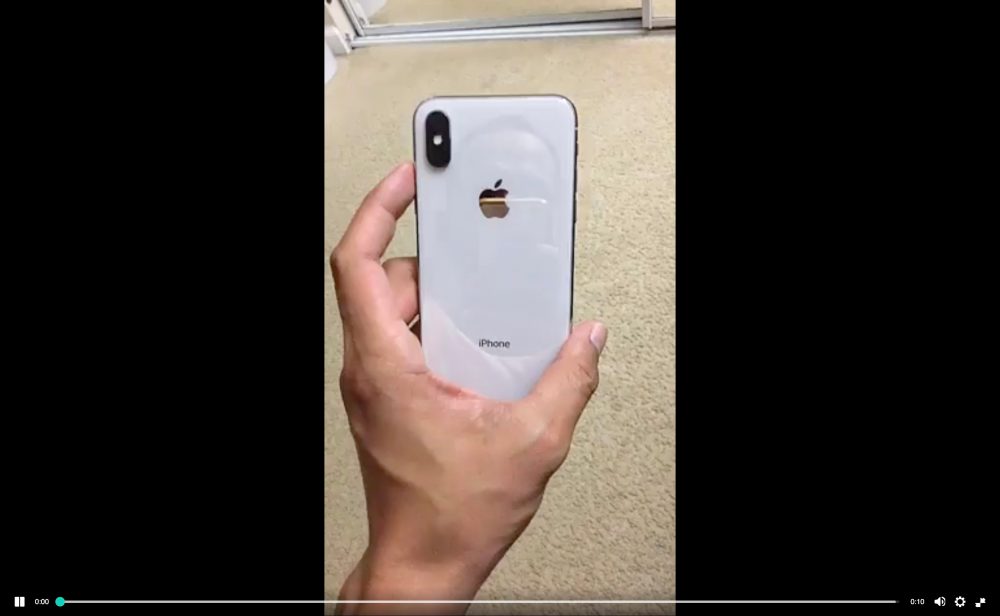