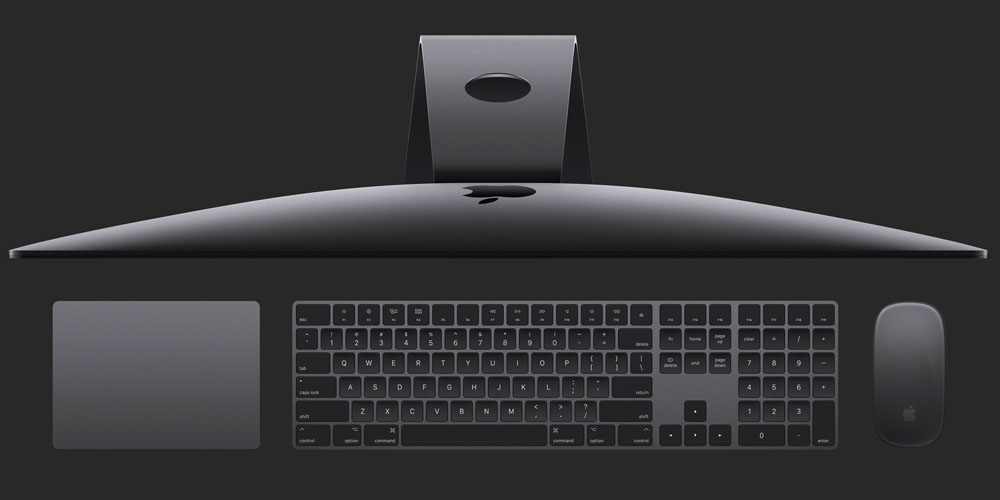 Apple is reportedly ordering the parts it needs for the iMac Pro in volume, as it readies for the debut of the new lineup. Back at WWDC, Apple officially announced the iMac Pro would be released in December (it also introduced new 2017 iMacs for consumers).

The iMac Pro uses high-end GPUs from AMD including the Radeon Pro Vega 56 and 64 graphics cards; these parts are packaged using a newer 2.5D technology …

According to Digitimes, a company called Siliconware Precision Industries is managing the production of the iMac Pro GPUs. The ’56’ GPU has 8 GB of dedicated video memory whilst the ’64’ has 16 GB.

A gradual increase in orders now indicates that Apple is on track to ship the iMac Pro sometime before the end of the year, but it’s not really possible to infer a more precise date than what Apple has already said: ‘December’.

The iMac Pro represents a major commitment to the professional Mac market by Apple, featuring pro components like workstation Xeon CPUs (up to 18 cores), high-end GPU options and up to 128 GB ECC RAM. Powerful internals naturally comes at a cost; the iMac Pro will start at $5,000.

Whilst it has completely reworked internals, the iMac Pro retains the same external chassis design as the normal iMac range featuring a 5K integrated display. Just for iMac Pro, though, is a Space Gray finish for the aluminium and accessories.

It is rumored that the iMac Pro was originally intended to be the only replacement for the trashcan Mac Pro.

However, Apple has since announced a commitment to pro Mac users and has promised a new modular Mac Pro and a new Apple external display are coming in the future.

Release dates for those products are even more vague; Apple simply said ‘after this year’. At least for a while, the iMac Pro will be the flagship pro desktop from Apple.