Surgeon uses iPhone-based ultrasound device to diagnose his own cancer 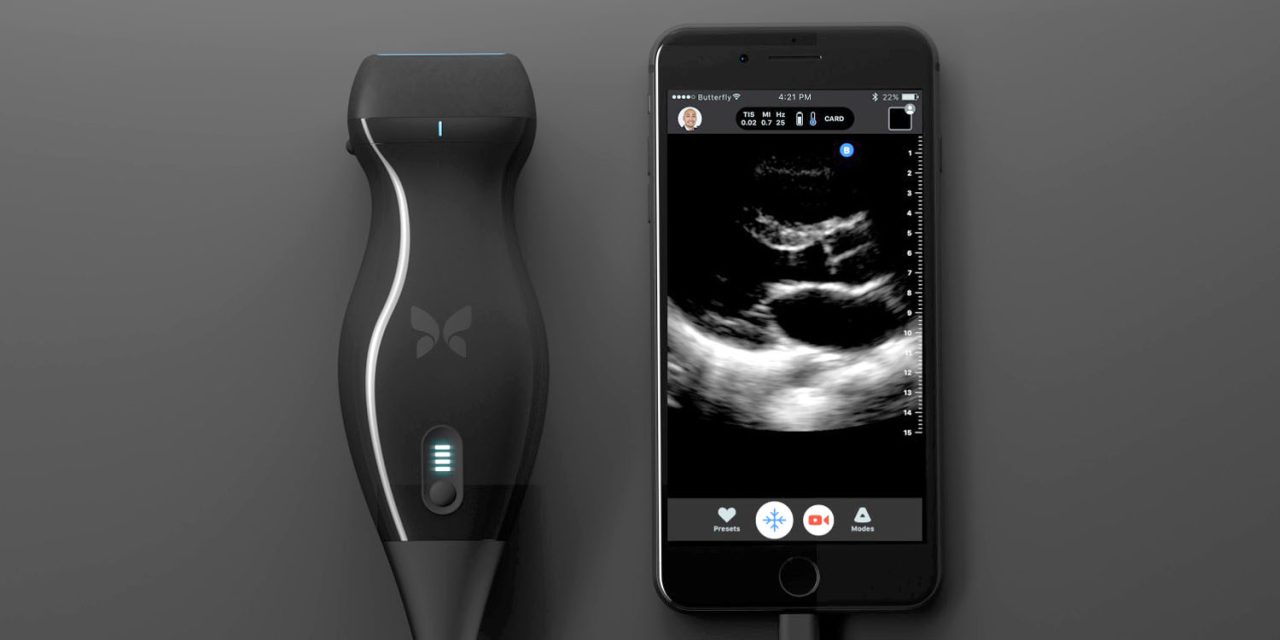 Black-and gray images quickly appeared. John Martin is not a cancer specialist. But he knew that the dark, three-centimeter mass he saw did not belong there. “I was enough of a doctor to know I was in trouble,” he says. It was squamous-cell cancer …

He was testing the advice after joining the startup making the device. Conventional ultrasound machines are large and expensive, but this one is small enough to be used anywhere, and will be a comparative bargain at $2000.

The device he used, called the Butterfly IQ, is the first solid-state ultrasound machine to reach the market in the U.S. Ultrasound works by shooting sound into the body and capturing the echoes. Usually, the sound waves are generated by a vibrating crystal. But Butterfly’s machine instead uses 9,000 tiny drums etched onto a semiconductor chip.

It uses the iPhone to display the results, and Butterfly Network says that it wants to go even further, turning it into a device that can be used without medical training.

The company says it hopes to combine the instrument with artificial-intelligence software that could help a novice position the probe, collect the right images, and interpret them. By next year, it believes, its software will let users automatically calculate how much blood a heart is pumping, or detect problems like aortic aneurisms.

Martin says that it could be used for things well beyond the normal hospital ultrasound machines.

Perhaps before too long a parent might diagnose a kid’s fracture at home.

The Butterfly IQ is expected to go on sale next year.

It’s not the first time an iPhone has been used to detect cancer. iPhones are also being used to help with all kinds of other medical diagnoses, including blood pressure monitoring, mental health studies, cholesterol measurement, ECG monitoring, eyesight tests and food analysis.