The iPhone X features a very different external appearance and design. Thanks to the iFixit teardown, we can now confirm that the internal design is also radically different and new.

The iPhone X has an L-shaped two-cell battery, an ‘unprecedented degree of miniaturization’ for the main logic board, and many other changes compared to the iPhone 8 series.

The logic board inside the iPhone X takes up about 70% of the space of an iPhone 8 Plus, despite packing in even more connectors and chips.

Apple has achieved the size reduction by stacking the logic board, to have active components on both sides. The board is essentially folded in half and soldered together during manufacturing. 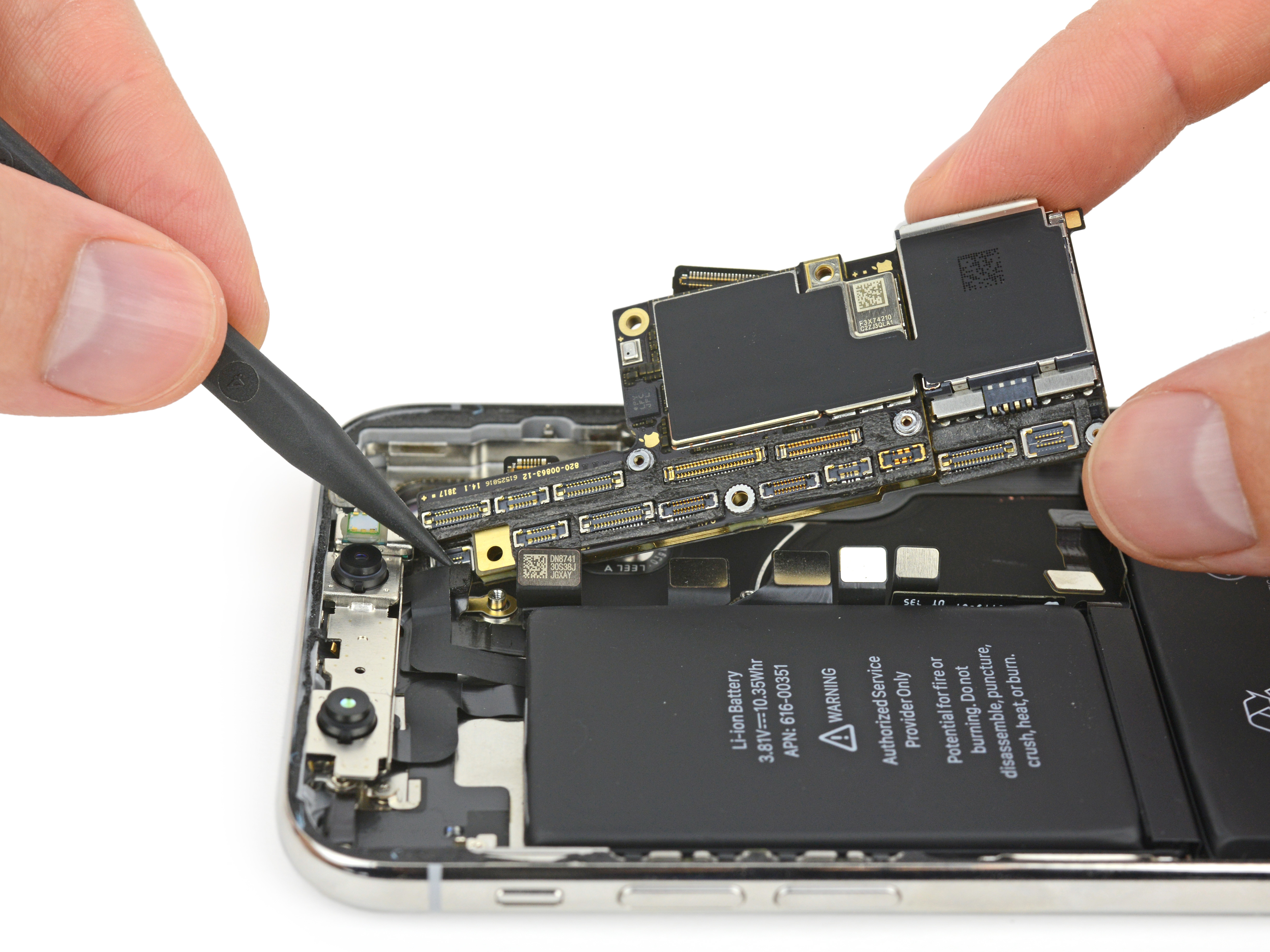 iFixit says that when the logic board is unfolded and laid out flat, it works out to be about 35% larger than the 8 Plus board. iFixit says the density of components on this board is unprecedented, even beating out the Apple Watch for space efficiency.

The iPhone internal design continues to be dominated by its battery. For iPhone X, Apple has shrunk the logic board to free up space for a new L-shaped battery component. This is essentially a two-cell battery, enabling maximum use of the available space. The total capacity of the iPhone X’s battery is a smidge larger than the iPhone 8 Plus (10.35 Wh vs 10.28 Wh), despite the overall chassis being way smaller.

Other notable differences when compared to previous iPhones include a new bracket for the dual camera; iFixit believes this acts like a mini airbag to cushion impacts and protect the sensors. The Lightning connector also appears to have been reinforced with a wider bracket and new screws. We also get a close up look at the TrueDepth camera system, which combines IR illuminators, dot projectors and cameras to make a depth map and enable Face ID authentication. Apple has moved the earpiece down to make room.

It is also clear from these images why the iPhone X’s rear camera was flipped to a vertical stack; to avoid the TrueDepth camera system.

The other sensors in the notch, like the ambient light sensor and proximity sensor, are attached to the display component.

See the full teardown over at iFixit. A Chinese site videoed a teardown of the phone last night.