After reporting strong earnings and forecasting a record-smashing holiday quarter this week, Apple’s market capitalization has crossed over $900 billion during intraday trading. As MarketWatch notes, this makes Apple the first publicly traded US company to reach this milestone.

Investors are partly jazzed about the strong results Apple reported last Thursday. Apple sold more iPhones than predicted despite the iPhone X not being available in the quarter it just reported. And Apple’s guidance for its holiday quarter is remarkably higher than any previous quarter to date with revenue between $84 billion and $87 billion expected.

AAPL is currently trading around $175.60 (with a new intraday high of $175.78). At the current rate, Apple is on its way to becoming the first US publicly traded company to reach a $1 trillion market capitalization; Google (parent company Alphabet) only recently became the second company to cross the $700 billion milestone. Several analysts expect Apple to cross the trillion dollar milestone sooner than later. 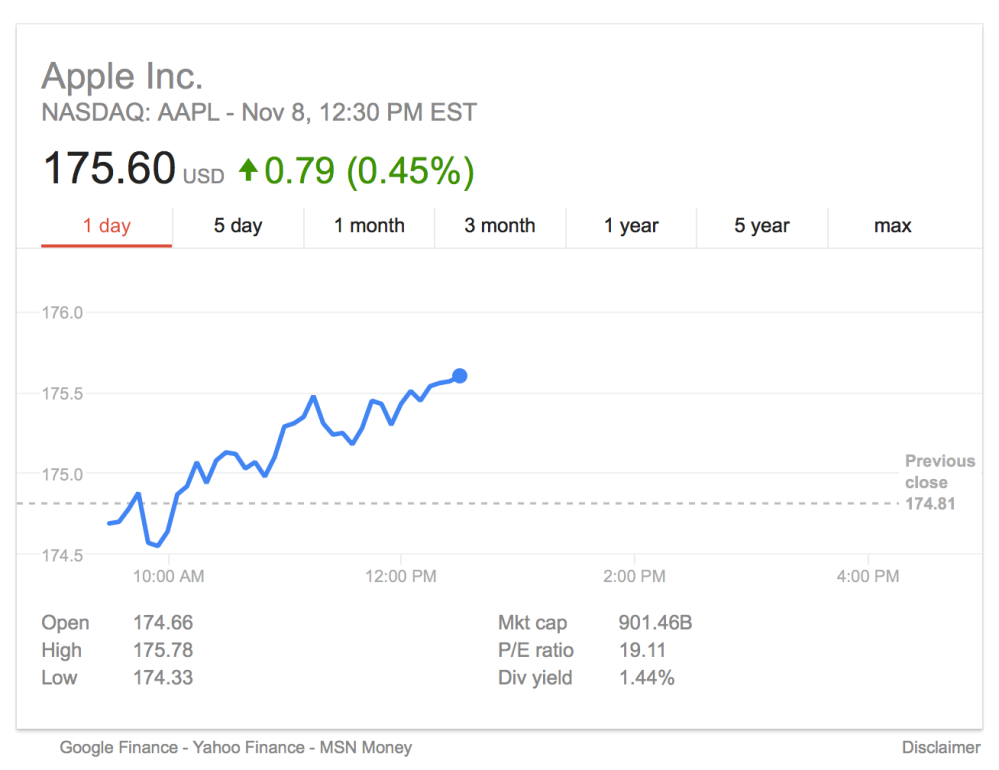