Bloomberg has published new details about what to expect from new iPad Pros next year. KGI already predicted that Face ID will come to the iPad Pro lineup in 2018, and today’s report adds several additional details including the possibility of a redesign.

According to Bloomberg, Apple is working on new iPads that indeed include Face ID, Apple’s new facial recognition feature that just debuted on the iPhone X, and with that change will come the removal of the Home button. iPads can already rely mostly on gestures for navigation which iOS 11 only increases, and facial recognition can replace fingerprint recognition for biometric security.

The report also notes that it is not likely we’ll see iPads switch to OLED displays next year. iPhone X features a 5.8-inch OLED display, but the 10.5-inch and 12.9-inch iPad Pro screens are larger and include features like ProMotion and Apple Pencil support that aren’t on iPhones. OLED is a pricier component due largely to supply as well so cost is a major factor.

Speaking of Apple Pencil, Bloomberg says a new version of Apple’s digital stylus is in the works which would mark the first change to that hardware since it was introduced alongside the original iPad Pro. The report also says the updated hardware will feature a new design with a smaller forehead and chin and an Apple-designed GPU similar to the iPhone X. 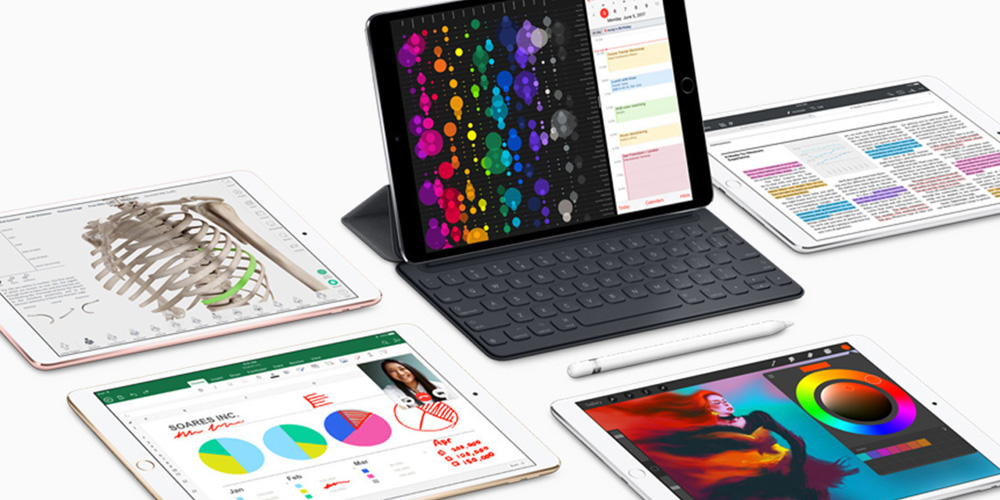 If Apple manages to shrink the bezel of the new iPads without changing the screen size, this could make the overall form factor (and possibly weight) reduced compared to the current models. This would especially be beneficial for the larger iPad Pro which has the same design as the first-gen model from 2015.

In terms of timing, however, the updated hardware isn’t expected to debut anytime soon. Apple released the current 10.5-inch and 12.9-inch iPad Pro models at WWDC in June, and today’s report says the newer versions likely won’t be ready until later next year. Read the full report at Bloomberg.