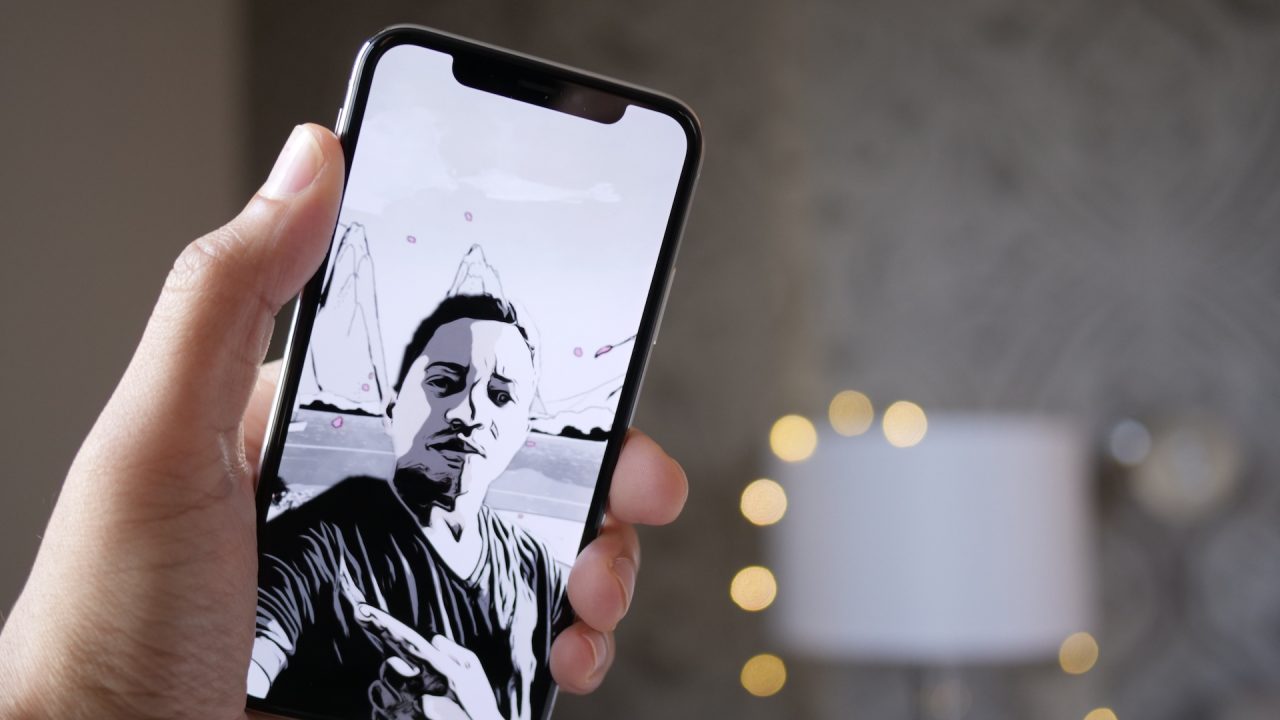 After its initial debut back in April, Apple’s Clips app is maturing into a go-to application for users looking to create video content via a quick and easy to use interface. The antithesis of complicated menu-driven video editing apps, Clips packs a ton of features into a surprisingly deep, but relatively simple-to-use UI.

In my first hands-on Clips tutorial back in April, I was impressed by the type of content that users could produce while wielding the few tools provided within the app. Fast-forward to July’s release of Clips 1.1, which added Disney/Pixar assets along with additional content from Apple, and it was clear that Clips wasn’t destined to be just a flash in the pan.

Back in July, Apple reported that Clips was garnering over 1M monthly unique users, and I suspect that Clips 2.0 will only broaden the app’s appeal and expand to more users. New features, such as the super-impressive Selfie Scenes revealed during the iPhone X keynote, harness the power of the device’s TrueDepth Camera to immerse the user inside one of a dozen 360-degree environments. There’s even a couple of Star Wars-inspired scenes, including one from the upcoming Last Jedi movie.

Just how big of an upgrade is Clips 2.0? Have a look at our hands-on video walkthrough as we highlight some of the key new features.

An iPhone X-exclusive feature, Selfie Scenes use the front-facing TrueDepth Camera to remove the background, placing users inside one of 12 different 360-degree locations. Scenes include two Star Wars-inspired locations—Millennium Falcon or Mega-Destroyer—along with ten additional Apple-designed scenes. Each scene features unique visual styles, and where appropriate, ambient sounds. Users also have the opportunity to place stickers and emoji within any scene.

Clips 2.0 brings a whole host of new effects and stickers to the fore. These include new real-time artistic effects that utilize machine learning and style transfer technology. Users can, in real-time, turn photos and videos into a charcoal pencil sketch, watercolor, or oil painting. These effects appear in addition to the filter effects normally found in the default Camera app. 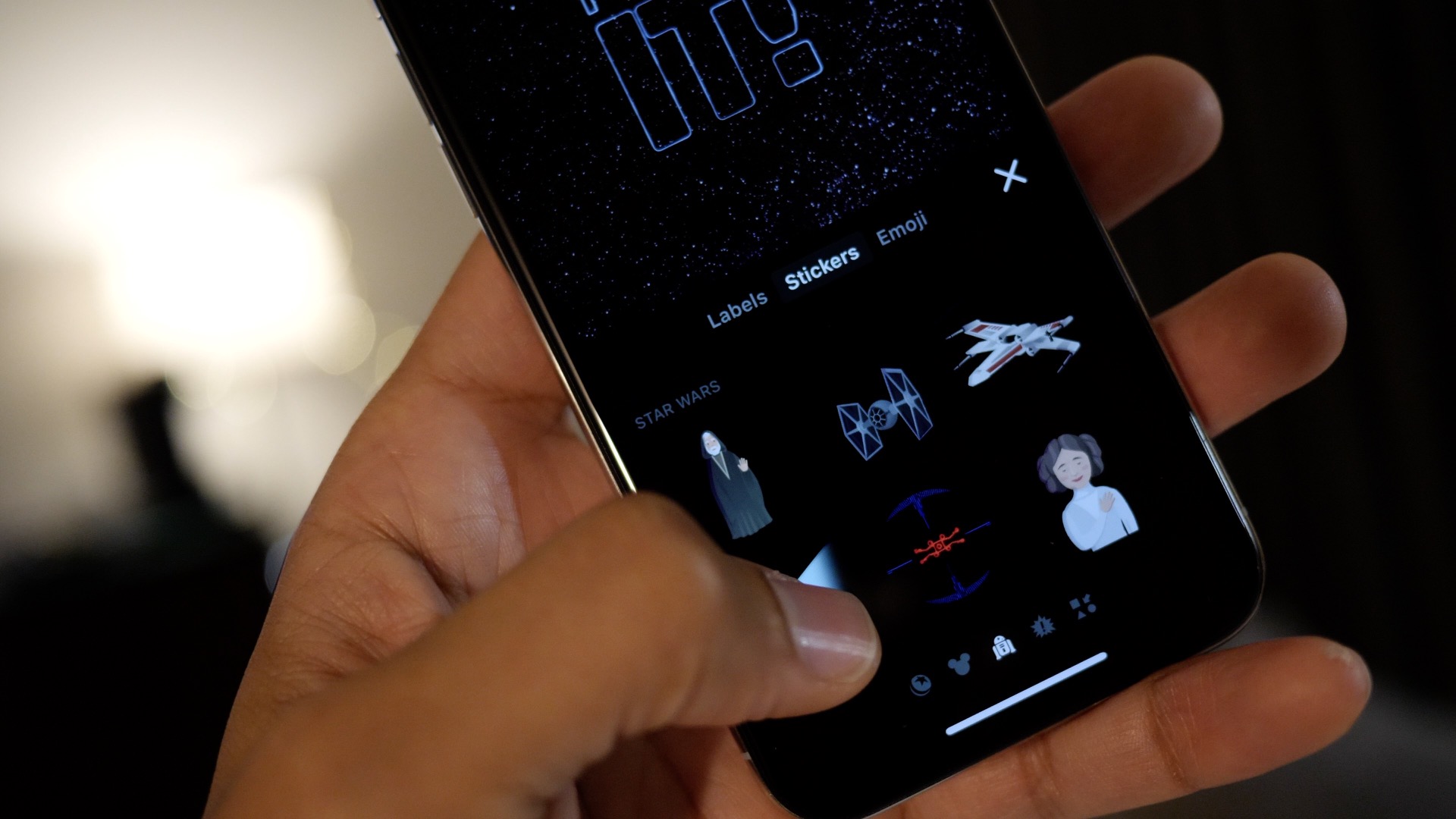 Users will also be happy to find 16 new Apple-designed stickers along with 21 new royalty-free indie artist soundtracks. Just like before, the soundtracks dynamically change in length to match the duration of the video content in the Clips timeline.

The first two versions of Clips featured basically the same interface, but version 2.0 is a distinct enhancement over the previous versions. The most obvious difference is support for the iPhone X, which affords an edge-to-edge design that seeks to use up every pixel on the display. 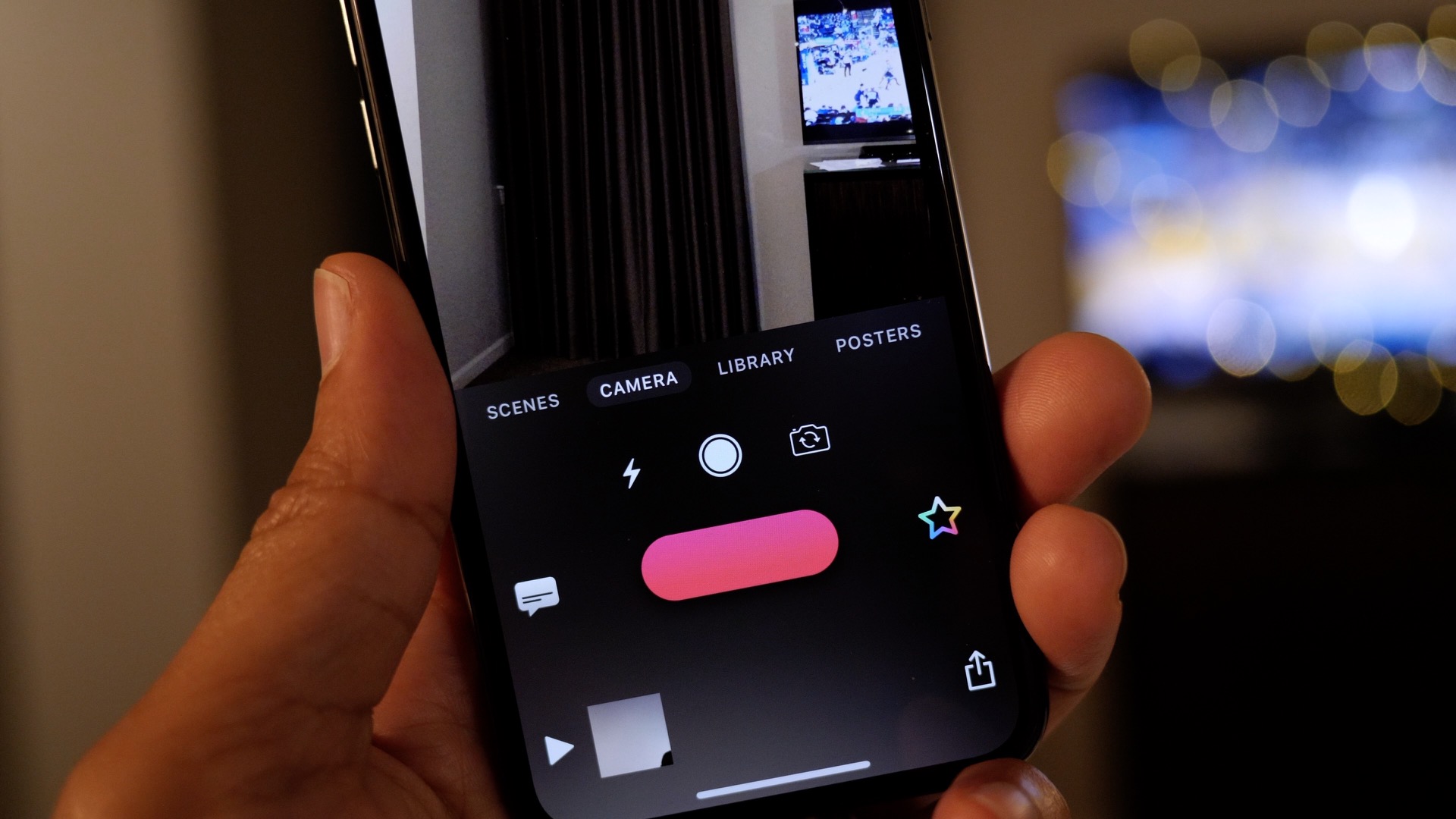 But from a usability standpoint, the biggest difference is the streamlined, easier-to-use interface. Users will now find four distinct tabs below the viewer for switching between Scenes, Camera, Library, and Posters. The Camera tab in particular has been simplified to include both still and video recording functionality within the same interface.

Last but not least, there is iCloud Support. iCloud integration allows Clips users to begin creating on one device, and pick up right where they left off on another device. This includes switching between iPhone and iPad and vice versa. 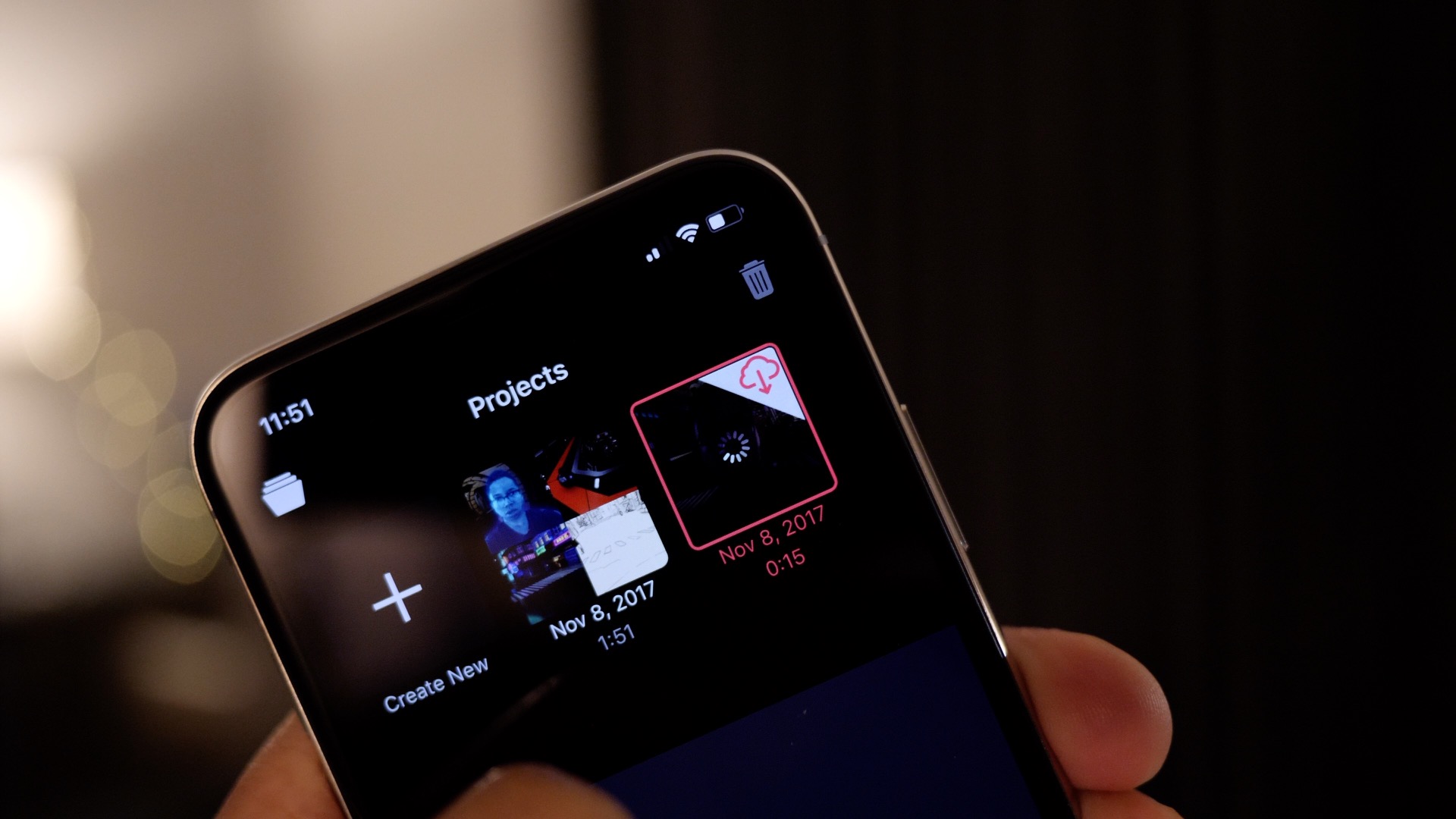 iCloud Photo Library content is referenced by Clips instead of being copied in order to more efficiently utilize iCloud Storage. And because full Clips’ projects are synced via iCloud, you have access to all of the data within a project, lending you full editing capabilities regardless of the device. 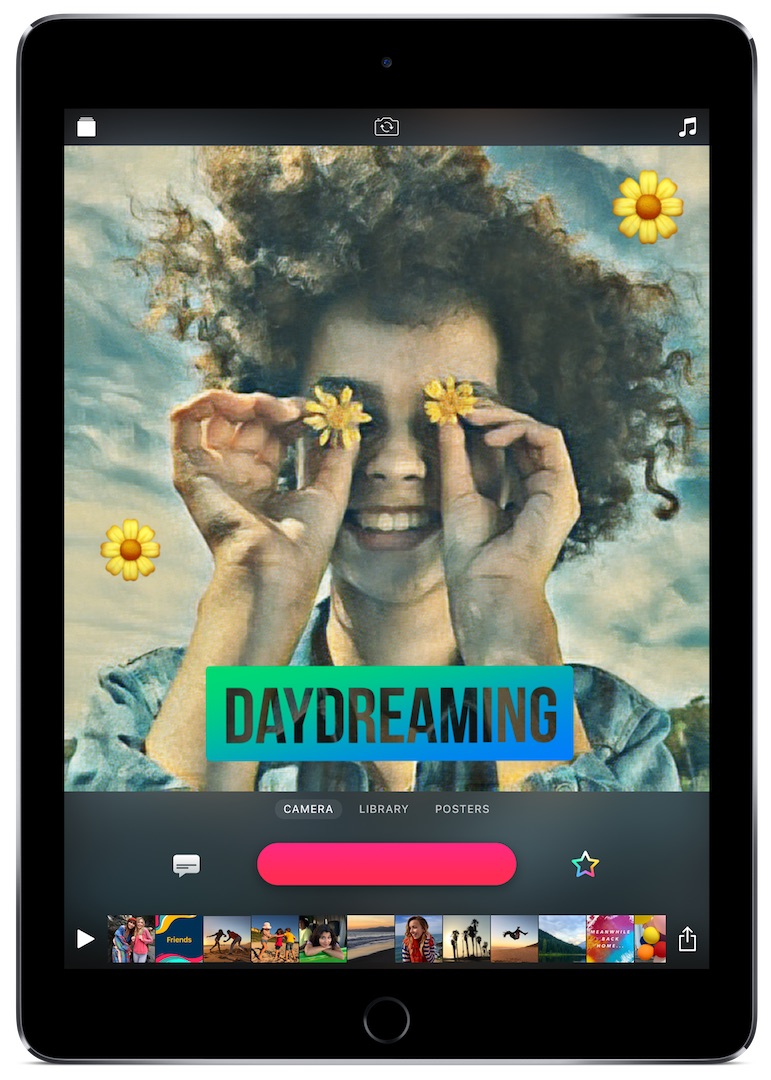 I’ve only been able to go hands-on with Clips 2.0 for a few hours, but right off the bat it’s clear that its UI is more focused and easier to use. I appreciate the fact that each button within Clips is now labeled for easy identification, and that should help decrease the barrier to entry for new users.

That said, the new Selfie Scenes easily steal the show, because they basically allow you to achieve a chromakey effect without any special lighting, green screen, etc. With help the depth-sensing front-facing TrueDepth Camera, Clips 2.0 can easily separate the user and replace the background environment with a custom one. 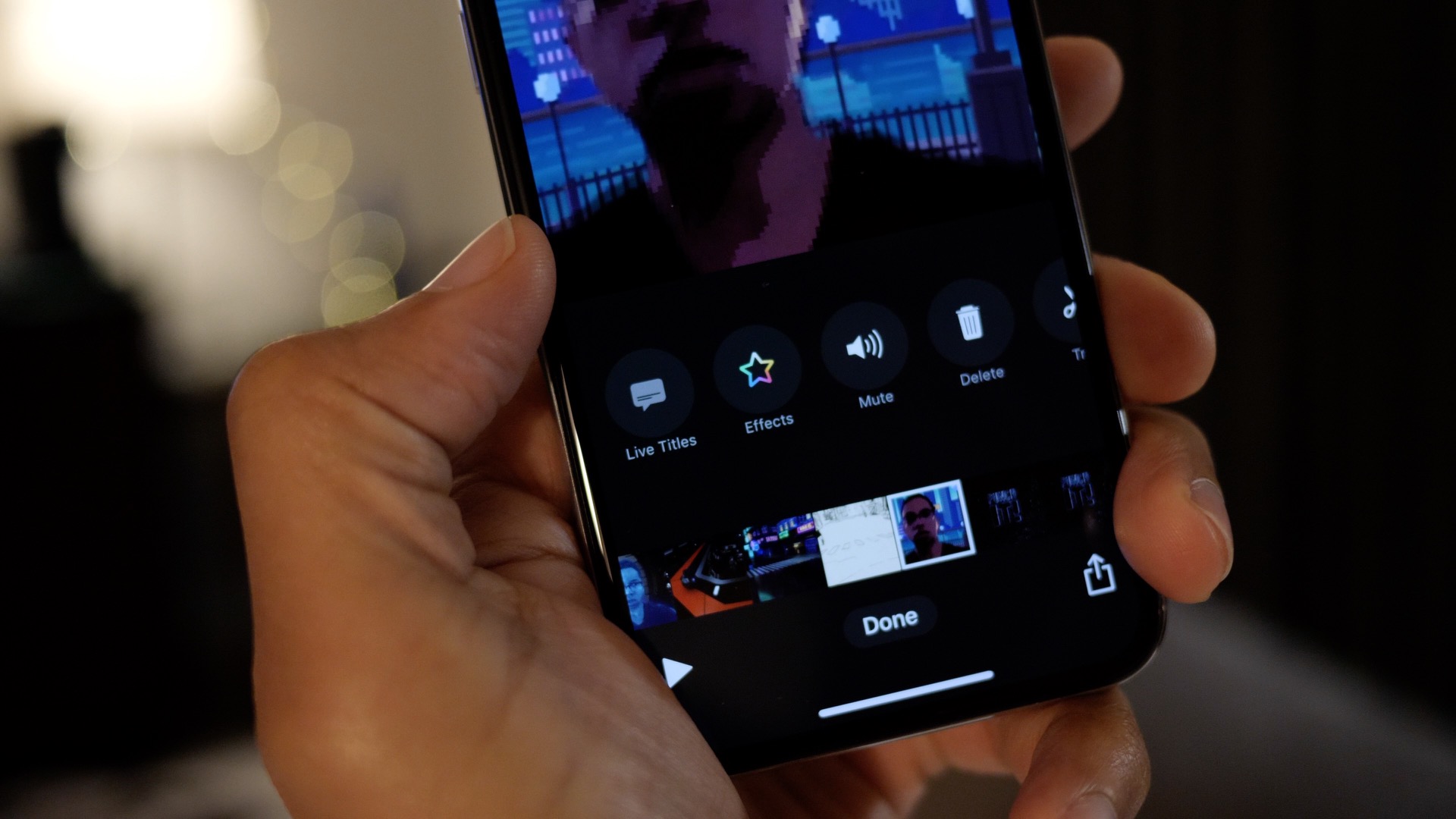 The StarWars Selfie Scenes stand out for obvious reasons, but I really enjoyed the Metropolis, Sketchbook, and 8-Bit scenes as well. These immersive scenes essentially allow video creators to go “on location” and film scenes as if on a set of a movie.

Selfie Scenes aren’t perfect, but as long as you have decent lighting, the effect is surprisingly engrossing. Once a Scene is selected, you can easily record yourself within that scene to build on your Clips timeline. 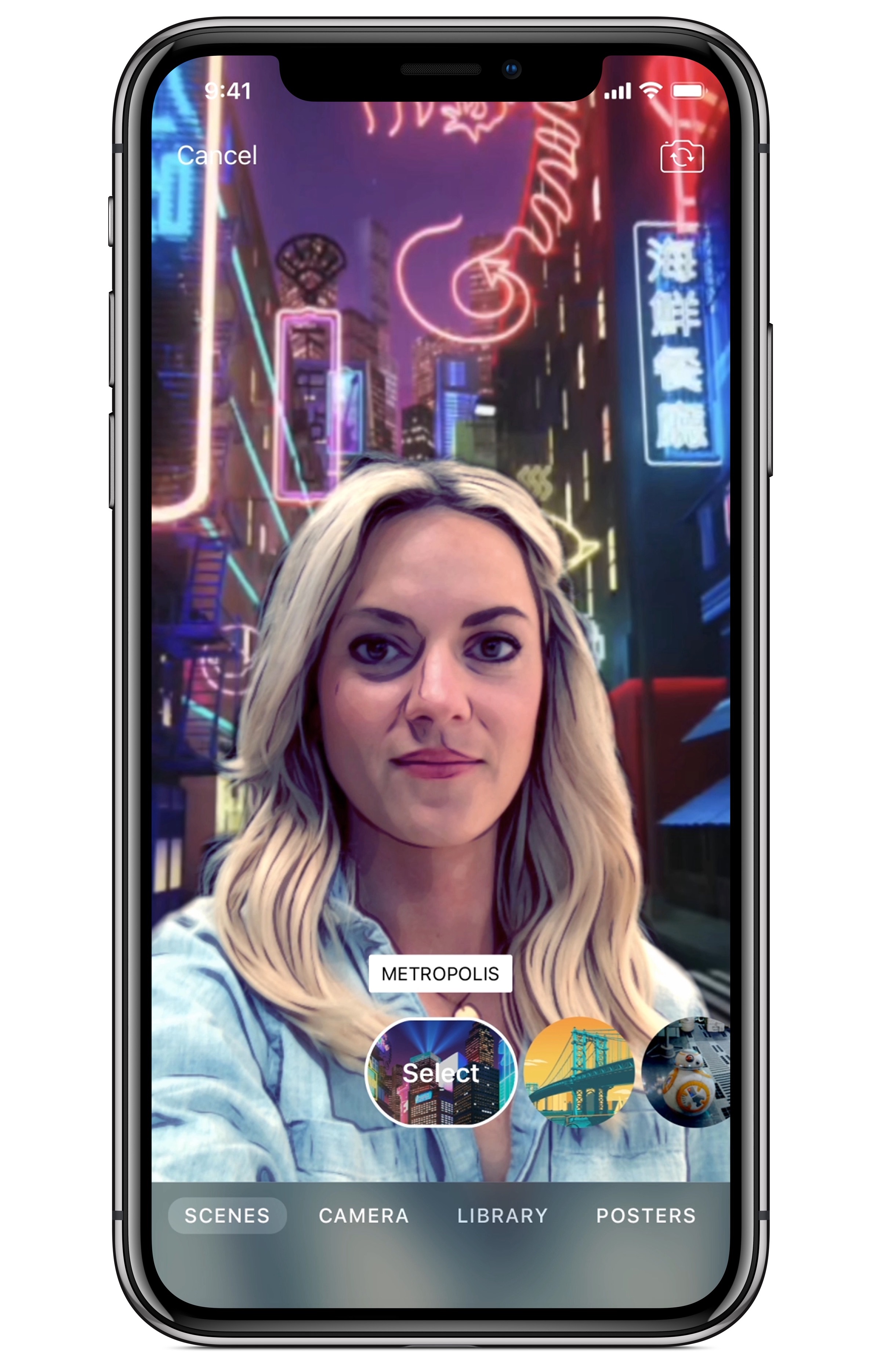 Another new addition that I’ve grown to appreciate is the ability to copy any clip in your timeline directly to the viewer for additional modification, or edits. This allows you to easily grab any frame from your in-progress production, and build it out even further. 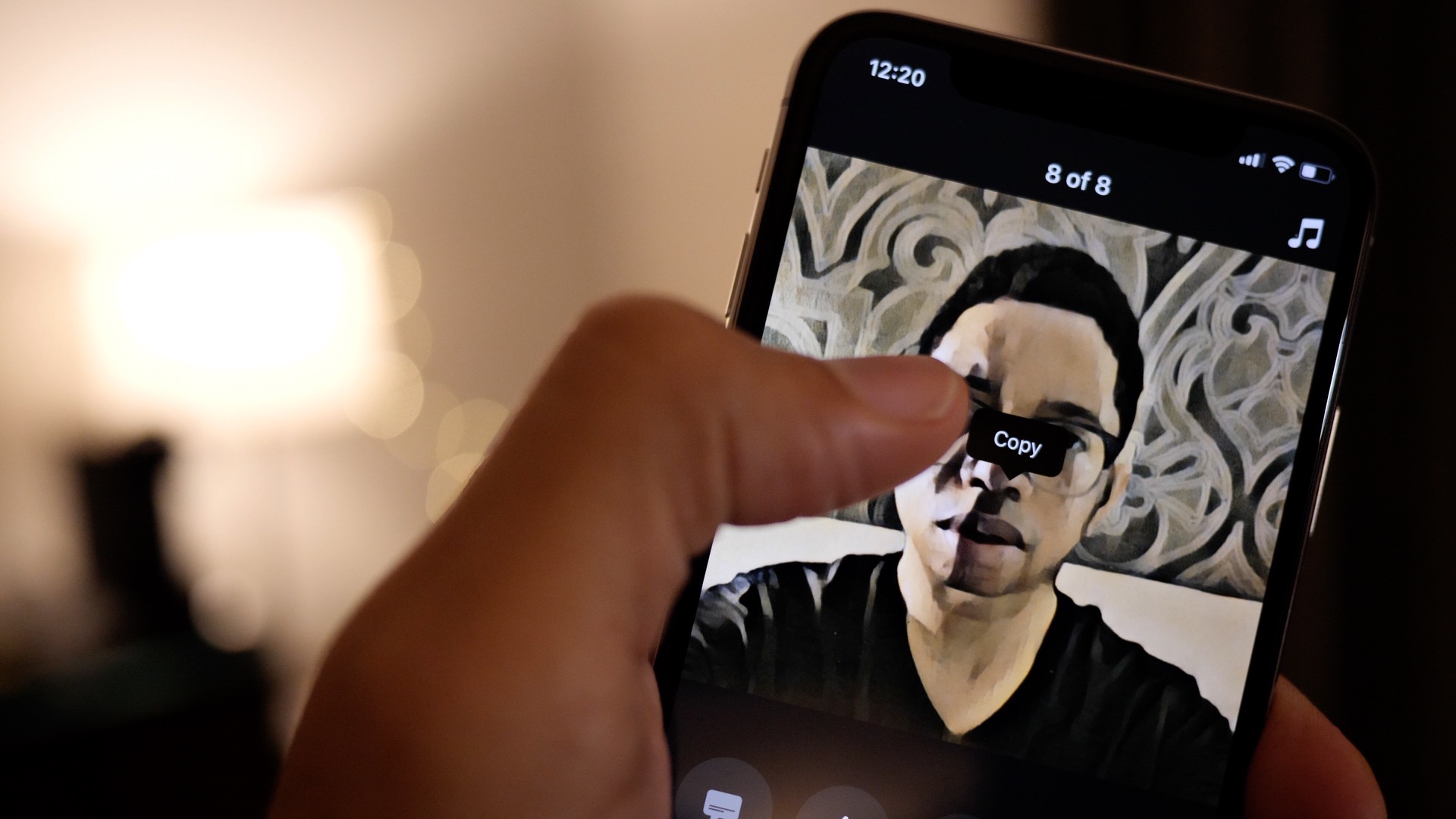 Needless to say, Clips 2.0 is a very fun update, especially for iPhone X users. But even if you don’t yet have access to an iPhone X, the streamlined interface along with the new effects, stickers, and posters are enough to reinvigorate the app.

Clips 2.0 is available as a free update on the App Store. Compatibility includes the iPhone 5s, iPad Air, and iPad mini 2 models and later. Clips 2.0 also requires iOS 11.1 and later. 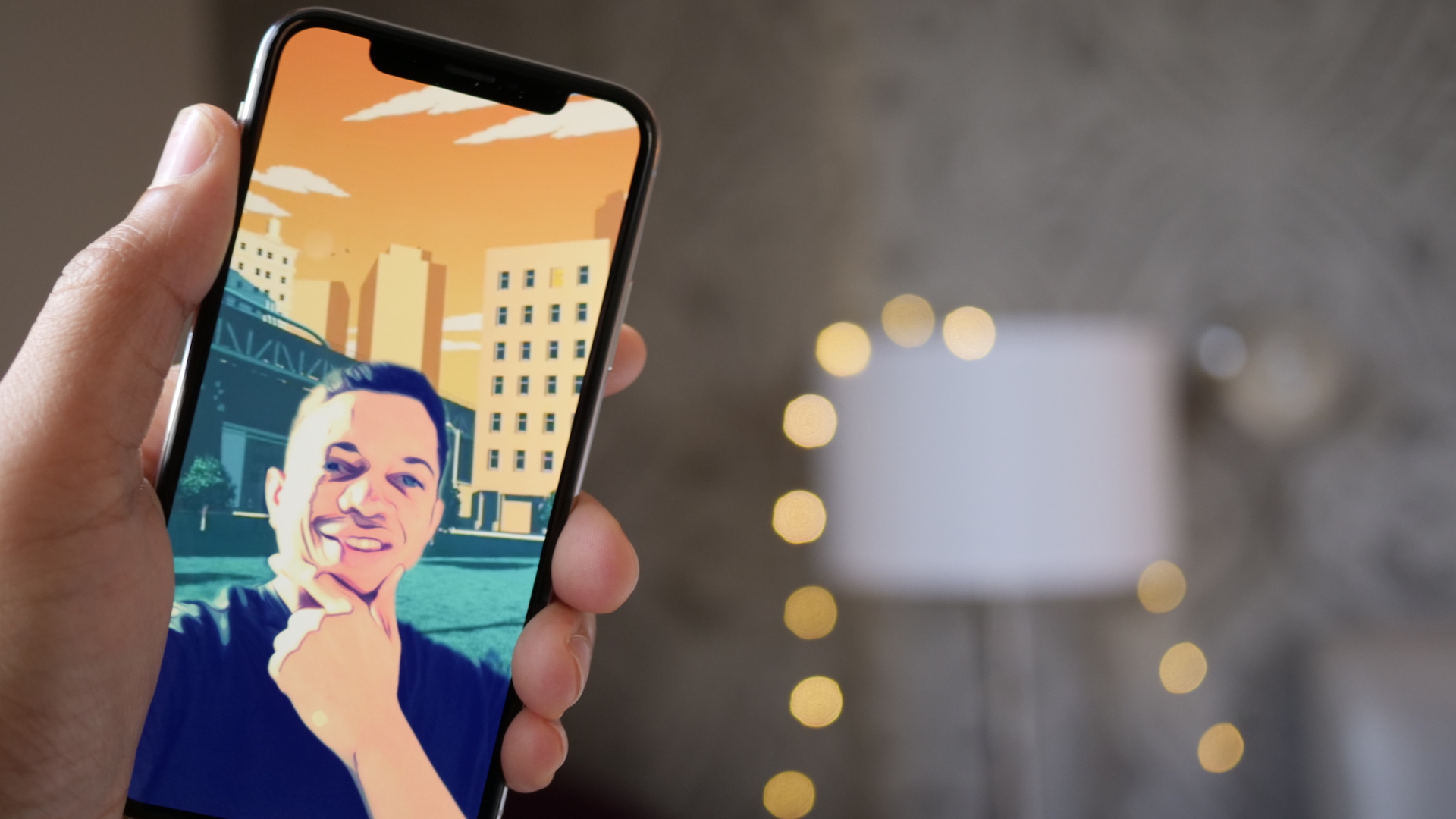 As mentioned, because Selfie Scenes require the True Depth camera, this feature is exclusive to the iPhone X. Style transfer effects require an iOS device with an A10 processor or higher. This includes the iPhone 7 and later models and the 2017 iPad Pro.

What do you think about Clips 2.0? Sound off in the comments section with your observations.