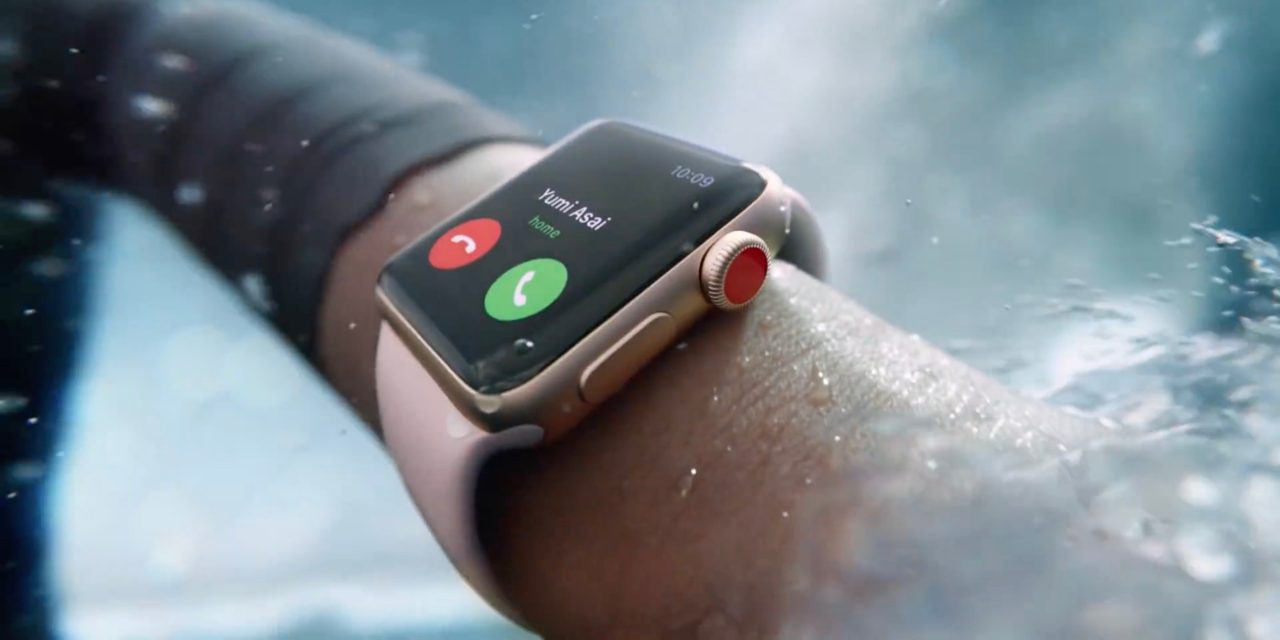 Apple Watch Series 3 lets you make calls even when your iPhone isn’t nearby, and the new cellular feature is already coming to the rescue out in the wild. A recent Daily Mail report tells the story of kitesurfer John Zilles who crashed into water a mile offshore where sharks have been known to swim. Equipped with just Apple Watch Series 3, Zilles phoned home to let his family know he’d be in late then guided the Coast Guard to his location.

The incident started when Zilles was kitesurfing with a hydrofoil and ended up about a mile offshore before wiping out and losing his ride. After attempting to get his kite back in the air, Zilles decided he had about a two-hour swim to make it to shore with all his equipment.

After checking the time on his Apple Watch, Zilles realized the new model could make phone calls so he called his family to let them know he’d be home late. Zilles spent the next half hour kicking his way back to shore, but the thought of sharks being spotted in the area worried him as he estimated well over an hour more time in the water.

‘I started thinking about all the great white shark sightings in our area, and although I realised I could probably swim in, I couldn’t stop thinking about sharks – it was a real mind bender.

‘It was maybe a 2 hour swim, so I probably had another 90 minutes – but there was a strong current and I had a lot of gear as well, so I was only kicking.’

Zilles even thought he may have encountered a shark at one point, although it ended up just being a part of his equipment. Still concerned, he ultimately decided to call the local Coast Guard from his Apple Watch and directed them to his precise location for rescue. Zilles even got a nice response from Tim Cook after sharing his experience:

‘I’ve seen people put phones in waterproof cases but, didn’t want to risk it – so when the Watch came out I thought this is awesome, I should do it.’

‘My wife was giving me a hard time, for buying more technology, but I leave my phone at home a lot now – I think it’s freeing us from the addiction of phones.

Zilles was so impressed he wrote to Apple CEO Tim Cook to tell his story, and says he got a ‘short but sweet’ reply from Cook, saying ‘wow. happy to hear you are safe.’

Back in September, Apple shared its ‘Dear Apple’ video that tells the story of real customers who have used Apple Watch to change their lives, and for me Apple Watch kickstarted a significant lifestyle change that has absolutely made me healthier.

Adding cellular without iPhone enables even more possibilities. You can even call emergency services like 911 just by pressing the side button for a few seconds without your iPhone when you have cellular enabled.