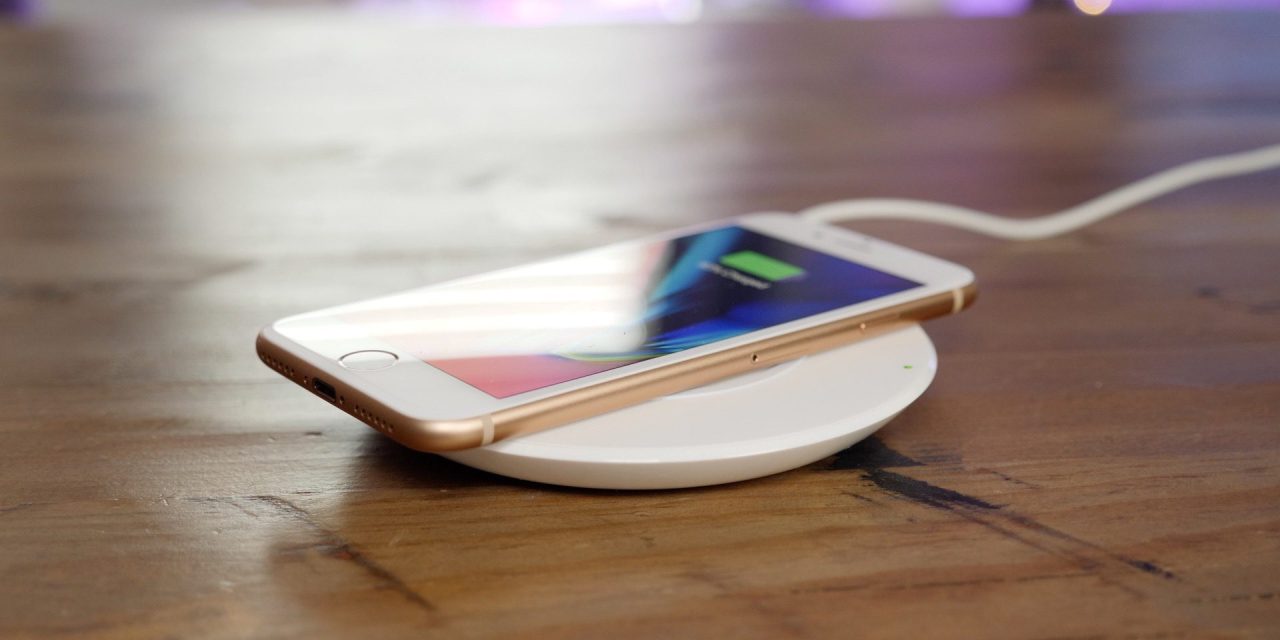 The iOS 11.2 betas include support for faster 7.5 watt wireless charging; the current public releases of iOS 11 limit iPhone 8 and iPhone X to 5W Qi wireless charging only. However, what is the practical impact of this change? Early testing shows that the improvements in charging speed using a 7.5 W charger is very slight.

Matt Birchler graphed how his iPhone 8 Plus battery percent increased over time, comparing wireless charging on iOS 11.0 to iOS 11.2 at the so-called ‘faster’ speeds. Somewhat surprisingly, the difference was very small. After half an hour, the battery percent was identical in Birchler’s testing.

After an hour, the 7.5W charger was only slightly ahead. At the end of the 2 hour period, the iPhone 8 Plus on iOS 11.0 reached 40 percent battery life.

The same iPhone running iOS 11.2, using the new 7.5W Qi speeds, hit just 47 percent. Whilst the headline feature of upgrading from 5W → 7.5W sounds dramatic, the reality is much less than a 50% gain. 9to5Mac’s own testing also saw negligible improvements at the hour mark. 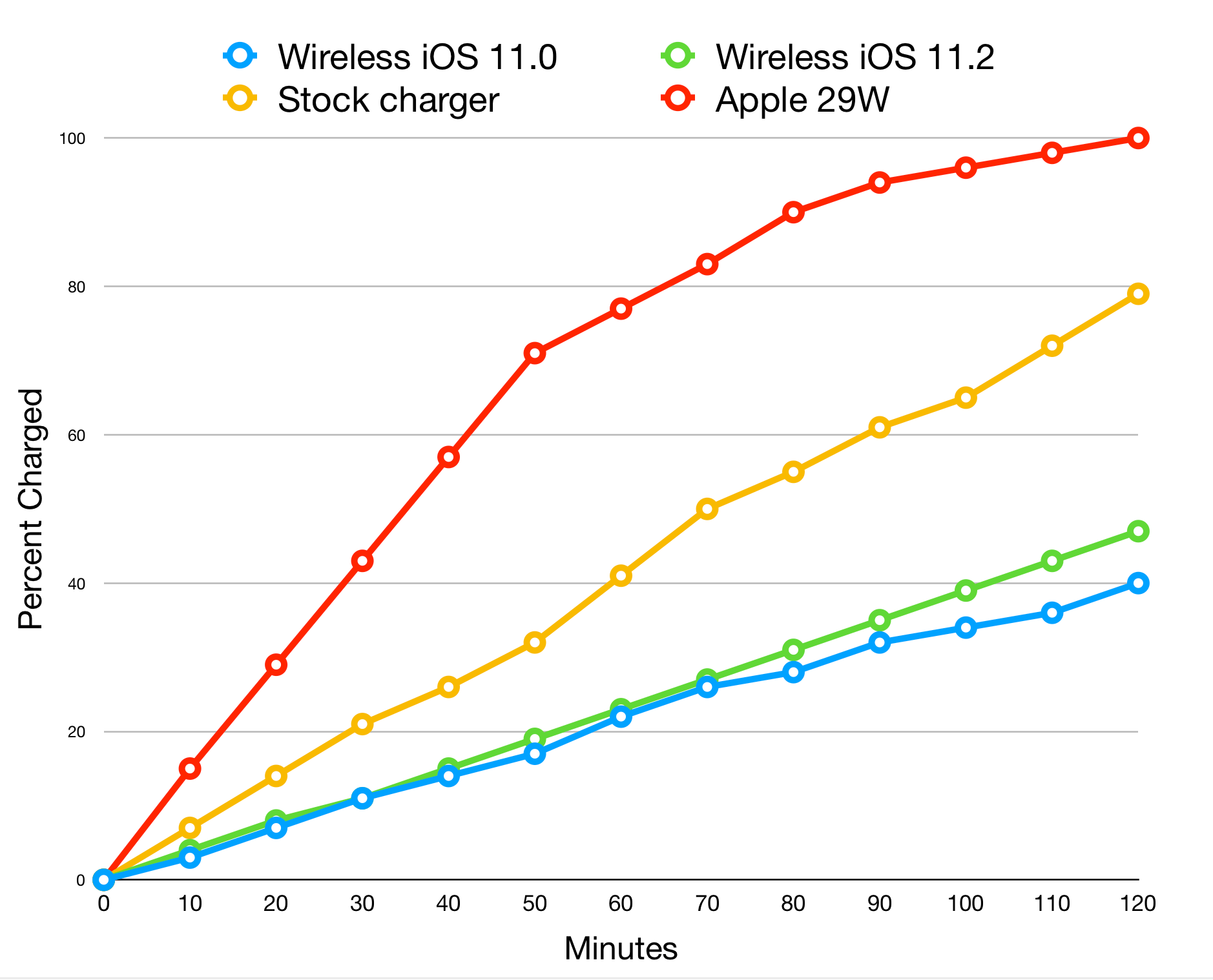 Qi charging may be convenient, but if you are looking to charge your iPhone quickly, you should definitely stick to using a cable. The bundled Apple wired charger reaches 80 percent in 2 hours, and the 29 W USB-C fast charger hits 100% in 2 hours, as shown by Birchler’s chart. An iPhone 8 would reach maximum battery capacity moderately faster, simply because it has a smaller battery than either an iPhone 8 Plus or iPhone X.