With Apple’s HomePod delayed into 2018, here are the best alternatives available this holiday season

Apple announced yesterday that it’s delaying the HomePod smart speaker into early 2018, missing the critical holiday shopping season. The delay is definitely a disappointment for eager Apple fans, but thankfully there are a handful of other smart (and dumb) speaker options out there. In many cases, they may even be better options than Apple’s HomePod. Read on as we break it all down…

The HomePod is unique in that it offers Siri integration, allowing it to act as a virtual assistant for things like HomeKit control and music playback. While you can always use Siri with one of the below speakers via your connected iPhone or iPad, it’s not as integrated of an experience as what HomePod offers. So, that’s something to keep in mind as you look at third-party smart speakers.

These are the best alternatives to the Apple HomePod this holiday shopping season: 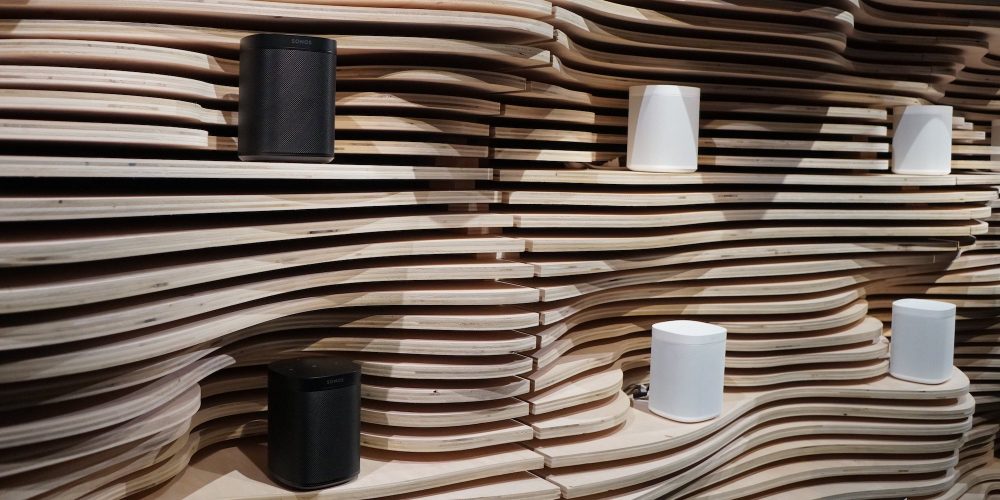 It’s hard to deny that Sonos is the current leader in whole home audio systems. While pricey, you’re paying for a system that’s easy to use and works nearly flawlessly with Apple’s ecosystem.

Sonos offers several different speaker options, but most recently the company introduced the Sonos One wireless speaker. This model marks the first speaker to offer built-in voice control with Amazon Alexa integration. Furthermore, the Sonos One will gain support for AirPlay 2 and Siri sometime in the future, which improves compatibility with Siri and the rest of the Apple ecosystem. 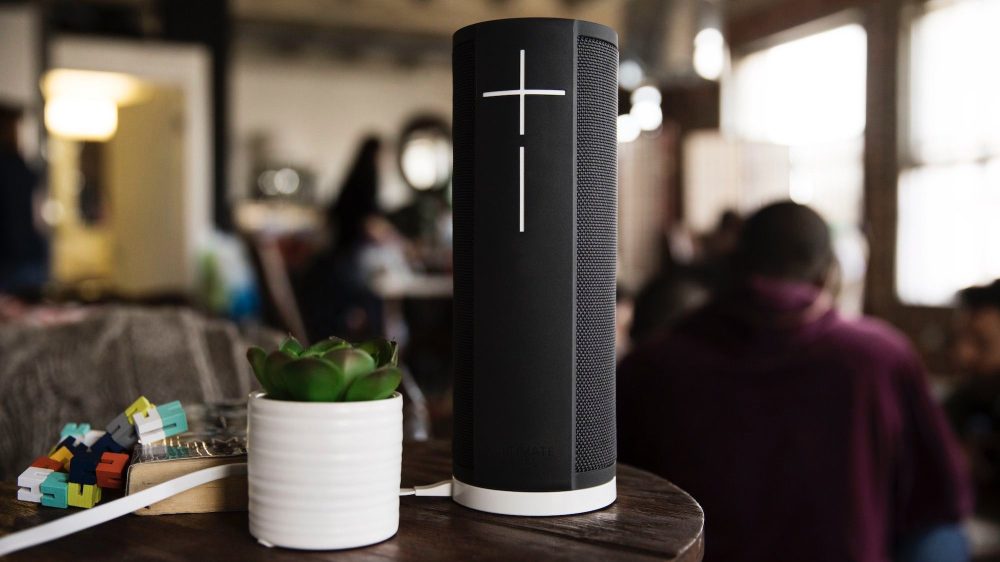 Ultimate Ears recently unveiled its competitor to the HomePod with its new Blast and MegaBlast speakers. These are the first Ultimate Ears speakers to offer integrated Amazon Alexa voice control.

Ultimate Ears touts that both the Blast and the MegaBlast offer “bold, immersive 360 degree sound,” while remaining compact and portable. Both are capable of running off a home Wi-Fi network, which means Alexa can be accessed easily whether your smartphone is around or not.

While you can’t use Alexa to control Apple Music on the Blast or MegaBlast, you can use standard Bluetooth and still take advantage of Alexa’s other features, integrated directly into the speakers.

Both the Blast and MegaBlast are available now. The Blast is the smaller of the two, coming in at $229.99 . The larger MegaBlast is available for $299.99.

One of Apple’s biggest competitors in the smart speaker market is Google. Many view Google Assistant to be more powerful than Siri, and that makes Google’s Home, Home Mini, and Max shine.

Unfortunately, Google Home doesn’t support Apple Music streaming with Assistant – but you can use Google Home as a traditional Bluetooth speaker. However, if you subscribe to YouTube Music, Pandora, Spotify, Google Play Music, TuneIn, or iHeartRadio, then Google Home is one of the best smart speakers available with Assitant voice-controlled streaming. 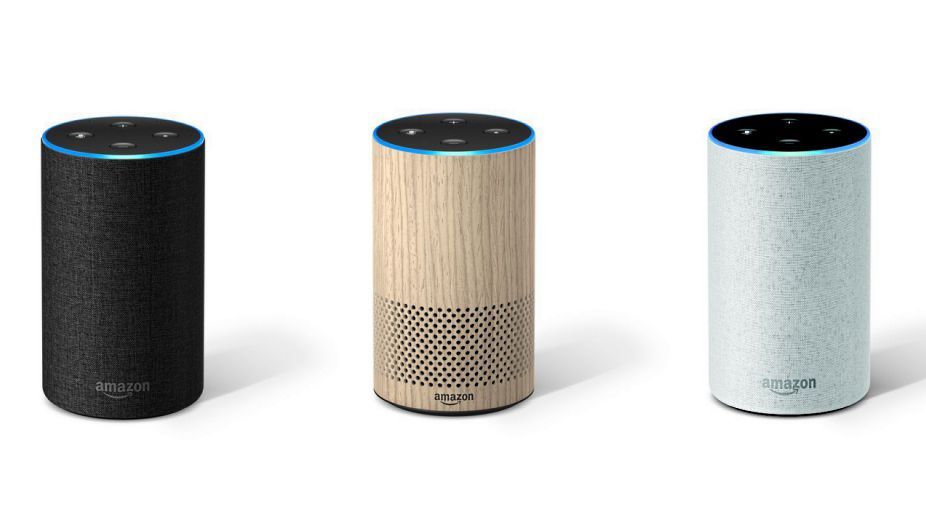 Unlike Google Home, Amazon’s Echo line of products offers solid integration with Apple products. There’s also an Echo product for pretty much every spectrum of the market in terms of price.

Amazon’s second-generation Echo offers several improvements over the first generation. In addition to a sleeker design, you get sound improvements thanks to Dolby technology, as well as improvements to smart home control.

Amazon also offers the Echo Plus for more advanced smart phone control. In addition to the standard Echo experience, you get an integrated ZigBee smart home hub, which makes the setup of ZigBee lights, locks, plugs, and switches to be seamless setup.

Coming on December 19th is the Echo Spot, which is an Alexa-powered smart home assistant in a small, circular form factor.

At the top of the Echo line is the Echo Show, which features a 7-inch display for video chatting, Amazon Video, and much more. You also get dual 2.0-inch speakers.

Perhaps the most intriguing part of the Echo lineup is the Echo Dot at just $50. This little device is capable of turning any speaker with a 3.5mm headphone jack into a smart speaker with Alexa controls, though it can also act completely independent of another speaker as everything is contained in the Dot itself.

The Amazon Echo is available for $99, with prices varying depending on what design and finish you choose. The Echo Plus can be had for $149, while the Echo Spot comes in at $129. The most expensive option is the Echo Show at $229. There’s also Amazon’s rechargeable Bluetooth speaker with Alexa built-in: The Amazon Tap at $129.99. 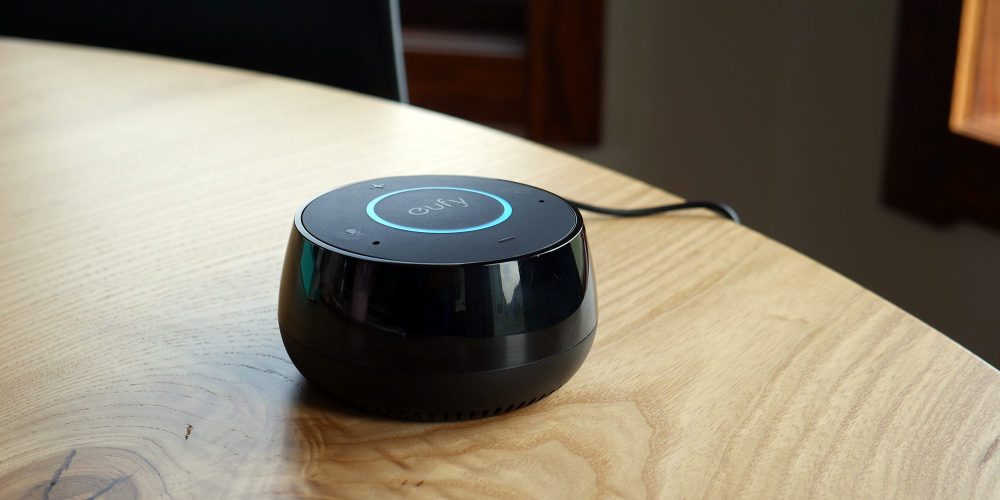 Amazon, Sonos, Google, and UE are the big players in the smart speaker market, but a few other options exist, some with Google Assistant built-in and some with Amazon’ Alexa: 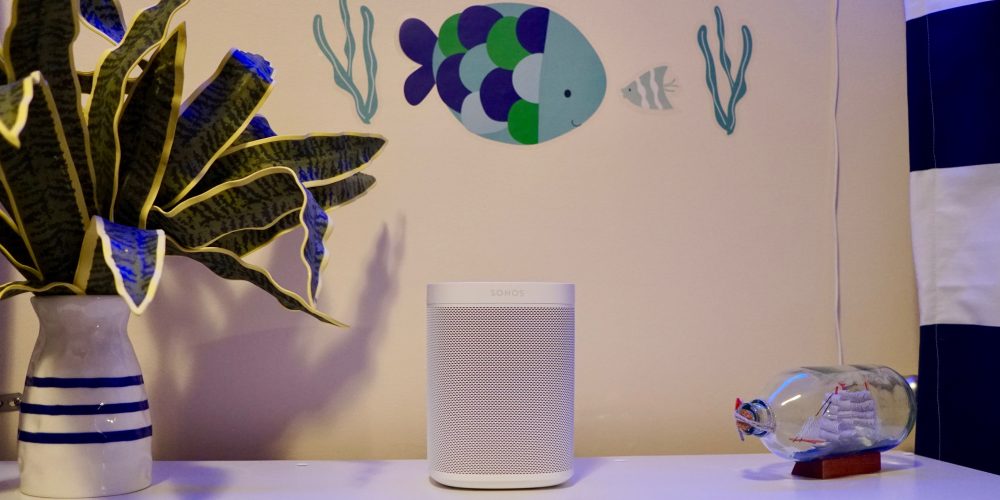 The fact of the matter is, no speaker can really compare to HomePod in terms of integration into the Apple ecosystem. If you jut can’t wait for HomePod’s release early next year, my recommendation is the Sonos One.

With the promise of AirPlay 2 and Siri control coming down the line, and fully integrated Apple Music support, it provides the best experience for Apple users. Depending on how the HomePod’s sound quality compares, the Sonos One could even be a better option seeing it’s cheaper than the HomePod at just $199.

Amazon’s offerings are also solid – but you have to remember that Amazon is pushing its own agenda and is less likely to work on integrating things like Apple Music and Siri.

Are you holding out for HomePod still or are you looking into other options? Let us know down in the comments.