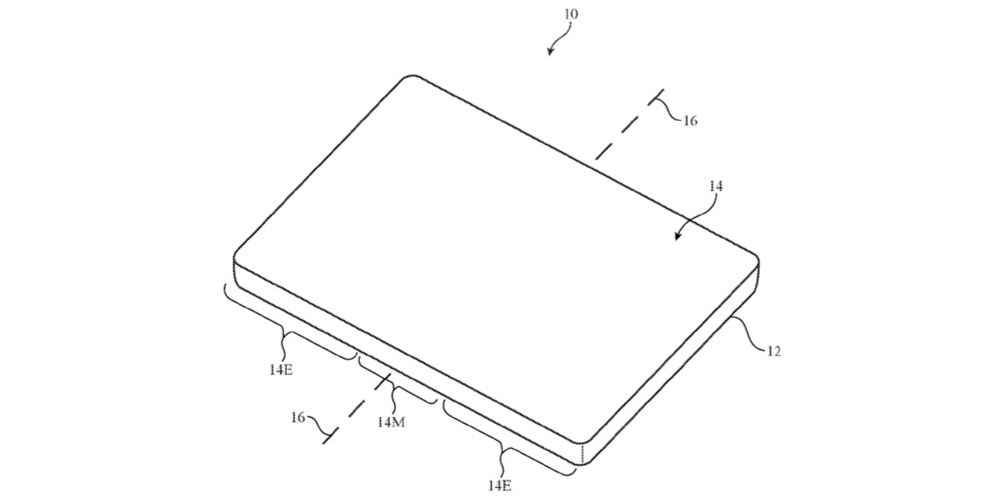 The US Patent & Trademark Office has today published an Apple patent application for a foldable display. This follows earlier rumors that the company was working with LG on a future foldable iPhone.

The first report of Apple working on a foldable display dates back almost a year, when it was said to be one of several companies partnering with LG. A new report just last month suggested that Apple planned to invest in an LG plant for production of a foldable display.

Both reports mentioned an OLED panel, technology currently used in the iPhone X. The patent application covers all the bases, referencing LCD, OLED and microLED.

Although the screen used in the iPhone X appears flat, it is actually a flexible display with the ends tucked back beneath the glass covering. This is required to achieve the near-bezel-free look. The patent application goes further, though, describing a display designed to be folded and unfolded in use.

The previous report suggested that a foldable iPhone might come to market around 2021, by which time it seems likely Apple will have transitioned to microLED screens. These offer all the benefits of OLED and then some, further boosting brightness, saturation and power efficiency. Earlier this week, Apple was reported to be working with TSMC on some of the tech needed to use microLED panels.

The usual disclaimer applies: Apple patents way more things than ever make it into production.