Sports section arrives on Apple’s TV app ahead of iOS 11.2 and tvOS 11.2 release

Sports fans may be excited to hear that Apple’s TV app has finally gained the live sports integration announced months ago. The dedicated sports section now appears to be live on the TV app on latest betas of iOS and tvOS.

Earlier this month a verified source let 9to5Mac know that the Sports section would be rolling out on, or around, December 4th. A few days early, the new category is a welcome addition to Apple’s push for an all-in-one integrated streaming system. The feature will bring live scores, game alerts, and the ability to watch multiple games simultaneously.

The new Sports section is visible as a tab option in Apple’s TV app. Once loaded, and favorite teams configured, alerts will arrive before upcoming games. According to Apple’s September demo, live scores and remaining times will be displayed while watching the games. 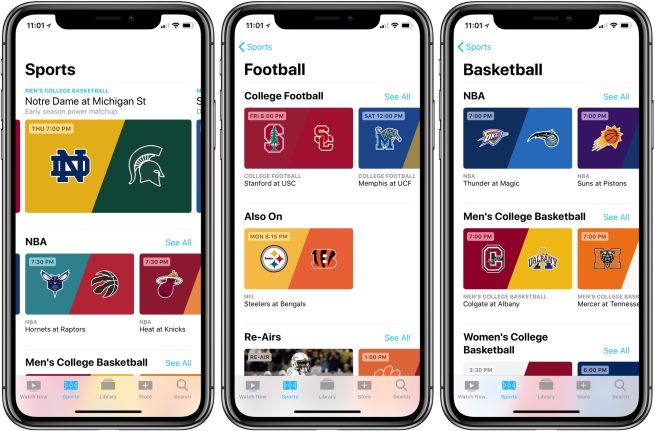 The Sports section also offers the ability to track favorite teams across MLB, NFL, NBA, NHL, and more. In Apple’s September demo they showed off live news integration, but that doesn’t yet appear to be live within the TV app update. 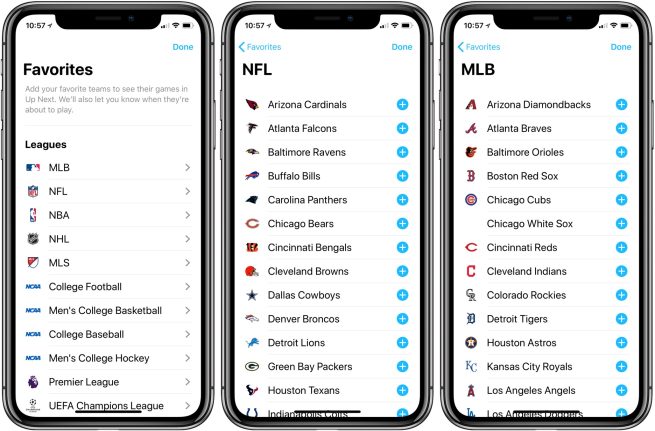 If the newly added Sports section isn’t appearing for you, force quitting the TV app and relaunching may make it show.

The Sports tab is appearing for those on the latest betas of iOS and tvOS. iOS and tvOS 11.2 is expected to release sometime early next month. iOS 11.2 adds Apple Pay Cash, tweaks Control Center, introduces AirPlay 2, and brings some new iPhone X wallpapers. tvOS 11.2 adds HDR and improved frame rate functionality to the Apple TV 4K. Apple’s TV app will be rolling out to additional countries by the year’s end.