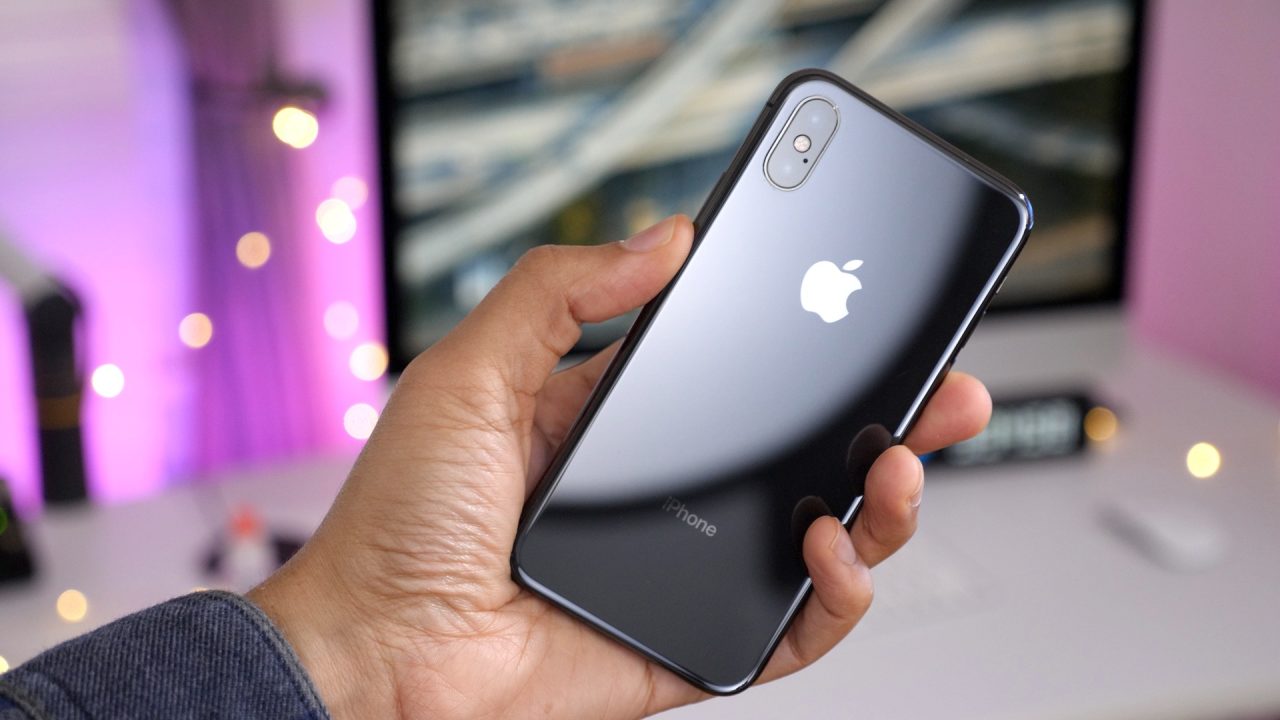 The iPhone X was a big risk for Apple, because of the removal of the Home button and its heavy reliance on gestures, but it’s clear to me that Apple succeeded in making it work. After using the iPhone X day-to-day for almost four weeks, I’ve become well-accustomed to it as my daily driver.

At its core, the iPhone X is basically an enhanced iPhone 8, but its reliance on gestures, significantly reduced bezels, TrueDepth Camera, and OLED display make it look, feel, and at times, perform like an entirely new device. There are other things to consider as well: the glass and metal design, and upgraded telephoto camera hardware, to name a few.

For as much flack as Apple has received for the iPhone X’s so-called notch, and some of the nagging issues that continue to persist throughout iOS, the release is nonetheless a remarkable achievement.

More importantly, the iPhone X feels great in the hand. Its polished metal band and glass back make it less slippery than previous iPhones, and it’s narrow enough to easily hold in the hand.

I’ve heard some people say that the iPhone X’s reduced bezels aren’t a big deal, but I disagree. For one, the reduced bezels allow for a smaller iPhone with a large screen. As I just explained, that makes for a device that’s easier to manage in the hand without sacrificing too much on screen real estate.

For apps that have been updated for the iPhone X, the smaller bezels make on-screen content more of the centerpiece of the experience. It also looks stunning; I’m still taken aback by the screen even after having used the iPhone X for nearly a month. 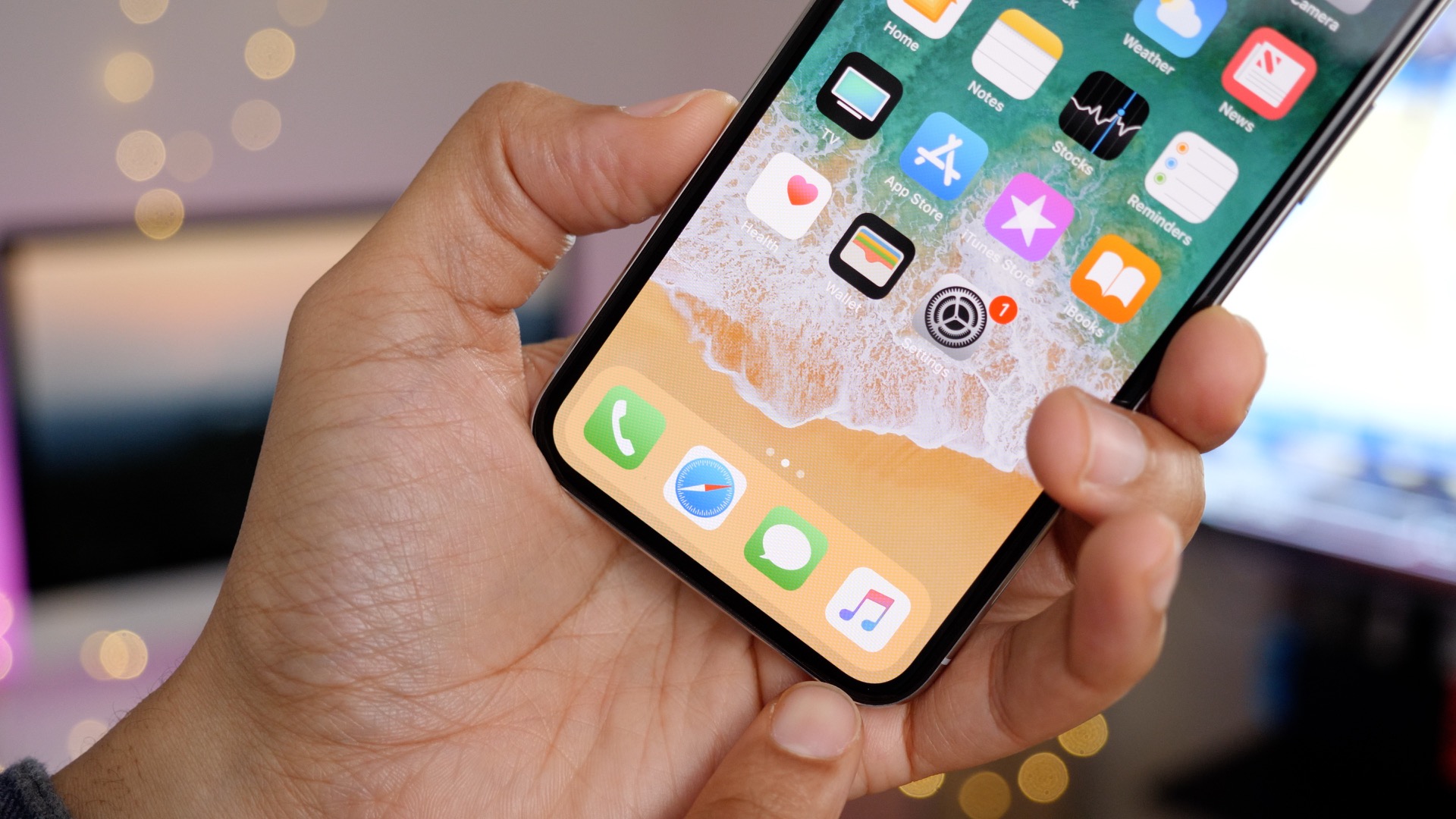 The so-called notch is there, and let’s be honest, it does tend stand out like a sore thumb when looking at the iPhone in press materials and such. Yet, when you actually use the device on a day-to-day basis, as Ben noted in his iPhone X Diary piece, the notch fades into the background. Nearly four weeks in, and it’s something that I rarely think about.

The sensor housing, as the notch is officially called, is a necessary evil until technology reaches the point where cameras and other sensors can be practically embedded behind the display. 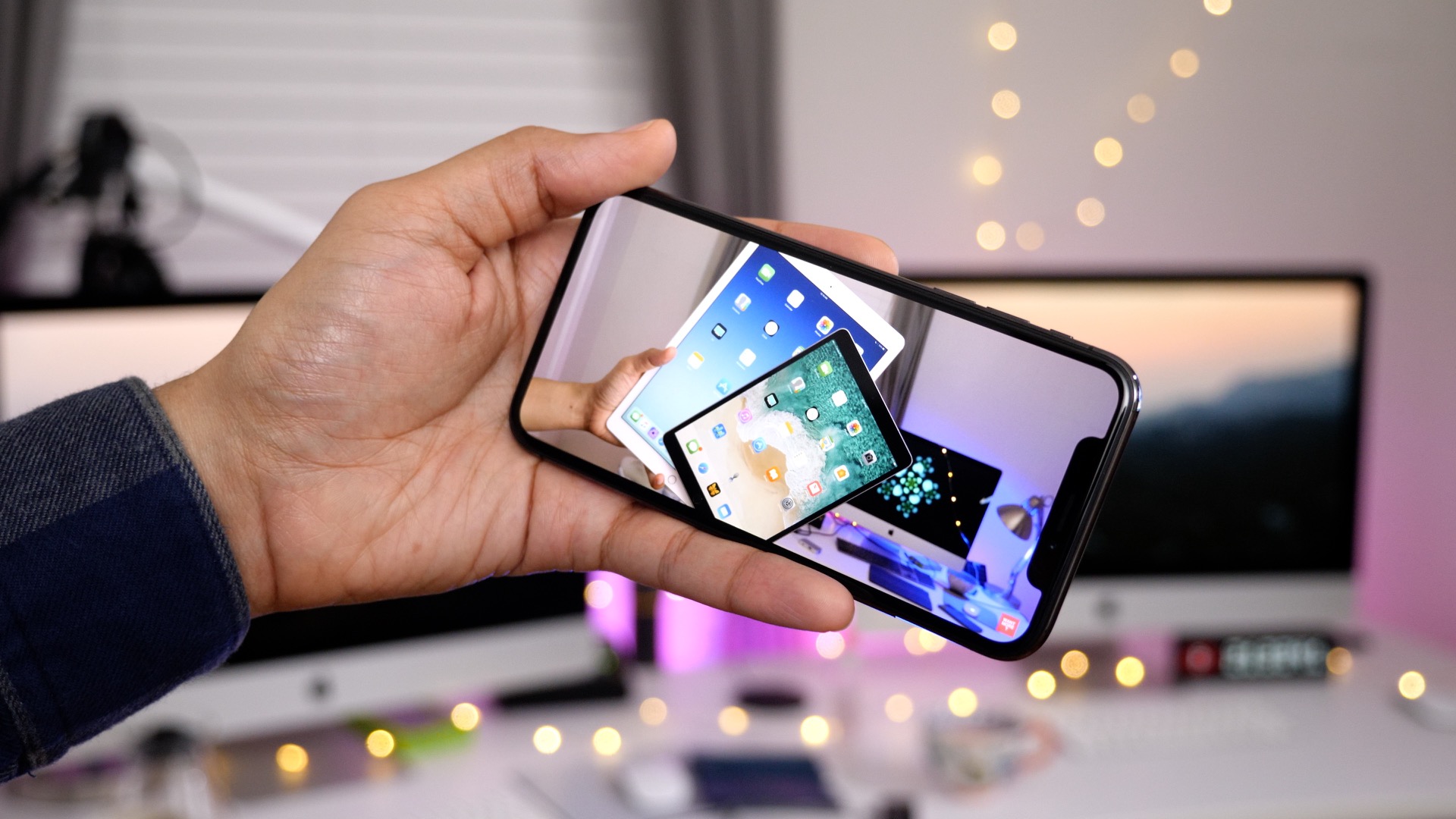 Apple is looking to make the best out of the notch situation by embracing it, and using the unique design to set its flagship device apart from the competition. In a world filled with black slabs of metal and glass, having a design that’s set apart from others isn’t necessarily a bad thing.

Omitting the Home button, a hardware feature that’s been a staple of the iPhone since its inception, was a huge risk for Apple — easily the biggest such risk for the iPhone X. The beauty of the iPhone has long been its relative ease of use – highlighted by the ability to quickly navigate back to the Home screen via a simple press of the Home button. The Home button was like a “get out of jail free card” for users who weren’t as familiar with iOS, and like a familiar old friend to longtime iPhone users.

I broke down many of the new gestures in our hands-on video below. If you’re looking to catch up on all of the available gestures to navigate your iPhone X like an expert, then be sure to have a look:

If the design was potentially the most polarizing aspect, and the removal of the Home button was the biggest risk, then the TrueDepth Camera is the iPhone X’s biggest technical feat. I’m not going to rehash how it all works, but I can say that it works remarkably well.

The most notable feature that takes advantage of the TrueDepth Camera is Face ID, a technology that replaces the beloved Touch ID biometric authentication that’s been around since the iPhone 5s.

Like most, I was highly skeptical of Face ID at first, because Touch ID generally worked so well. Now that I’ve used Face ID, I can honestly say that I don’t miss Touch ID much, if at all. Face ID is so much better for unlocking your iPhone in certain circumstances, like when your hands are wet, sweaty, or soiled. 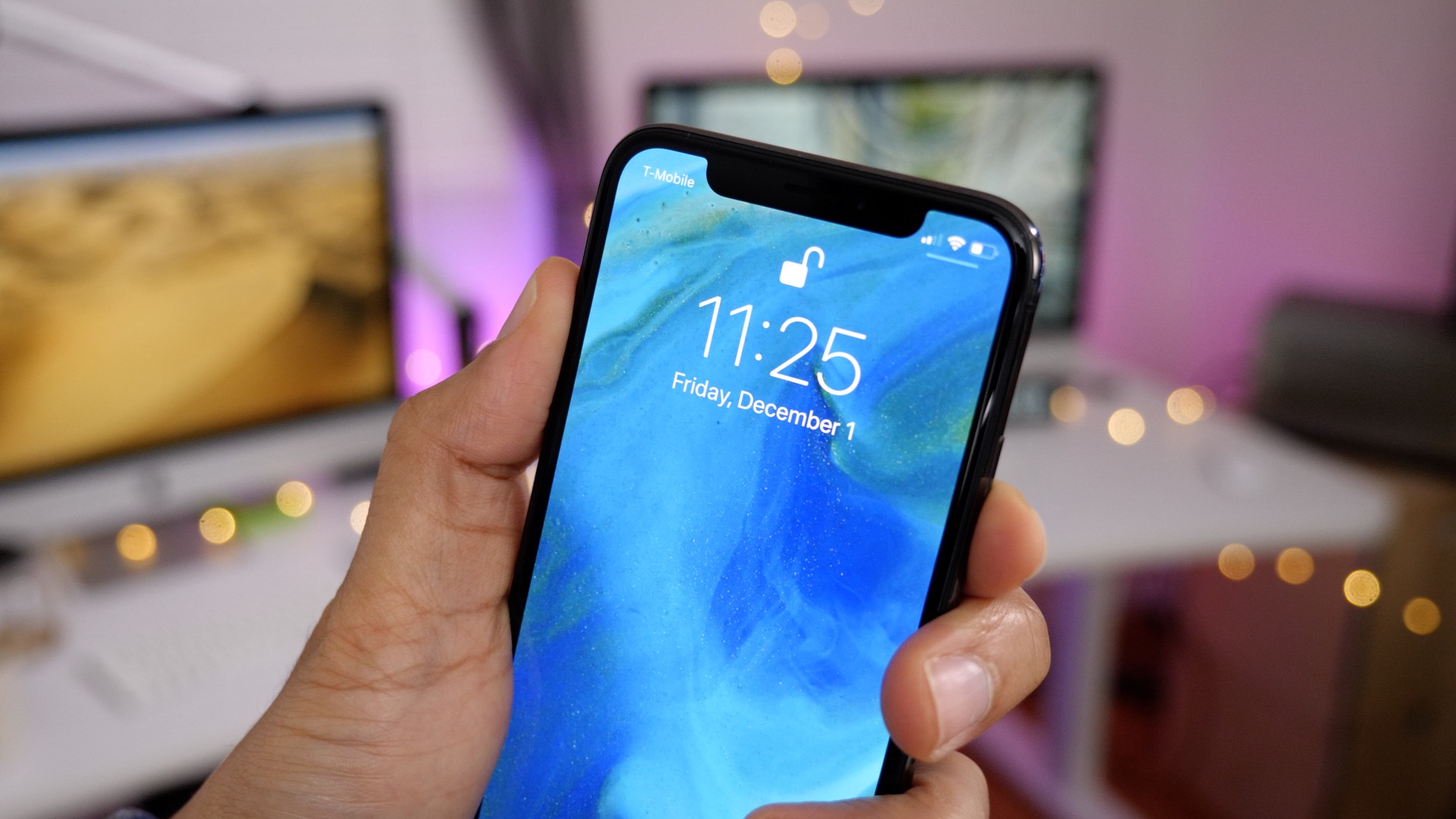 It’s been said before, but it’s worth reiterating: having Face ID is almost like not having a passcode at all, and it works for me 98% of the time. Your iPhone just unlocks when you look at it, and any app that uses Touch ID works with Face ID. It’s a truly remarkable piece of tech, and I can’t wait to see it implemented in more Apple devices.

Other front-facing camera features, like Animoji, have proved to be a small phenomenon, but the jury is still out as to whether Animoji has legs, or if it’s just a flash in the pan. Other features, like Portrait Lighting — a feature that allows you to add dynamic lightning to a selfie in realtime — are still in beta. It’s hit and miss, and from my hands-on experience it’s more of the latter, but it’s hard to pass real judgement on a feature that’s still in beta.

The iPhone X marks the first time that Apple has used an OLED display on its flagship product. OLED has some distinct advantages, such as less power consumption, significantly increased contrast ratio, and true blacks. 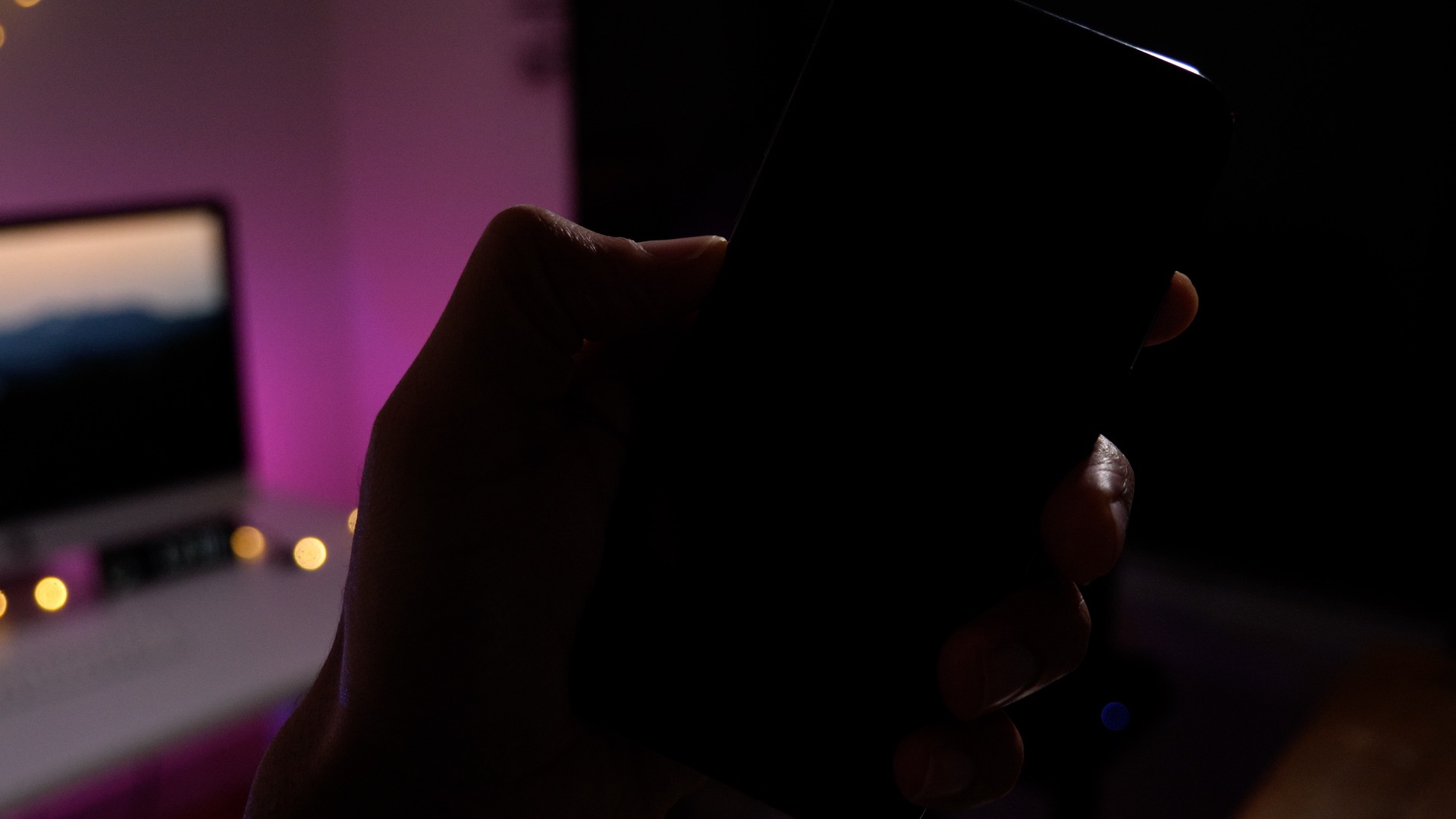 The screen is on, but totally black

OLED displays have downsides as well, such as off-axis blue shift, increased chance of burn-in, and over-saturated colors, but each downside seems to have been addressed better on the iPhone X than I’ve seen from competing smartphones. For example, the colors on the iPhone X are way more natural looking than the unrealistic colors that you’d find on a typical Samsung flagship device. Blue shift rears it’s ugly head here as well, but it isn’t as bad as what I’ve seen firsthand from competing devices. 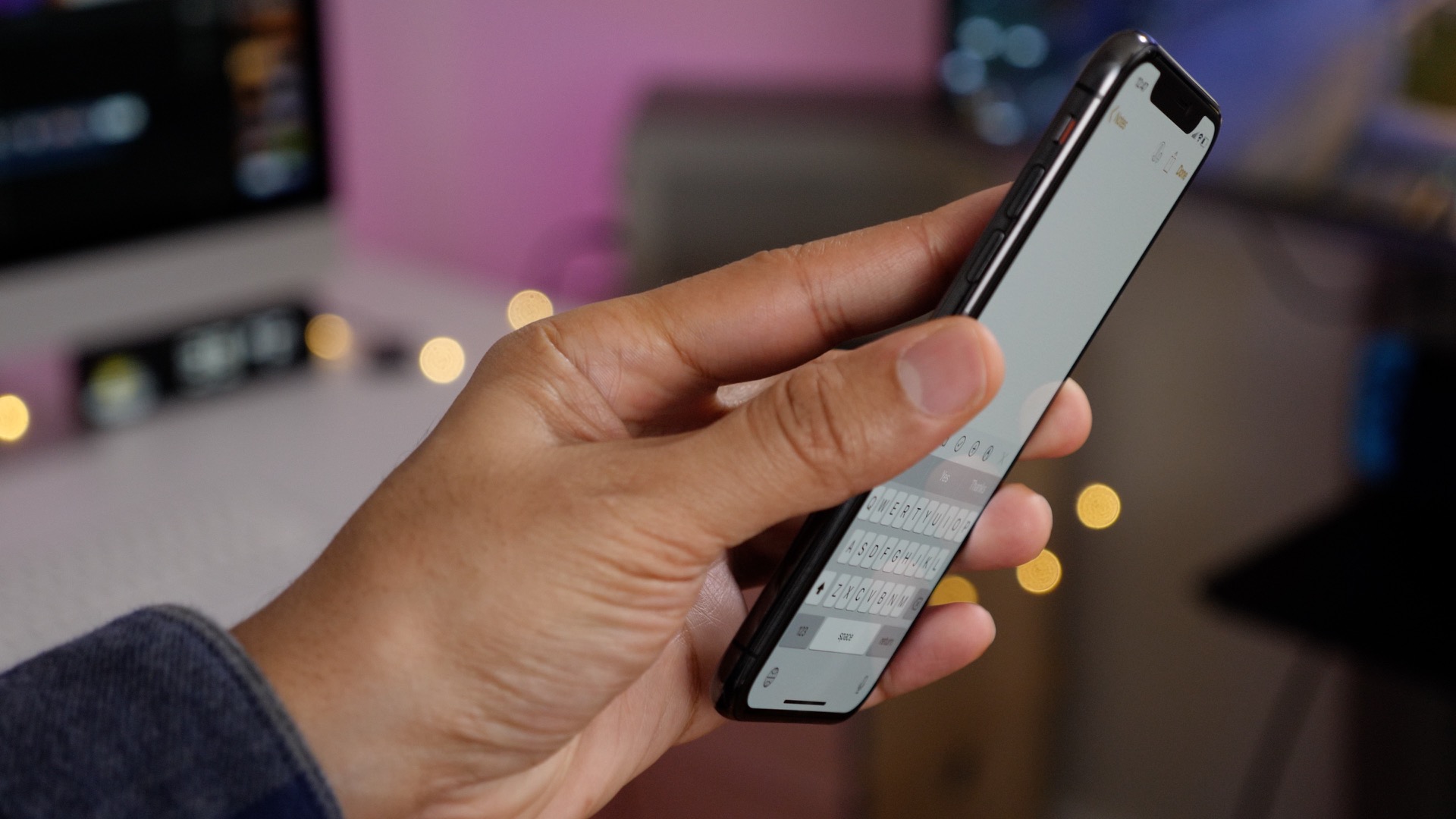 I’ve been waiting on the iPhone to adopt OLED for display technology for several years now, and I’m very happy to finally have it. The upsides to OLED far outweighs any potential negatives in my opinion, and I would not be willing to go back to a device sporting an LCD display, like the iPhone 8. 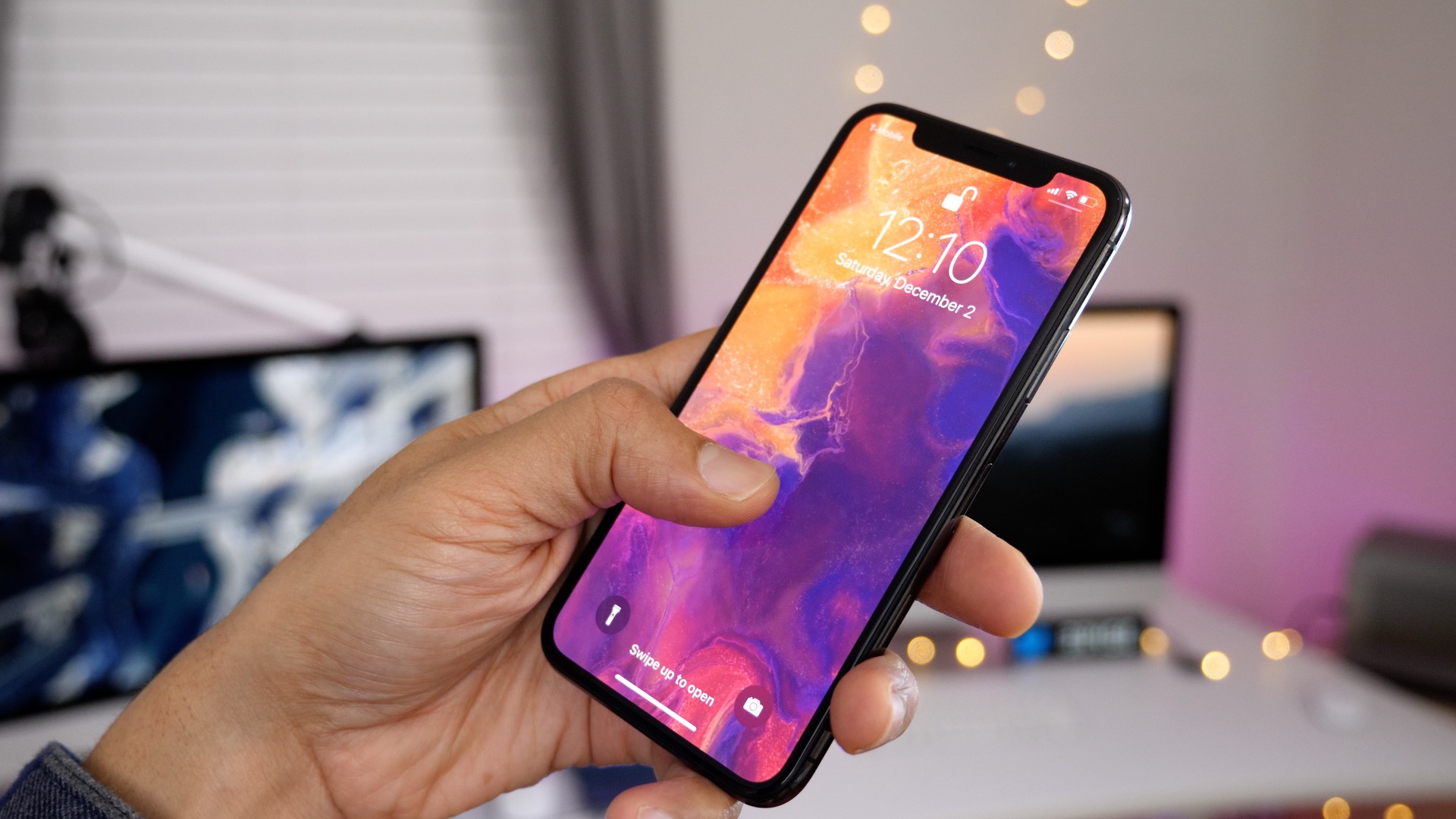 Most of the technical aspects between the iPhone 8 Plus and the iPhone X are the same. They sport the same processor, same amount of RAM, same GPU, and same wide angle camera. Internally, both devices share many of the same specs. 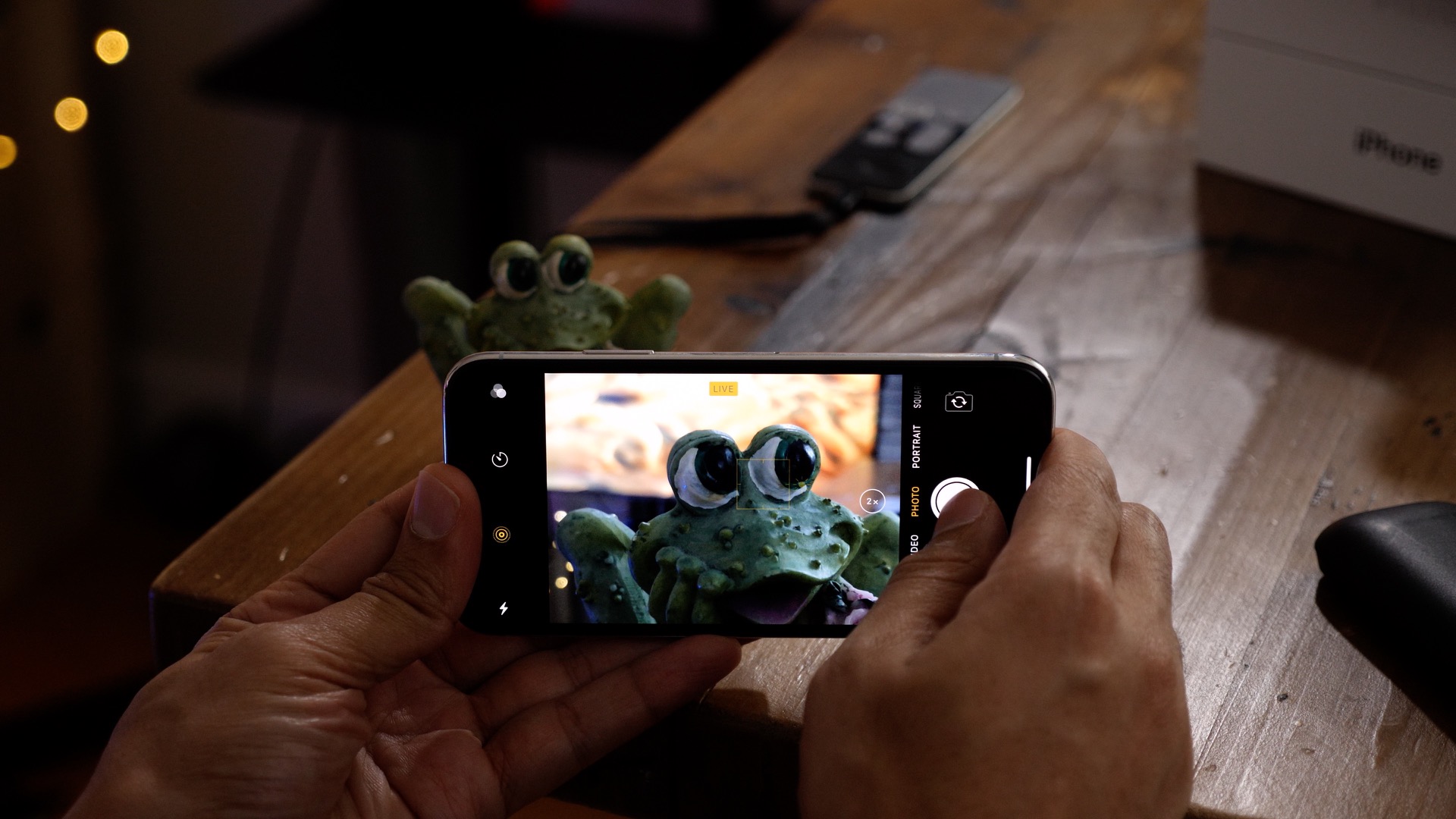 I don’t want to give the impression that I think the iPhone X is perfect, because no device is. Some changes have proved to reduce usability, such as the awkward locations of Control Center and Notification Center, the fact that you can’t view your battery percentage as easily, along with how the status bar hides Do Not Disturb status. 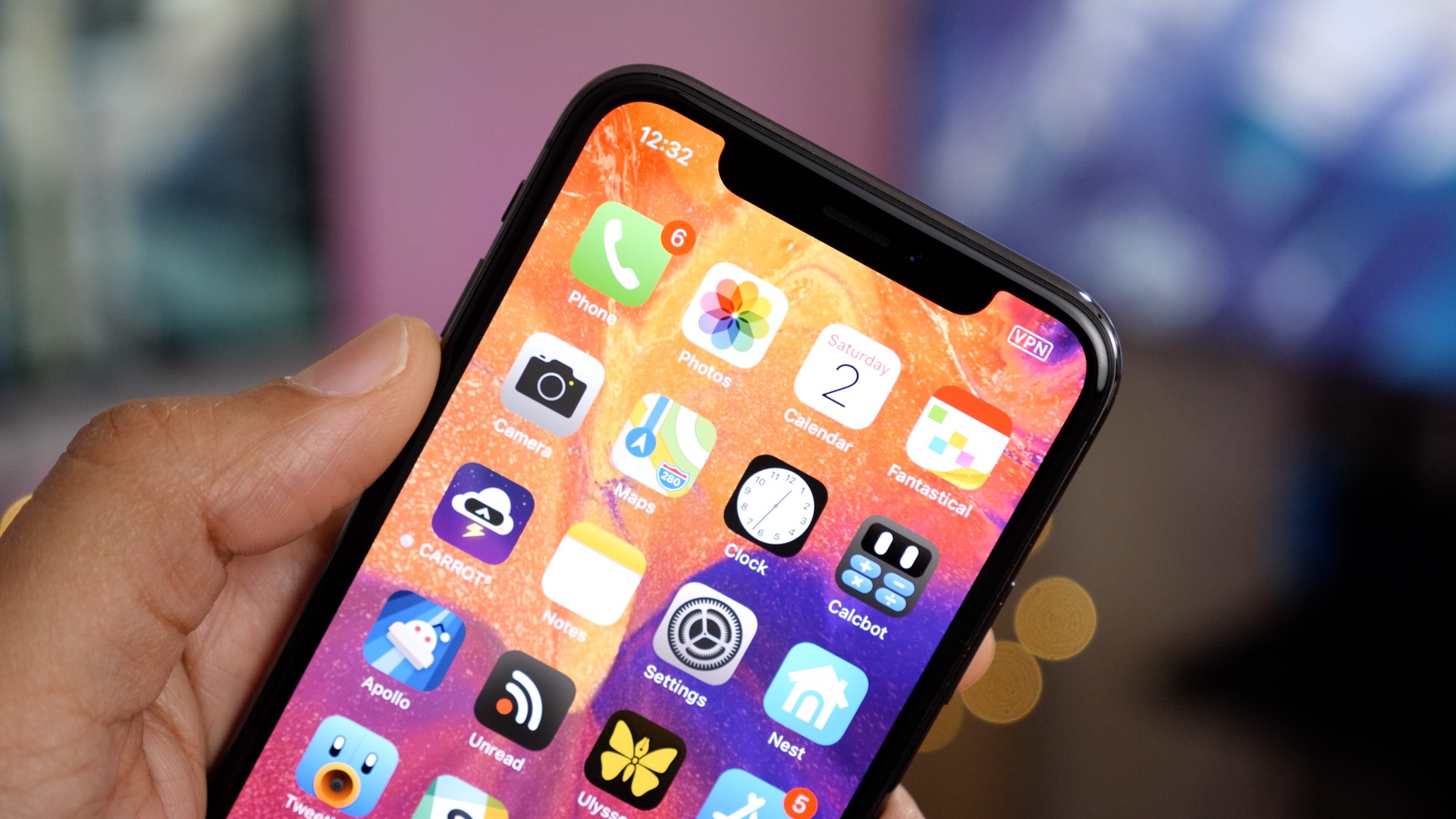 Other features, like Portrait Lighting, are pretty hit and miss. To be fair, though, it’s still in beta and will no doubt improve over time just like the regular Portrait mode did for the iPhone 7 Plus.

One additional point of complaint is with iOS 11 in general. This is less of an issue with the iPhone X hardware, and more of an issue with iOS performance across any modern iOS device. Framerate dips occur regularly when doing mundane things like opening the Mail app, for instance. For a device this powerful, iOS should run like an absolute champ. It’s not the hardware that’s the issue, it’s an issue with iOS performance as a whole, and I’m hoping that Apple will clean it up in the next major version.

All things considered, the iPhone X is as good of a device as one could hope to have considering that it makes a hard pivot away from many of the the staples that have long been characteristics of the iPhone. A lot of the internal tech is shared between the iPhone X and the iPhone 8, but make no mistake, this is a massively different device. 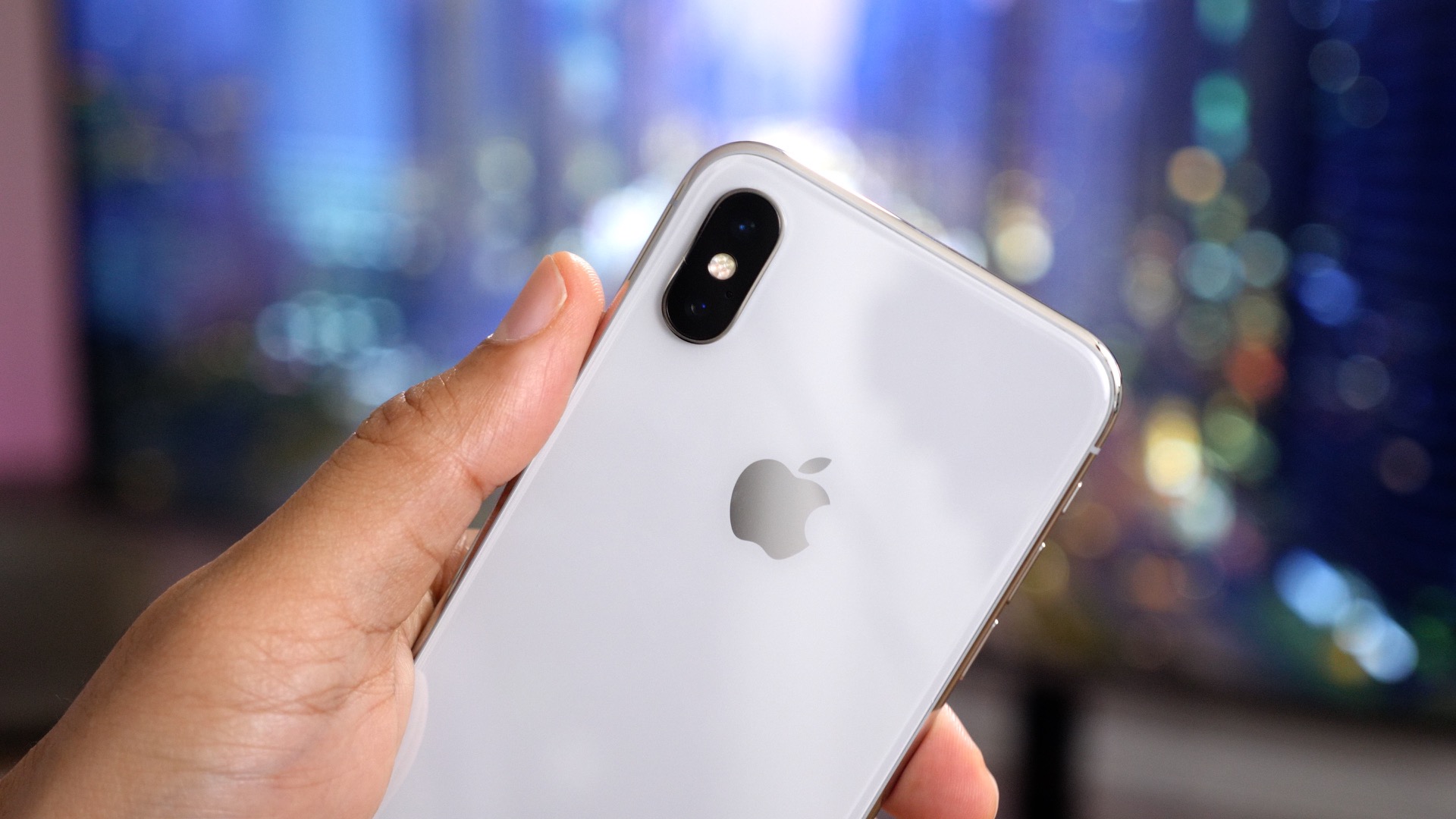 The fact that Apple was able to pull off the iPhone X, not just in a satisfactory way, but in an outstanding way, is extremely impressive to me. What do you think? Sound off in the comments below with your opinions.