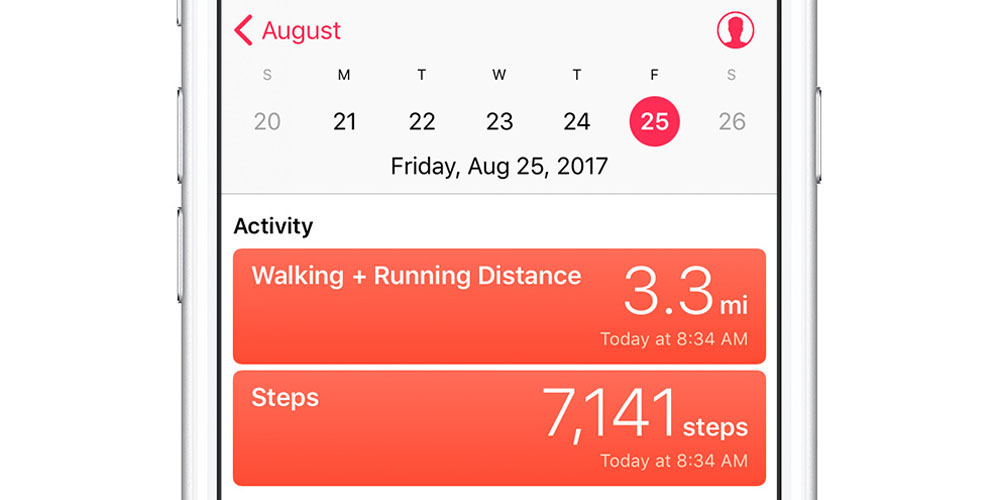 If you use the Activity or Health app on your iPhone to keep track of the number of steps you walk each day, you’re probably doing better than you think. A study by the University of British Columbia found that the iPhone underestimates the number of steps people take by up to 21.5% …

The study tested iPhones against the gold standard for measuring steps: a waist-mounted pedometer. The team also performed laboratory tests where the number of steps walked on a treadmill were counted manually, to provide an absolute measure.

What they found was interesting. For faster walking speeds, in a lab environment, the iPhone was off by less than 5% – an accuracy considered acceptable even in a dedicated pedometer.

For slower walking paces, however, the iPhone underestimated the number of steps by as much as 9.4%. And in real-life use, the iPhone missed 21.5% of steps – an average of 1,340 per day. The UBC says this is explained both by slow walking and by the fact that people don’t take their phones with them everywhere when they are at home or work. Trips to the bathroom and water cooler are two examples where study participants left their phones behind.

The good news, though, is that the study found that inaccuracies consistently resulted from under-reads, not over-reads.

“For people who are already tracking their steps, they can rest assured that if their phone says they’re getting the recommended 10,000 steps in a day, they are probably getting at least that many, and they are working toward better health,” said lead author Mark Duncan. “From a public health point of view, it’s better that it underestimates than overestimates.”

The study was published in the Journal of Sports Sciences.