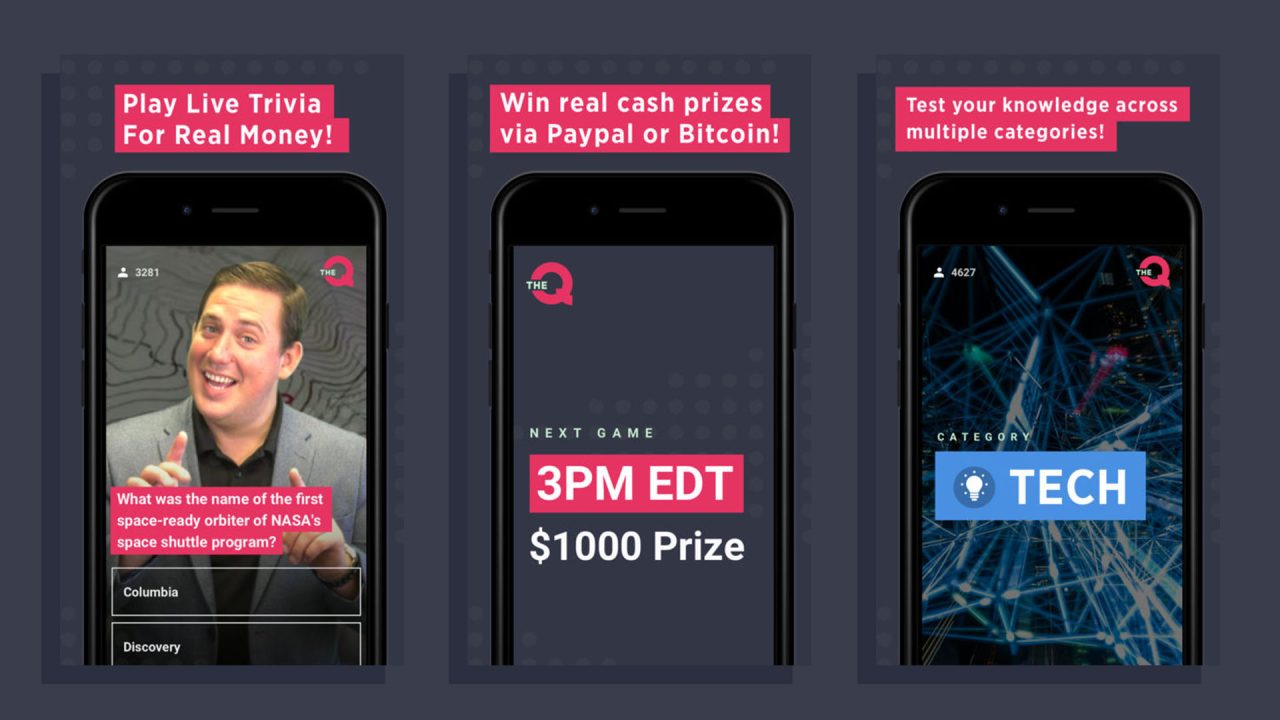 Live game show app HQ Trivia has taken the world by storm in recent weeks, climbing App Store charts and attracting over 400,000 viewers during peak streams. Not wanting to miss out on the trend, competing apps are beginning to spring up. One of the more notable offerings comes from an early developer of the former viral app Yik Yak, and is about to leave beta on the App Store.

Will Jamieson, CEO of Stream Live and lead of The Q Trivia, is no stranger to the App Store. Alongside co-founders Tyler Droll and Brooks Buffington, Jamieson helped launch the anonymous chat app Yik Yak in 2013. The social network app quickly gained popularity on college campuses before sparking concerns about cyberbullying on the platform. Yik Yak was eventually shut down, and the company’s engineering team was reportedly acquihired by Square earlier this year.

Now Jamieson is back, and ready to compete against HQ Trivia with his own take on the genre. After initially pursuing HQ as a client of his own, Jamieson decided to build an app himself after his LinkedIn message went without a reply. He plans to surpass the competition by launching both iOS and Android versions first, as well as expanding to offer a wide variety of game shows hosted throughout the day.

Competing with HQ Trivia will be no easy task. Today, The Q is essentially a clone of HQ, even in name. It will need to differentiate itself if it wishes to be a compelling alternative. We tried out the beta version of the game, which, at the time, still didn’t offer support for the iPhone X’s larger display. The current release fixes this issue and more bugs, but the app is also plagued by technical difficulties resulting in cancelled shows and lagging streams as the service ramps up. 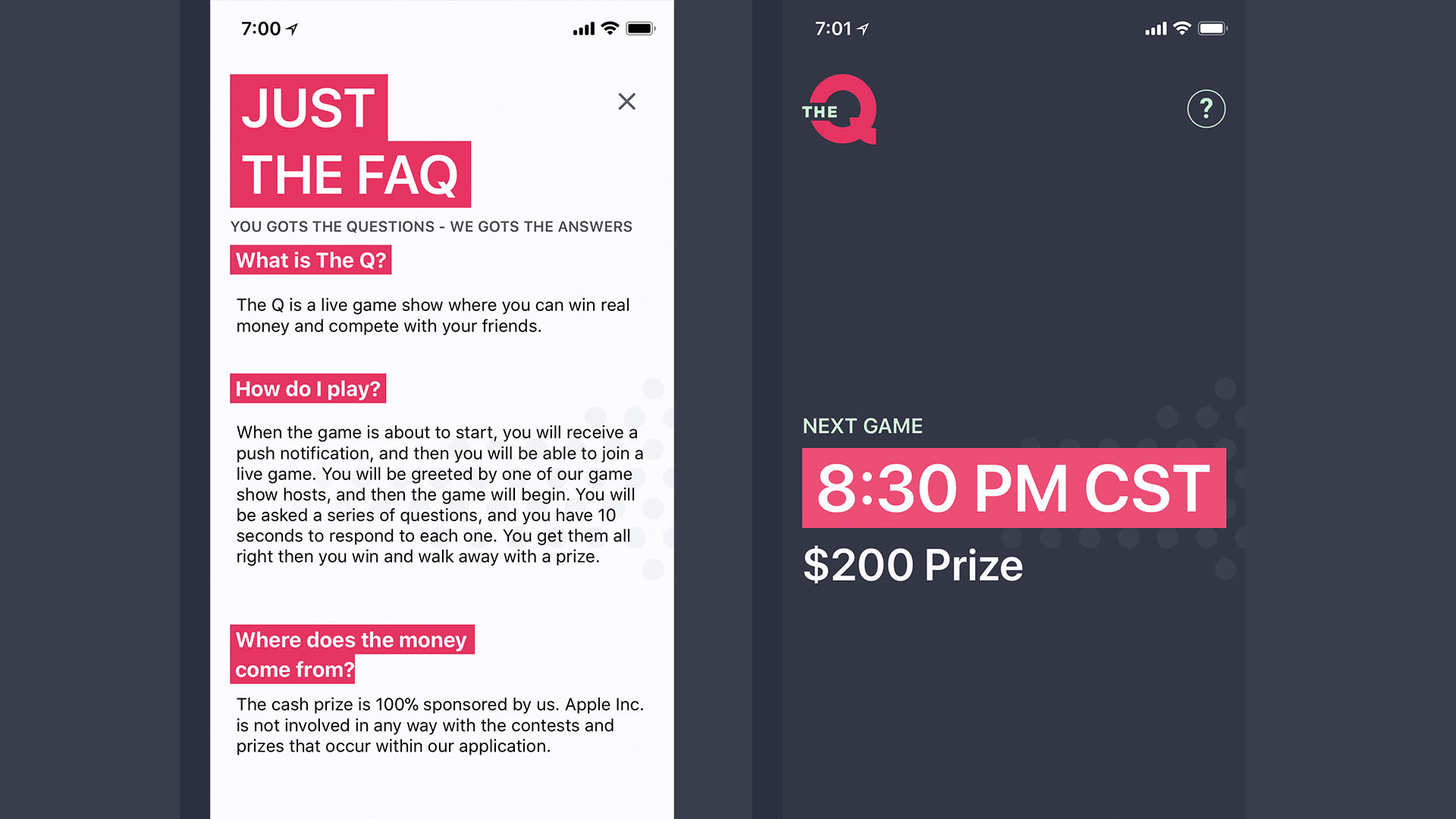 Streaming may be an area where The Q has an opportunity to excel, as HQ Trivia has also experienced significant issues with video quality as the player base explodes. Powering The Q Trivia is the technology behind Jamieson’s company, Stream, which describes itself as a “live-first online video platform.” Stream has worked alongside organizations like NASA to provide live video solutions. The Q Trivia has yet to take any outside investments, but Jamieson says he is in the process of putting together a financing round.

2018 is poised to be chock-full of new interactive live games for your iPhone as streaming, cell network, and perhaps most importantly, battery technology have advanced enough to make the concept viable. Whether or not The Q Trivia will be part of the conversation going forward remains to be seen, but you can try out the game now and decide for yourself. Maybe you’ll even win a few dollars.