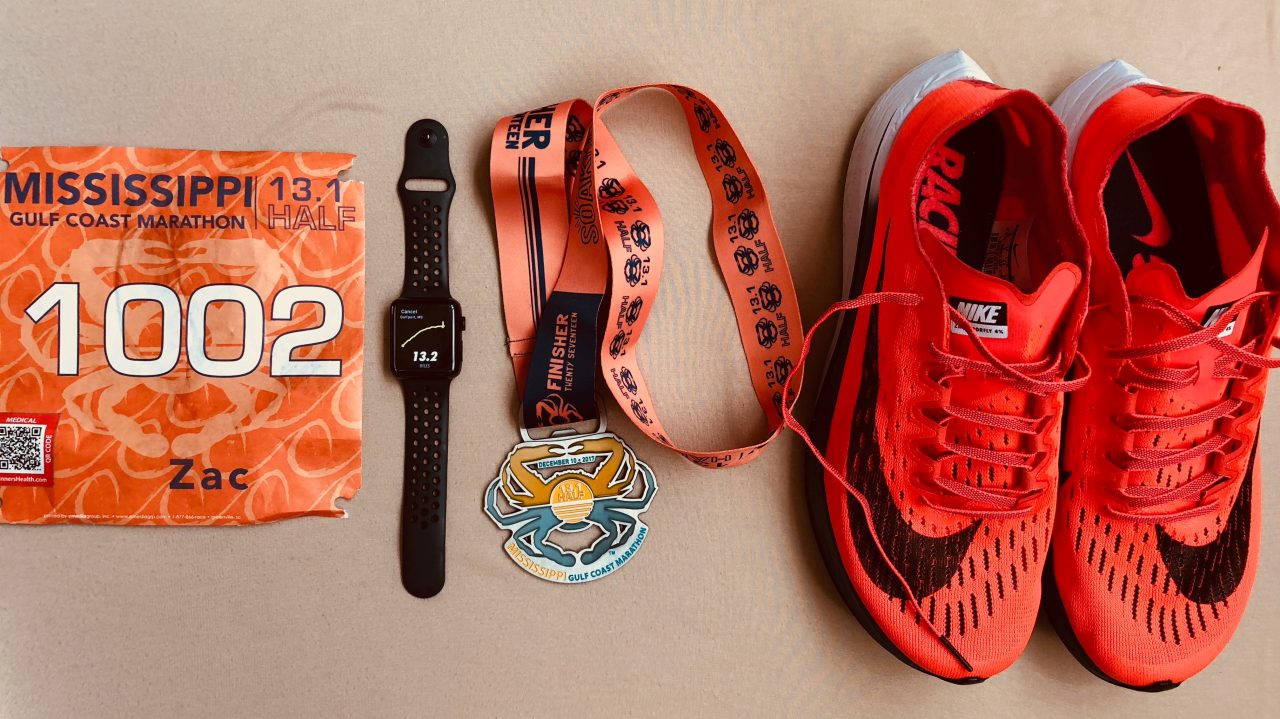 On Sunday I ran my very first half marathon race equipped with just my Apple Watch and AirPods. Apple Watch Series 3 includes a built-in GPS and optional cellular so you can map your run and wirelessly stream music without strapping an iPhone to your arm. And AirPods, which can play music from the watch, are totally wireless so there’s no cable to manage during the race. Here’s how my experience went:

I signed up for the race — the Mississippi Gulf Coast (Half) Marathon — back in March when I was running daily with Apple Watch and steadily improving my distance and speed. I ran my first 10K race the following month and outperformed my expectations after training with Apple Watch, but that was followed by a busy summer that included my son being born and I fell out of my workout routine.

I actually planned on skipping the race altogether after starting and stopping my workout routine a few times, then I just decided to go for it last week and declared on our 9to5Mac Happy Hour podcast that I was committing to it unless anyone could talk me out of it. No one even tried. Several listeners actually offered encouragement and convinced me I’d be fine despite not training. (They were right.) 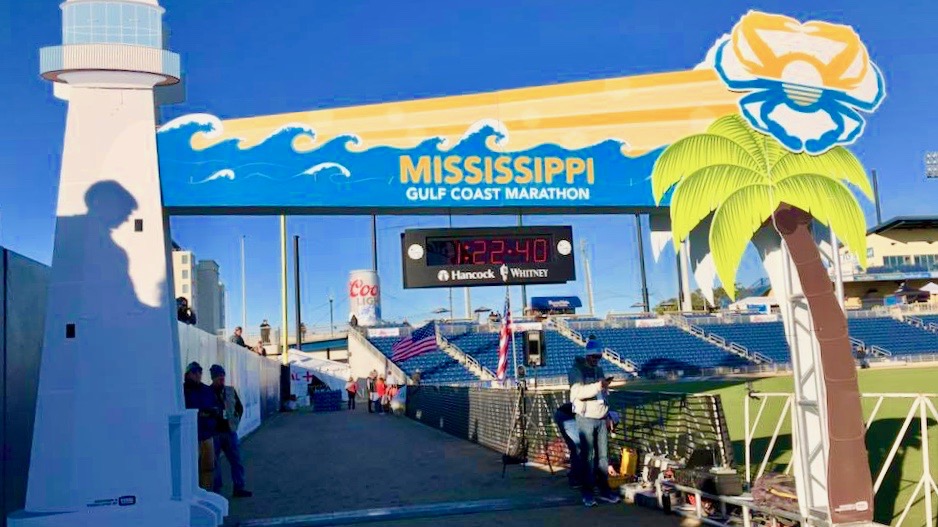 This wasn’t just my first half marathon race. It was actually the farthest distance and longest duration I’ve ever ran. I only started running about a year ago after getting in better shape with the original Apple Watch and trying outdoor workouts with Apple Watch Series 2.

The longest distance I ever ran before Sunday was the 6.2 mile 10K race so the 13.1 mile half marathon was more than twice that distance. I completed the 10K race at 51:10 after training, however, so I thought it was possible to complete the half marathon in two to three hours … maybe.

There were also two perks to participating in the half marathon. This marked my first race since Apple Watch gained cellular connectivity and music streaming since Apple Watch Series 3 was only introduced in September. I also unlocked access to buy Nike Vaporfly 4% running shoes in a Sunday 5K promotion in the Nike Run Club app a few weeks ago. I had the shoes rush delivered in time for the race for one more mental boost. 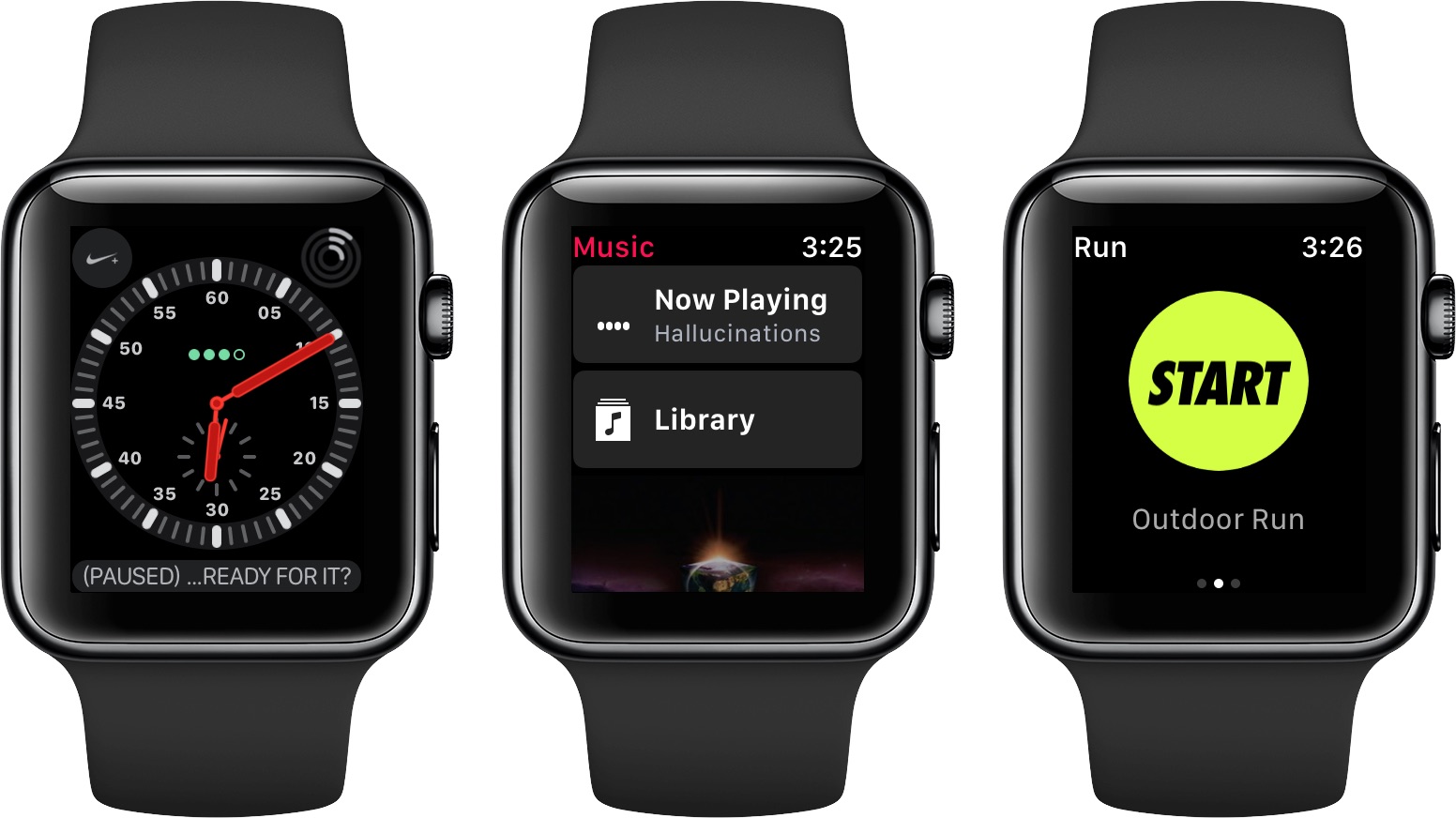 I woke up on race day at 4:30 am with my Apple Watch and AirPods both fully charged. During the shuttle ride from the parking lot to the half marathon starting line, I changed the complications on my Explorer watch face from Weather and Date to Nike Run Club and Music. I knew it was 32º freezing and race day and I wanted quick access from the watch face to start my music and launch the NRC app. This proved useful during the race too.

The race kicked off at 7 am. I set a distance goal of 13.1 miles in the Nike Run Club app using advanced mode to show all metrics with audio feedback on after each mile and the halfway point. I also disabled auto-pause to track the full duration of my run even if I stopped for water.

During the race I played a mix of downloaded and streaming songs from Apple Music, and at one point I even used Siri to request a specific song not in my library. Streaming music and Siri access without the iPhone is only possible with Apple Watch Series 3 thanks to cellular.

I started the race with the audio volume set to about 50%, then steadily increased it to 100%. AirPods are great because they pair wirelessly to the watch and don’t have a cable in between earbuds. You can also hear your environment fairly well and quickly take out an earbud which pauses your music if needed.

I heard the audio indicator letting me know my AirPods reached 10% battery at 8:48 am — just under two hours into the race. AirPods are rated for up to 5 hours of battery life on a single charge, but that’s with volume set to 50% for the full duration.

I lowered the volume to 75% to extend battery life a bit and checked percentage remaining from Control Center on my Apple Watch a few times. Ultimately I completed the half marathon without my AirPods actually dying, but I’d need to run faster or bring the charging case (or use BeatsX or PowerBeats3) if I wanted to run a longer distance. 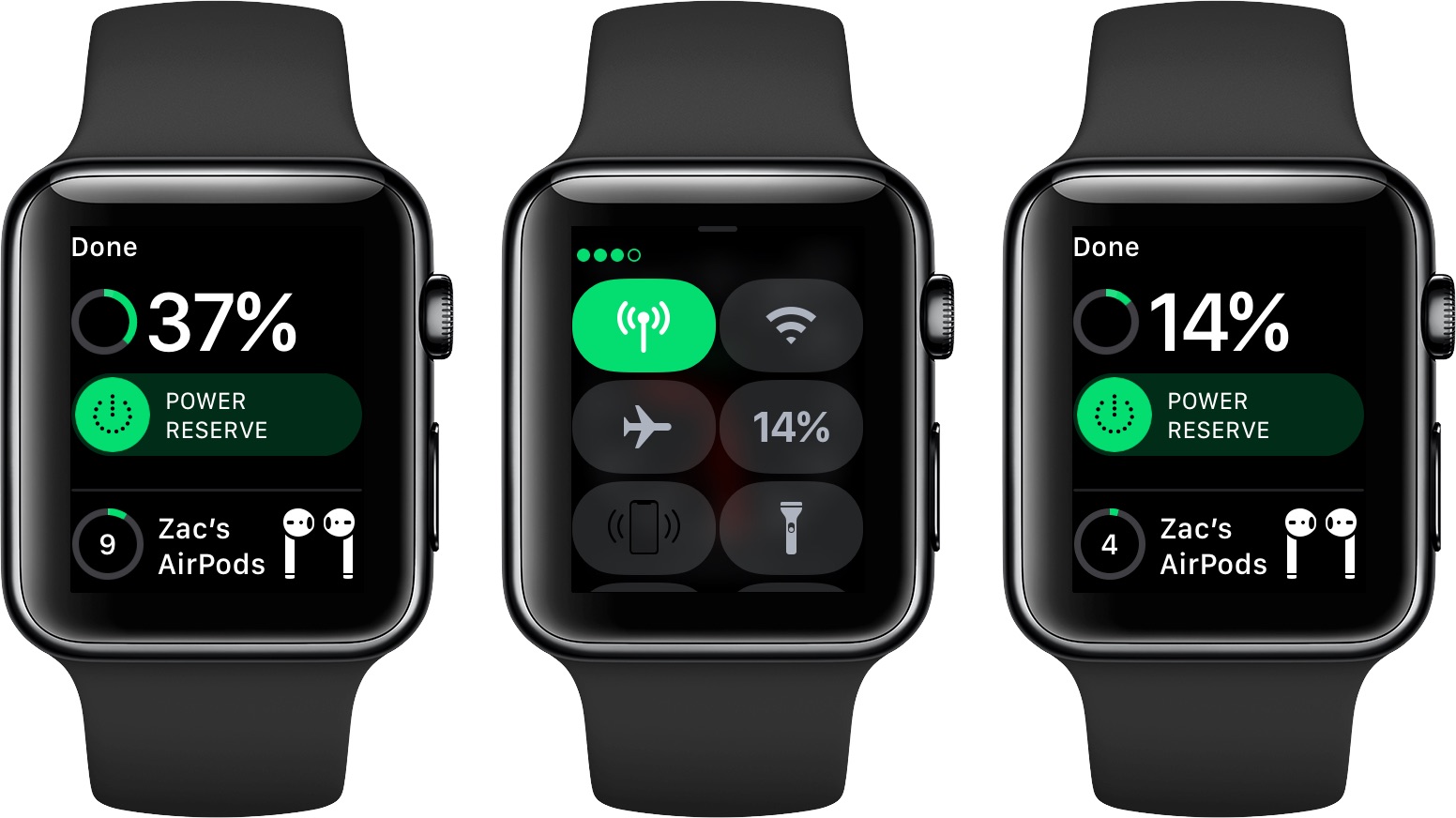 Apple Watch Series 3 battery life was no issue at all during the race. My watch had 37% remaining when AirPods had 10%. That’s with frequent cellular usage and during an active workout using the heart rate sensor. I could optionally disable cellular, only play downloaded music, and use a chest strap heart rate monitor to significantly extend battery life.

Cellular wasn’t just useful for streaming music and using Siri to request music. I also received messages of encouragement from family and a little smack talk from colleagues during the race. Friends and family could also track my progress with location sharing using Find My Friends, and I could call from Apple Watch if there was an emergency even though my iPhone was locked in my car. 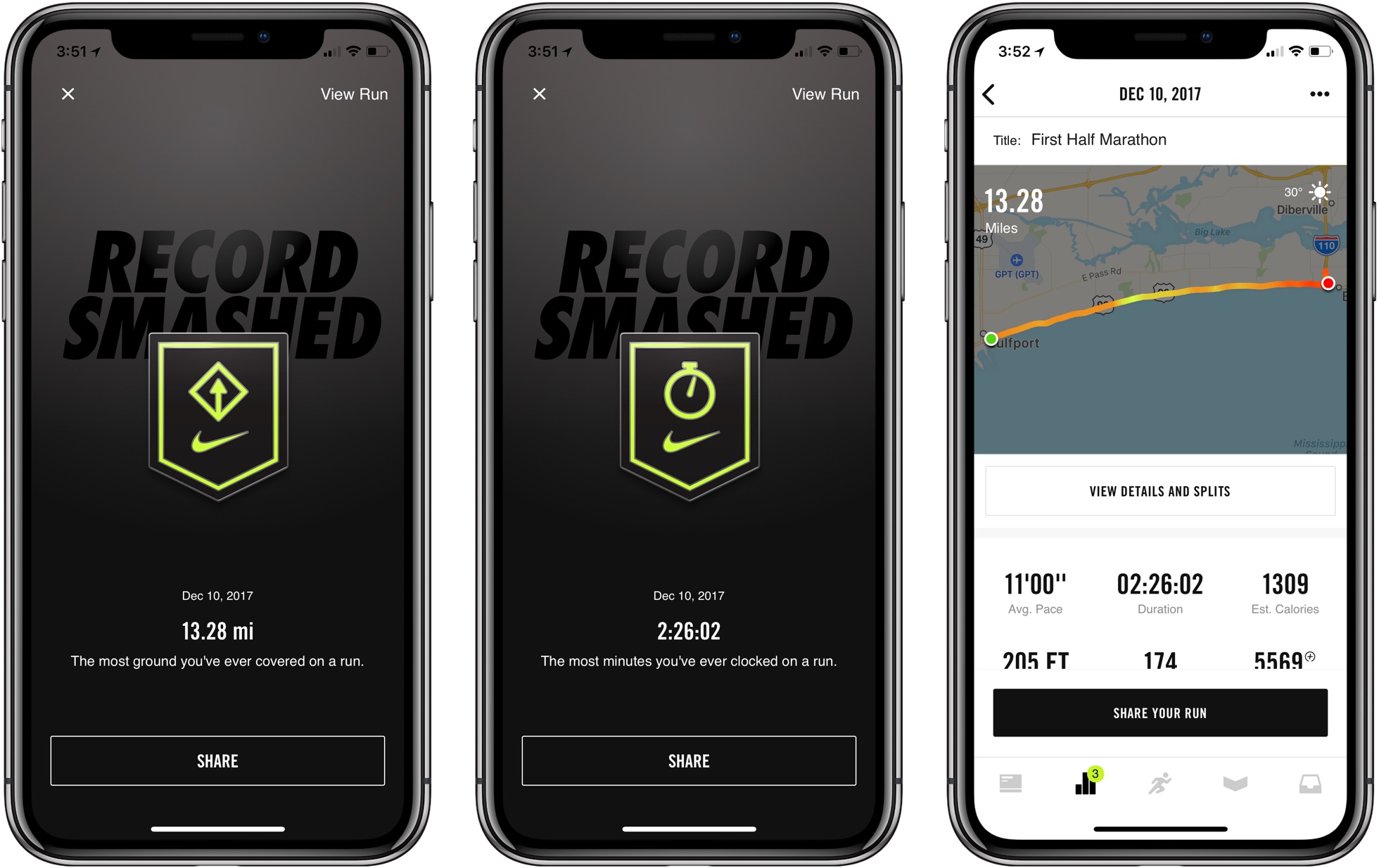 Ultimately I completed the half marathon in 2 hours 27 minutes 10 seconds according to the official race results. I tracked 2 hours 26 minutes 2 seconds for 13.2 miles according to NRC on my watch, however, but the exact start and finish times likely varied.

Based on pre-race guidance, 3 hours 30 minutes was the longest duration I was expecting to run to finish, but I noticed both from my watch and the race pacers that 2 hours 20 minutes was possible. My mental alertness noticeably diminished between the ninth and tenth mile, however, but a high-five from a spectator and realizing there was only one 5K left woke me up and pushed me to the finish line.

After the race, my Apple Watch still had 14% battery left, and my AirPods had enough battery left to keep playing music. I used Scribble to jot out my official run time in a message to my wife and respond to Apple Watch friends who saw my results with Activity Sharing. 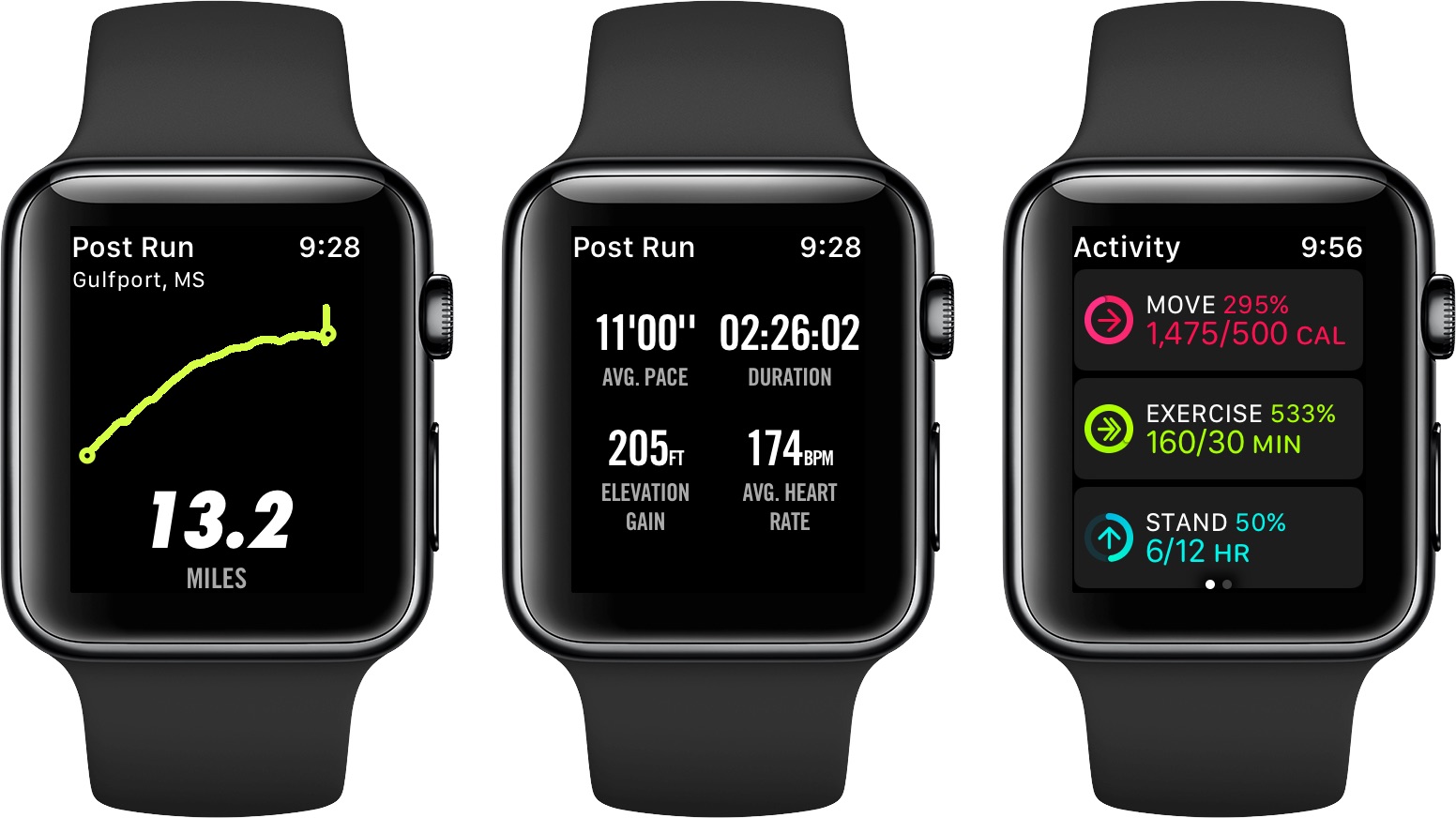 Completing the half marathon was rewarding all on its own, and seeing my post run results on my Apple Watch made it feel all the more real. I wasn’t as prepared for the race as I would have liked to have been, but I felt both confident and connected from start to finish with Apple Watch Series 3.

Running a half marathon was absolutely a tremendous experience and one I hope to repeat in the future. It’s also something I never thought I would ever attempt in my life before the Apple Watch kickstarted my lifestyle change. Now for a few days of rest and then on to the next race: a slightly shorter 10K bridge race at the end of January. 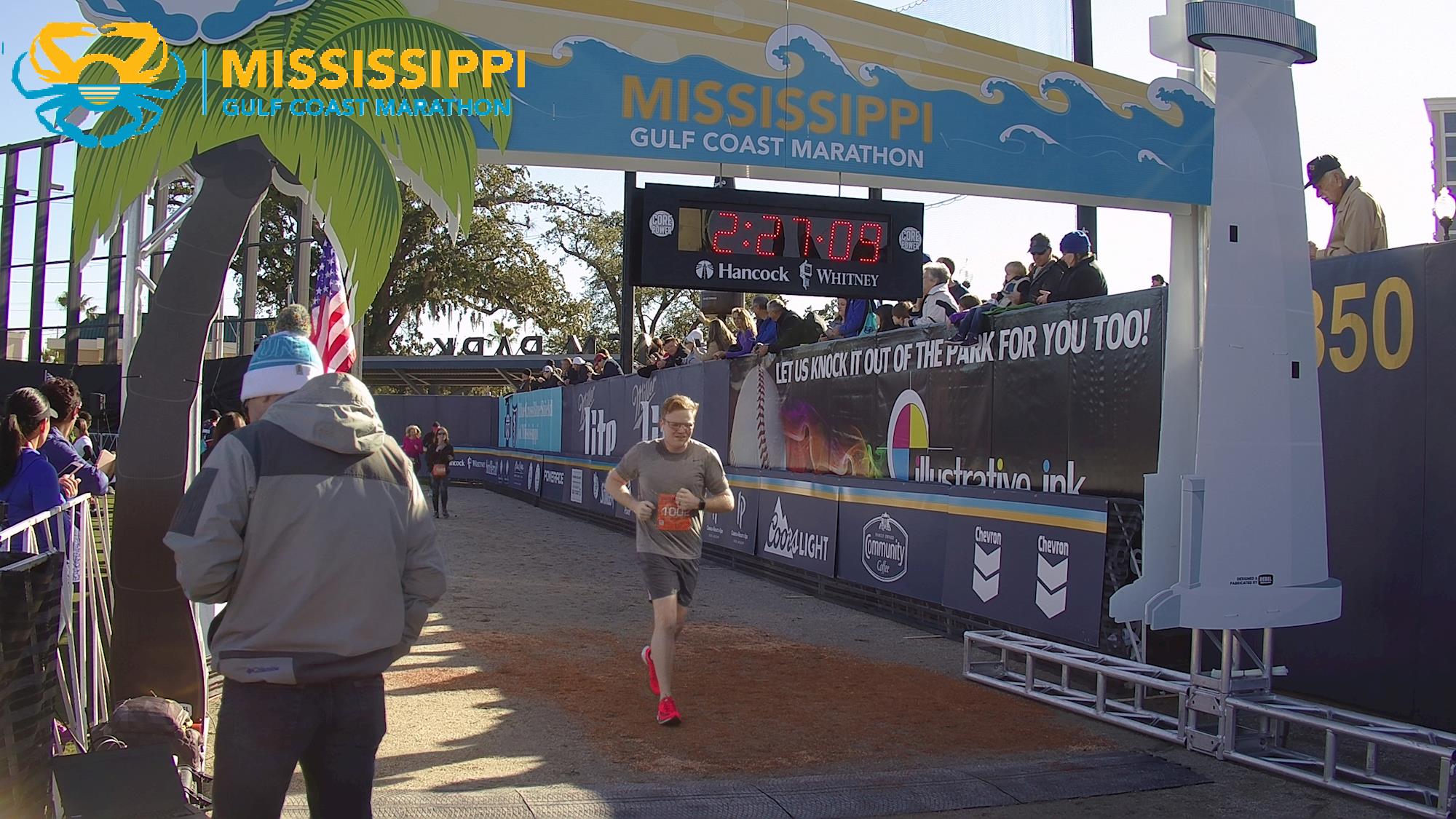