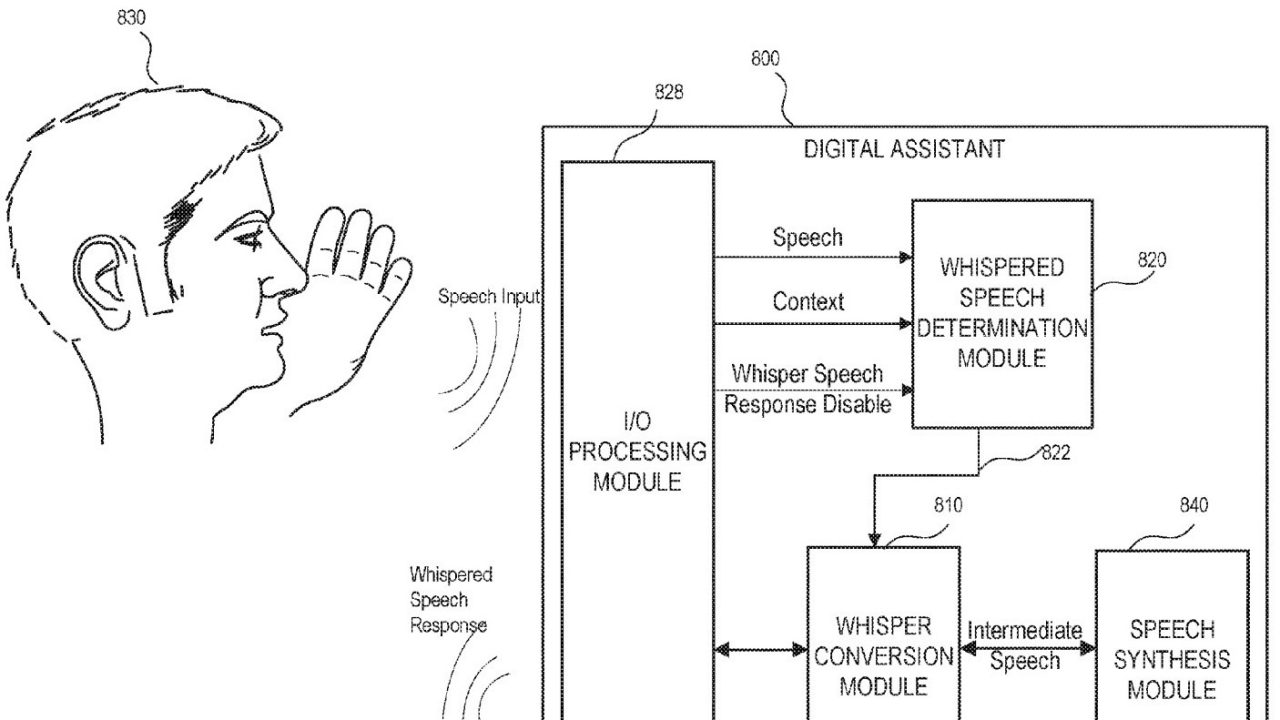 A new patent unearthed today shows how Apple is working to make improvements Siri and its core capabilities. Apple originally filed for the patent in 2016, but it was just made public today

Essentially, this patent covers how Siri could detect when a user is whispering and subsequently “whisper” all of its replies…..

Apple goes on to explain a few use cases for such a feature. For instance, the company writes that it could be used in a library where “speaking loudly may be prohibited.” Furthermore, Apple says having Siri whisper would help users respect their coworkers while “working at a cubicle.”

Of course, Apple also cites the privacy concern of such a feature. Having a user be able to whisper to Siri and have it whisper back would theoretically mean that more sensitive information could be shared via the voice assistant.

The central idea of the patent is that Siri would be able to recognize when a user is whispering, which would likely be a challenging feature to implement – especially when Siri already struggles with some trickier commands and environments. Apple, however, says a device like the iPhone or Apple Watch would be able to measure an input’s amplitude and frequency patterns to detect whispering. Furthermore, the patent suggests that Siri could even recognize the tone used by the user and respond in a similar tone.

It’s always important to note, however, that patent applications aren’t always completely indicative of upcoming features. They do, however, suggest what kind of work Apple is doing behind the scenes. Whether or not this feature ever sees the light of day, though, remains to be seen.

What do you think about Siri adding support for whispering and more human-like tones? Is this an area where you’d like to see Apple focus, or are there other areas of Siri that need improvement first? Let us know down in the comments!