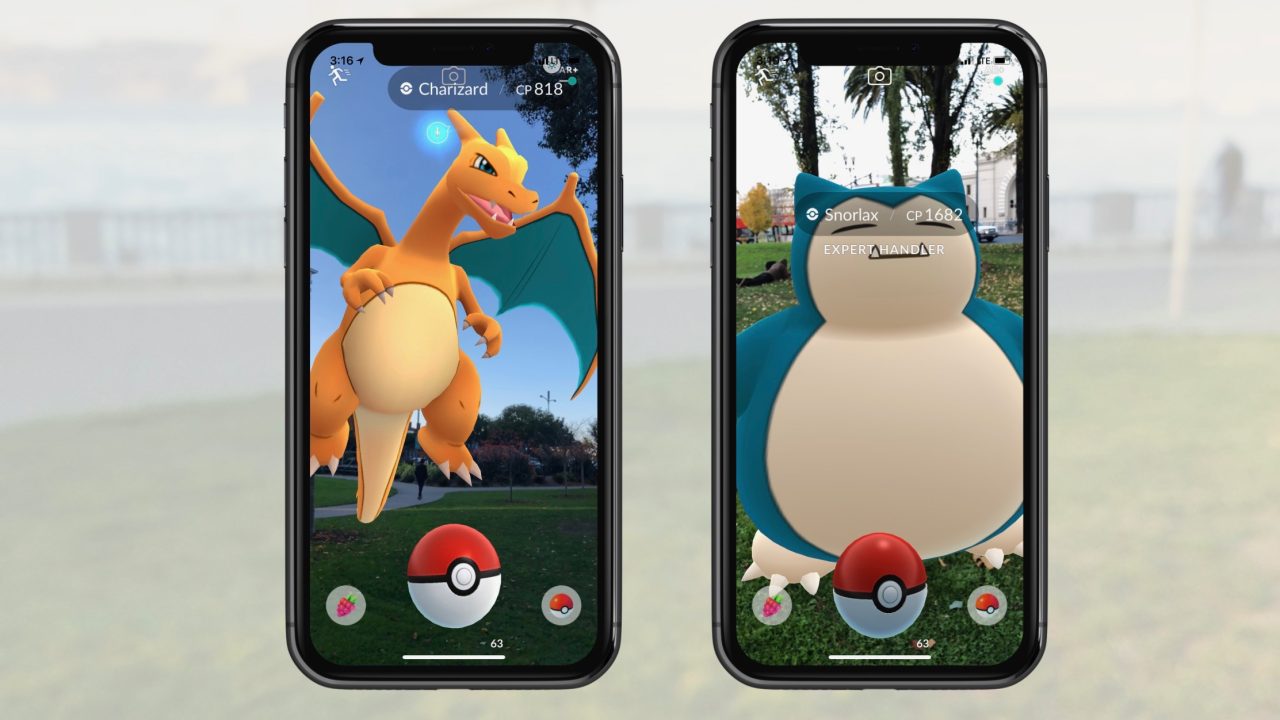 Because ARKit is an Apple technology only available on its devices, AR+ mode is a Pokémon GO feature exclusive to iPhones and iPads. Here’s how it works:

With AR+, Pokémon are now fixed to a point in space, meaning you can walk up close to a Pokémon to see to how they’ll look in the real world. Imagine looking up at a massive Onix or walking around a gigantic Snorlax blocking your path! This feature brings us one step closer to truly realizing Pokémon the way they are supposed to be represented in the real world. Pokémon GO AR photos will never be the same again!

Pokémon will run away if they become aware of the Trainers getting close, so be careful. You can sneak up close to earn an Expert Handler bonus, but think twice before running right up to that Charizard! You’ll need to be extra cautious so you don’t scare it away. An awareness meter will appear next to the Pokémon, and if the meter fills up, the Pokémon will flee. If it does, you can try tapping on the tall grass nearby, which may cause the Pokémon to reappear and give you an additional chance to catch it.

Trainers can even use AR+ mode and ARKit to potentially score more XP and Stardust with Expert Handler bonuses. Check out some examples of AR+ mode gameplay below:

Pokémon GO is available for free on the App Store; ARKit features require iOS 11 or later and iPhone 6s or later.

You never know who you’ll run into on the Apple campus! The power of ARKit is coming to @PokemonGoApp today — taking its AR to a new level, including more interactivity between Pokémon and Trainers. pic.twitter.com/ob9K4UEvqg