As it does every year, Apple is helping you spend those holiday gift cards you’ve received by again joining in on the Boxing Day deals today. The company is highlighting a featured section in the Canadian iTunes store offering a selection of new and popular albums for under $7.

Apple often takes part in the shopping holiday that’s officially recognized in Canada, the UK, Australia, New Zealand and elsewhere. While Apple has in past years had deals in several countries including the UK, this year it appears to be only offering the album discounts for Boxing Day on the Canadian iTunes store (as pictured above and below).

Boxing Day is officially recognized the day after Christmas Day on December 26 in Canada, and retailers, including Apple, typically feature deals for the entire week much like Black Friday in the US. The company is offering album deals on iTunes like it has in past years, but doesn’t usually offer deals on products through its Apple retail stores or online store.

The album deals available now include many new releases and a number of best sellers and classic albums all for $6.99. You can browse the whole section here. 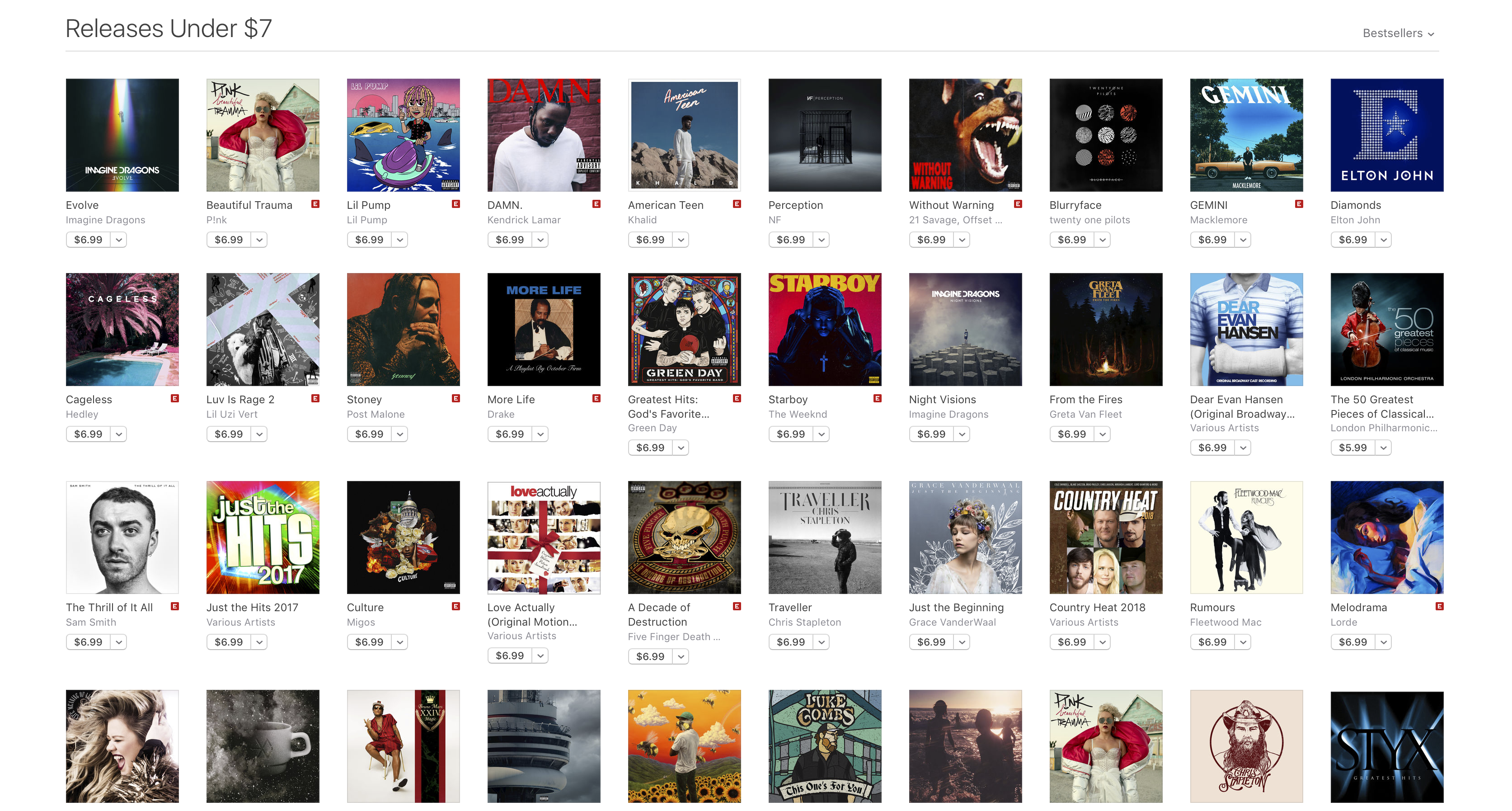