Report: Smart speakers like HomePod will be ‘fastest-growing’ tech of 2018

A new report from Canalys today shares its prediction that smart speakers are on track for record growth and will be the hottest consumer tech items of 2018. Canalys believes that consumers will buy 56.3 million smart speakers in 2018, just shy of doubling from 2017 sales.

The smart speaker market will also grow considerably with new product offerings this year, like Apple’s HomePod. However, the report shares the expectation that Amazon and Google will continue to dominate the field.

The Echo Dot and Google Home Mini are both priced in the impulse buy territory of $50. Even the mid- to higher-end speakers from both companies come in around $100-$150.

“2018 will be the defining year for smart speaker adoption,” said Canalys Research Analyst Lucio Chen. “Smart speaker uptake has grown faster than any other consumer technology we’ve recently encountered, such as AR, VR or even wearables.” 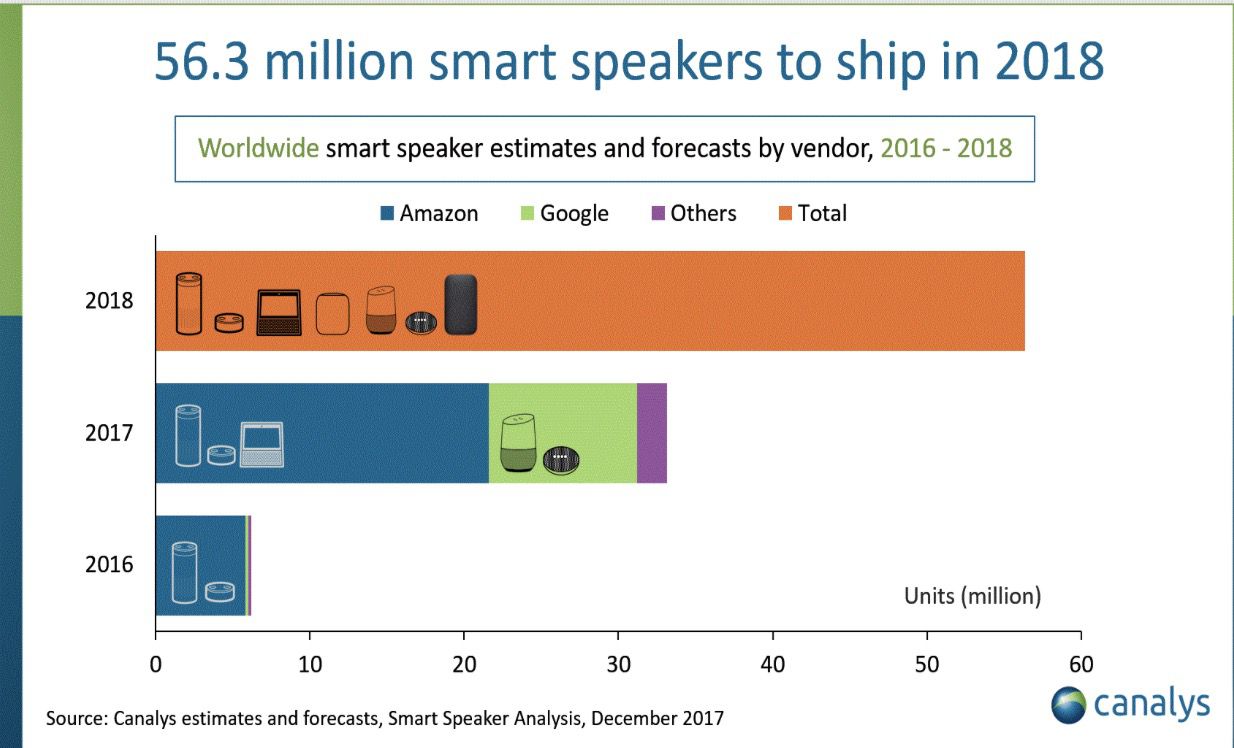 That’s an interesting comment, and brings up the question, would it have been a better move for Apple to put more effort into launching HomePod sooner and push back something like ARKit?

As 9to5Mac’s Zac Hall recently thoroughly detailed, Apple is really going to need a refined pitch as it looks to launch its premium smart speaker in the quickly evolving tech landscape of 2018.

With the new, high quality audio focused Sonos One that includes voice control (at $199), and the ability to hook up an Echo Dot with a user’s existing audio equipment, Apple may have a challenging time breaking into the smart speaker market.

Other interesting data from the Canalys report includes the U.S. being the primary driver of smart speaker sales.

38.4 million units are expected to be sold stateside, while China is projected to buy a mere 4.4 million, based on consumers’ restricted access to services. The U.S. is likely to consume the greatest portion of smart speakers through 2020.

When HomePod launches, it will be limited to customers in the US, UK, and Australia to start.