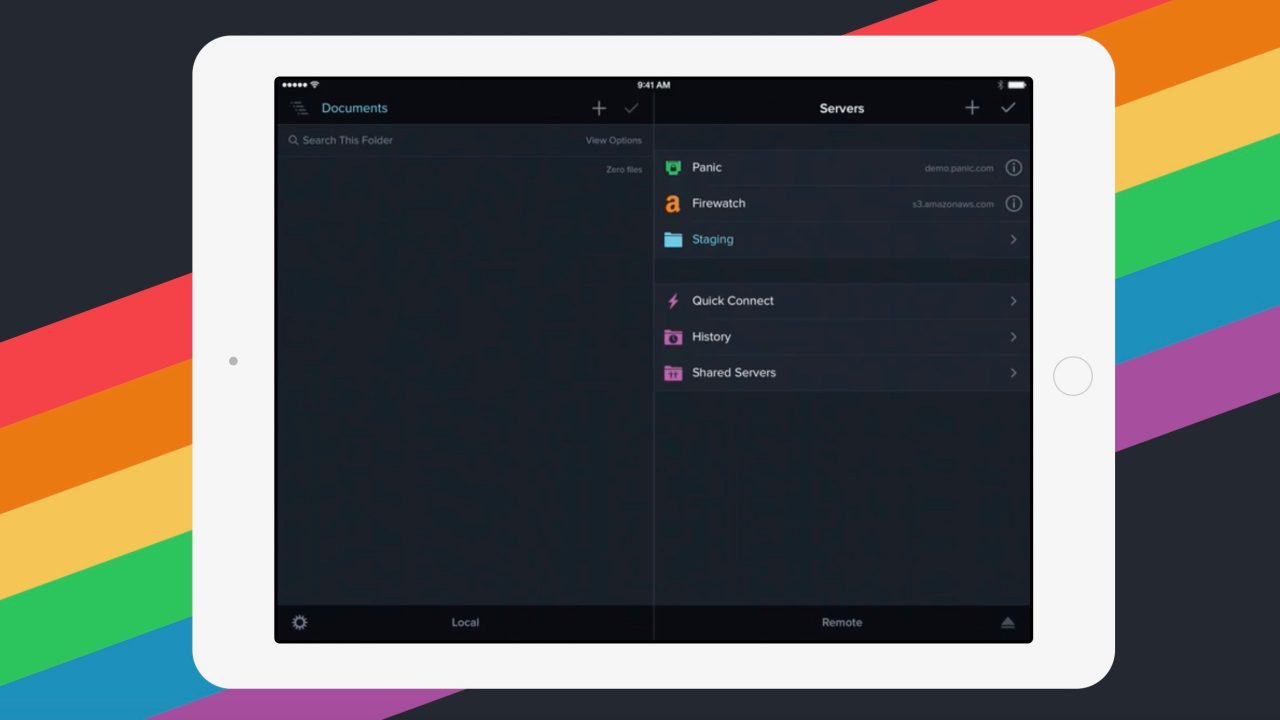 Panic is behind a host of popular Mac and iOS apps, including Coda, Transmit, and Prompt. Starting soon, though, the team is taking one of those apps off of the iOS App Store…

Panic announced in a blog post recently that it is “suspending” the sale of Transmit for iOS “very soon.” Transmit is the company’s file manager for FTP/SFTP/Amazon S3 servers.

While the developing team says the app always felt like an obvious addition to its suite of apps, it wasn’t until iOS 8’s introduction of the Share Sheet that there was really a way to bring it to the iPhone and iPad.

Transmit for iOS always felt like an obvious addition to our lineup, but we never thought it made a ton of sense in the tightly restricted world of iOS until Apple announced the “Share Sheet” for iOS 8. Finally, we thought, in addition to using Transmit iOS to upload/download whatever you need, you could easily (?) get data out of apps and send it to your favorite servers.

In reality, however, Panic says the interest in Transmit isn’t enough to warrant keeping it around. The revenue it brought in during 2017, around $35,000, isn’t enough “to cover even a half-time developer working on the app.” Furthermore, iOS 10 introduced a first-party Files app, which Panic says “overlaps a lot of file-management functionality.”

Panic isn’t saying that Transmit for iOS is completely going away, though. Everyone who already has it can continue to use it for the foreseeable future. Furthermore, Panic hopes that “as iOS matures” and more folks see it as a true work machine, there will be enough interest to bring Transmit back.

My optimistic take: we hope that as iOS matures, and more and more pro users begin to seriously consider the iPad as a legitimate part of their daily work routines, Transmit iOS can one day return and triumph like it does on the Mac.

If you’ve been holding out on buying Transmit, it’s still available for now from the App Store, but I’d buy it sooner rather than later. Download it for $9.99.