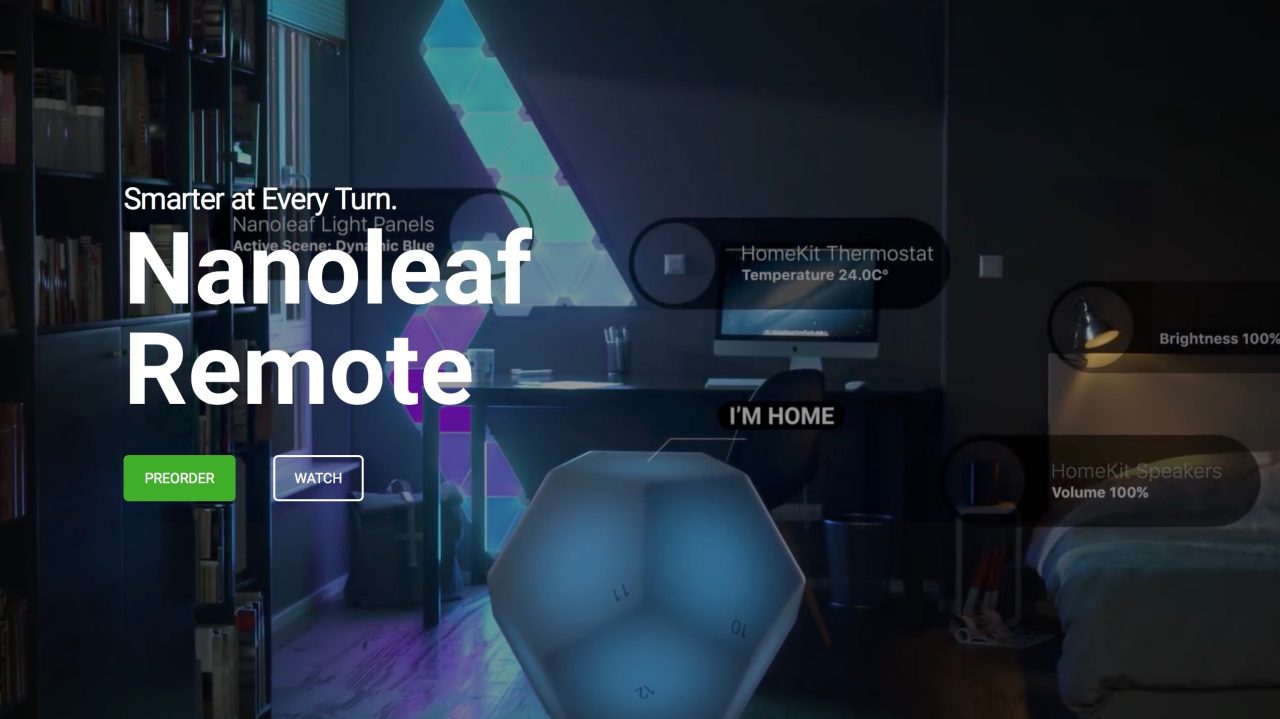 [Update: In addition to announcing a new, massive smart light panel product today, Nanoleaf has shared that its HomeKit Remote will come in at $50 and be available this spring.]

Nanoleaf has announced today its Nanoleaf Remote that has a really unique design and offers lots of customization to control Nanoleaf smart lighting and other HomeKit-enabled products.

9to5Mac’s Zac Hall reviewed Nanoleaf’s popular Aurora lighting just about a year ago became a fan of the flexible and slick geometric lighting.

Aurora is visually impressive and well integrated with Apple devices and Siri thanks to HomeKit, and Nanoleaf makes the lighting system both easy and fun to set up with the modular design.

Now, the company is promoting its new Nanoleaf Remote with a pre-order campaign after getting feedback from beta testers.

This is most unique smart home remote we’ve seen, with its individually functional twelve sides. The glowing dodecahedron controls Nanoleaf’s Aurora smart lighting by assigning HomeKit scenes in the Nanoleaf app. However, it also comes with preset scenes so you can have fun with it out of the box.

The remote even includes control of third-party HomeKit devices when connected through scenes, although full details on that aren’t yet known.

Aside from controlling scenes, the Nanoleaf Remote works over Bluetooth to allow users to turn lights on/off and adjust brightness with a rotation of the dodecahedron.

Details on pricing or a release date haven’t been shared yet, but Nanoleaf has opened up a sign-up page for when Nanoleaf Remote is available.