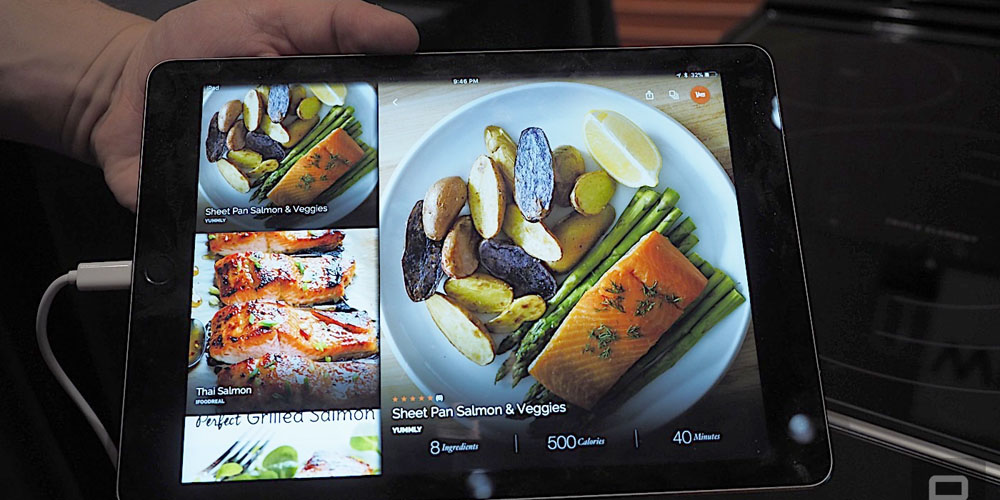 After yesterday announcing Apple Watch control of ovens, washing machines and dryers, Whirlpool now wants to apply connected kitchen smarts to reducing the amount of food that goes to waste …

Engadget reports that it is pairing the Yummly smart recipe network it bought last year with its connected cookers.

Yummly’s app has been reengineered with computer vision smarts that’ll come in handy when you’ve got a half-stocked refrigerator and no idea what to eat. Use your smartphone’s camera to scan all of the items in the coolbox and its computer vision chops will divine a recipe for you.

Once you’ve decided what you’re going to cook, the information will be pushed to one of a new range of Whirlpool cookers. A small, 5-inch wide touchscreen on the stovetop will then display step-by-step instructions for each phase of the recipe.

Connecting a recipe app to a cooker isn’t new – Innit announced that last month for over 100 different ovens from GE Appliances and Bosch – but what is new is using it to transform that random collection of leftovers in your fridge into a tasty meal.

As with all too many CES announcements, there’s no exact word yet on availability or pricing, but Whirlpool’s guidance is ‘second half of the year’ and toward the higher end of the cooker price range.