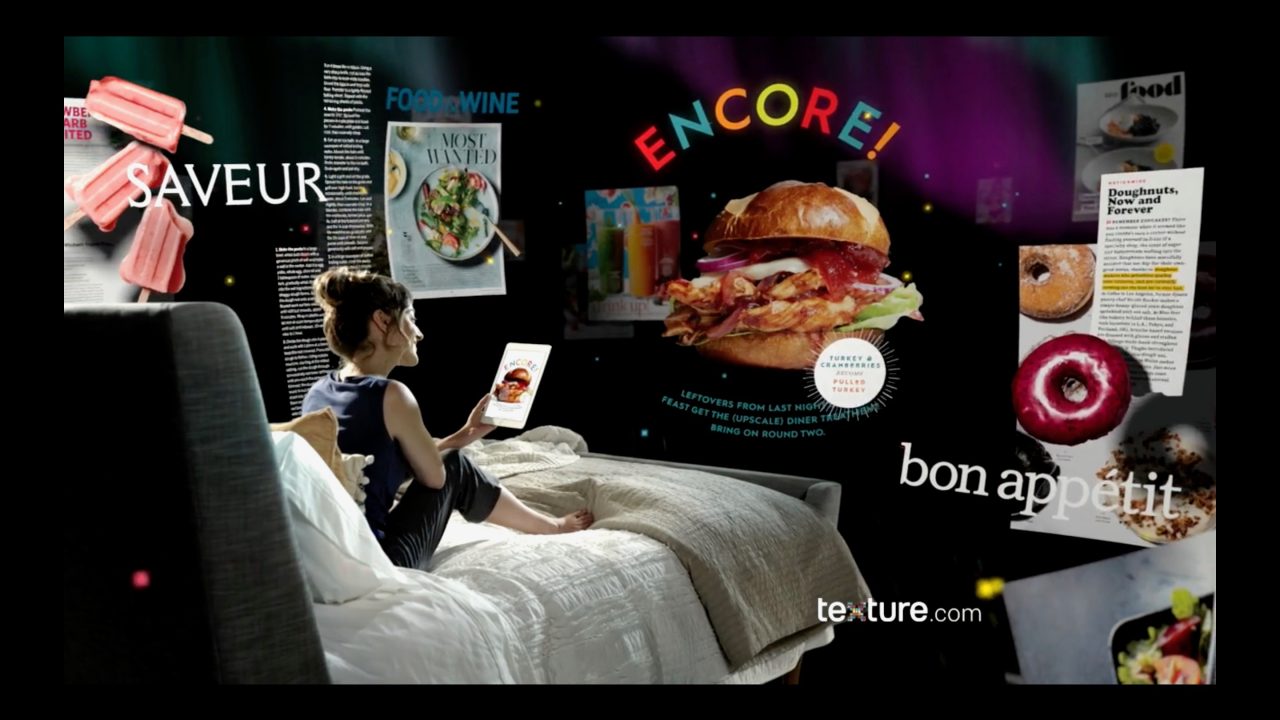 Apple has today confirmed that it is taking a major step into the digital magazine business. Apple’s Eddy Cue shared in a statement that the company would be purchasing Texture, a digital magazine distributor which could enhance Apple’s News app and more.

The purchase will give Apple a large catalog of magazines from a range of publishers. Texture currently offers its users content from over 200 magazines for $10 a month. Sort of like “Netflix for Magazines” or an all you can eat music subscription service like Spotify, Google Play Music or Apple Music.

Here’s what Apple’s senior vice president of Internet Software & Services Eddy Cue had to say about the deal:

“We’re excited Texture will join Apple, along with an impressive catalog of magazines from many of the world’s leading publishers. We are committed to quality journalism from trusted sources and allowing magazines to keep producing beautifully designed and engaging stories for users.”

“I’m thrilled that Next Issue Media, and its award-winning Texture app, are being acquired by Apple. The Texture team and its current owners, Condé Nast, Hearst, Meredith, Rogers Media and KKR, could not be more pleased or excited with this development. We could not imagine a better home or future for the service.”

With addressing fake news a major focus for tech companies and Apple’s commitment to rapidly growing its services revenue, this deal could have a lot of potential.

Cue is at SXSW where he is expected to share more details on Apple’s content plans, the talk is about to begin at the top of the hour. 9to5Mac’s Zac Hall is in attendance and we’ll be bringing you more news and details from the keynote shortly.

For now, Texture is a free download from the App Store and interestingly Google Play for Android and ChromeOS users and the service offers a seven-day trial. After that access is $10 a month. At this time it’s unclear how Apple plans to integrate the service and if pricing will change.