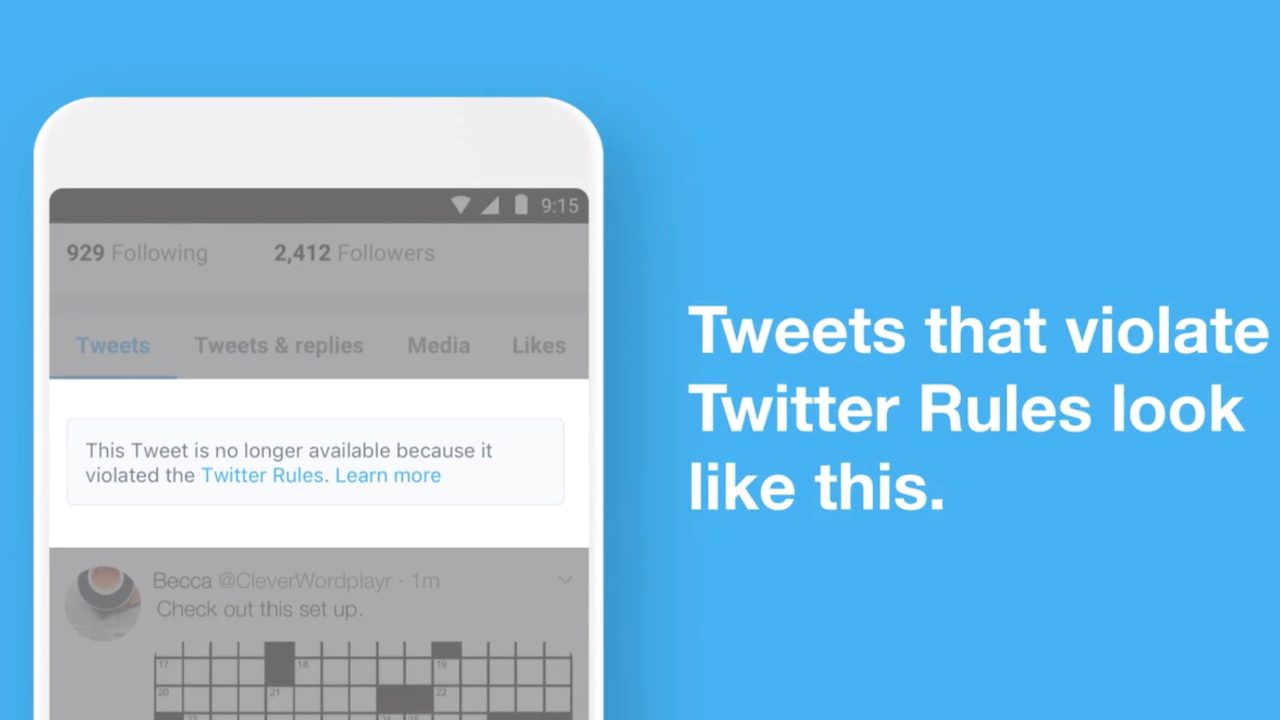 Twitter announced today that it is making several changes in how it handles reported tweets and deleted tweets. First and foremost, the company is making it clearer when a tweet is deleted due to violations of its policy.

Now, once we’ve required a Tweet to be deleted, we will display a notice stating that the Tweet is unavailable because it violated the Twitter Rules along with a link to the Rules and an article that provides more detail on how we enforce our rules. This notice will be displayed on both the account’s profile and the specific Tweet for 14 days after the Tweet is deleted.

Building on these changes, Twitter added that users have also said that once they report a tweet, they don’t want to continue seeing it. That also changes today, and means that once you’ve reported a tweet it will be hidden from your timeline:

We’ve also gotten feedback that you don’t want to continue seeing Tweets you’ve reported. Starting today, once you’ve reported a Tweet, it will be hidden behind a notice like the one below. If there’s a need to see the Tweet you reported, you can tap the notice to view it.