In London, Apple has breathed new life into one of its largest stores. Apple Covent Garden reopened today after four months of renovations, welcoming iPhone XR customers and debuting a refreshed design that brings the company’s current retail vision into focus while maintaining the store’s historic character. Coinciding with the updates is a month of new creative sessions and performances for Londoners.

Courtesy of reader Saif Aslam, photos of the updated Covent Garden store on grand reopening day show subtle architectural refinements and one big change that will transform the store’s significance in the London district. Historic elements in the 19th-century building like exposed brick, archways, and restored windows remain. Both of the store’s famous glass staircases — one spiral — are also still present.

Many of the more noticeable changes are consistent with Apple’s classic store remodeling effort, first piloted this summer at Apple Palo Alto. Throughout the store, fixtures have been updated. New tables, displays, and graphic panels have been installed. 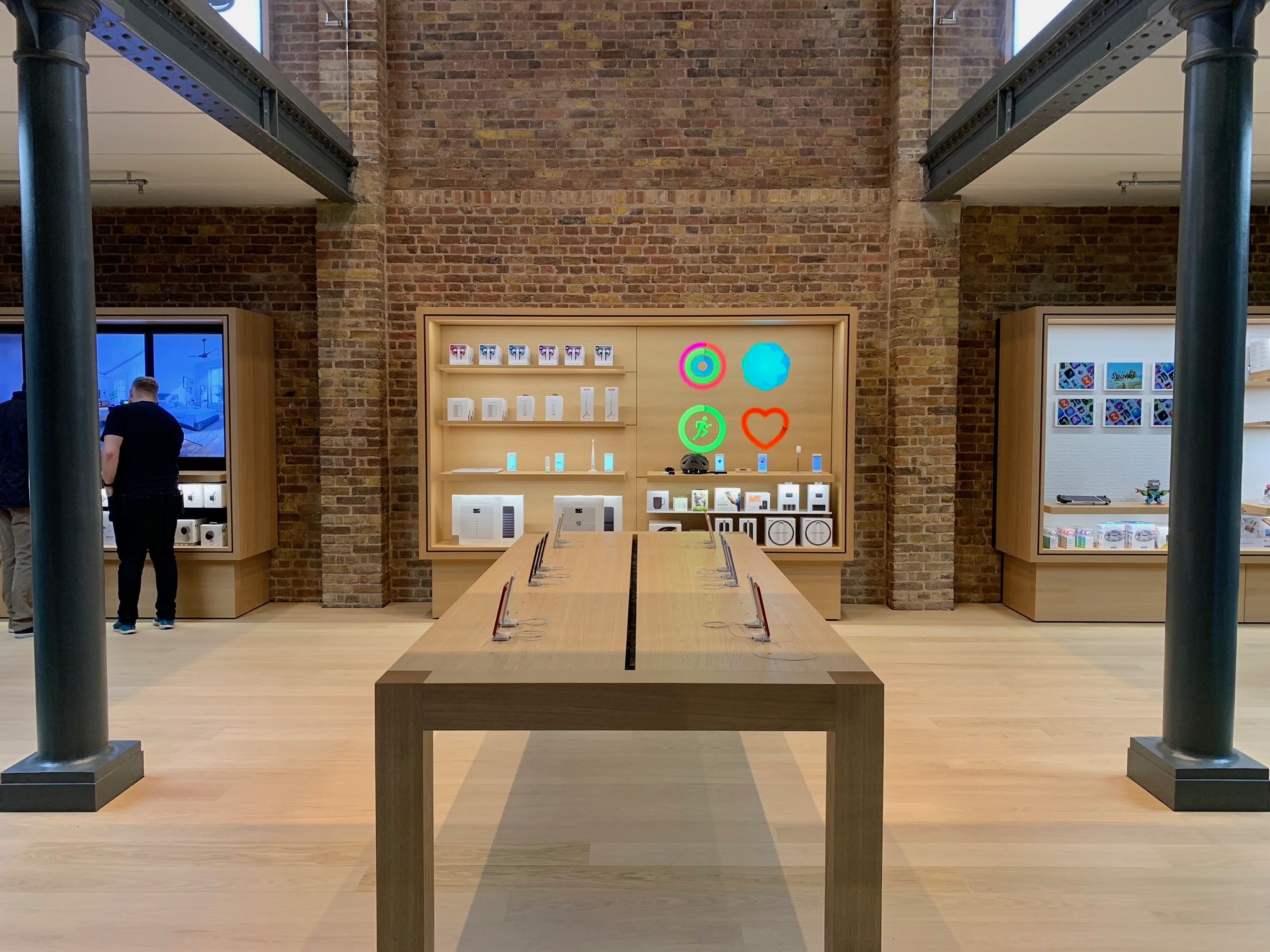 The store’s third-floor private meeting space known as the Briefing Room has been dispensed of in favor of a new Boardroom featuring the same furniture used in Apple stores across the world and at Apple Park. A historic fireplace has been preserved. Wall space where old signage and shelving once resided is now home to free-standing Avenue display cases, an uncommon detail. Typically set into walls, Apple has built custom shelving for Covent Garden to avoid disturbing the original brick. 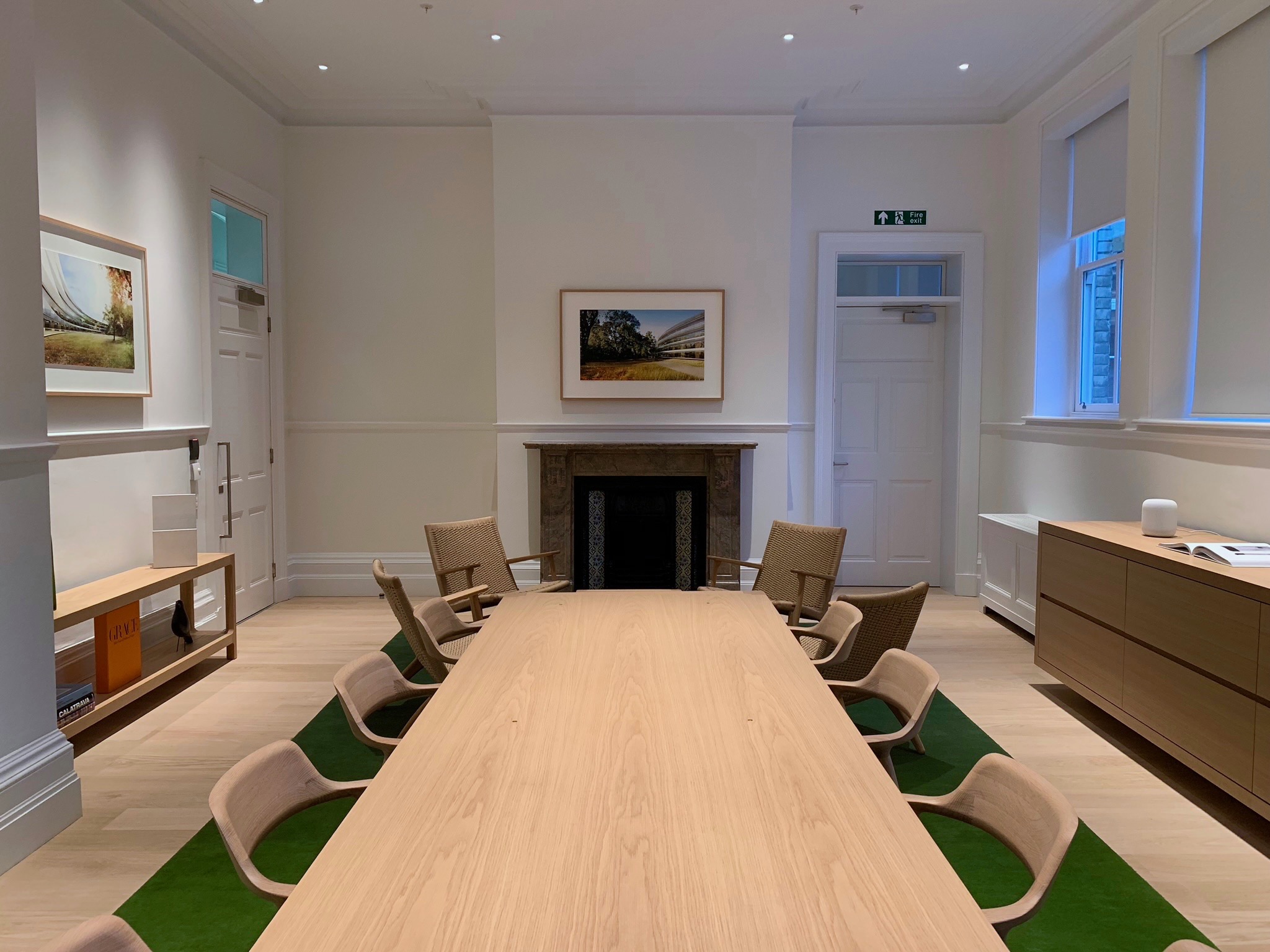 The changes are notable, in part, because of the significance of the flagship. The store’s stature in England was unmatched until London’s Regent Street store was completely reimagined by Apple and architects Foster + Partners in 2016. Upon opening as Apple 300th location in August 2010, Covent Garden was Apple’s largest retail space in the world. It was also forward-thinking, featuring a large central atrium originally home to two large television displays and room for performances. While the space was eventually reconfigured with more standard tables and products, the atrium will now serve as the most important part of the store, the Forum. 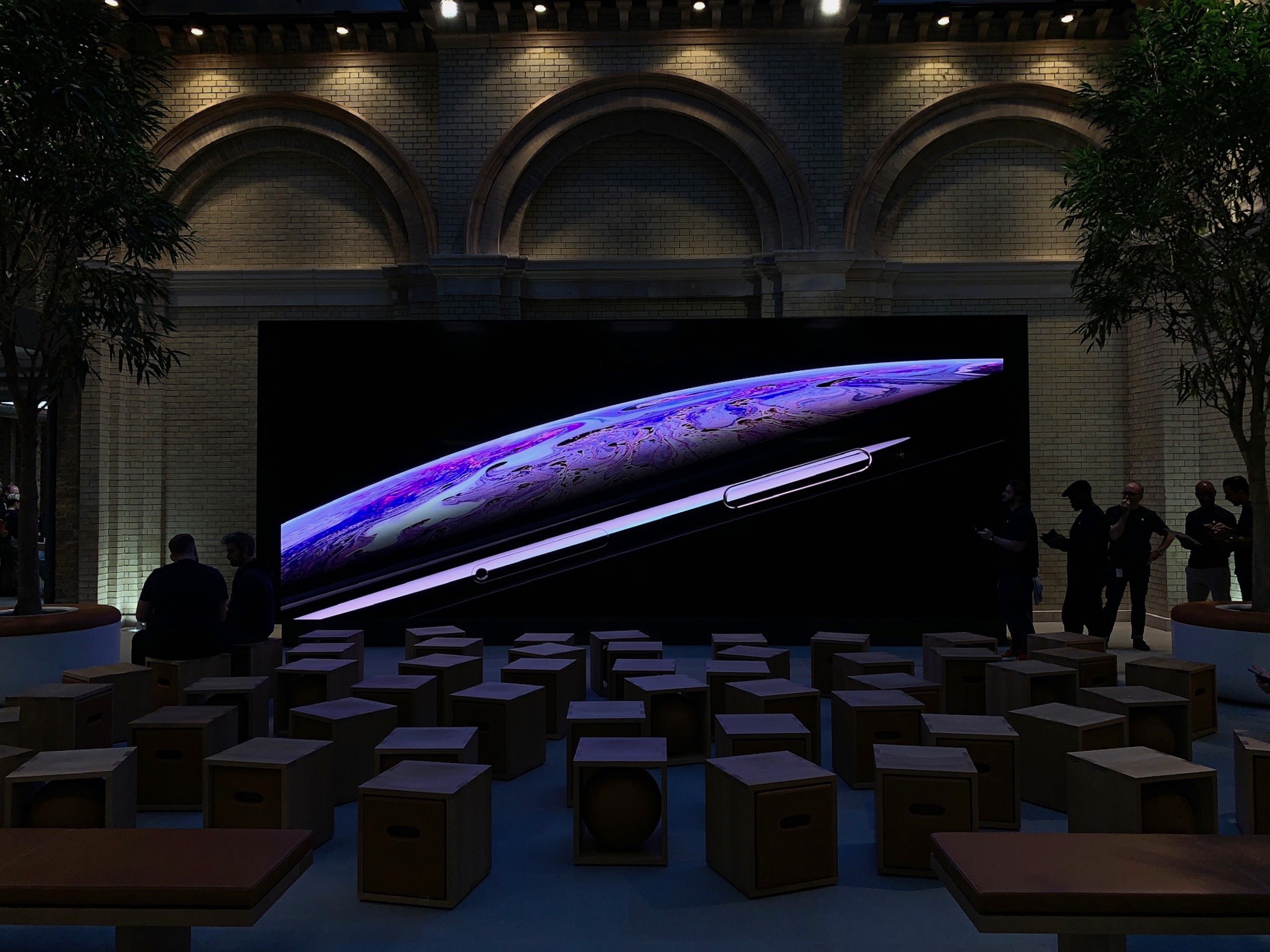 Apple has positioned Covent Garden’s new Video Wall parallel to the main entrance, so visitors will see it through the archways immediately upon entering. Behind the 355-inch 8K display, Apple has removed a previous wrought iron grate and filled in the last of three archways with matching brick to create symmetry. Around the atrium are six potted trees, Forum seating, and saddle brown leather upholstered benches, a new design element for select stores in 2018. There are 10 benches throughout the store. Covent Garden’s Video Wall is said to be noticeably larger than the one at Regent Street. 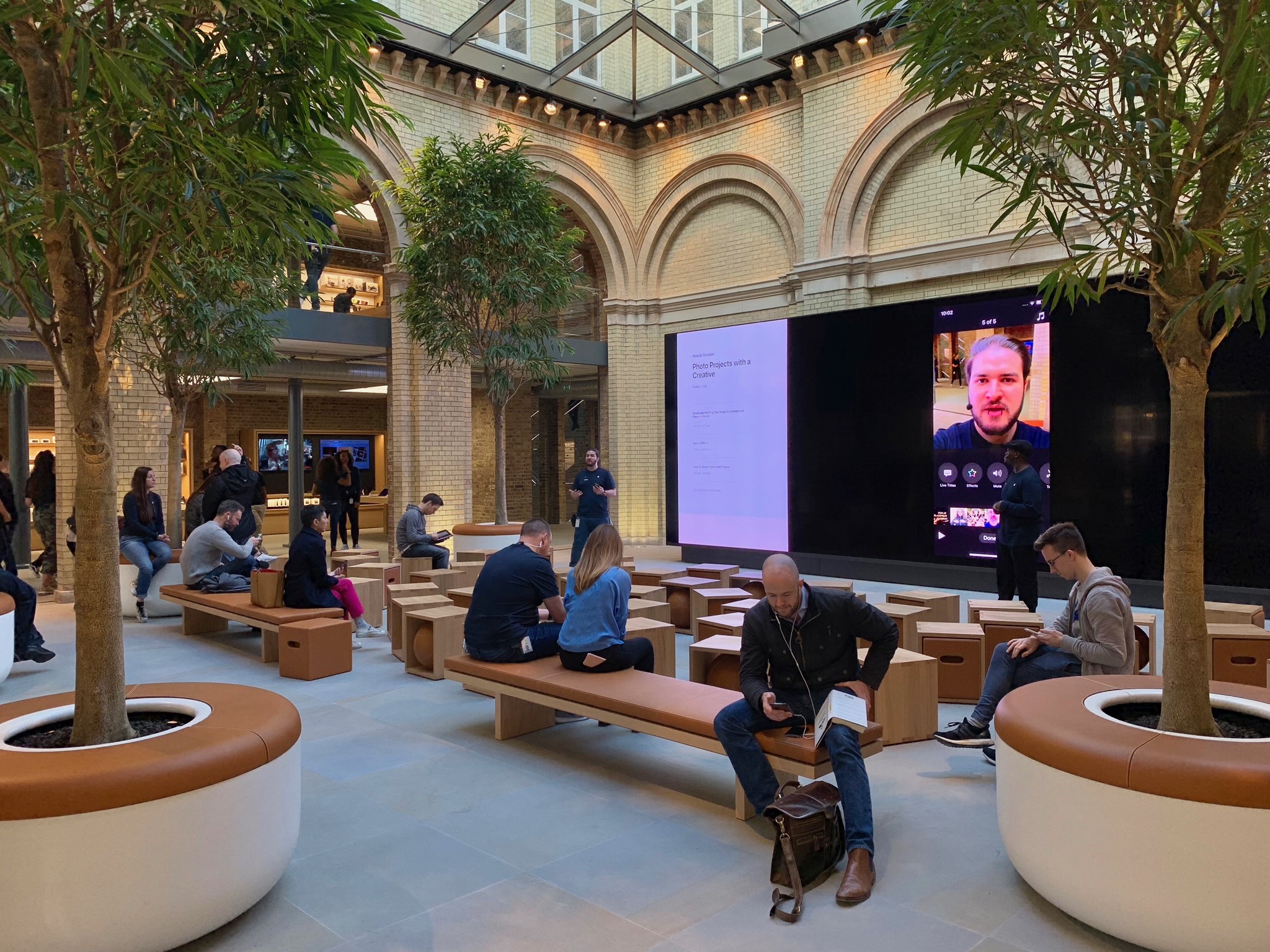 Video Walls are critical to Apple’s modern store experience. Covent Garden is the 9th store in the U.K. to offer one. Apple has organized a month-long creative campaign surrounding the store’s expansion of Today at Apple sessions that are made possible in the reconfigured space. The campaign began before the store’s opening, when vividly illustrated signage created by London-based studio RUDE was placed around the building’s perimeter. Each colorful panel promoted a different type of session available. 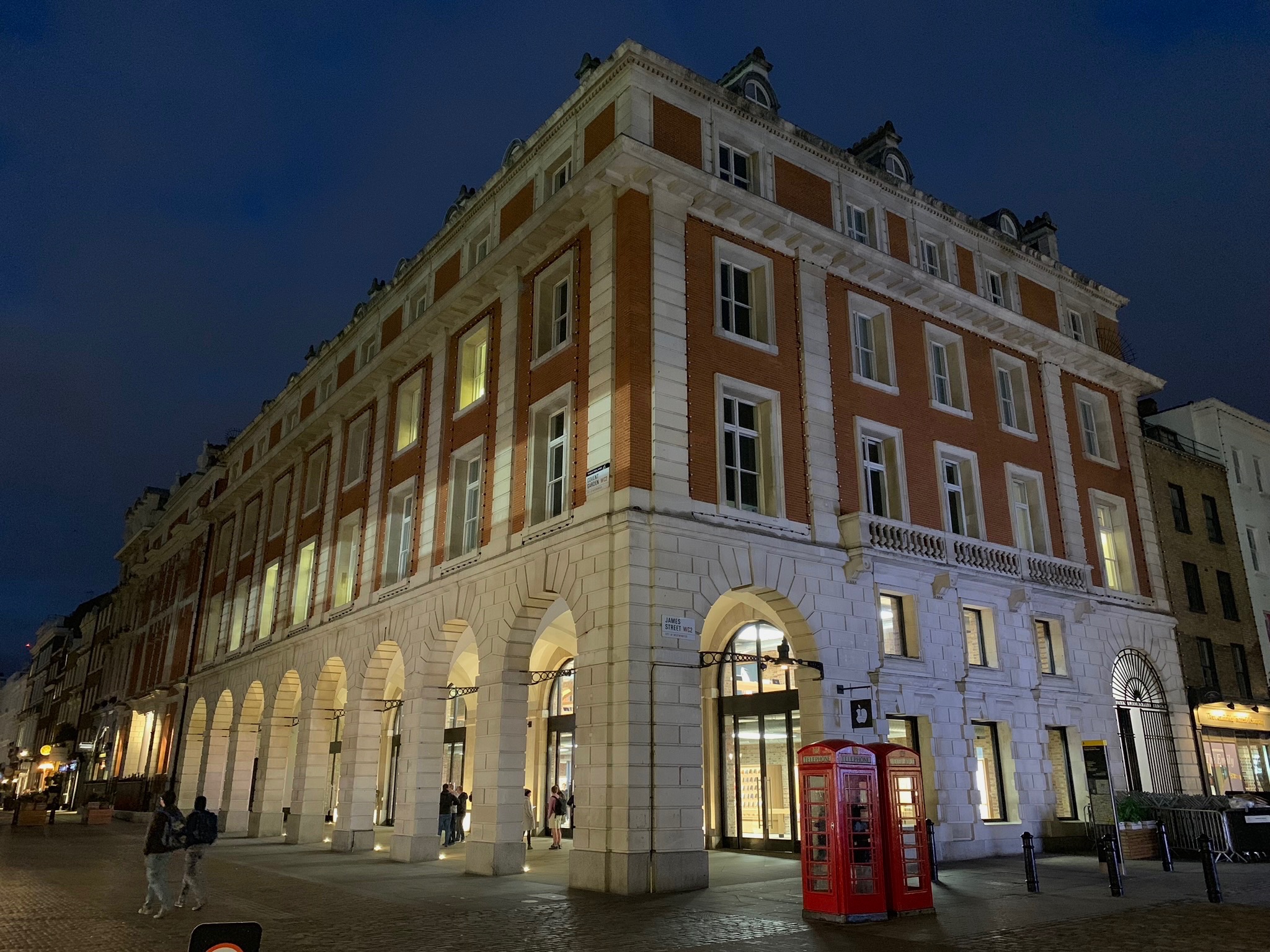 For grand opening weekend, Apple has lined up several exclusive sessions and live art demos for the store that anyone can sign up for. On October 27th, musical performances by Joncan Kavlakoglu and Kal Lavelle will be hosted. On the 28th, singer-songwriter Sherika Sherard will perform. On both Saturday and Sunday, Apple will host special Photo Walks exploring the Covent Garden district. Apple’s October 30th Special Event will be livestreamed at the store as well.

Throughout November, the store will also host sessions under the marquee “Covent Garden Creative Series.” Apple says this series will “celebrate the local creative community — whose talent and passion are the driving force behind the area’s unique and dynamic atmosphere.” The first two sessions in the collection have been listed:

November 3 — Kids Hour: Draw Along with the Moomins 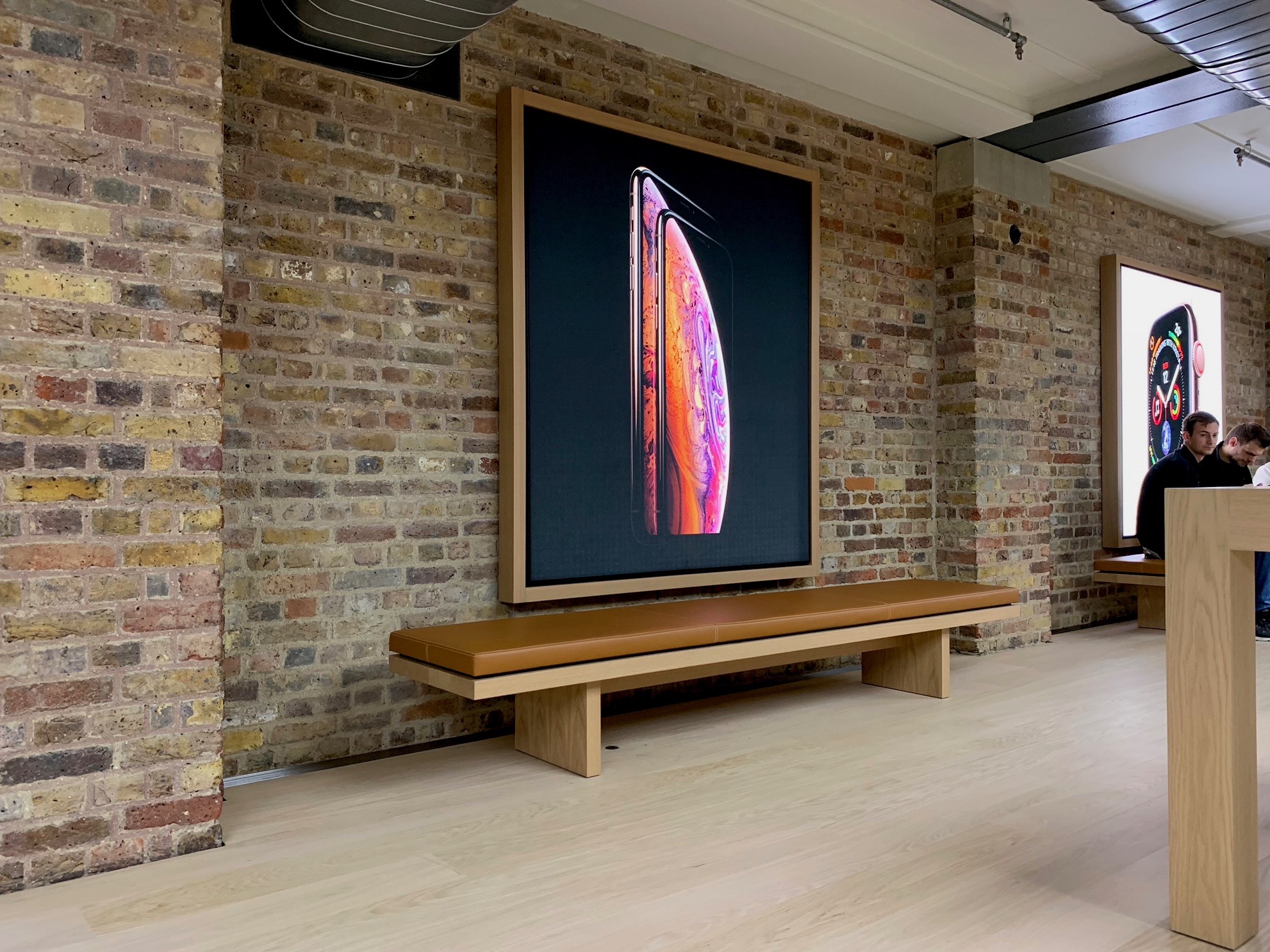 In Japan, fans also celebrated the grand reopening of Apple Shibuya today. We studied the store’s new design and dramatic spiral staircase in detail, a project which was 11 months in the making. 9to5Mac reader Yota Suzuki shared with us photos of the first lucky customers able to explore the store and try out the new iPhone XR: 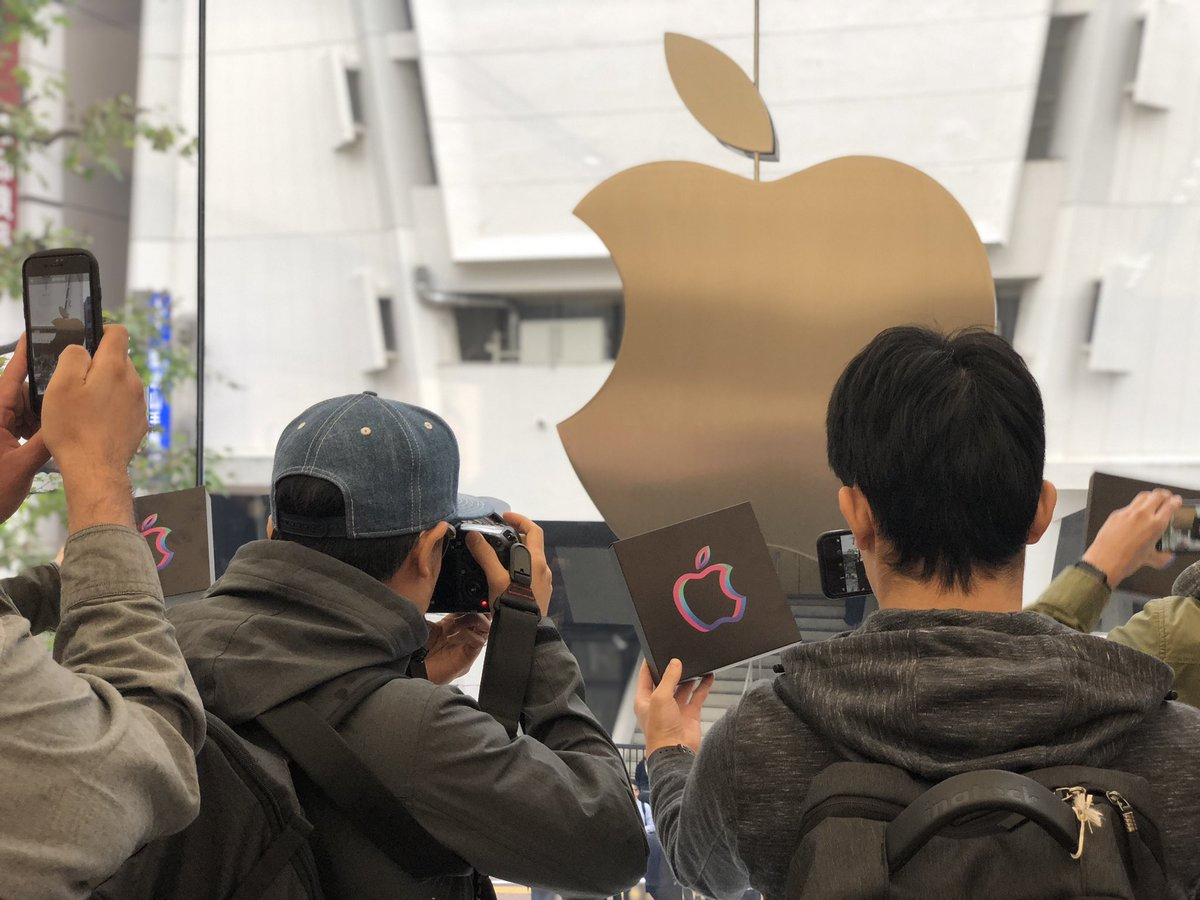 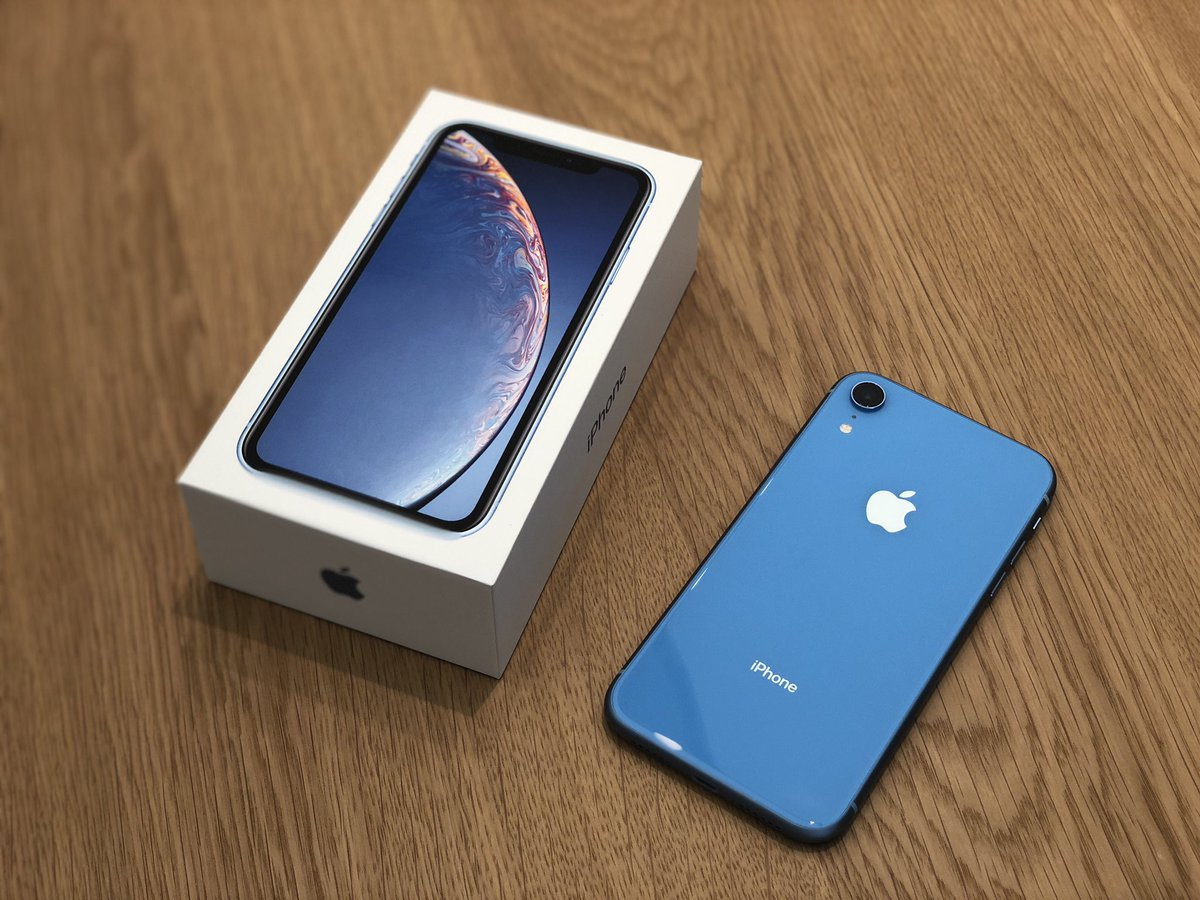 More store openings are planned for the next two weekends. On November 3rd, Apple Southlake Town Square’s expansion will be revealed. On November 10th, Apple’s first store in Thailand will open at Bangkok’s Iconsiam mall.

Follow along with our retail guide for more store news, and feel free to share your photos with us if you attend a store grand opening.