We’ve seen a similar icon before, back on the fifth beta of iOS 12. That icon showed an iPad with no Home button, rounded corners and no notch, but it was a small icon designed to be used in the battery widget. Therefore, it didn’t give us a lot of detail on the form factor of the device. Now, we’ve found a more detailed look at the 2018 iPad Pro redesign within iOS.

Today, a new icon found within iOS offers a more detailed view of the 2018 iPad Pro, which we expect to be announced during the Tuesday event in Brooklyn. This icon shows an iPad with rounded corners, no Home button and no notch. An interesting aspect of this icon is how large the bezels look when compared to the recent iPhones.

This could be due to how the icon is constructed, sometimes thicker lines are required for it to be “readable” at smaller sizes. A similar effect occurred with the iPhone X glyph found last year.

Another interesting detail is that the sleep/wake button is still at the top, while new iPhone models feature a side button that’s used to invoke Siri, take screenshots and shut down the device with button combinations. The presence of a sleep/wake button instead of a side button could be just a design decision for the new iPad. On the other hand, it is possible the 2018 iPad Pro ends up featuring a side button as this can be an unfinished asset.

Details aside, it’s clear that we’re going to see a big redesign of the iPad Pro this Tuesday. Stay tuned to 9to5Mac as we’ll have full coverage of everything Apple announces. 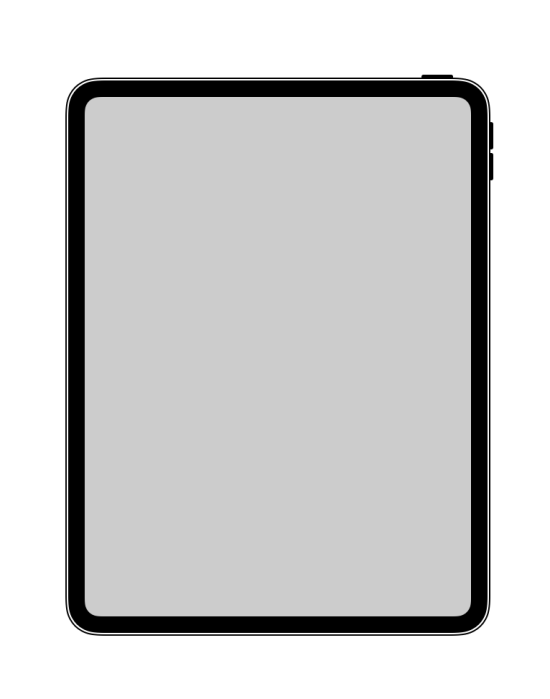