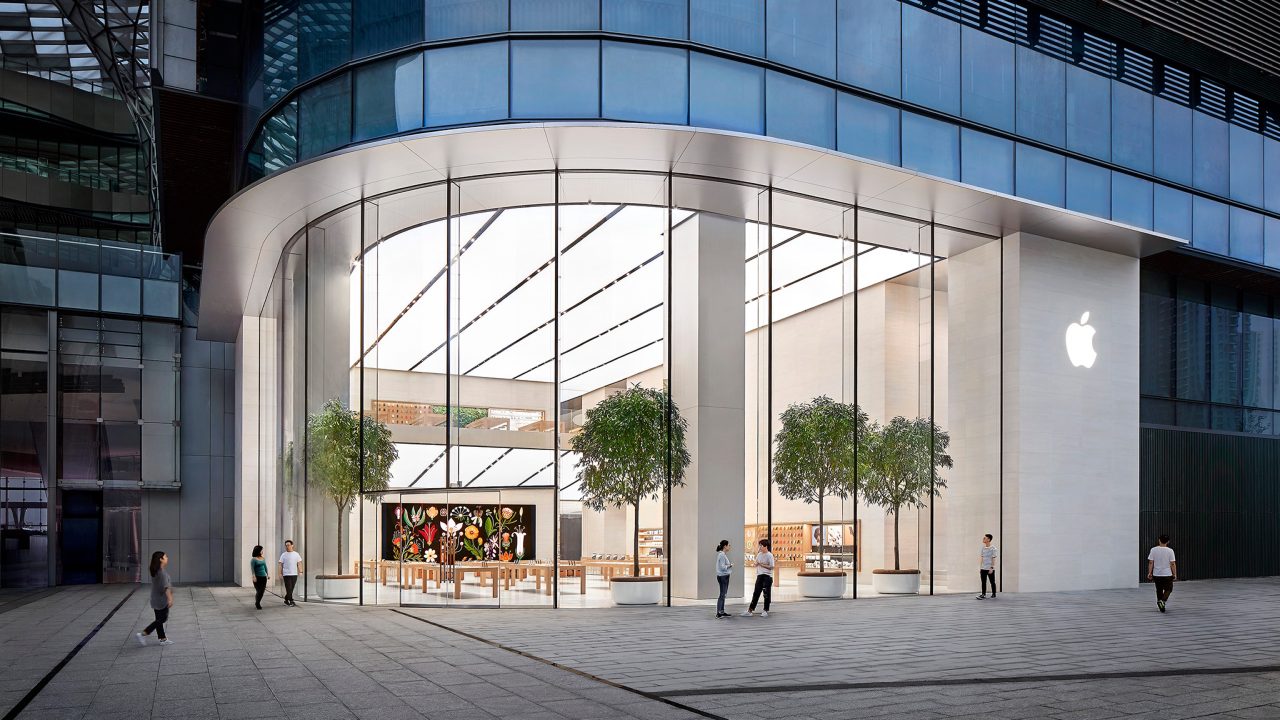 While Apple continues to globally expand its retail footprint, Chinese stores have seen slowing growth over the past several years. A new report from The Information attempts to explain Apple’s multi-faceted struggle in China as legal issues, fraud, competitors, and high standards hamper rapid expansion.

During July’s Q3 2018 earnings call, Apple noted it had recently opened its 50th retail store in greater China, Apple Cotai Central. According to The Information, this milestone would’ve come sooner if not for changes in the market. Instead, Apple has pushed into new countries in 2018, including South Korea, Austria, and soon, Thailand. Part of the shift could be due to wavering smartphone alliance in China. Some customers have chosen less expensive local phone brands like Oppo, Vivo, or Xiaomi. Apple has had to rethink where its Chinese stores are located in response:

Apple is now repositioning its 42 stores in mainland China—a nation of 1.4 billion people—to serve locals and tourists from smaller Chinese cities, rather than trying to blanket the country with locations. The number of stores in China is a stark contrast to the more than 270 locations it operates in the U.S., which has less than a quarter of China’s population.

Apple Cotai Central, located outside of mainland China in the special administrative region of Macau, is surrounded by luxury hotels, casinos, and retailers that attract tourists. Similarly, Apple Suzhou, the company’s newest Chinese store, sits outside of the metropolitan center of Shanghai.

The report also explores the shady business conduct and widespread fraud that Apple has faced while building stores in China. Government employees often bribe Apple in hopes of receiving free products, for example. Fraudsters attempt to exploit Apple’s policies and promotions, even taking advantage of annual back-to-school deals where a free pair of Beats headphones is offered with the purchase of another product:

One morning, two charter buses pulled up to an Apple store in Beijing carrying about 80 students led by a man holding a flag like a tourist guide, according to a former employee who witnessed the event. One man lined them up outside the store and assigned each student a number. A second handed them a credit card once inside. A third waited outside to collect the laptops and headphones.

The students, recruited from online chat rooms affiliated with nearby universities, were each paid about $10 for their effort, the former employee said. Similar schemes took place at Apple stores across the country each year, the former employees said.

Earlier this month, details were published about Apple’s struggle with iPhone repair fraud in China, schemes that have cost the company billions of dollars. Today’s report notes that return rates have been notoriously high as well, with lines stretching around the building in some cases. These returns are fueled, in part, by the grey market of iPhone resellers who were unable to sell out their stock.

Combined with discerning taste in real estate, a need for large amounts of floor space, and high staffing requirements, these frustrations have led to an effective pause of Chinese expansion. Throughout 2017 and 2018 combined, a total of 5 new stores opened, while 17 were opened in 2016 alone.

The report also notes that “a planned retail store in the inland city of Changsha, 700 miles west of Shanghai, was recently cancelled even though a legal entity for the store was registered last year, according to regulatory filings.” Another store planned for the city of Harbin has yet to appear as well.

On November 1st, Apple will release its Q4 2018 earnings report, where we may gain more insight on Apple’s strength in China. Tomorrow, new iPads and Macs are expected to be announced, products that could have a vast impact on the in-store experience.

Follow along with 9to5Mac‘s retail guide for more store news.