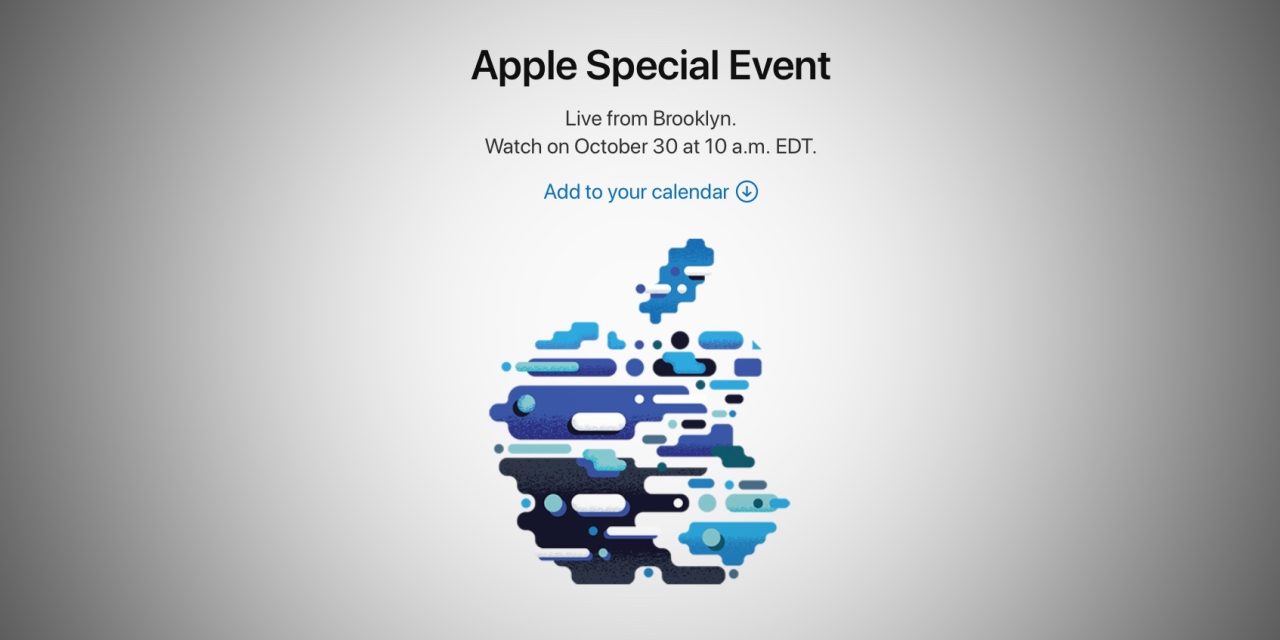 In just a few hours in New York City, Apple is likely to unveil brand new iPad Pro models, a refreshed Mac lineup, and more. Head below for full instructions on how to watch the Apple event livestream on your iPhone, iPad, Mac, and more devices.

What time does the Apple event livestream start?

Apple’s October event kicks off at a slightly different time than normal Apple product unveilings. This is due to the fact that the event is taking place on the east coast, as opposed to the west coast like usual.

The event is slated to take place at the following times:

How to watch the Apple event livestream on iPhone, iPad, and Mac:

The most straightforward way to watch the Apple event livestream on your Apple device is by heading to Apple’s Event website. Here, Apple will offer the stream directly in your browser.

How to watch on Apple TV:

To watch the Apple event livestream on Apple TV, head to the App Store on tvOS and search for the Apple Events application. This app was just updated with optimizations for the October event and offers a simple and clean viewing experience.

How to watch on Windows:

Apple’s Event website also works with Windows through multiple browsers, something that wasn’t always the case. Apple generally recommends Microsoft Edge, but notes users might also have success with Chrome and Firefox:

This stream is best experienced on a PC using Windows 10 and Microsoft Edge. Other platforms may also be able to access the stream using recent versions of Chrome or Firefox (MSE, H.264, and AAC required).

Last but not least, you can view the Apple event livestream through video player VLC. To do so, simply plug in this URL, which will load a direct stream of the event:

This link should work – but we’ll have to verify once the stream officially begins.

We’ll have live coverage of Apple’s ‘There’s more in the making’ event as it unfolds. Be sure to stay tuned to 9to5Mac.com throughout the day, and follow us on Twitter as well in case you can’t tune into the Apple event livestream.