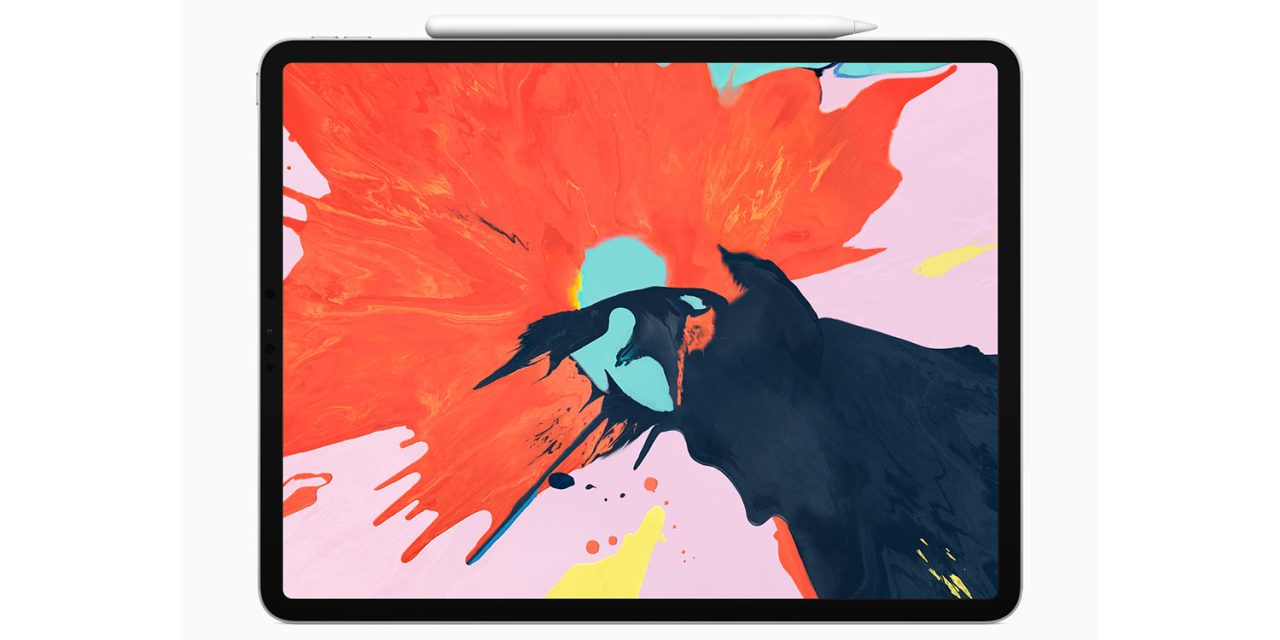 Apple said in the keynote that the 2018 12.9-inch iPad is ‘the ultimate iPad,’ combining that deliciously huge screen with something that is – thanks to the much smaller casing – still very portable. I’m hoping that it lives up to that description for me.

I wrote last time that I already knew Apple would be selling me a new iPad, my only question was whether it would be the 11-inch model, the 12.9-inch model or – most scarily of all – both …

When it came time to press the button, I was simply unable to resist the lure of that 12.9-inch screen.

Regular readers will know that I tried the previous model, and absolutely adored the display.

Dom described it as a giant Netflix machine, and it certainly is. With that huge screen and extremely loud speakers, movies and TV shows are very compelling, and – unlike a MacBook with the same size screen – you don’t feel like you’re looking at a work device […]

Reading ebooks on your lap is a delightful experience. Magazines are just wow. Casual web-browsing – sat on the sofa, just passively consuming content rather than planning to act on it – is a joy. In portrait mode, you can see a decent chunk of a page at a time, everything is big enough to read comfortably and it just feels like a much more relaxing experience than using a MacBook or a smaller iPad where you have to do more scrolling.

It fell down for me in two main areas. First, I found it was just a little large to comfortably carry around with me. I frequently carry an iPad with me when I’m mobile, as I prefer a large screen for reading ebooks and web browsing while out and about. The 10.5-inch one is compact enough that it fits any bag, the original 12.9-inch one wasn’t.

Second, I found it was just too big and heavy when reading books in bed.

My complaint about the unwieldy size of the iPad Pro for reading books in bed might sound like a relatively trivial one, but I read a lot, so ebooks are an absolutely core part of what an iPad is all about for me – and a lot of that reading is done in bed. My Kindle used to be one of my favorite gadgets until I decided that carrying two tablets around everywhere was silly, and switched to using my iPad instead (which also had the benefit of not needing a light on, so I could read in bed without disturbing my partner).

The 12.9-inch iPad Pro makes a fantastic ebook reader on your lap, but is just too awkward in bed.

But I loved the screen size so much that I came this close to keeping both iPads. So the chance to have that same size in a much more portable device is something I can’t resist.

Impressions from the keynote

Despite the lack of any photo leaks this time, there were no real surprises – it was exactly what we were expecting to see. But no less impressive for that.

The near-all-screen design is of course fantastic. But I also love the square edges – even if it did make me feel sad again that the iPhone SE 2 dream is gone. Square edges can be uncomfortable to hold in a larger device, but these ones look to have just enough rounding that I’m not expecting that to be an issue. 15% thinner, too, should help.

I’ve been waiting impatiently for Face ID on the iPad ever since I got my iPhone X. It may be the ultimate first world problem, but Touch ID just feels clunky now compared to picking up a device and it automatically unlocking. I’m also looking forward to having the same gesture-based navigation.

Apple made much of the performance enhancements. I’m sure they matter in gaming, AR and a few other areas, but I can’t ever recall feeling that my iPad needed more speed.

Having the option of 1TB storage in an iPad is fantastic. For someone who uses an iPad for video work, that would be a dream. And companies who use them for engineering manuals and the like could have an entire library of manuals on tap.

But personally, 256GB is the sweet-spot for me. That’s enough that I don’t ever have to worry about it for my purposes. I can download loads of music for offline play, and do the same for Netflix and iPlayer movies and TV shows for a trip, and never get close to filling it.

I welcome the switch to USB-C. I like the idea of a single standard, and while we’re not there yet with the iPhone, that is clearly coming next year. The ability to use the iPad as a power bank for the iPhone by supporting outbound Power Delivery is also a neat touch.

The magnetic attachment for the new Apple Pencil makes that a far more practical accessory for mobile use. As ever, though, it’s not something for which I have any use personally: I can’t draw, and I never handwrite anything (I think landing cards when travelling are now the sole exception).

Speaking of accessories, I’m disappointed to see there’s no Smart Cover for it. I’ve always been happy to leave the back of my iPads unprotected, and found that the Smart Cover was the perfect compromise between protection and bulk. But this time around, I’m forced to go with the Smart Folio instead. Making a thinner device and then forcing me to make it thicker if I want screen protection seems a retrograde step.

Finally, I have no interest in Apple’s keyboard. I’ve never been impressed by the official iPad keyboard, so will wait for Brydge to create one for it.

As before, I’ve gone for the LTE model. I love the freedom of having mobile data wherever I am without the battery hit of iPhone tethering, and I often find that 4G connections are faster than coffee shop wifi.

So, my 12.9-inch LTE iPad with 256GB storage is on order for delivery on November 7, and I’m very confident I’ll be keeping it. I’m desperately hoping I won’t want the 11-inch one too!

While we got a sneak preview of the new MacBook Pro models when they were first announced back in 2016, sadly no such luck with the new iPads, so I’ll have to wait until mine arrives before I get my first look at it. Apple is, however, dispatching the folio case ahead of time, so I’ll at least be able to get a real-life impression of the size.

Let us know your own impressions of the new models in the comments.