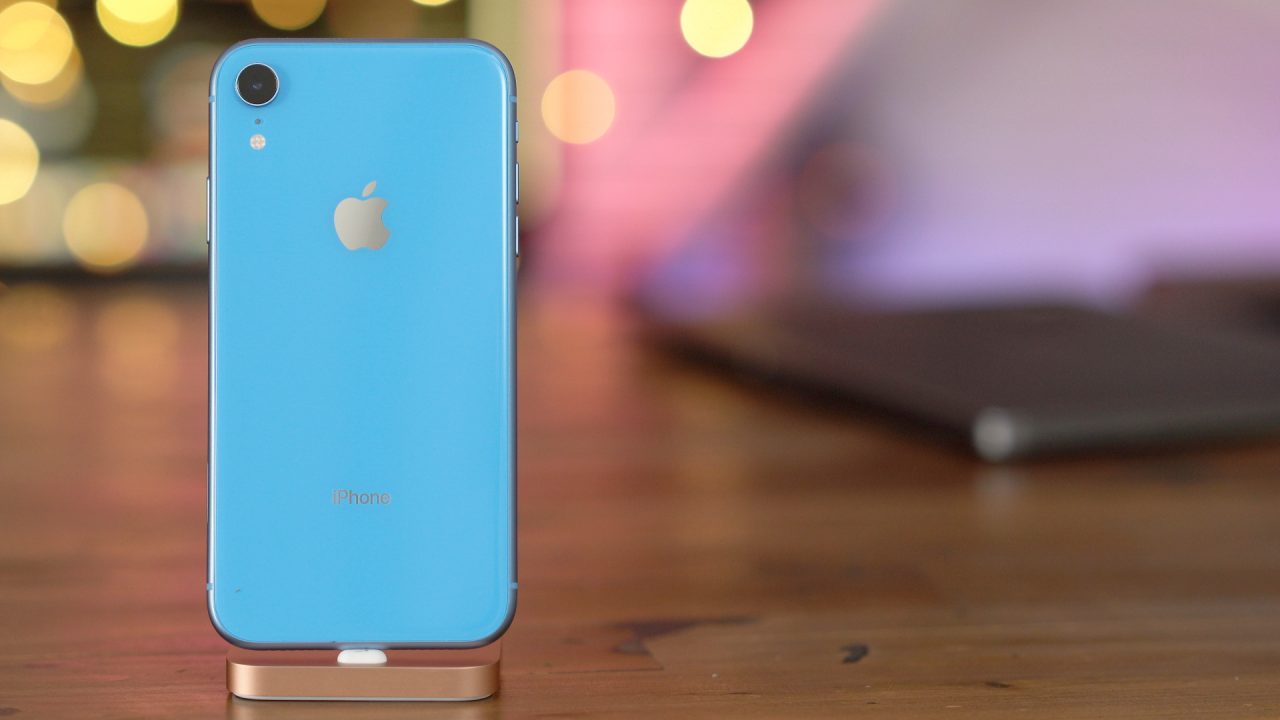 In our hands-on iPhone XR top features post, we discussed twenty of the best features found on Apple’s budget-minded iPhone. The iPhone XR, as it turns out, is a great phone that I think anyone looking to upgrade from pre-iPhone X devices should consider. It features the same A12 processor as the latest iPhone XS, the same enhanced wide angle camera, and comes with high-end niceties like an all-screen display and Face ID.

The iPhone XR is a compelling new hardware release for Apple, and it starts at $749, which is much less than the $999 entry-level price of the flagship iPhone XS. Yet, the iPhone XR isn’t perfect. Compromises needed to be made to meet such a price point, and some of those compromises are relatively glaring. Watch our hands-on video as we consider some of the worst iPhone XR features.

The LCD has its benefits. First and foremost, it’s significantly cheaper than the OLED screen found in the iPhone XS. It’s also brighter, and yields better battery life overall. If you’re coming from a device like the iPhone 7 or iPhone 8, then you probably won’t care about the downsides of the iPhone XR’s LCD screen. On the other hand, if you’re coming from an iPhone X, the display differences are noticeable, especially in certain situations.

For starters, LCD screens are backlit, and that can result in noticeable backlight bleed, especially while in dark environments. Secondly, because of the backlight, black levels aren’t as good as the OLED screen in the iPhone X or iPhone XS, especially when viewing the device off axis.

And although the iPhone XR display supports wide color and colors look relatively good, it’s missing the color “pop” that you find on the Super Retina display of the OLED models. The XR has a fine LCD screen, but it’s simply not as appealing to the eye as the displays found on the iPhone X and XS.

The iPhone XR, with its 326 ppi is technically a Retina display, but considering the iPhone 4 featured the same ppi, it meets the definition in the earliest sense of the marketing term. 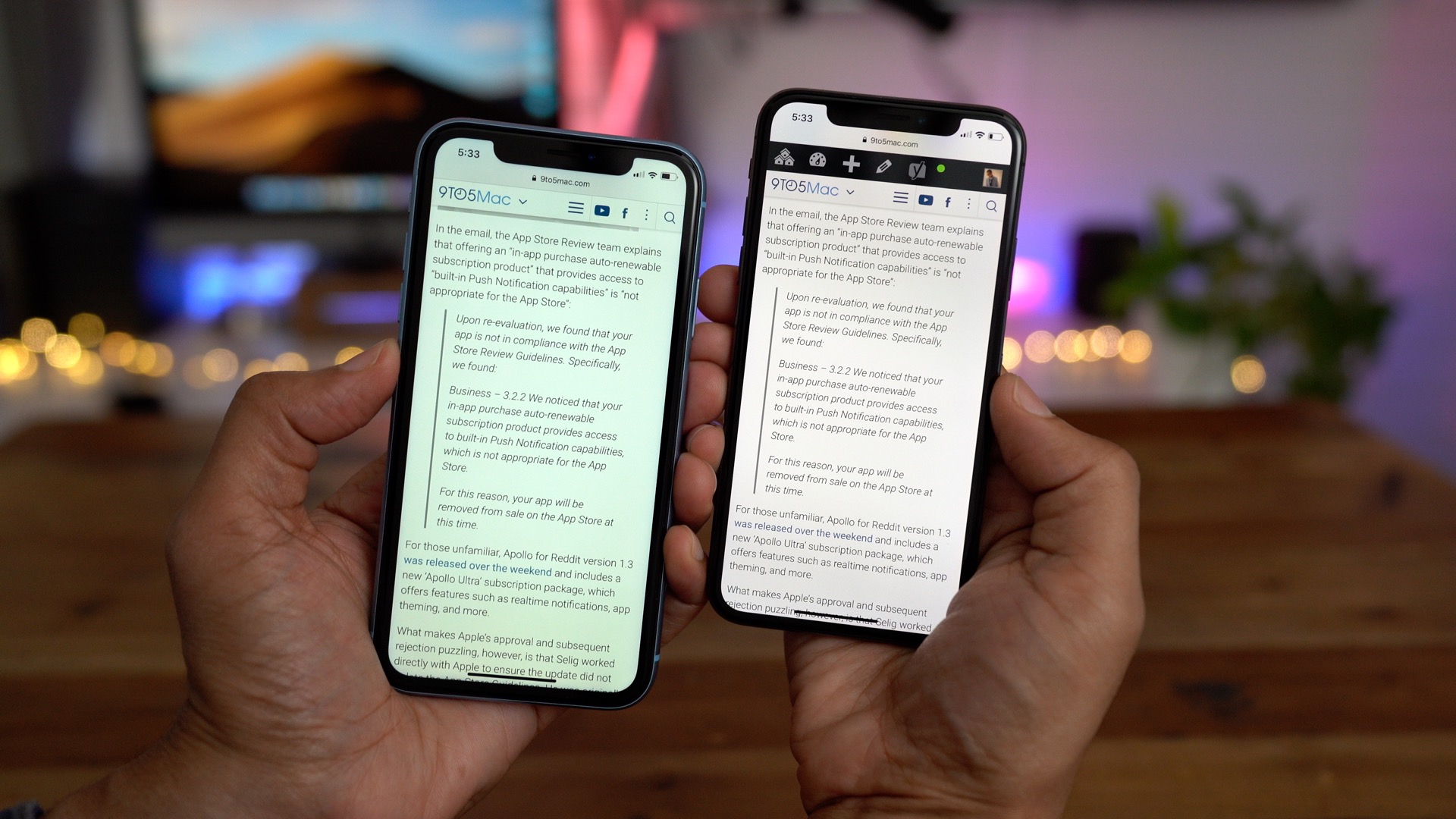 Newer iPhones feature significantly denser displays from a resolution standpoint — the iPhone XS ships with a 2436‑by-1125‑pixel resolution display at 458 ppi, for instance — while the iPhone XR stands at a relatively pedestrian 1792-by-828 within a slightly larger display area.

3D Touch is one of the most underrated iPhone features, and continues to fly under the radar as far as its usefulness is concerned. A lot of people with 3D Touch-enabled iPhones don’t even recognize that the feature is available, which is unfortunate given its usefulness. With this in mind, Apple probably didn’t have to think long about dropping the feature to save money on the iPhone XR. 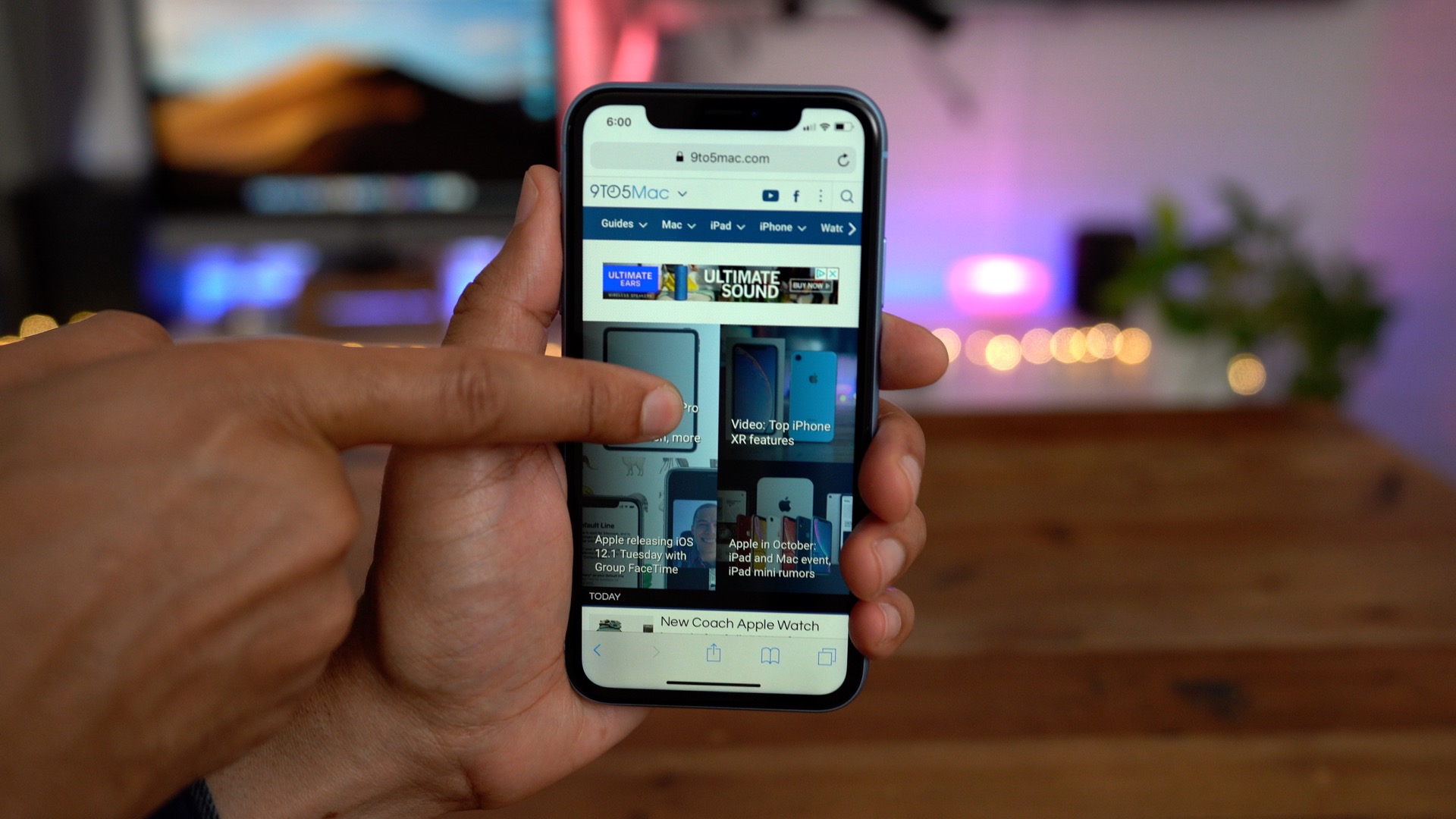 But if you’re like me, a big fan of 3D Touch, then the omission is a big loss. It means that you no longer have the ability to use Quick Action Shortcuts from the Home screen app icons, potentially slowing down your workflow. It also means no live wallpaper, and no peek and pop actions within supported apps.

Of course, Apple implemented a new Haptic Touch feature to fill in for 3D Touch in certain key areas, such as with the Lock screen camera and flashlight shortcuts, but Haptic Touch is the very definition of a poor man’s 3D Touch.

When I first held the iPhone XR I immediately commented on its thickness — it’s a fairly thick phone by Apple standards, and the thickest iOS device the company currently produces. At 8.3 mm, it feels noticeable thicker than the iPhone XS and iPhone XS Max, which are both 7.7 mm thick. If you’re coming from the iPhone 7 or 8, which are only 7.1 mm and 7.3 mm thick respectively, the difference is even more noticeable. 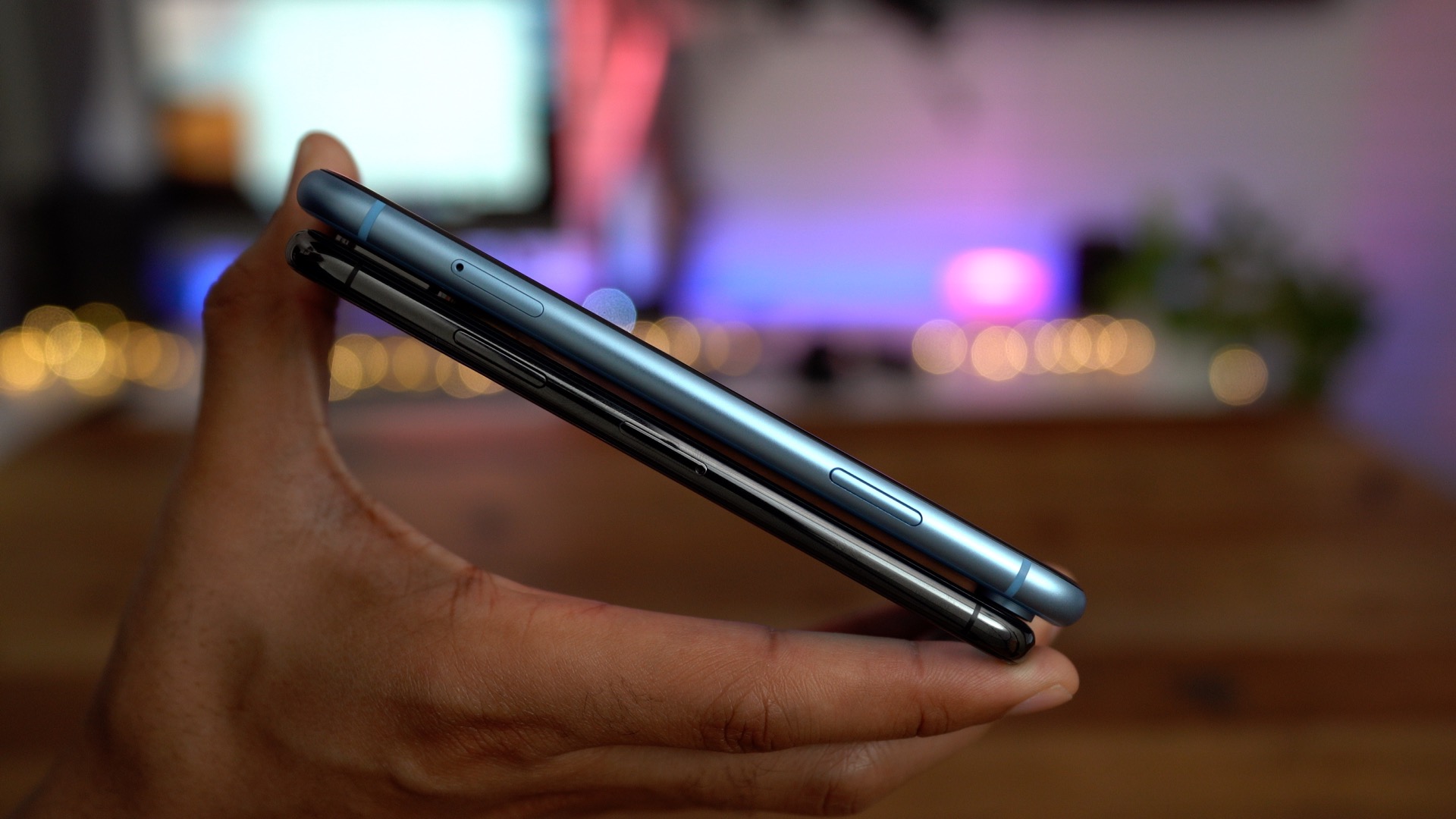 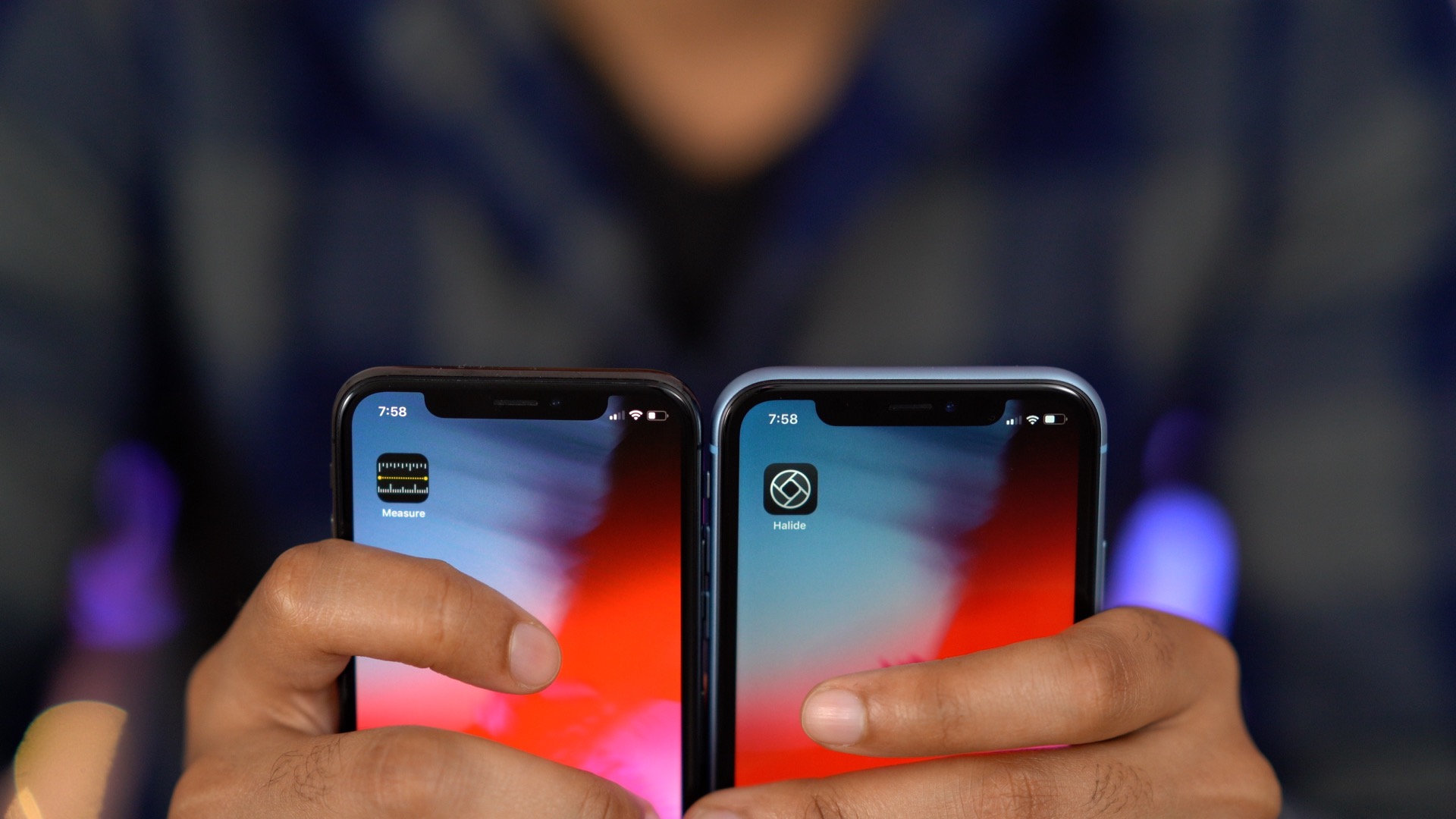 The iPhone XR lacks the dual camera setup of the flagship iPhone XS, which means you don’t get all of the extra bells and whistles that are made possible as a result. Missing features include 2x zoom, which uses the telephoto lens. You still get digital zoom, but it’s not as desirable as real zoom using the secondary glass found on dual camera iPhones. 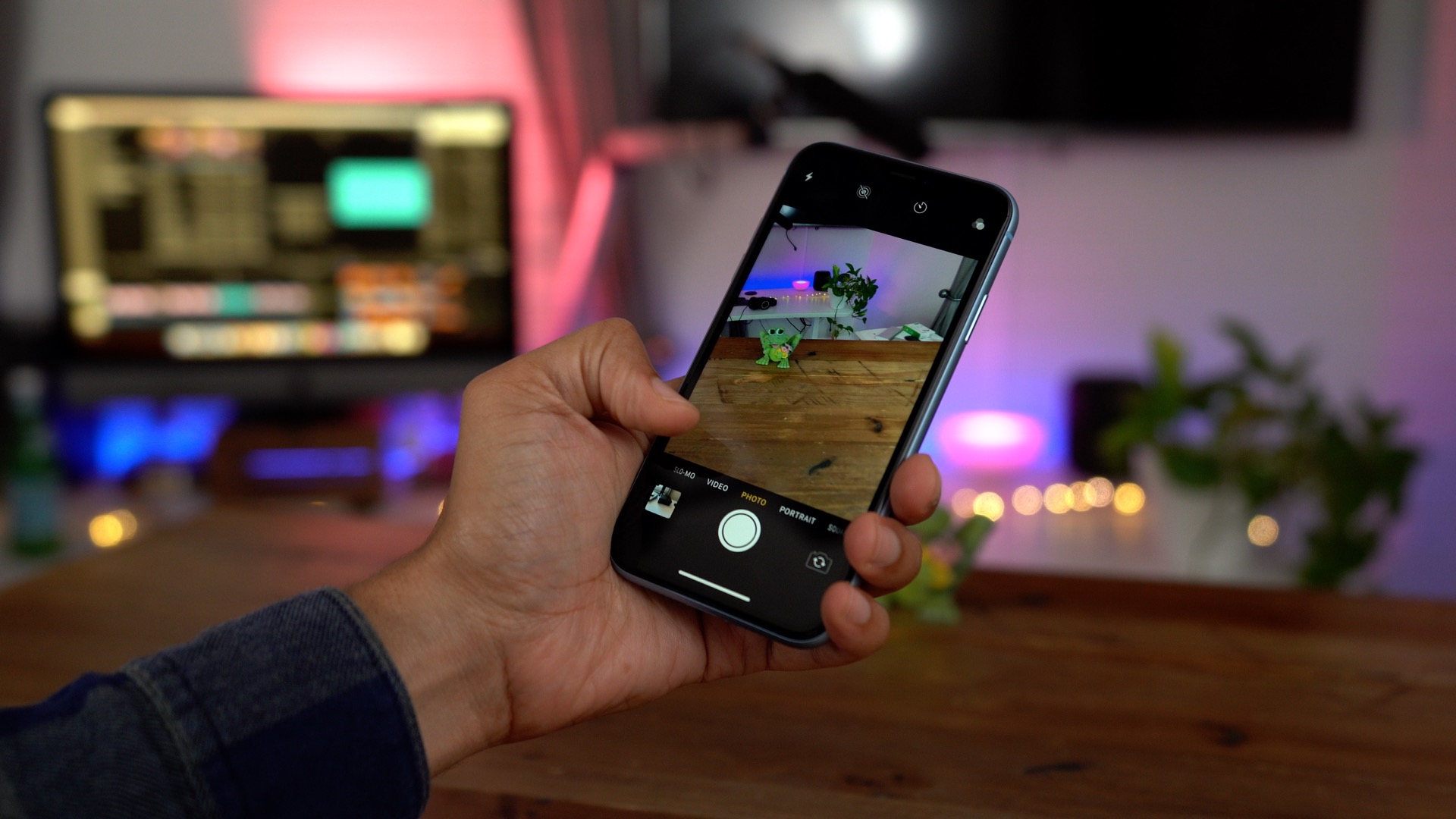 Other missing features include the inability to use Portrait mode with non-human subjects, including pets, although the third-party camera app Halide attempts to address this issue. You’ll also have to do without the stage lighting features found in Portrait mode on higher end phones, but in my opinion that’s not a huge loss.

One of the notable features of the iPhone XS is that it comes with more durable glass on both the front and the back of the device. The iPhone XR comes with the same extra-durable glass, but it’s only found on the front of your device. 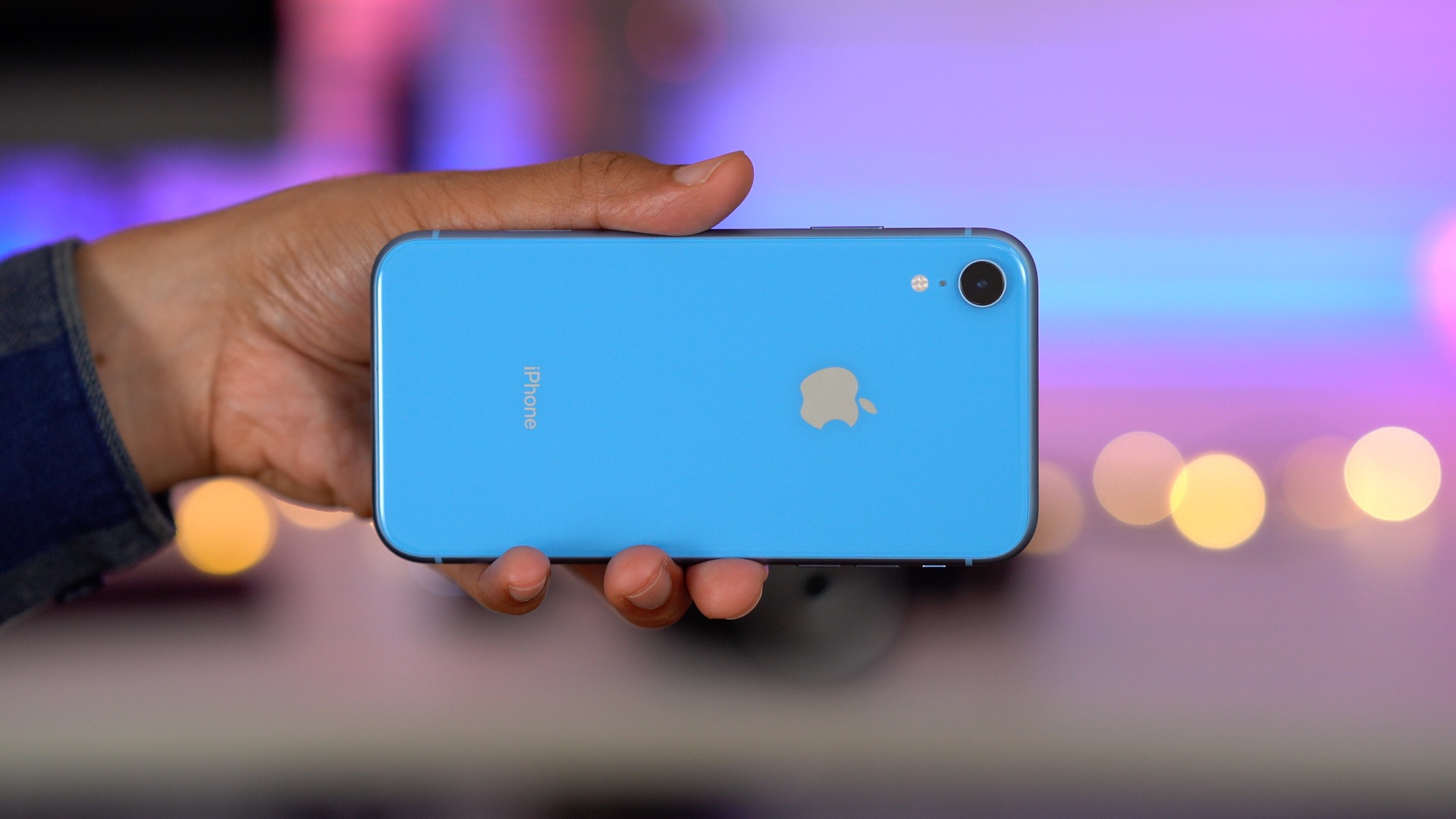 The stainless steel bands on the iPhone X and iPhone XS provide more than just a pretty exterior. Stainless steel is grippier than the anodized aluminum bands the wrap around the exterior of the iPhone XR, which are more prone to accidentally slipping out of the hand in my experience. 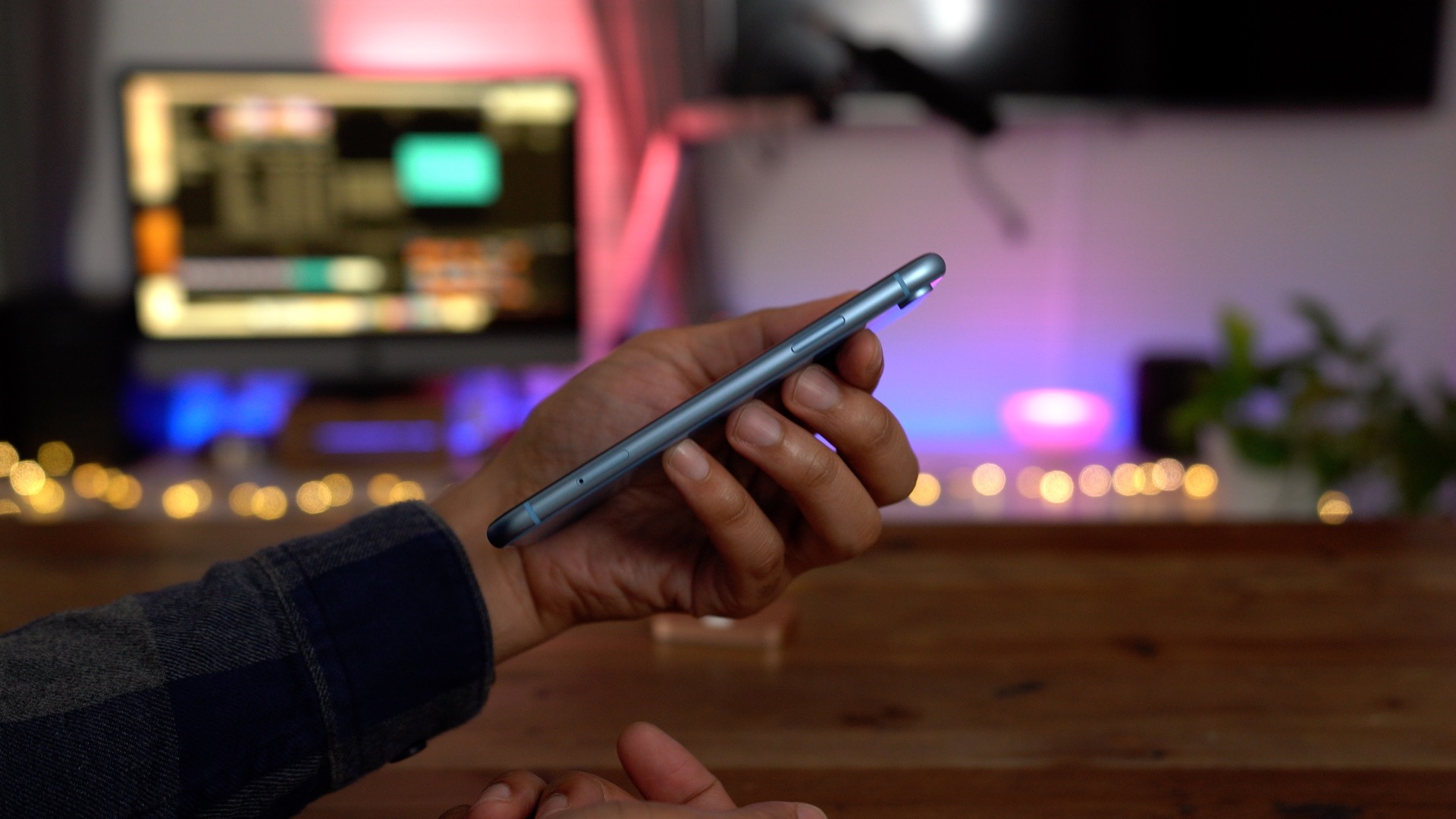 And that’s a bad thing, because there are no first party cases available. Although there’s are indications that Apple might soon launch its own clear case for the iPhone XR to accentuate the device’s variety of color options, no such case is available as of this writing. In fact, there were a total of zero first party cases available for the iPhone XR at launch. If you want an iPhone XR case, you’ll need to consider third party options for the time being. 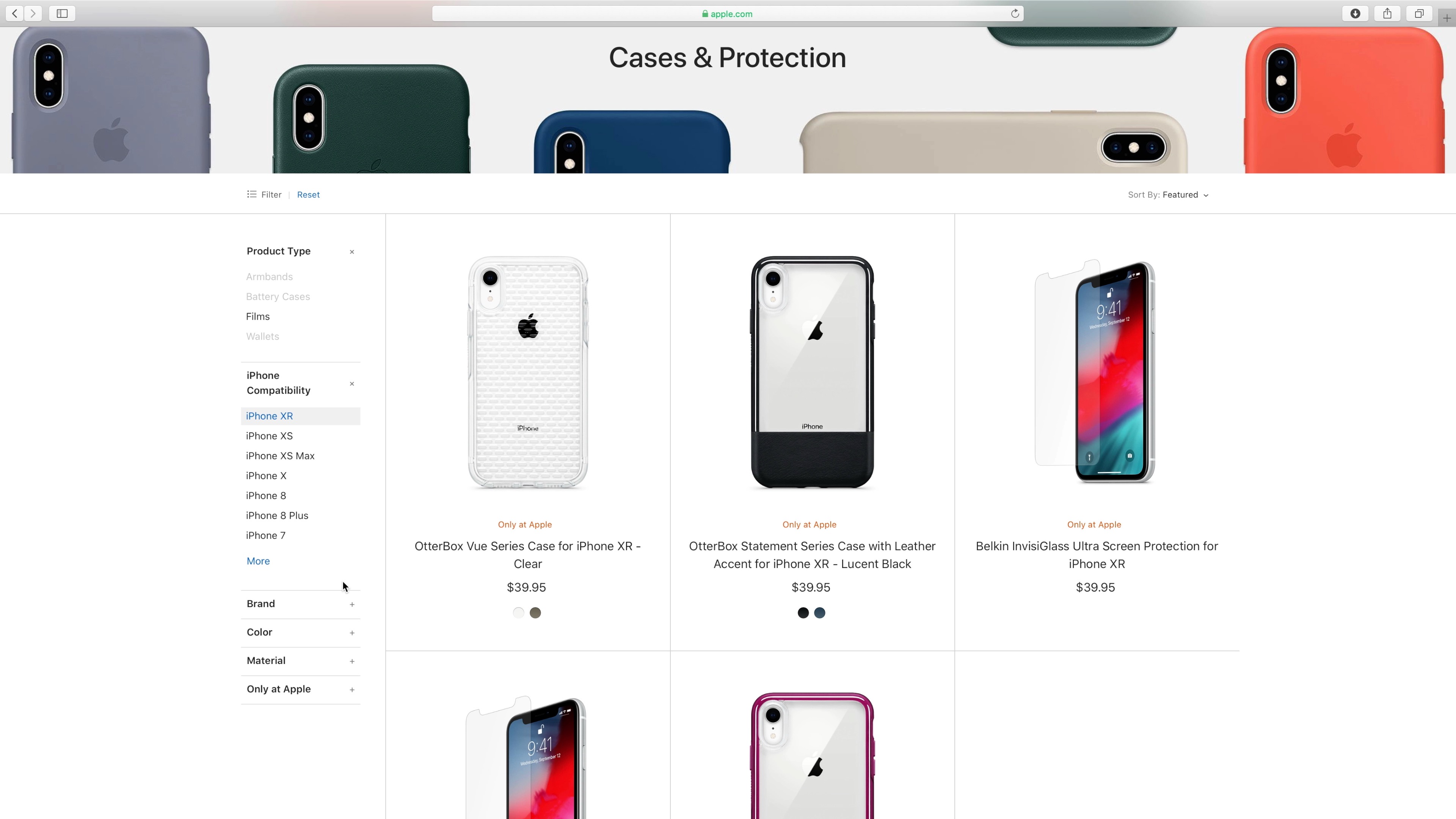 With the release of the iPhone XS, Apple stepped up its water resistance for its smartphones with an IP68 rating (maximum depth of 2 meters up to 30 minutes). The prior iPhone X, and the just-released iPhone XR, feature IP67 ratings (maximum depth of 1 meter up to 30 minutes), which still provide a measure of protection, but doesn’t instill as much confidence as the IP68 rating. 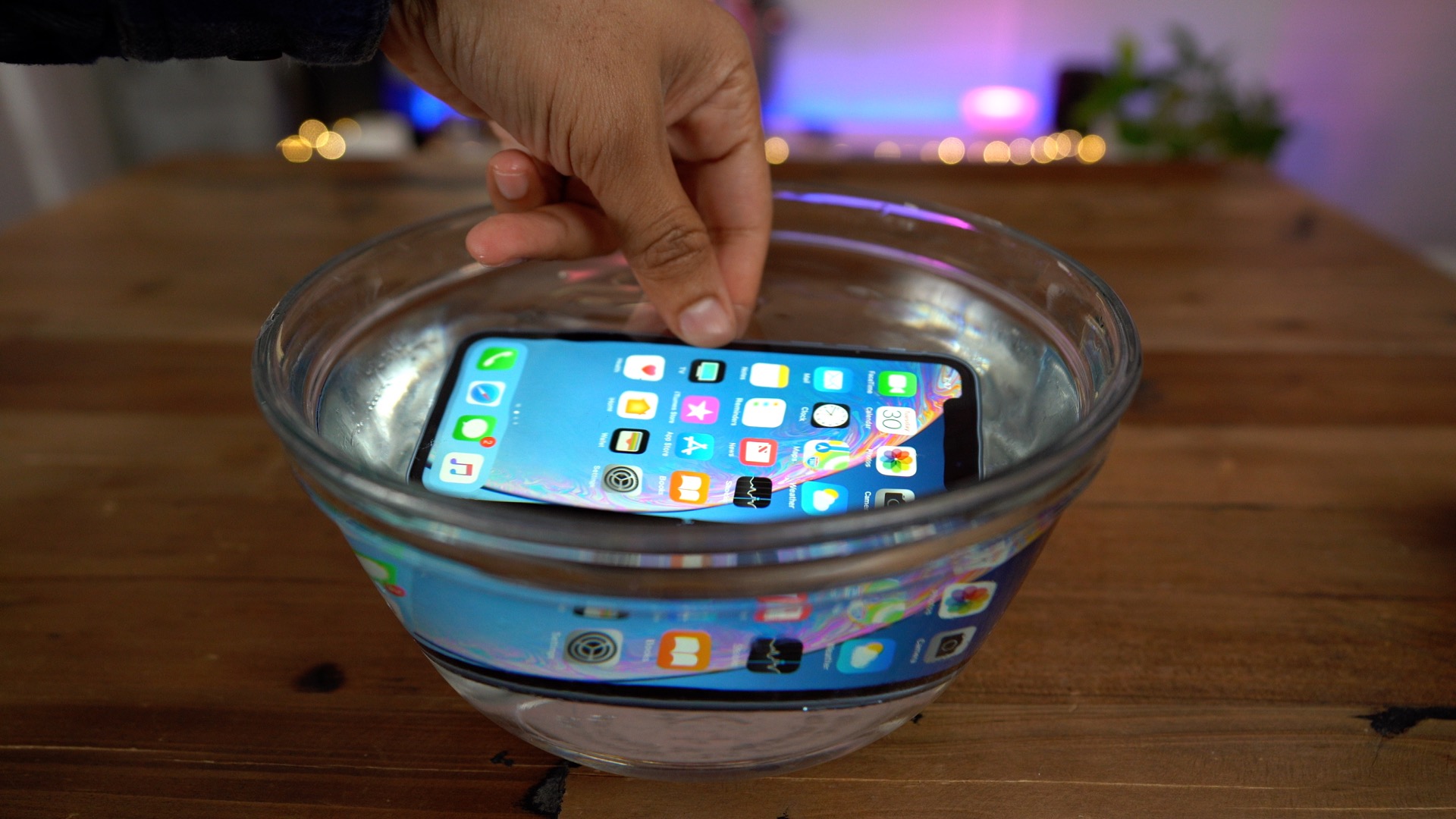 This list of items is by no means an attempt to disparage the iPhone XR or those who decide to purchase it. In fact, as I noted in my top features post, the iPhone XR is a great buy, and well worth considering if you’re upgrading from an older iPhone. But we have to be realistic about what the iPhone XR is, and note that compromises were made in order to meet Apple’s desired price point and margins. 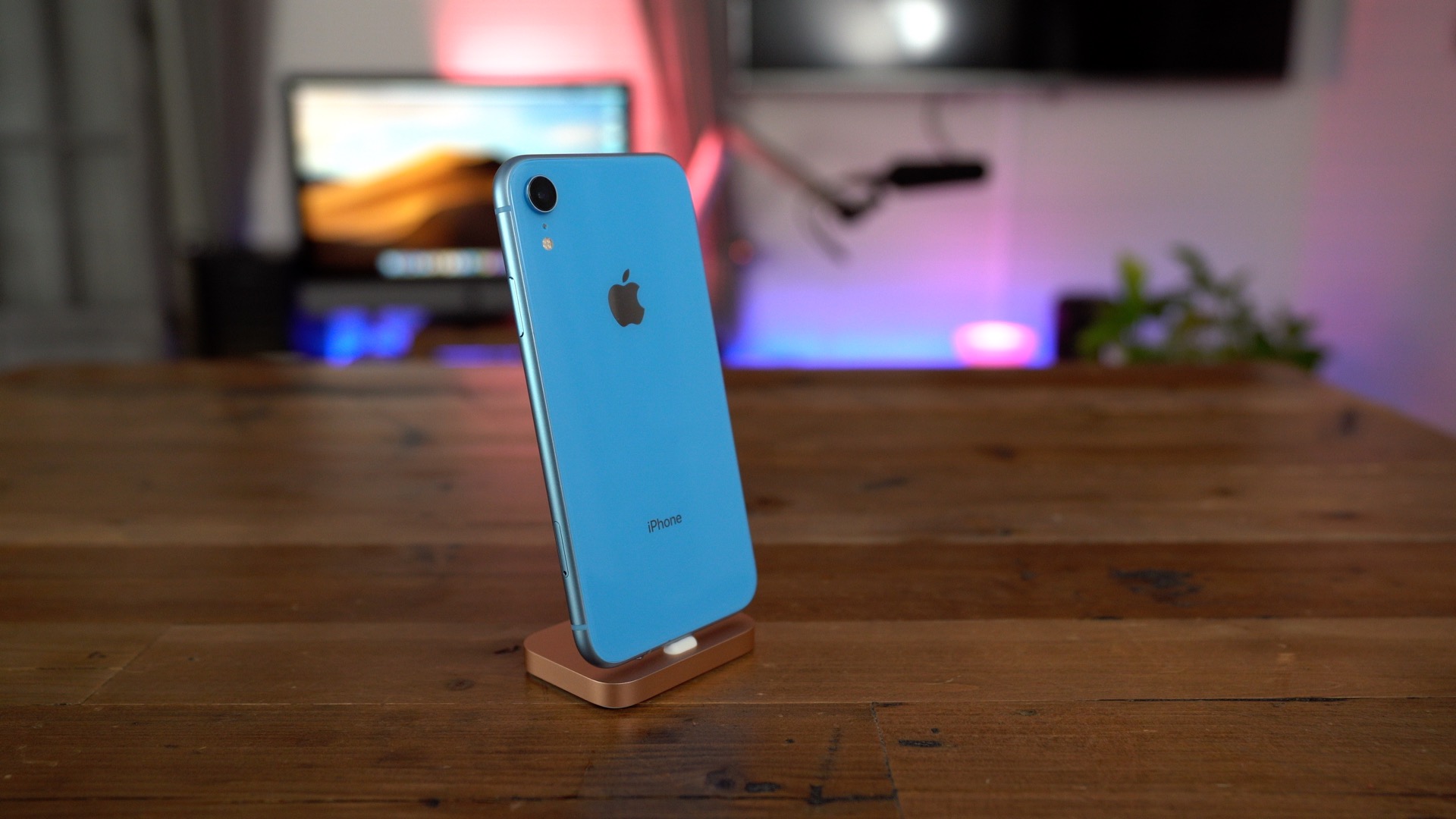 Given its upsides and downsides, what are your thoughts on the iPhone XR overall? Is it the phone you’re considering upgrading to, or have you decided to go with an iPhone XS or XS Max? Sound off in the comments below with your thoughts and opinions.