This week’s Apple event in Brooklyn introduced more than new Macs and iPads. Today at Apple, the company’s platform of in-store creative sessions, received a massive update. After launching globally 18 months ago, the results of Apple’s efforts are beginning to show in a big way. While new hardware and slick designs catch eyes, Today at Apple is becoming Apple’s most underestimated competitive strength in metropolitan areas and a powerful platform to feature upcoming creative talent on a local and global level.

“No-one else has anything like Today at Apple,” Tim Cook said onstage this past Tuesday. His comment represents more than a transitional remark. While Apple’s hardware, software, and physical stores are constantly cloned by competitors, Today at Apple is an experience almost impossible to replicate. Just like the ecosystem created by the integration of iPhone hardware and iOS, Today at Apple is only possible through the combination of well-designed retail spaces and a vibrant creative community. Retail SVP Angela Ahrendts has often compared Apple stores and Today at Apple to hardware and software.

In Shanghai, China, smartphone maker Huawei has recently opened a new “Smart Living” store that takes cloning Apple’s retail layout to the next level. Beyond using a similar aesthetic, the store attempts to replicate Apple’s Forum, Video Wall, and seating. But lacking compelling content or an interested community behind it, Huawei’s Forum will feel uninspired. 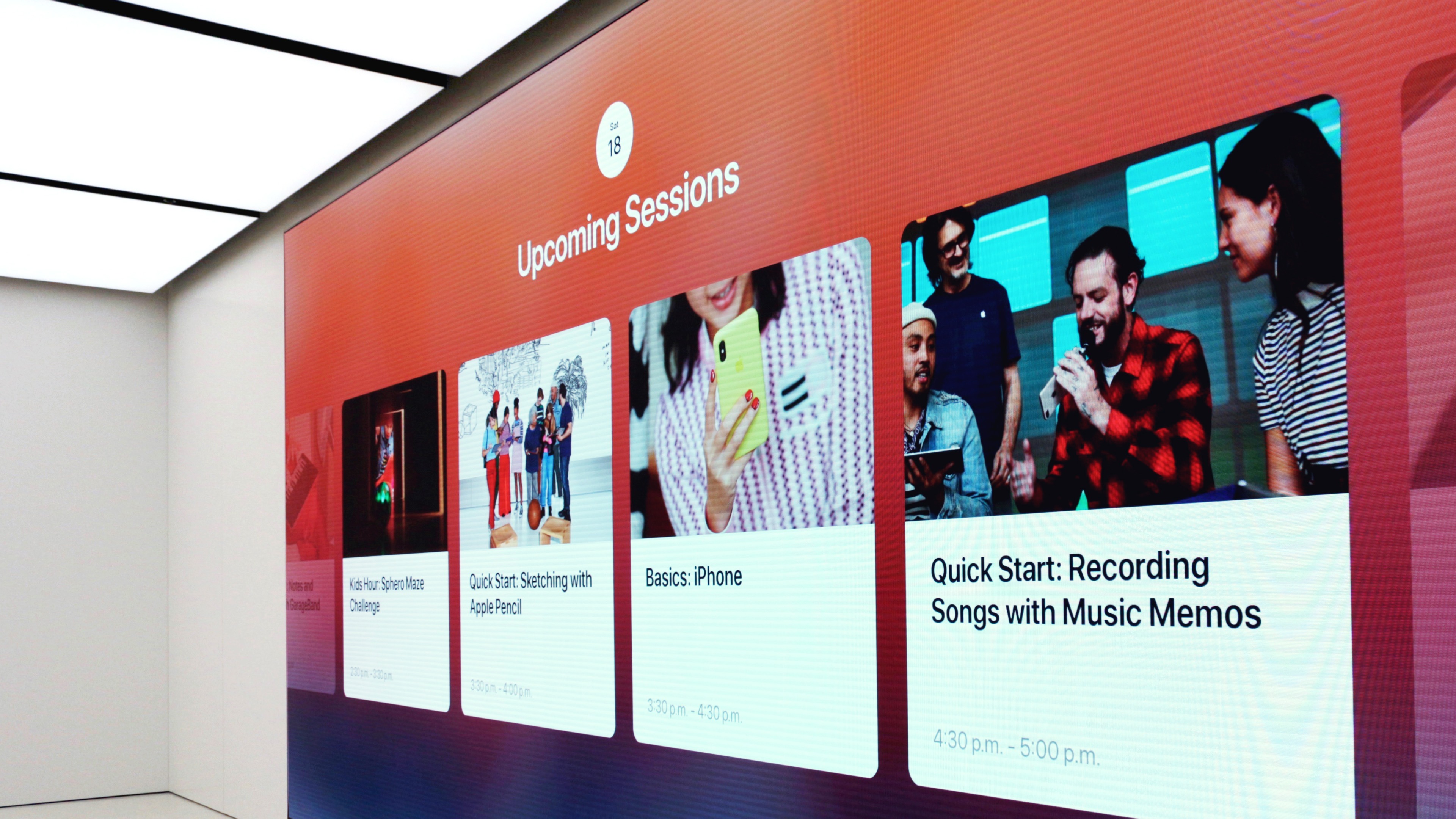 The same is true of other competitors like Microsoft, Samsung, and Google. Would you go to a Photo Walk at a Microsoft store? Do you trust a Google retail employee to teach you how to draw? Is there a group of passionate musicians dedicated to Samsung platforms?

Apple has captivated the creative community for over 40 years, and many people across the world have done their life’s work with Apple products. This year’s “Behind the Mac” ad campaign perfectly encapsulates why people are excited about Today at Apple.

In-store sessions aren’t totally new. Apple stores have held workshops in one form or another since their introduction in 2001. But until Today at Apple, sessions were more focused on technical training and lacked the same creative spark.

As Apple taps the enthusiastic base of creators loyal to its products, retail messaging has changed. Last year at Steve Jobs Theater, Angela Ahrendts noted that new Apple stores are more like “town squares,” a comment that made waves on social media. 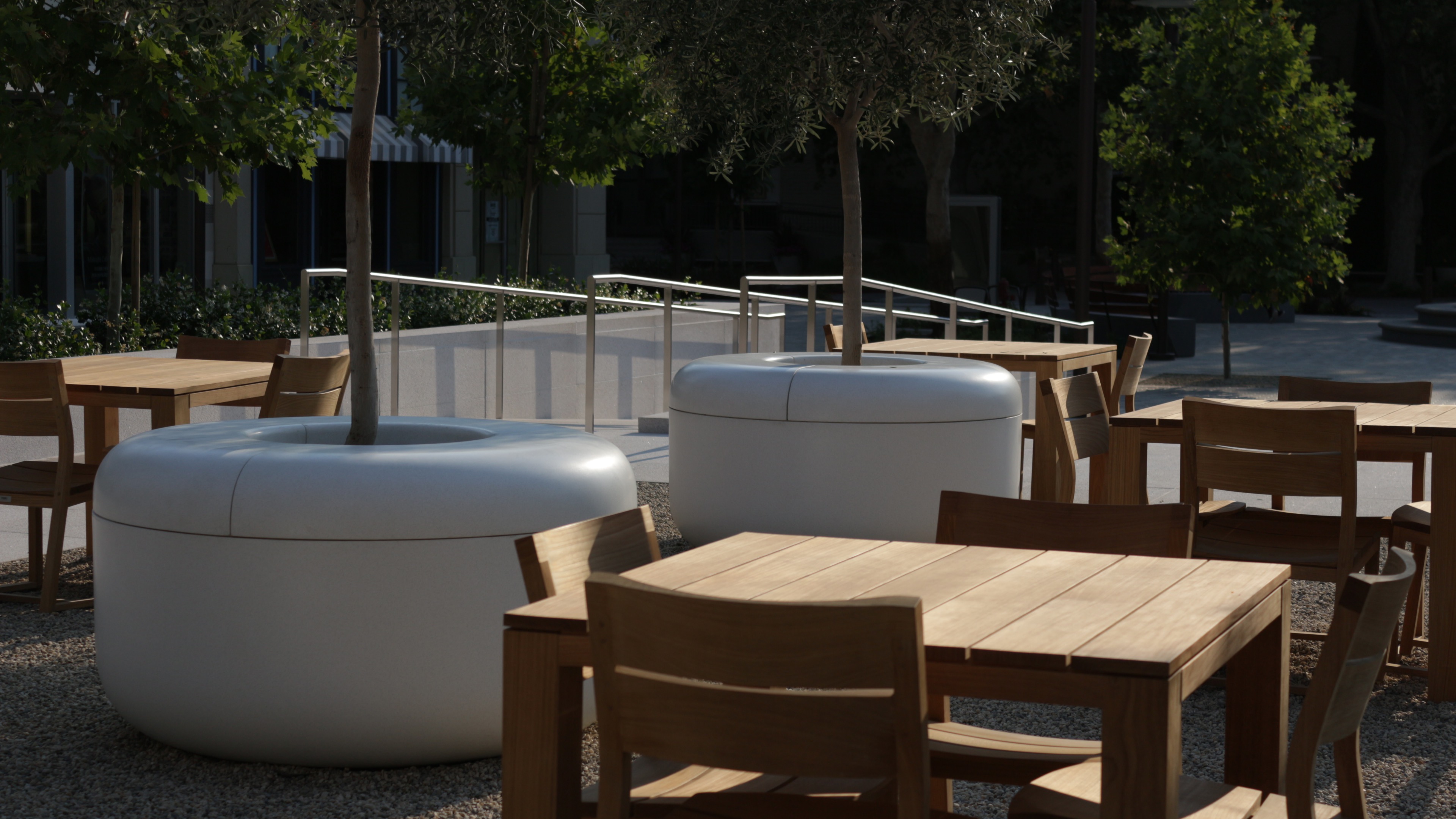 This year’s retail update was entirely focused on Today at Apple. Physical spaces receded to the background. Ahrendts announced the launch of Today at Apple in Thailand rather than the opening of a new store. This is a subtle but important distinction. In cities where the idea of a retail store or a privatized “town square” has been met by a sour reception, positioning Apple’s locations first as event venues with a side of product sales may prove more palatable.

Out of the 60 new Today at Apple sessions announced to arrive soon, several have been co-created with rising experts in their respective industries. Apple piloted two co-created sessions this summer with musician Florence Welch and photographer Chase Jarvis, and is now expanding the initiative. As more classic stores add Forums — 70 will next year — the opportunity to design a session with Apple will become a source of invaluable exposure for creators. 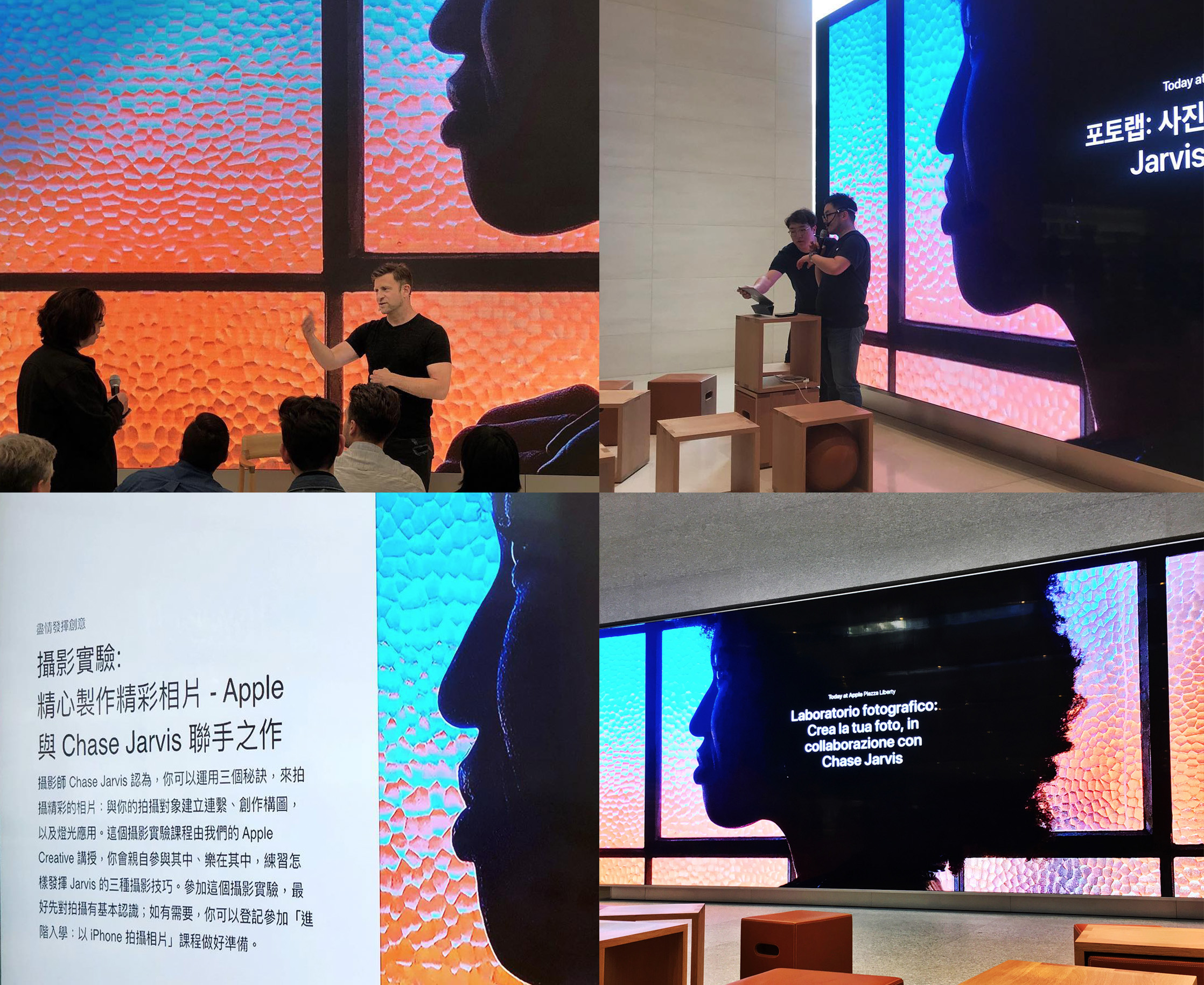 Apple retail stores boast 500 million visitors each year, and 18,000 sessions are now hosted every week. Walk into any store from New York to South Korea right now, and you’ll see the same imagery displayed on every Video Wall. The ability to reach an audience that wide in a physical space has never been possible before.

While Apple can be shy about revealing the creators behind some of its commissioned art, Today at Apple has been a model citizen. It’s reminiscent of the iPod days, where a band’s visibility could be catapulted by a feature in an Apple ad. In addition to co-created sessions, Apple has taken event planning to a global scale. Local talent is often spotlighted on a store-by-store basis with one-time sessions.

It’s no longer wise to view Apple with the same lens as other retailers. Comparisons to competing brick-and-mortar chains are quickly losing relevance as Apple executes in directions others have yet to explore. Today at Apple isn’t just a program. Today at Apple is Apple retail.

Follow along with 9to5Mac‘s retail guide for more store news.