Comment: One small change to the MacBook could justify its spot under the new MacBook Air

Apple’s notebook lineup has been crowded and confusing for a while, and that’s especially true for the 12-inch MacBook and new MacBook Air. If Apple made one small change to the 12-inch MacBook, however, the prices for these two machines would make a lot more sense.

Introducing a new 13.3-inch MacBook Air that costs $1199 without replacing the $999 legacy MacBook Air lets us know that Apple is price sensitive about this notebook. It opted for faster Thunderbolt 3 ports like the MacBook Pro over standard USB-C ports like the 12-inch MacBook and it included the new T2 chip and Touch ID, but the display lacks True Tone color temperature adjusting and P3 color gamut support. Apple couldn’t check all the boxes of a modern Mac notebook and still hit $1199, and it couldn’t hit $999 without more concessions.

But the $1199 13-inch MacBook Air is larger and heavier than the $1299 12-inch MacBook — the Air modifier only makes sense when compared to the MacBook Pro. Depending on your needs, the MacBook Air may be a better value than the pricier and less powerful MacBook. That’s convoluted for a market where paying more usually means receiving more, and the higher MacBook price over the MacBook Air isn’t just for miniaturization which can actually warrant higher costs. 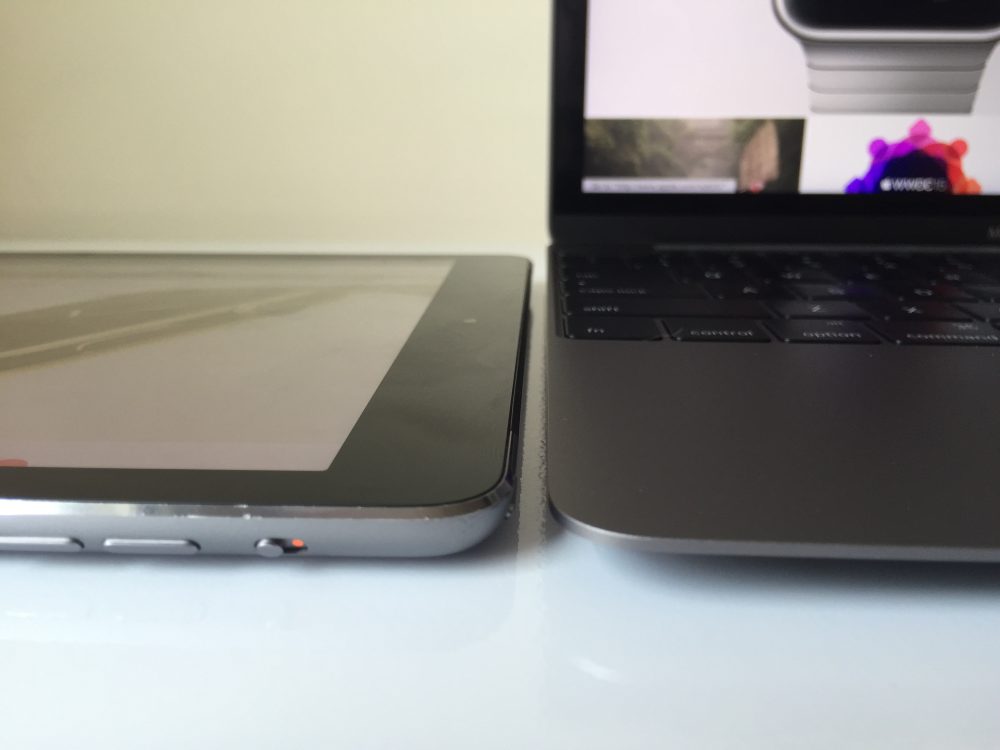 MacBook Air starts at $1199 only if you’re okay with 128GB storage. MacBook starts at $1299 and doubles the base storage amount to 256GB. If you want to double your storage for the MacBook Air and match the MacBook, the upgrade will cost $200 and bring the price to $1399.

When the MacBook was introduced in 2015, Apple decided that 256GB was the smallest amount of storage that could offer a positive experience. Three years later, Apple is okay with MacBook Air (and the new Mac mini for that matter) including half the storage.

At best, you can argue that the 12-inch MacBook doesn’t offer a cheaper option with less storage because more people would opt for it and Apple would leave money on the table, but I think the company would be okay financially either way.

My suggestion is simple: tweak the 12-inch MacBook lineup with a base model configuration that offers 128GB storage just like the 13.3-inch MacBook Air. Using the same $200 upgrade price for upgrading storage on the MacBook Air, we can assume this would bring the MacBook cost down to $200 to a starting price of $1099.

Apple already sells the MacBook Pro without Touch Bar and two Thunderbolt 3 ports for $1299 and guess what: it also has 128GB storage and 8GB RAM. In the case of the base model MacBook Pro, the power of the processor is enough to explain the higher price.

Apple wouldn’t have to change any other specs about the MacBook configuration to have this base lineup:

That lineup is a lot easier to explain and understand. The only hitch as it stands today is the base storage configuration in the 12-inch MacBook which gives us this head-scratcher:

I suspect Apple could keep the lights on in Cupertino with my lineup suggestion, and customers would have one less difference to parse when comparing MacBooks.