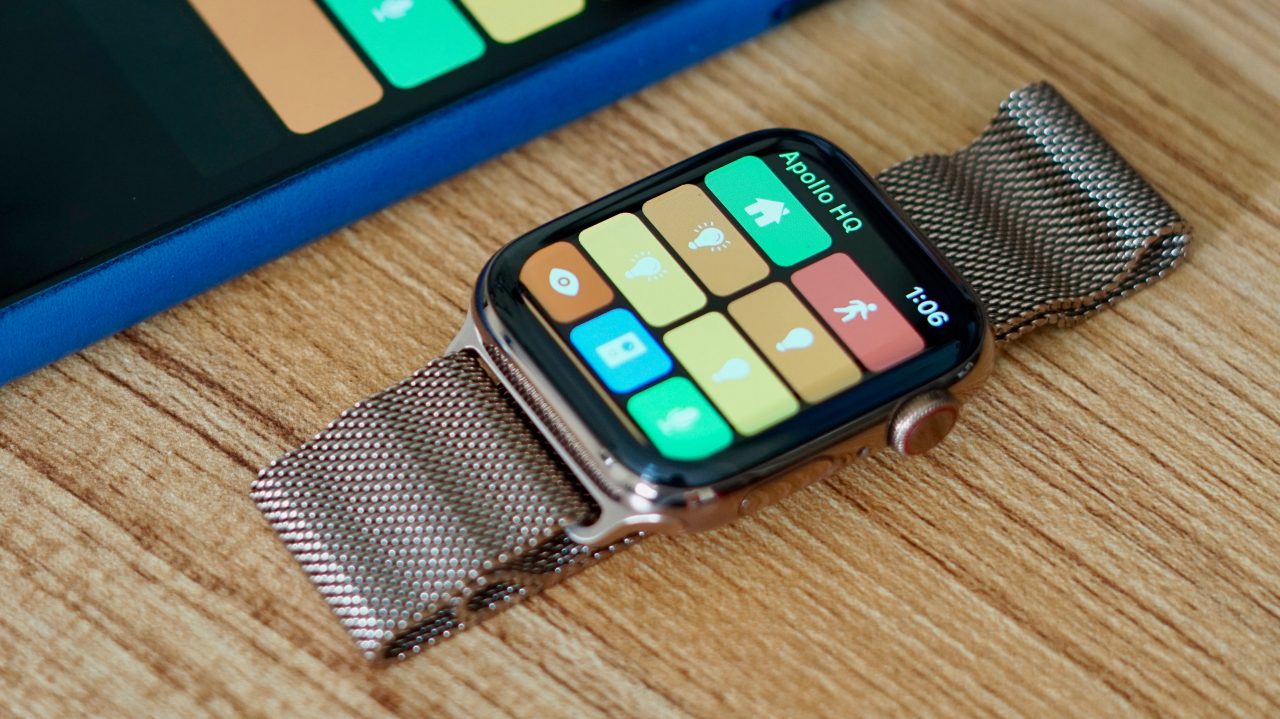 HomeKit scenes are combinations of accessory states across rooms. For example, you can have a good morning scene that turns on the coffee pot, turns off the ceiling fan, raises the window shades, and adjusts the thermostat. If you favorite this scene from the Home app on the iPhone, it appears as a tile in the Home app on Apple Watch.

Apple’s Home app on watchOS performs well on newer Apple Watches, but it’s sluggish on older models and can take a while to load if you have a lot of accessories. You can also only view up to two scenes on screen at once, and you can’t run scenes from the Home app complication. It’s just a Home app launcher.

HomeRun fixes a lot of problems with Apple’s Home app on Apple Watch. 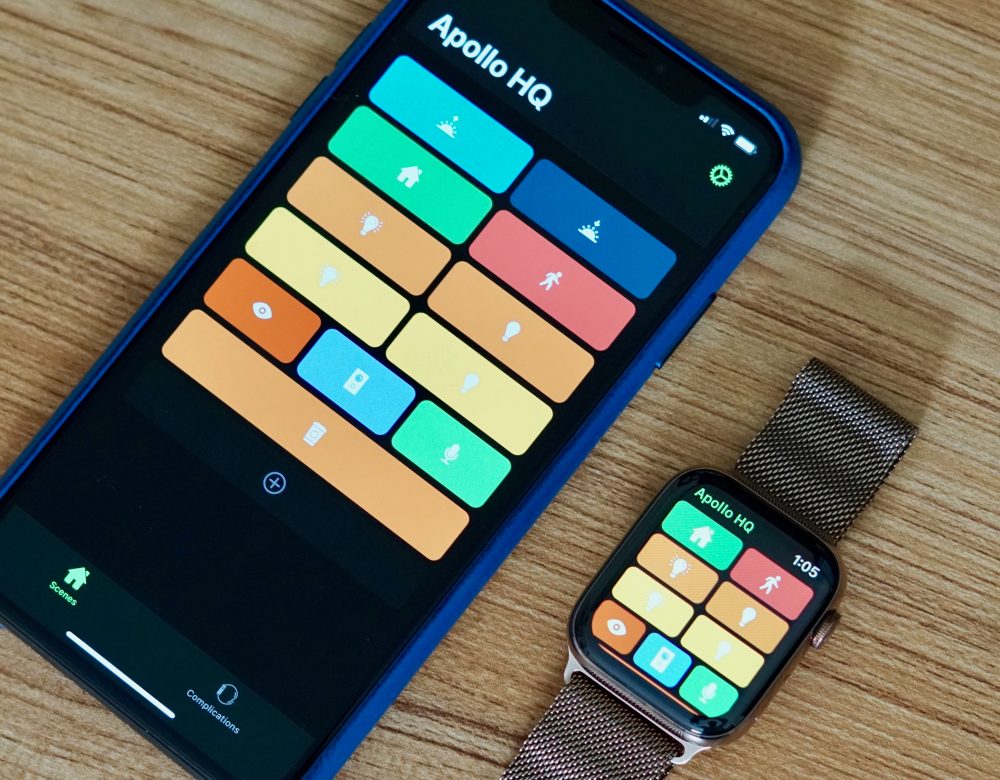 For starters, you don’t have to favorite a scene in the Home app on iPhone for it to appear in HomeRun for Apple Watch. Just create a tile for the scene on HomeRun for iPhone and it appears on the Apple Watch app.

HomeRun is also way more dense. Rather than being presented as a vertically scrolling carousel, HomeRun presents a grid of tiles that you can type to run HomeKit scenes. You can adjust the layout from the iPhone with one, two, or three tiles per line. HomeRun can show up to 12 HomeKit scenes on-screen without scrolling on the 44mm Apple Watch Series 4.

There are no labels in HomeRun which is how the app can be so dense. HomeRun instead relies on color and icons to create unique tiles that you customize from the iPhone and can identify on the Apple Watch to tap and quickly run scenes. Choose between 16 colors and a lot of icons. 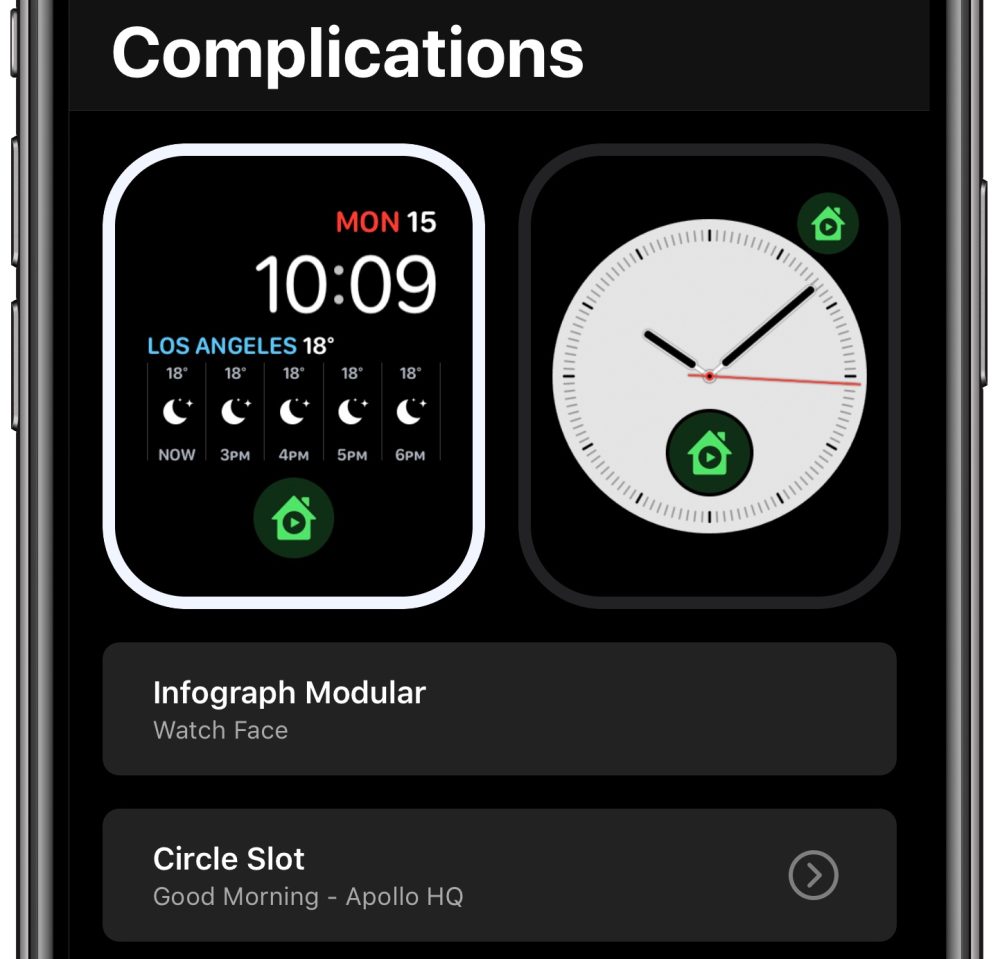 Controlling HomeKit with Siri is my preferred way to kick off scenes, but the built-in Home app and complication leave a lot to be desired if you want to control HomeKit scenes without voice control. HomeRun makes finding the right scene and firing it off super fast and convenient with a way more dense layout and customizable complication.

HomeRun for Apple Watch is available for $2.99 in the App Store. Highly recommended for HomeKit enthusiasts with Apple Watches. Check out Aaron Pearce’s other HomeKit apps here.